How two friends are bringing disco nights back to Toronto

Toronto-based disco duo Beam Me Up! has returned once again, bringing its signature disco nights to The Baby G.

Hosted by DJs John McLeod and Dylan-Thomas Childs, the collective celebrated its 10th anniversary in September and its first night back in over two years.

Friends since they were twelve years old, McLeod and Childs met at their house soccer league in Port Dover. Together, their collective love for soul and funk grew and soon would make its way to Toronto.

After one trip to Montreal over a decade ago, everything changed for the duo. 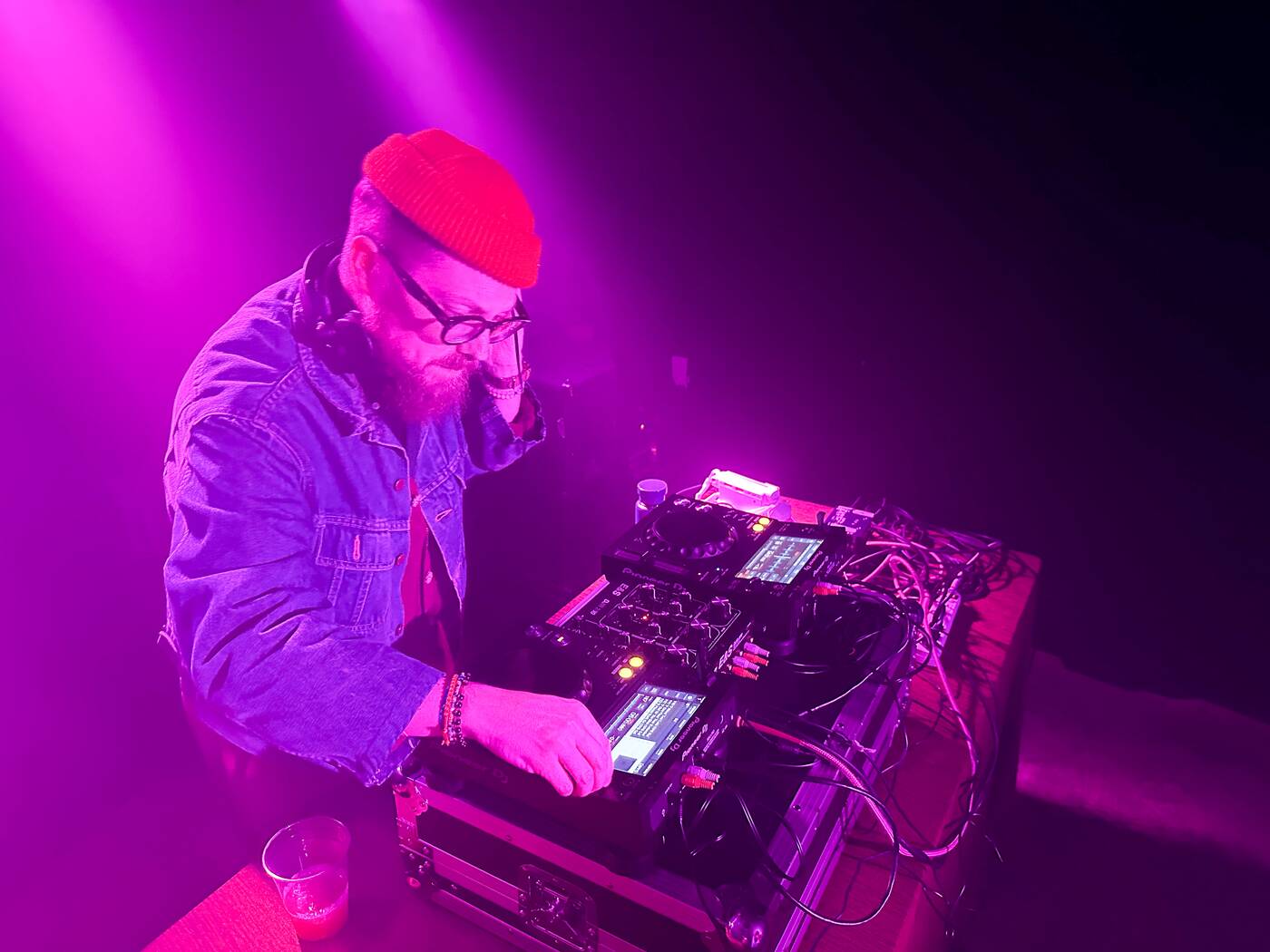 Dylan-Thomas Child, one half of the Patchouli Brothers, The Baby G, Dec. 11, 2022. Photo by Rhea Singh

"We went to this tiny party and it was all dancers, and they were playing disco, all disco," said Child. "John came back and said, 'this is our obsession.'"

That night, McLeod found himself asking the DJ about every song that played and the duo birthed the idea of bringing a disco party collective to Toronto. That's when Beam Me Up! was born.

The duo, known as the Patchouli Brothers, have been throwing disco parties since 2012, with the first party held on the east side. "It was a home furniture store and then it was a club, a strange little pub and they let us just throw some parties," said Childs. "Just very DIY."

Beam Me Ups! first official disco night was held at The Piston on Bloor St W, which would become a regular space used by the duo. Here is where they met the owner of The Piston, George, who mentored them and pushed the duo to DJ disco nights. 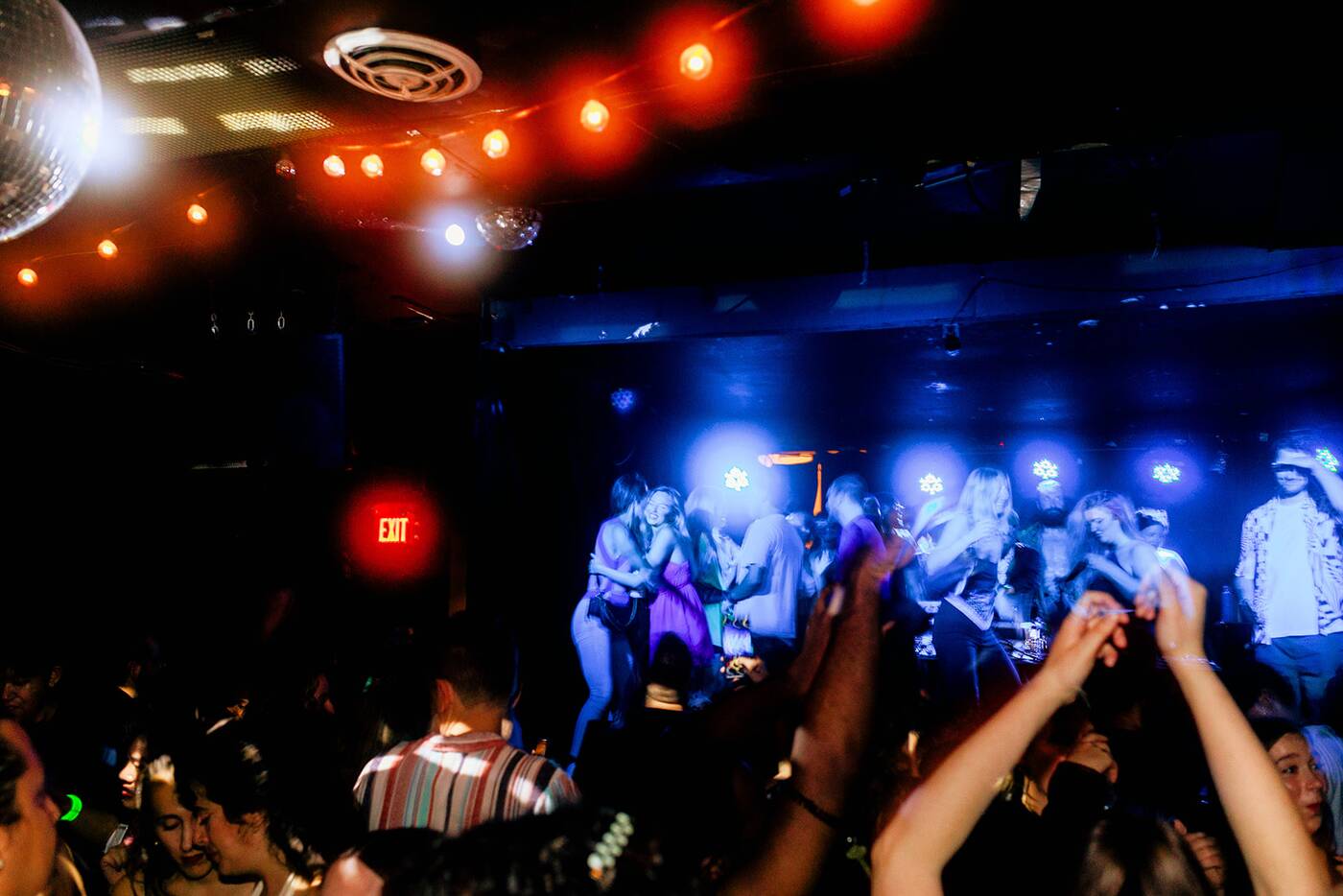 By 12 a.m., the stage is filled with dancers by the DJ set. The Baby G. Photo by Albert Hoang.

"In a lot of ways, he pushed that to happen, and he said 'you guys have something there,'" said McLeod. "He came up in the 80s and was playing and working in big clubs...he knows what he's talking about."

Throughout the 10 years of dancing to disco, the duo has held events at the Drake Underground as well.

Now, the disco duo is back after a two-year hiatus due to lockdowns. After their celebration in September, the party continued on the second Saturday of every month, held at The Baby G. The collective has also held disco nights in Montreal at La Sala Rossa.

The two-year hiatus hasn't stopped the duo from bringing back the parties, as McLeod said it gave them time to practice and dig into the music. It's also made people more excited and keen to come to the event.

A post shared by Beam Me Up Disco (@beammeupdisco)

"I think people appreciate what we all missed, so people are more eager to dance," said McLeod. "We're down to make up for some lost time."

A disco night with the duo consists of their iconic disco ball, 80s-esque outfits and Childs and McLeod spinning behind the deck. By 12:30 a.m., the stage is filled with not only the duo but partygoers dancing till closing.

Childs said the lineup for their anniversary and events after have been longer than usual and the turnout has been more than they expected. During the night, Childs said he would receive many messages and hopefully in the future they can host more people.

Beam Me Ups! impact hasn't just hit partygoers but its creators themselves. Childs met his wife at one of their disco nights and noticed her dancing in the crowd.

The space the duo has created has made a major impact on the city, securing the disco nights as essential to Toronto's nightlife. It also emphasizes the need for more disco-focused spaces. 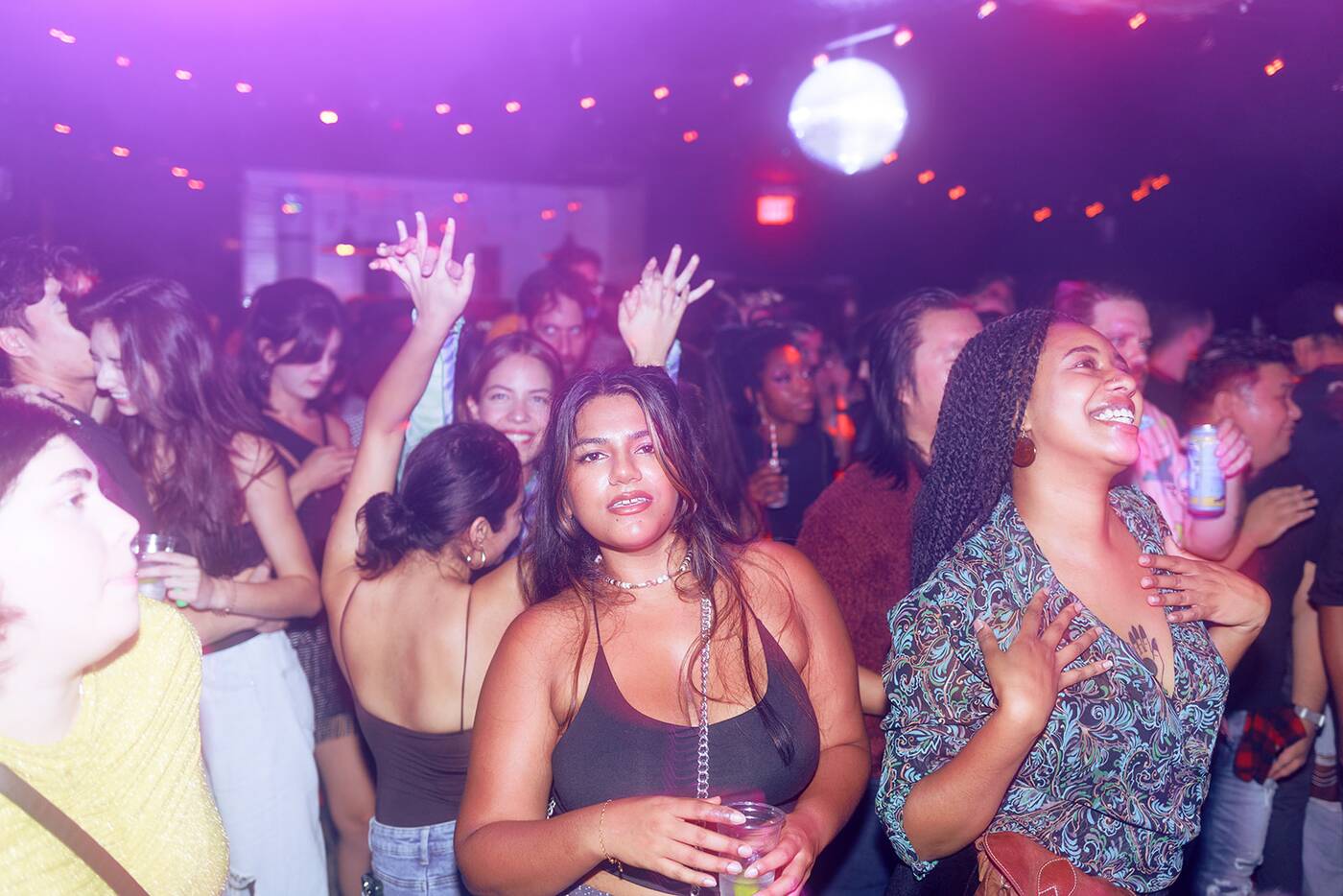 Beam Me Up! is hosted once a month on the first Saturday. The Baby G. Photo by Albert Hoang

"[Disco] has a lot of meaning, it makes you feel good and the world a little bit brighter," said McLeod. "This resurgence era [of disco] is going to be long lasting because it was tucked away for so long."

Next week, the duo is hosting their New Year's party at a larger venue; The Garrison.