Drake is selling his YOLO Estate mansion for $14.5 million and the pictures are nuts

Looking for a home that feels more like a luxury vacation resort than a house? Drake's got you, fam. You just need a cool $14.8 million to get the deed to his "YOLO Estate."

Champagne Papi is selling off one of his opulent residences in Hidden Hills, California, after moving on up to another mansion in the L.A. area (he reportedly just bought a new $70 million pad in Beverly Hills from Robbie Williams.)

The three-acre property is absolutely ridiculous, in the Drakiest of all ways, featuring its own massive pool with spa grotto, an 80-foot-long rock waterslide, a 25-seat movie theatre, champion tennis and basketball courts, equestrian trails and even a mechanical riding bull for some reason. 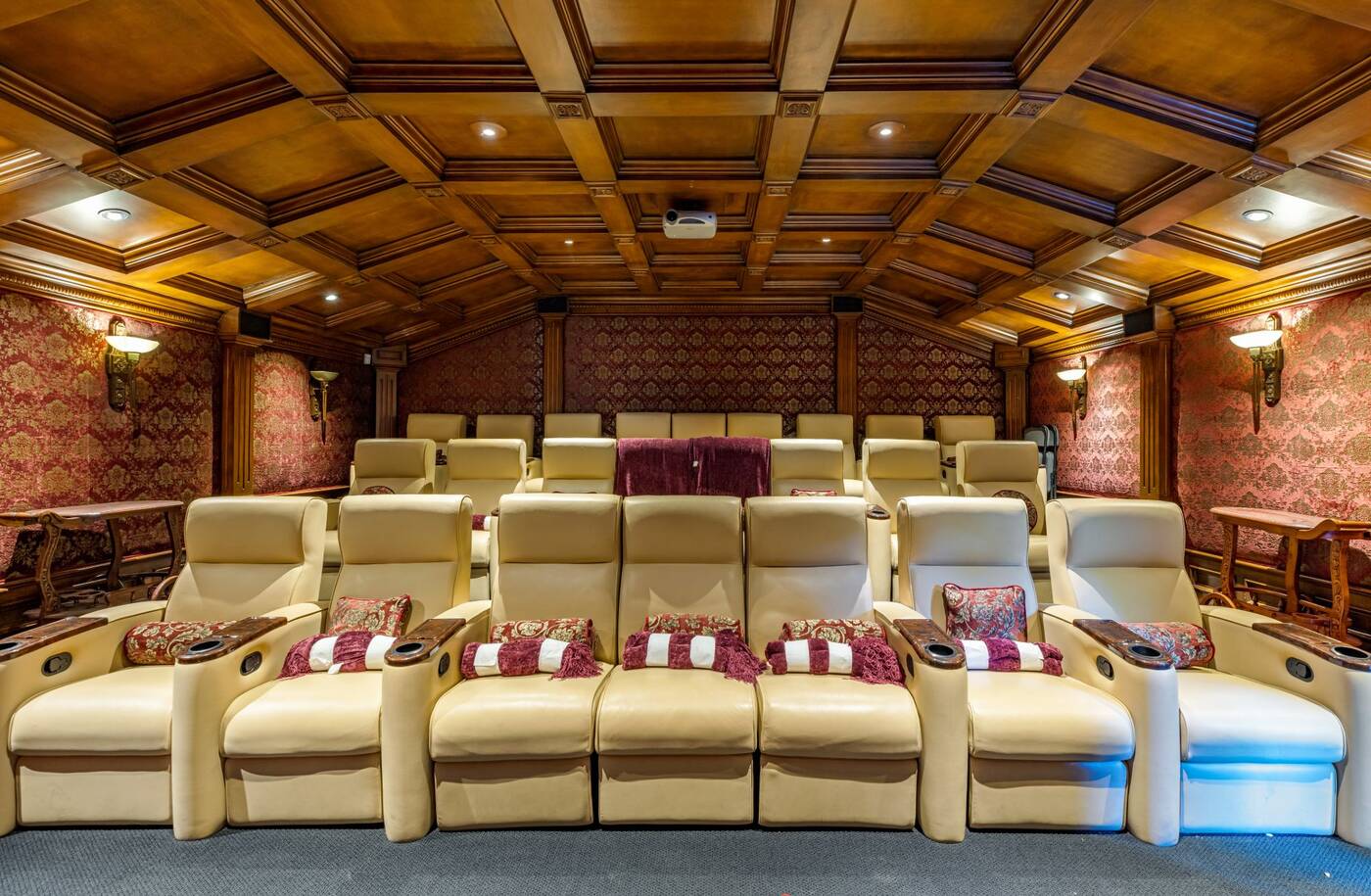 It's like Drake's own little Playboy mansion... quite literally; Fortune reports that the estate was once owned by the late Hugh Hefner himself. 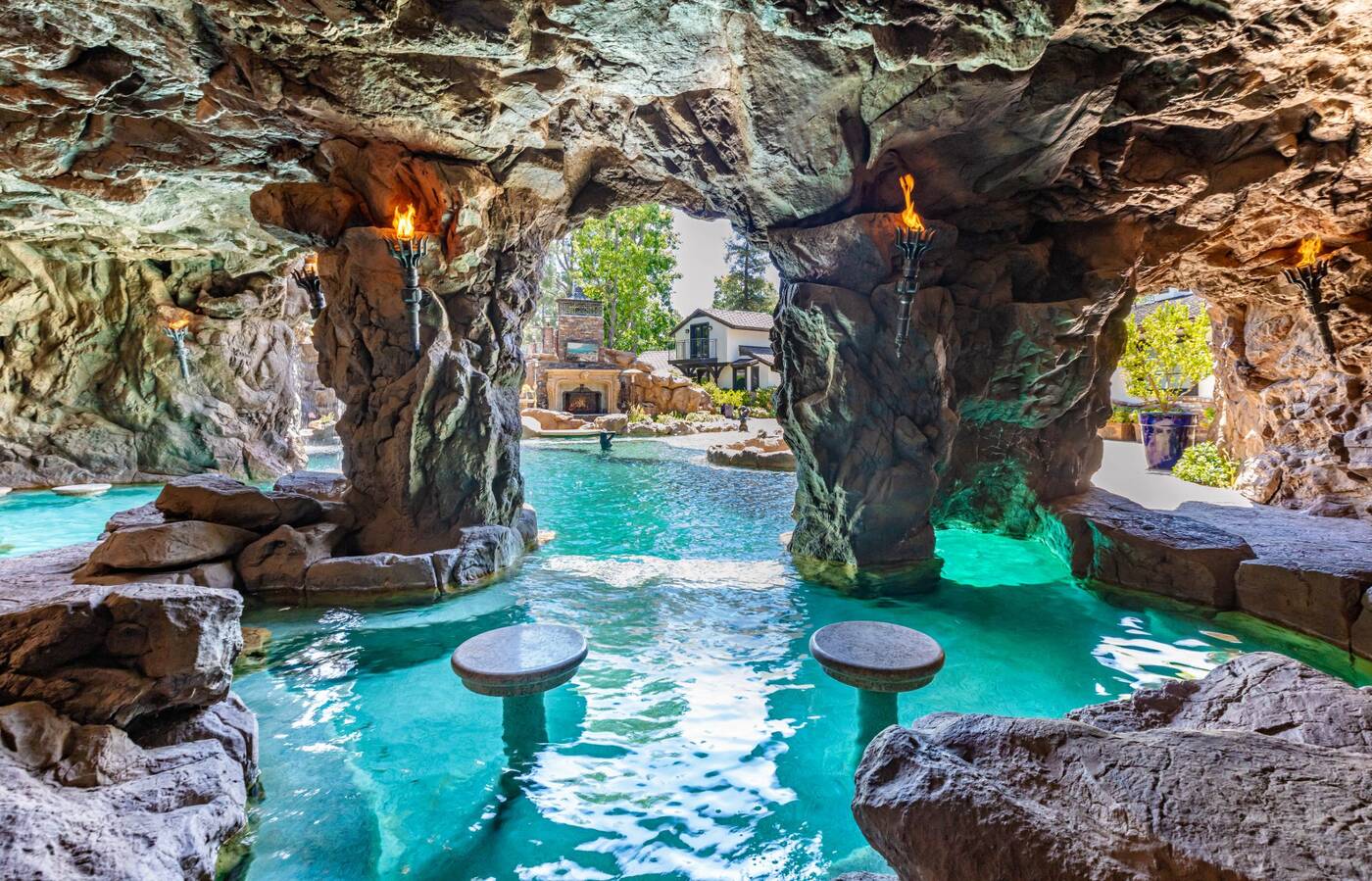 Upon viewing photos of the place, that last little tidbit shouldn't surprise you much. 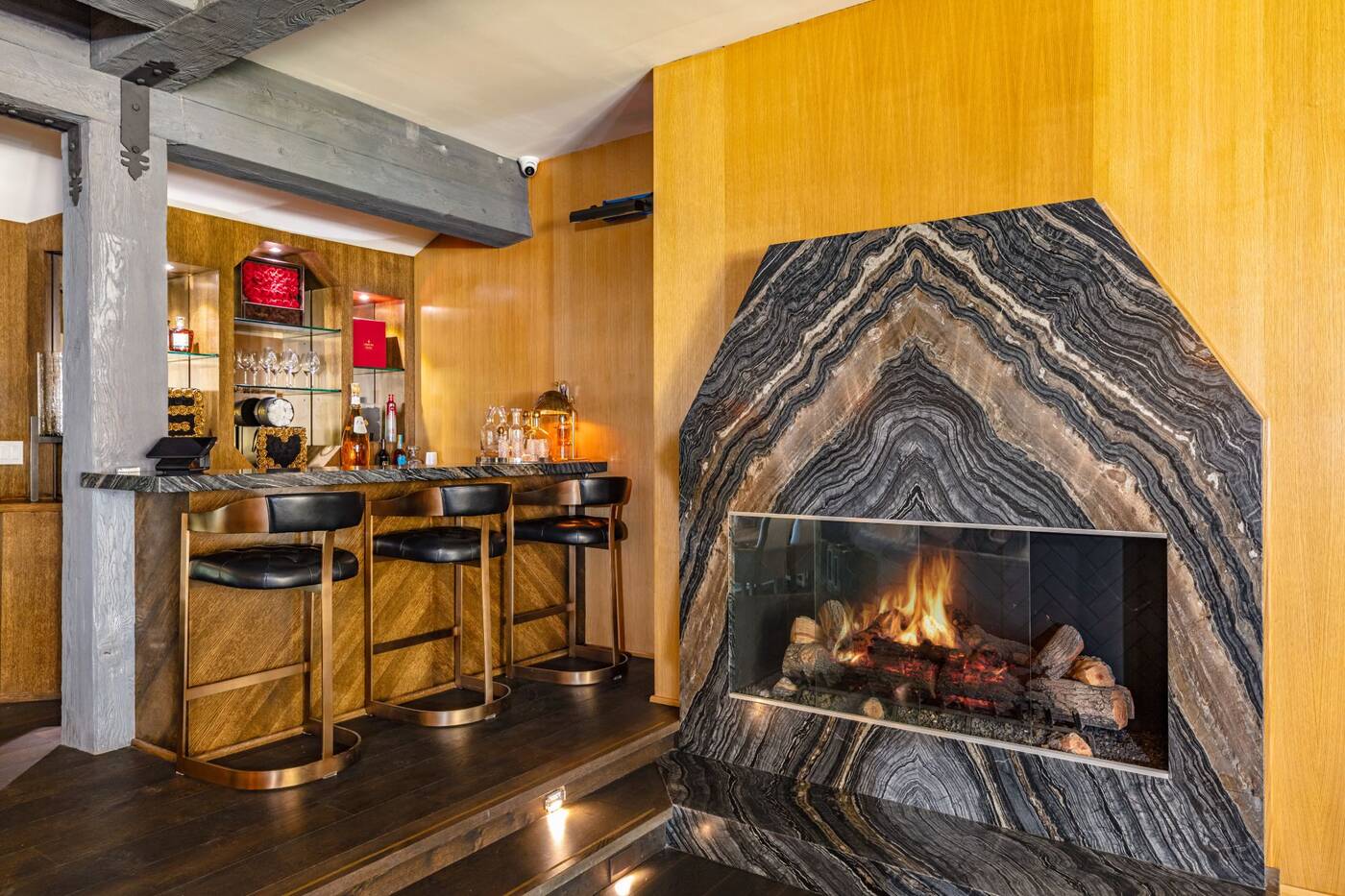 Drizzy reportedly bought the Hidden Hills home back in 2012 for $7.7 million from the owner of Saddle Ranch (Larry Pollack), later telling Rolling Stone in an interview that he'd actually wanted the place for years. 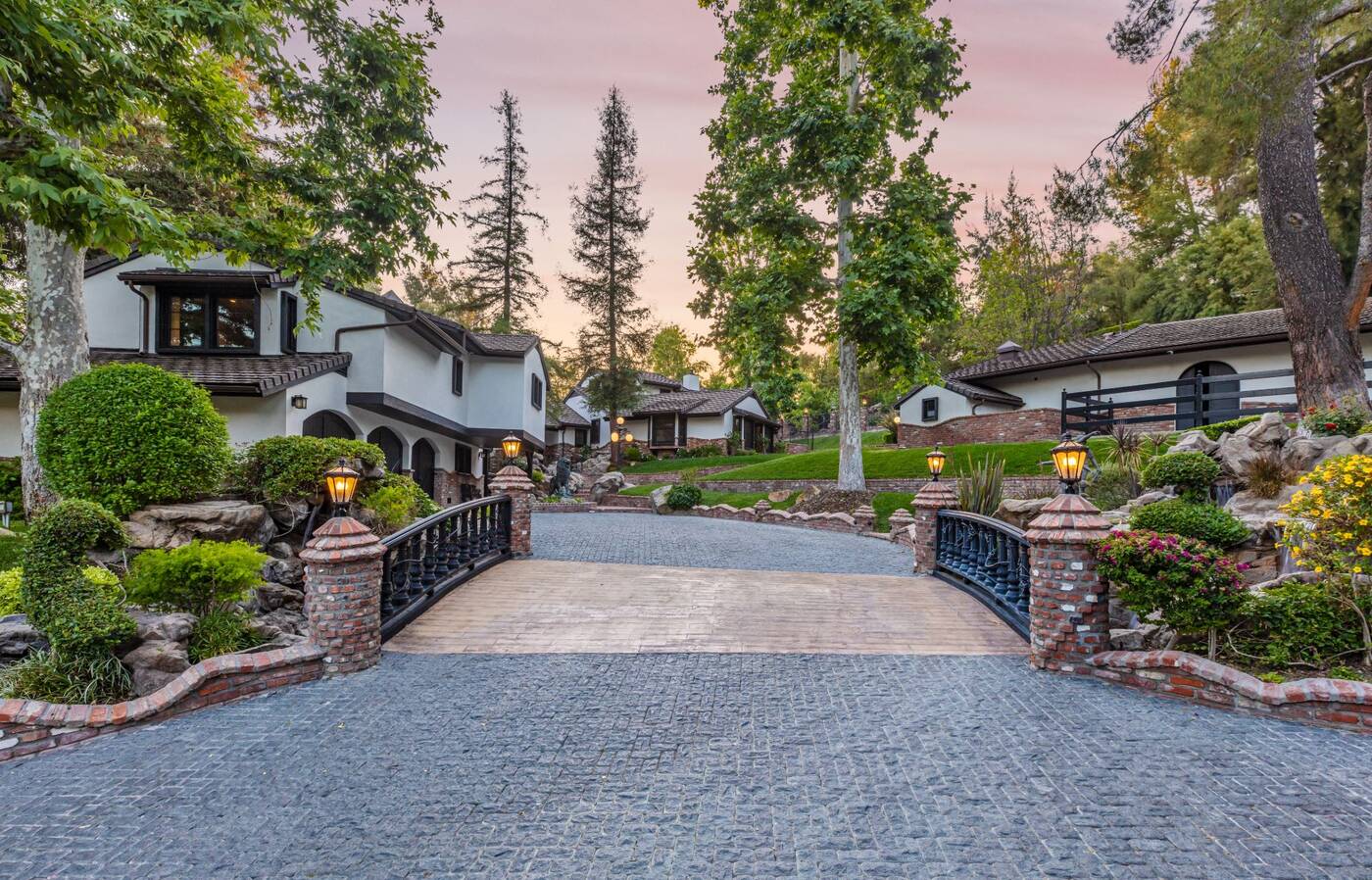 "I was like, 'What are the world's craziest residential pools?' and when I searched online, this came up ... This house was the desktop image on my computer years before I bought it," said the artist to Rolling Stone in a 2014 profile. 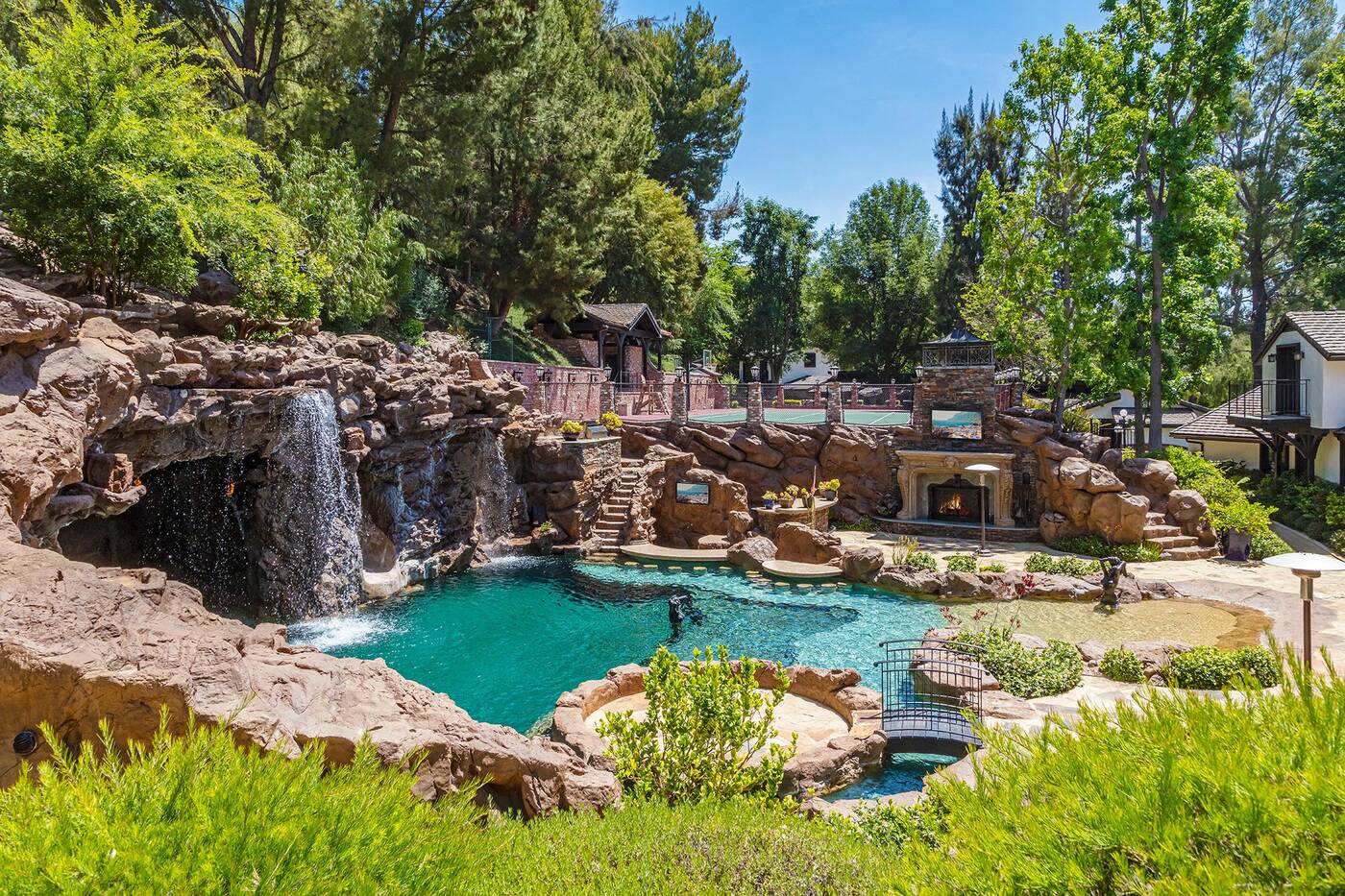 After keeping it in his real estate portfolio for a solid decade (and undoubtedly some amazing parties), Drake has listed the home through celebrity realtor duo Rayni and Branden Williams.

They describe it as "a jaw-dropping 3 acre resort-style home tucked away in the ultra-exclusive, guard-gated enclave of Hidden Hills." 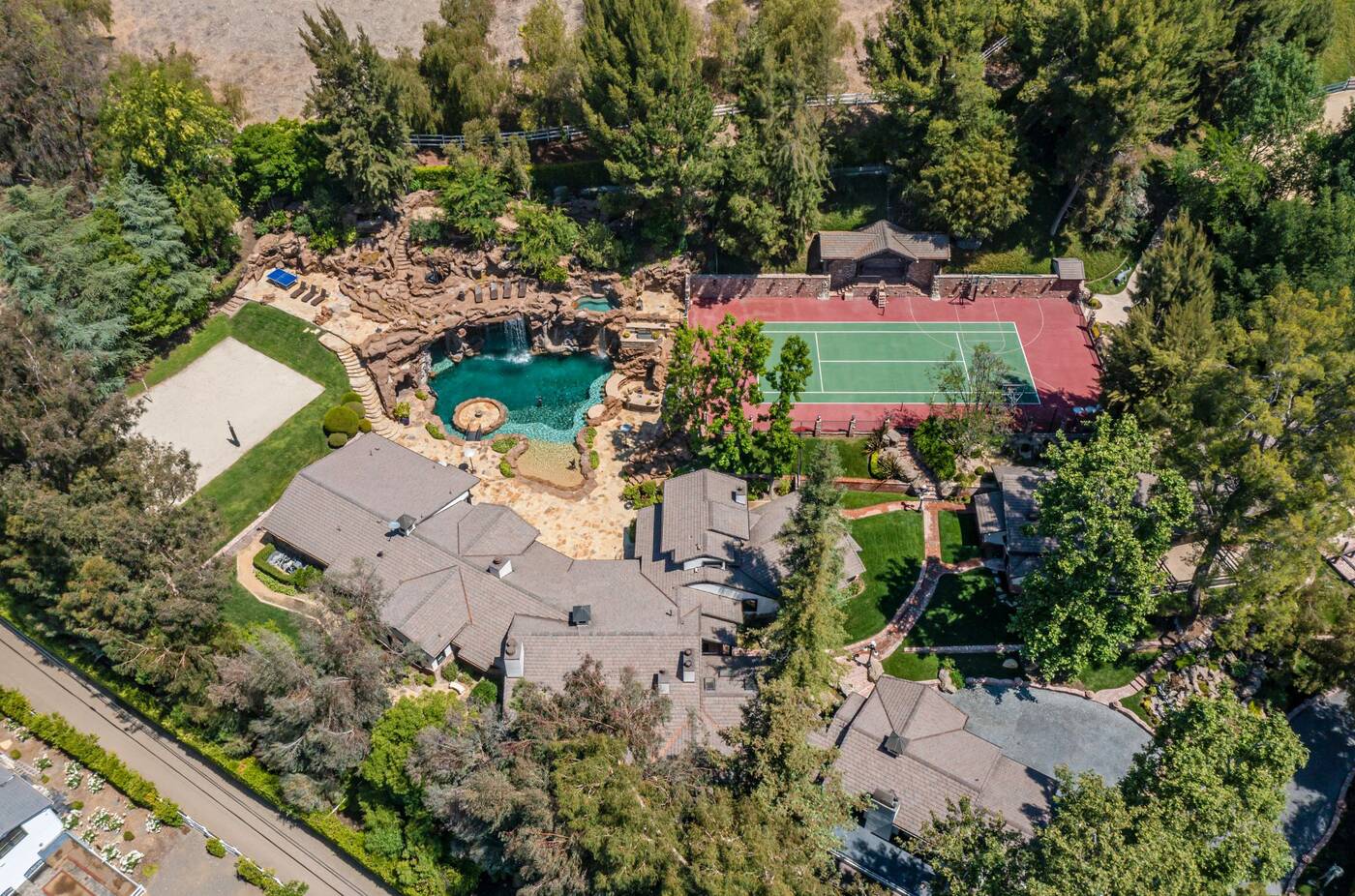 The English Tudor home is set on a private cul-de-sac and comes with the option to buy two adjoining properties, also owned by Drake, for a total of $22.2 million (USD.) 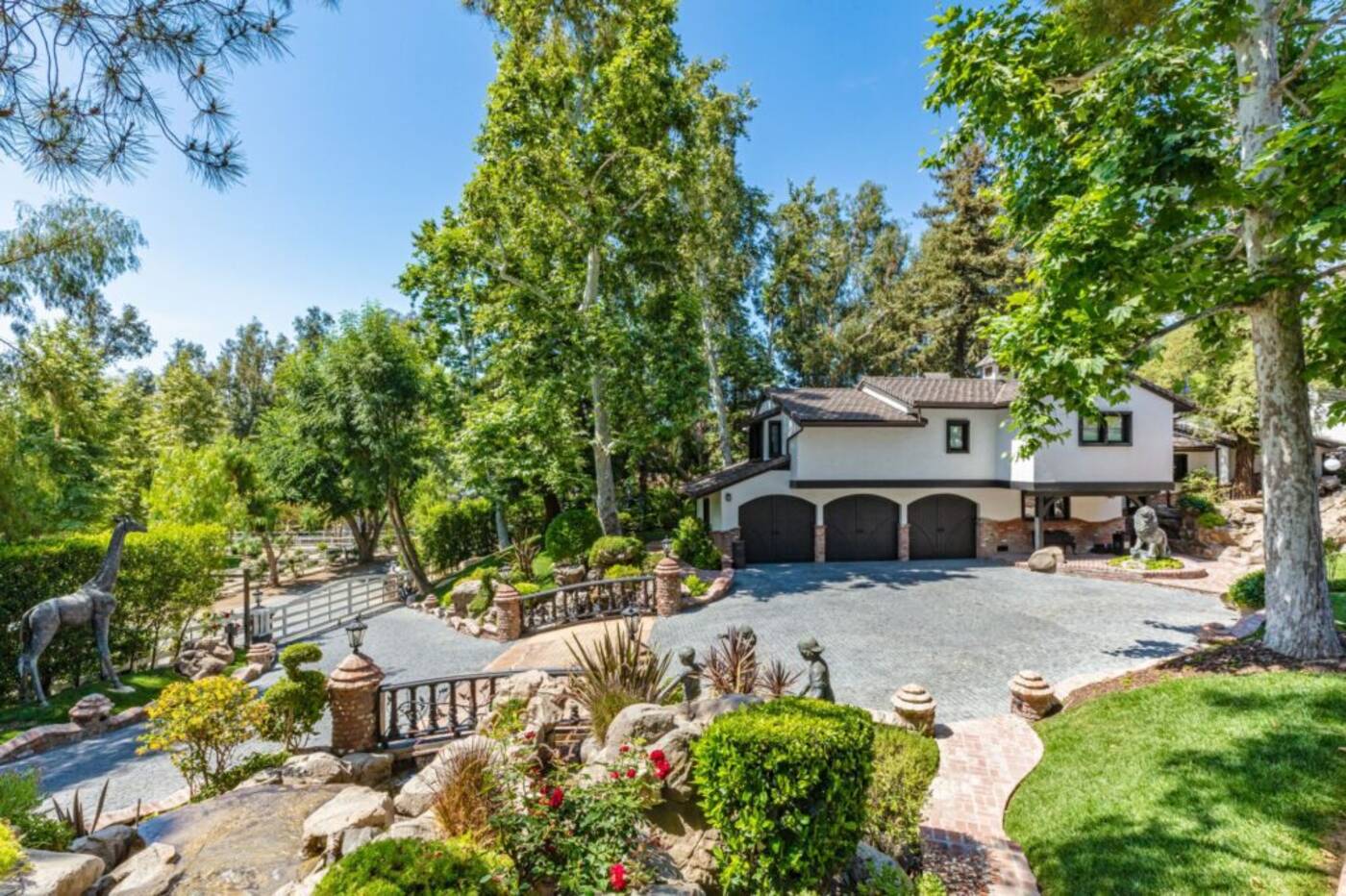 It's hard to really describe how over-the-top, nouveau riche this place seems. You have to look at the photos. 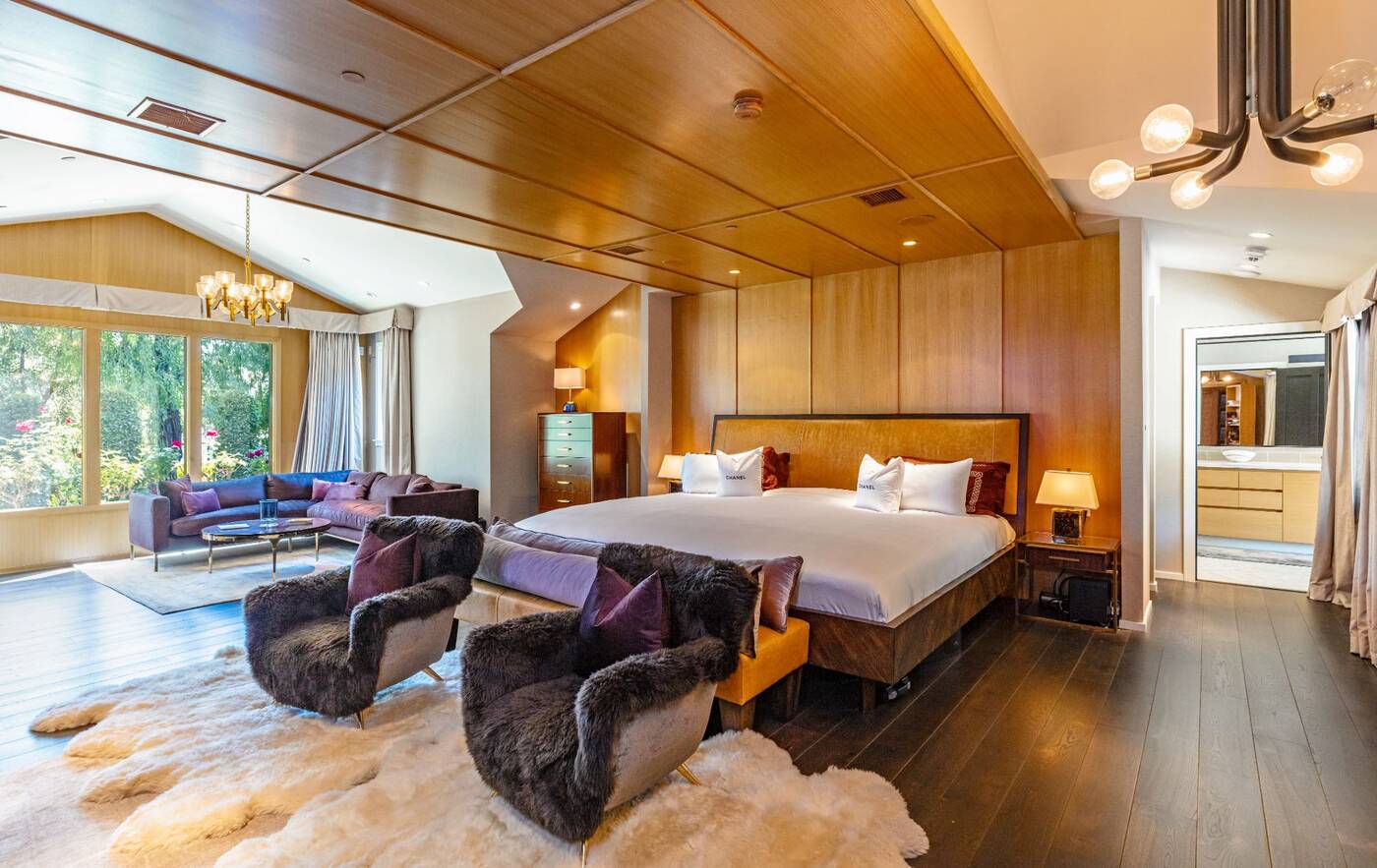 The realtors say that the 12,500-square-foot home boasts a "perfect blend of rustic charm and modern convenience." 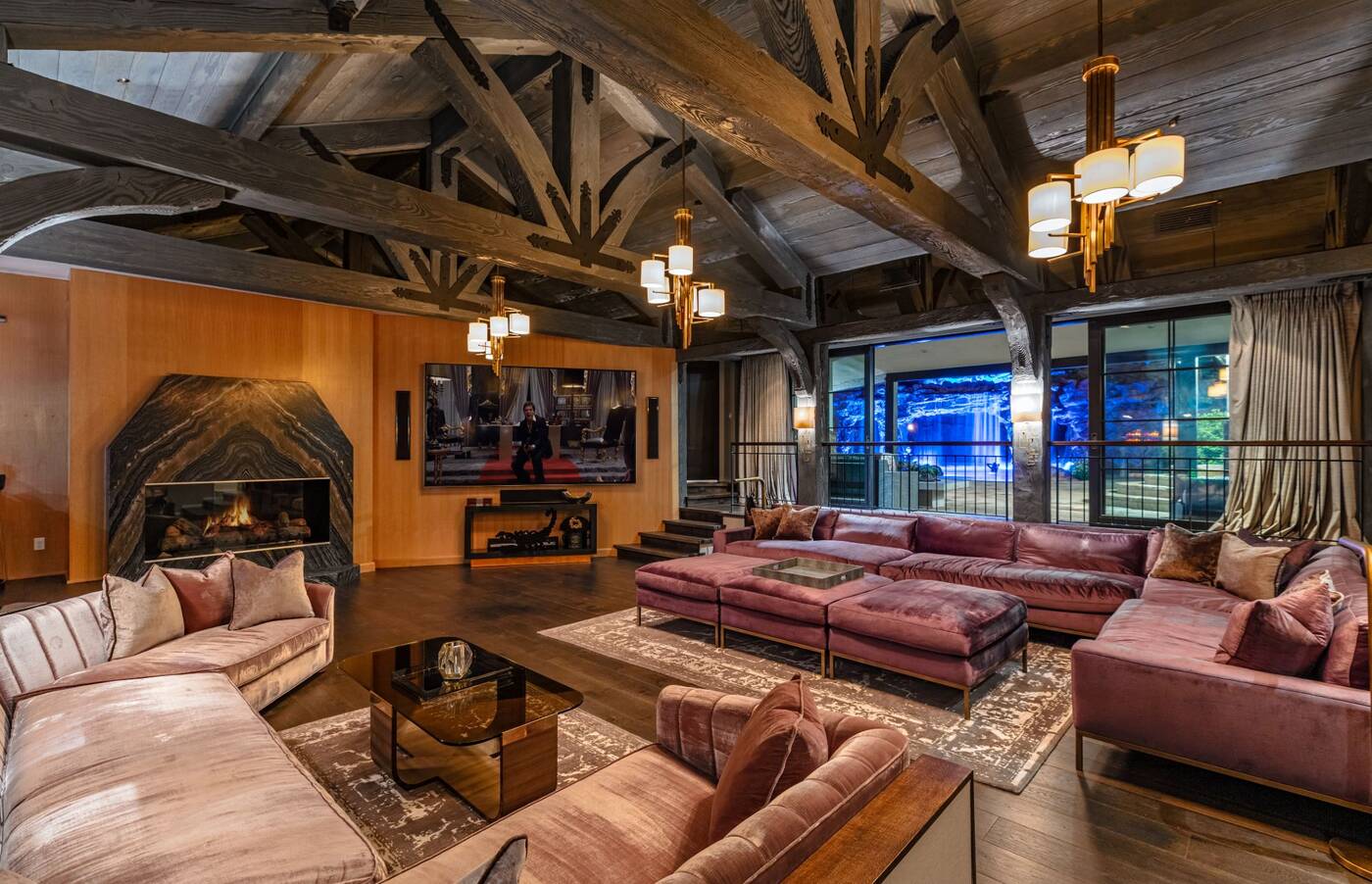 It's got six fireplaces, for starters... 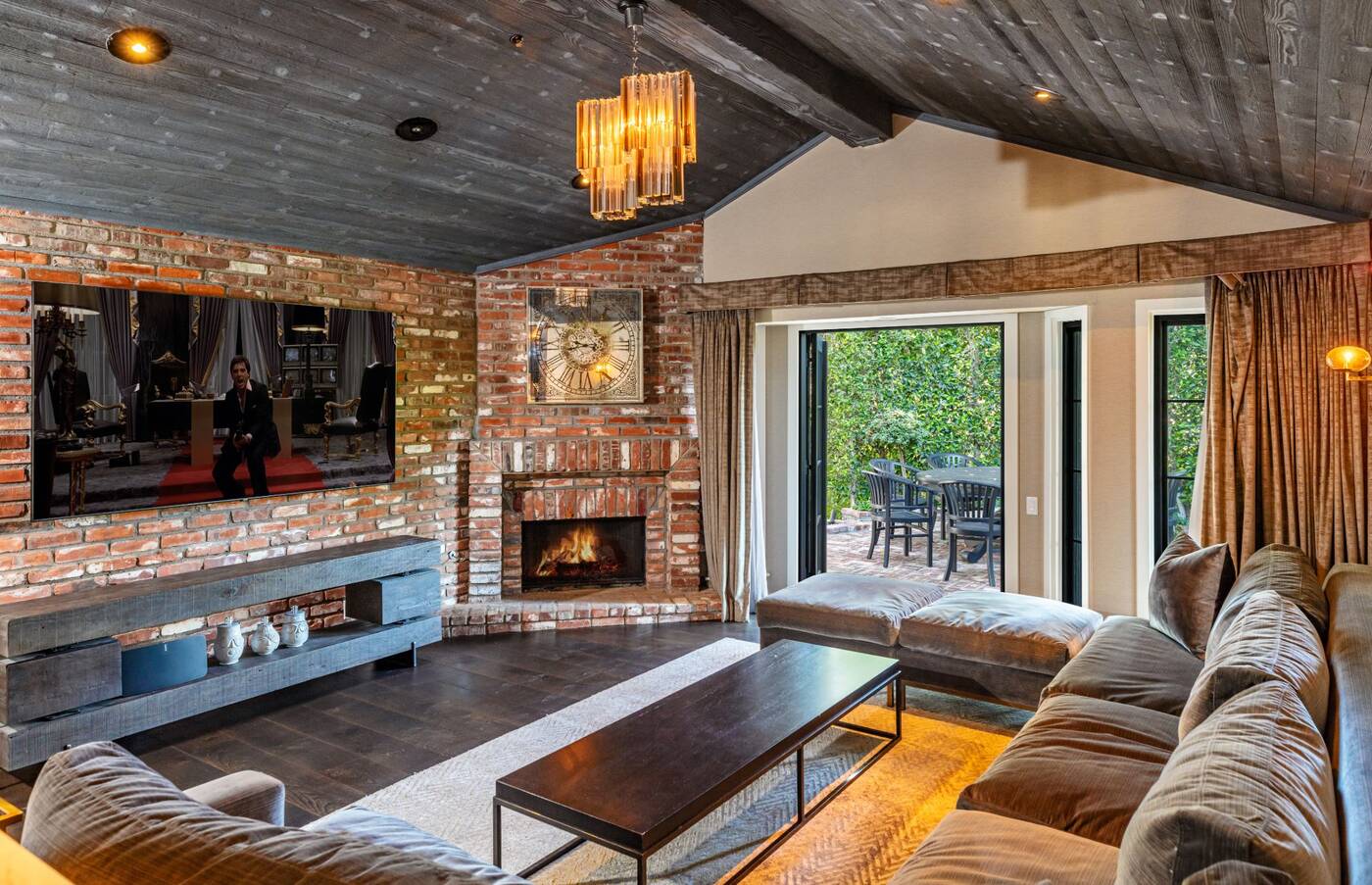 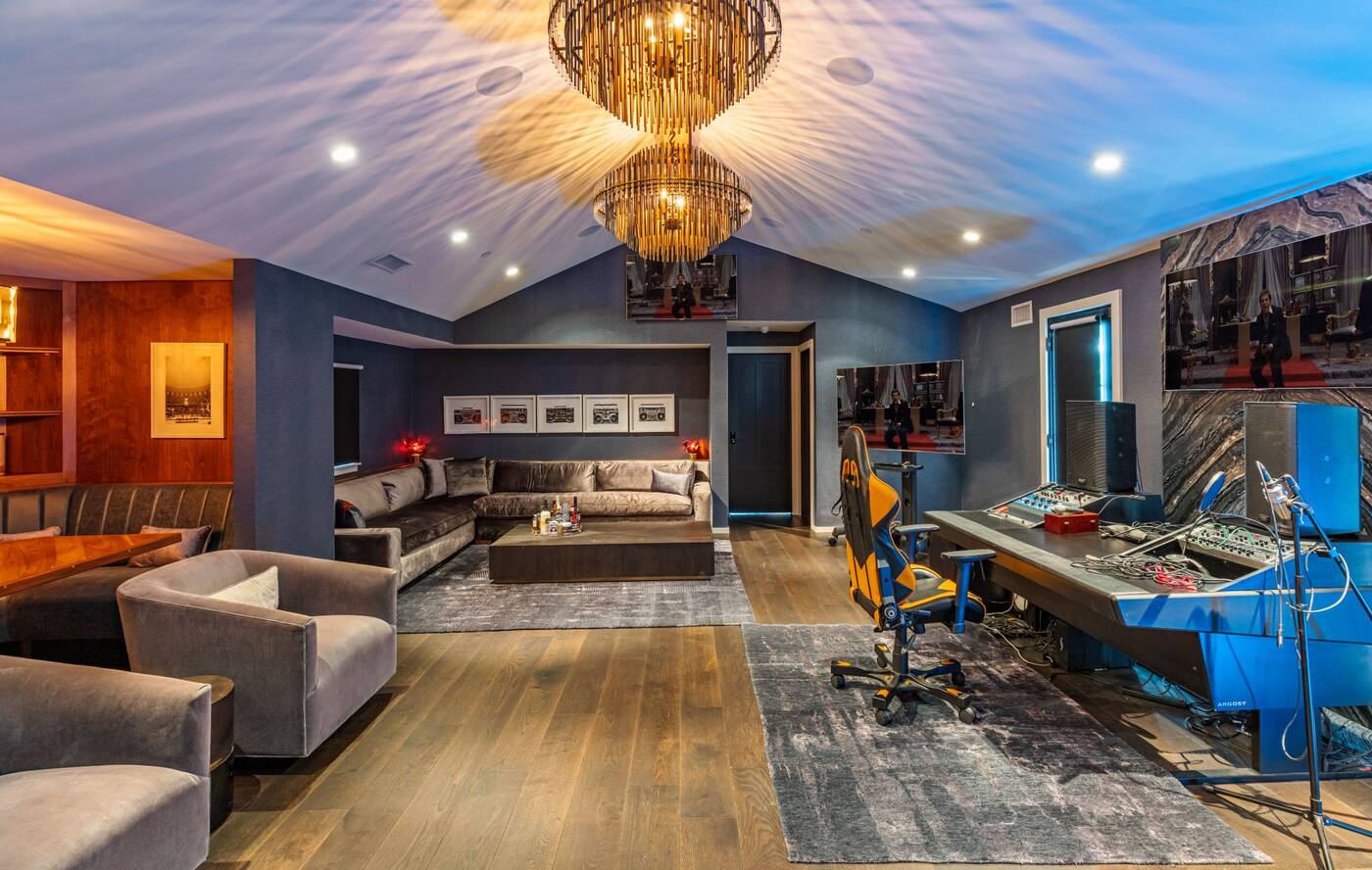 And a walk-in wine cellar with its own tasting room. 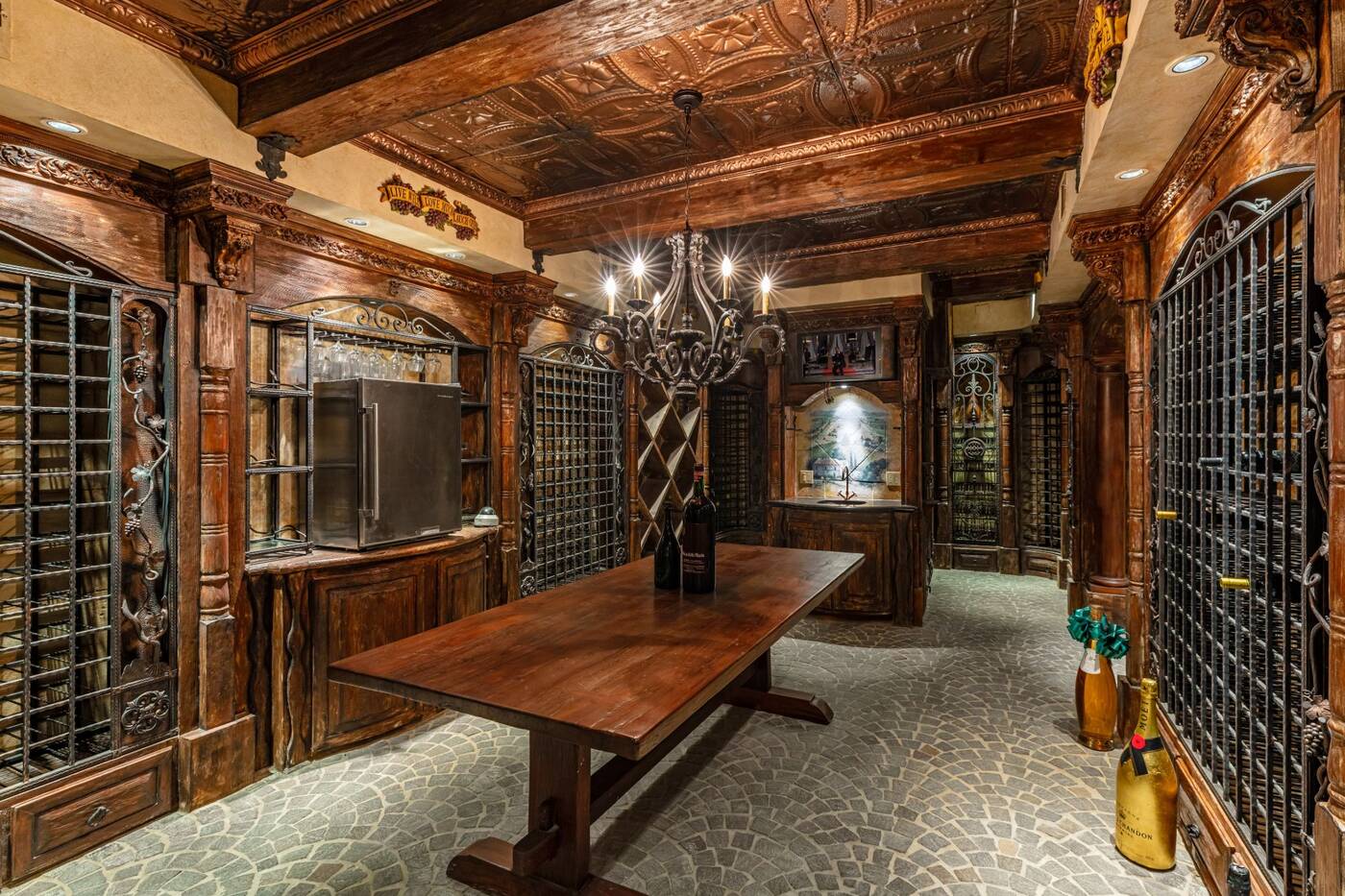 Multiple marble soaking tubs can be found on site, one punctuated by a Chanel surfboard (?) 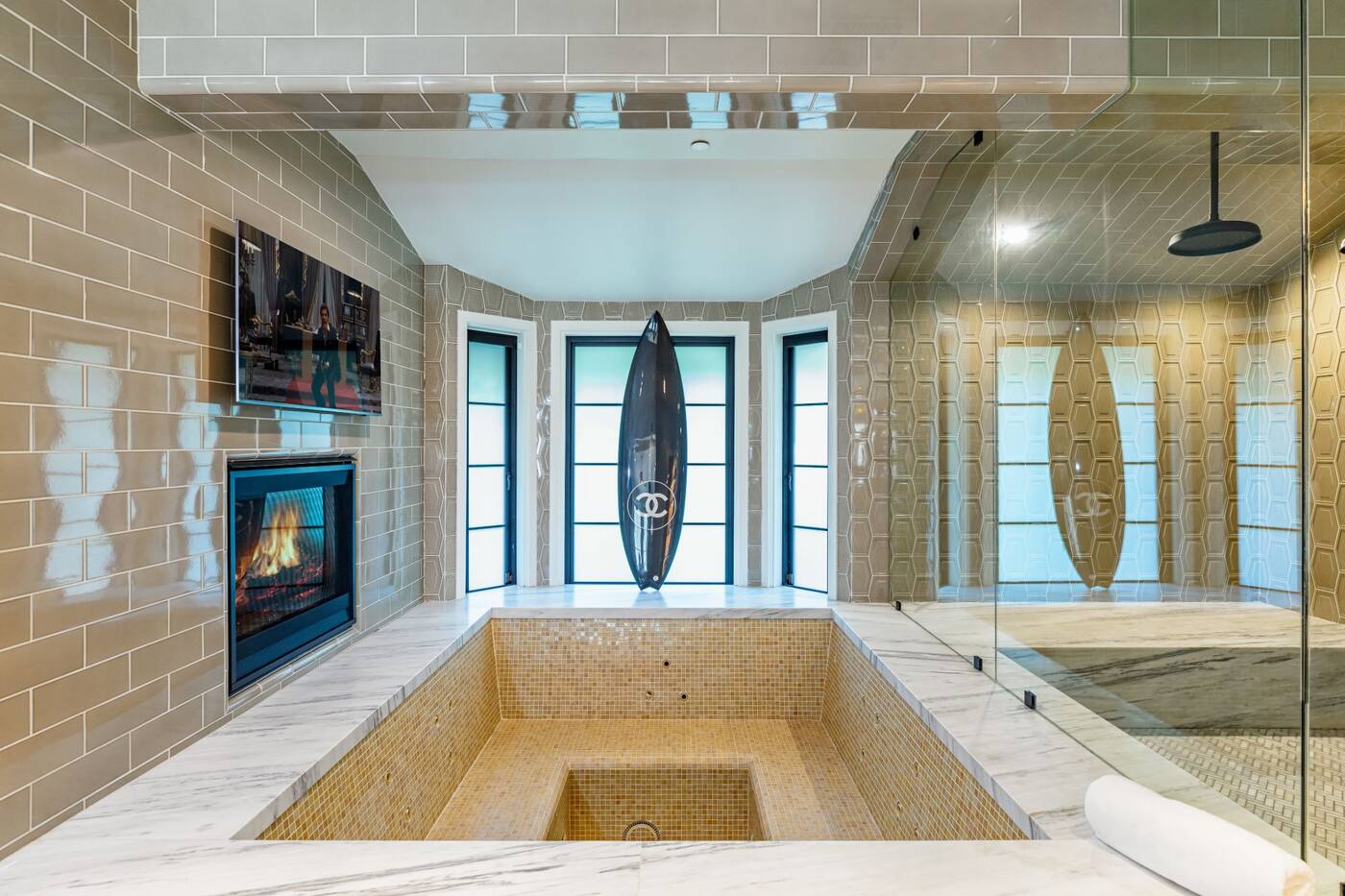 The true pièce de résistance, however, is that sexy grotto spa cave pool area, chiefly on account of the fact that it is — as the realtors put it — "surrounded by TVs to watch the big game or enjoy a float-in movie." 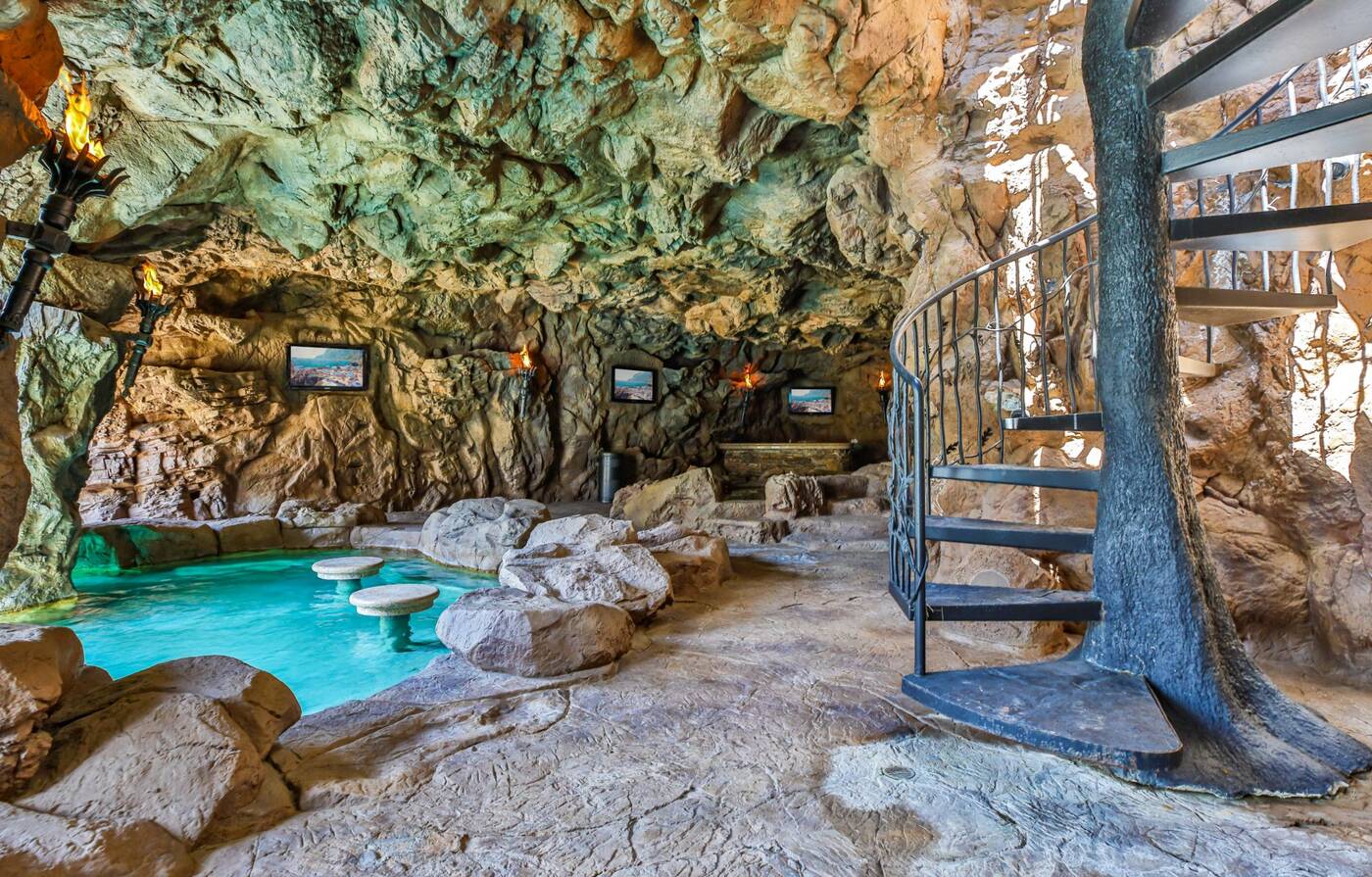 What could be more Drake? 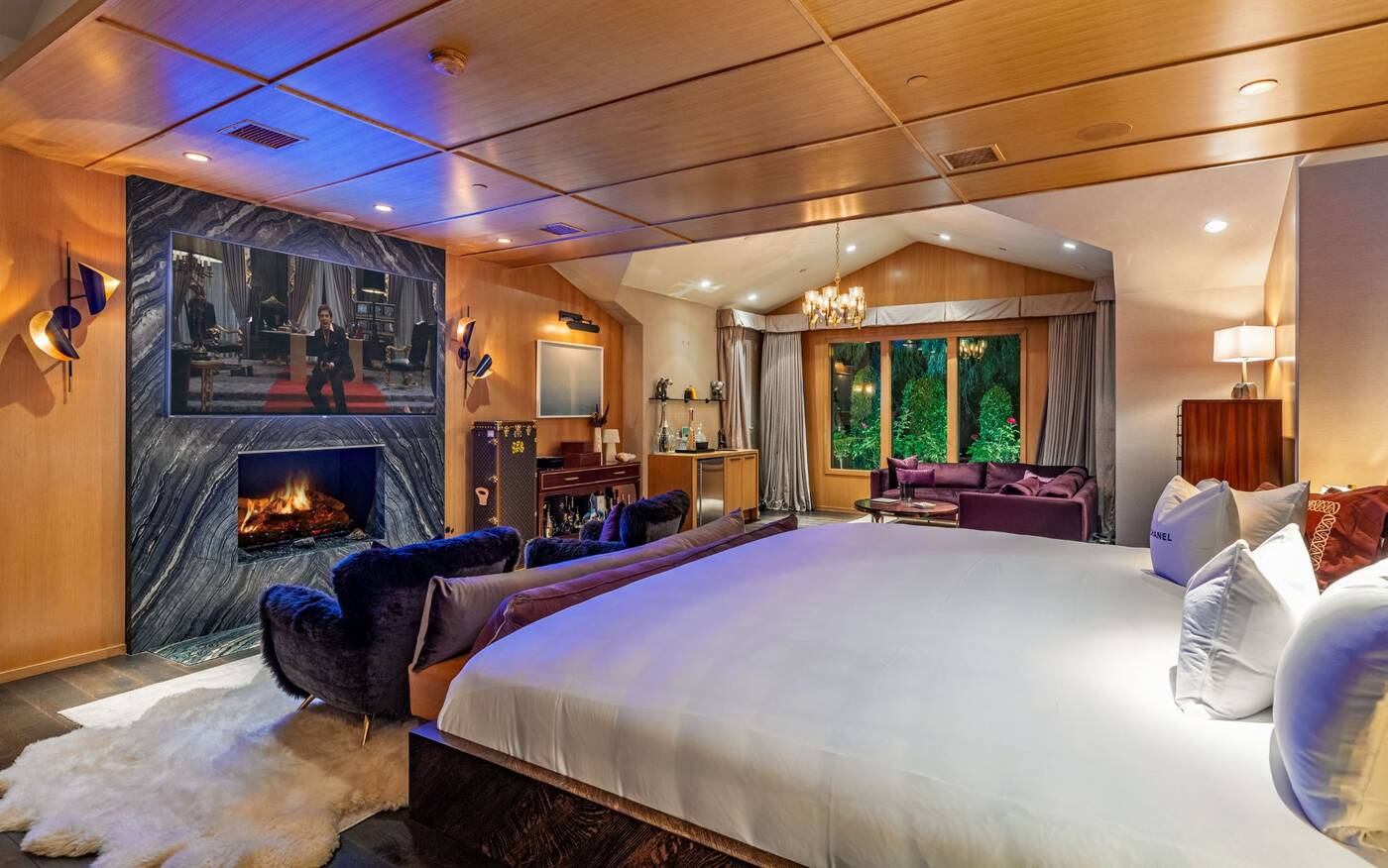 While they don't explicitly identify Mr. Graham as the owner of this property, it's a wide open secret — one that the real estate team isn't necessarily shy about.