It's official: The old building of famed Toronto music venue The Matador Ballroom will be torn down.

The City has approved the application that will replace the property at 466 Dovercourt Rd. — which housed The Matador during a 43-year run that included live acts from Johnny Cash, Joni Mitchell, and Stompin' Tom Connors — with a six-storey condo.

Despite attempts to have the two-storey building designed as a heritage site, Heritage Planning staff say that there's little historic value to the place. 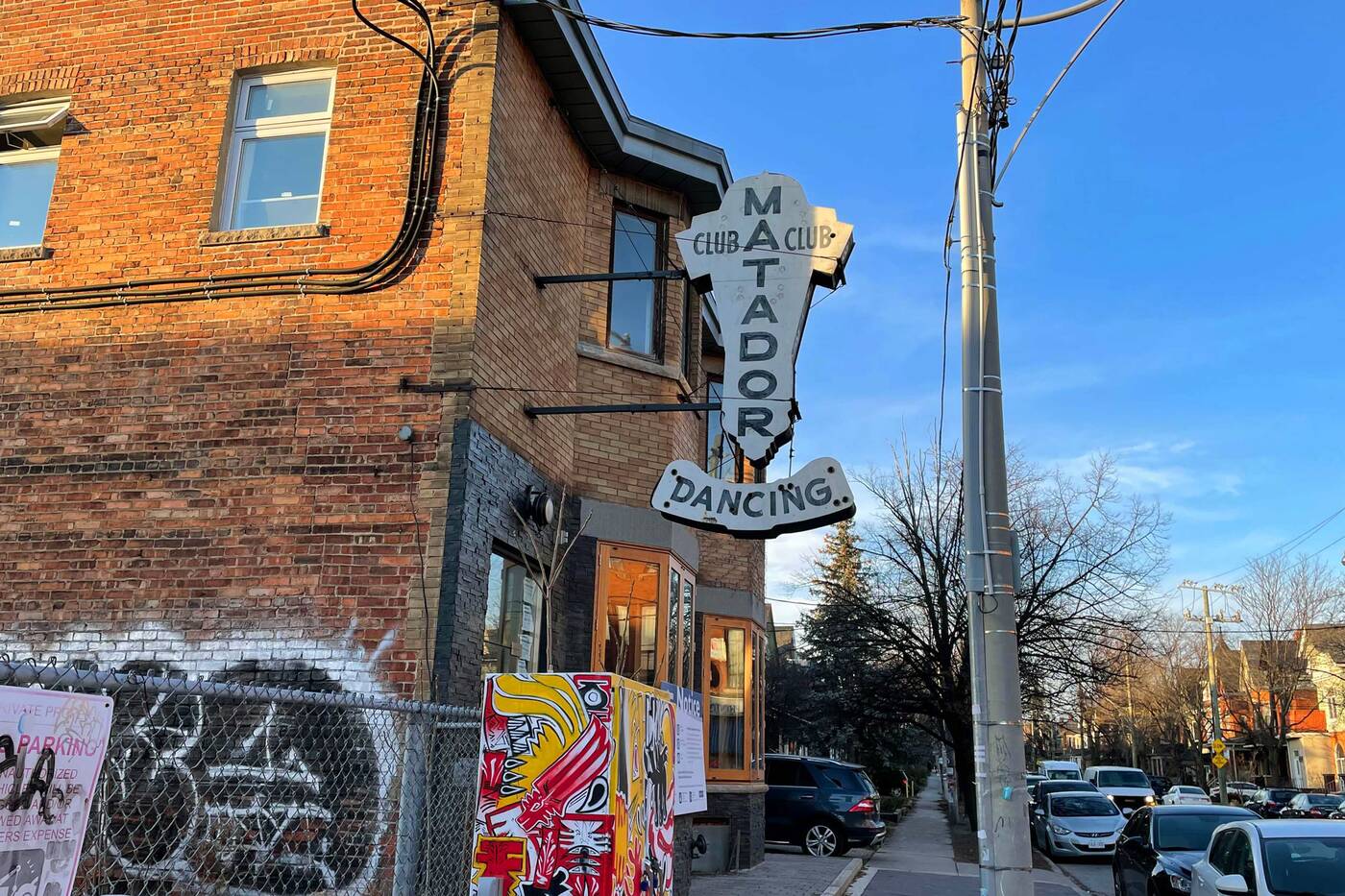 The 105-year-old Matador Ballroom building is slated to be torn down. Photo by Lauren O'Neil.

However, the Matador's sign, which is still attached to the exterior of the property, will be preserved.

So will the Mat's signature interior wood-panelled wall, which features famous signatures from visiting artists and performers like Leonard Cohen, most notably.

The property at 466 Dovercourt was first constructed in 1915 with residential units and an original dance hall, which was the dance academy of building owner Charles Freeman Davis (of the Davis clan, an established family of ballroom teachers in Toronto.) 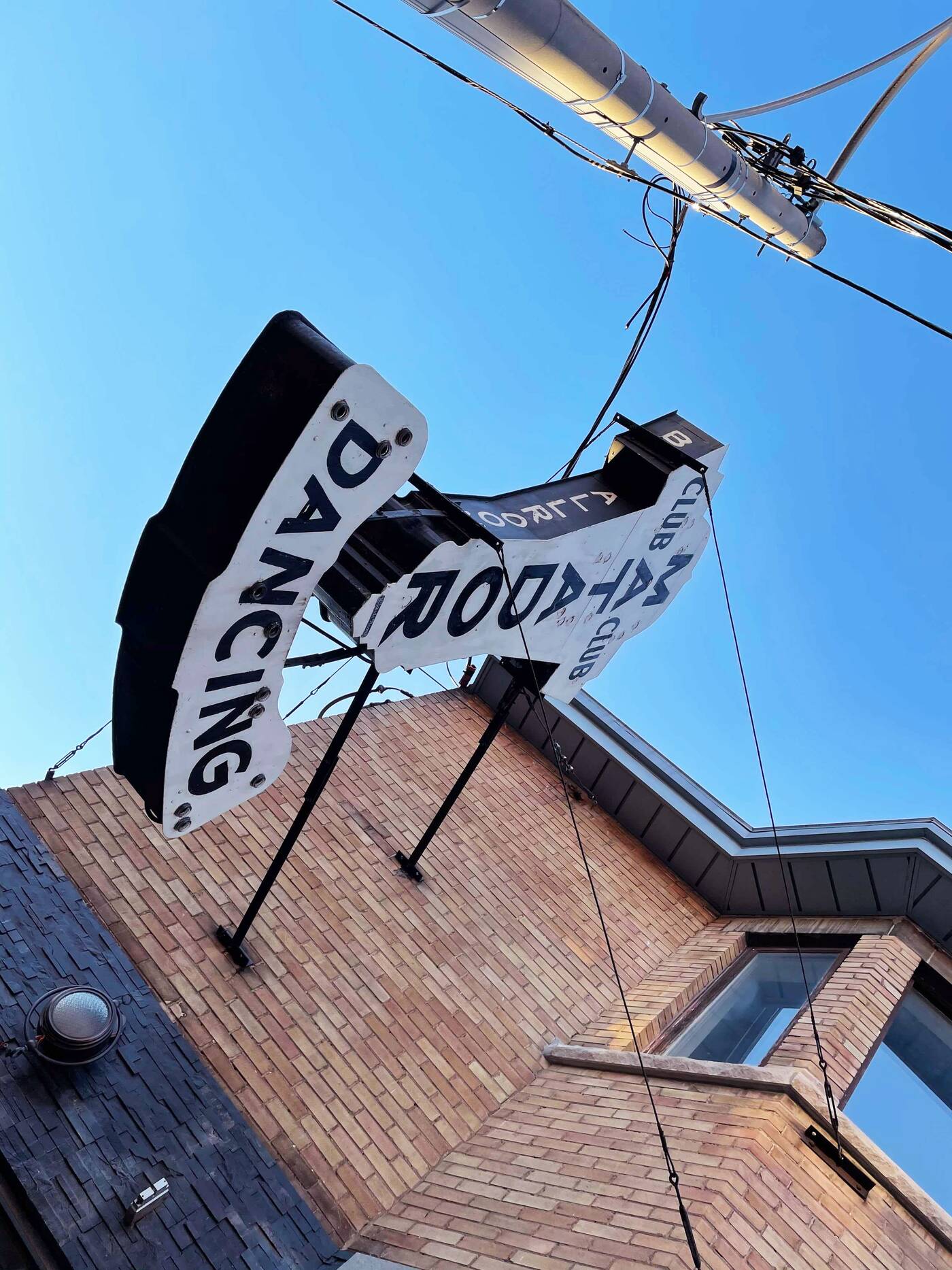 The Matador's original sign will be preserved, along with the venue's interior signature wall. Photo by Lauren O'Neil.

The building housed a hodgepodge of businesses over the years, including a chiropractor business, a hairdresser, a garage, and a judo school.

A bowling alley was added to the dance hall at some point in the 1920s. By 1953, there was another bowling alley on the second floor as well as part of the Elite Bowling business.

In 1964, the first-floor alley was removed to accommodate a live country music venue opened by Ann Chopik Dunn called The Matador Ballroom. 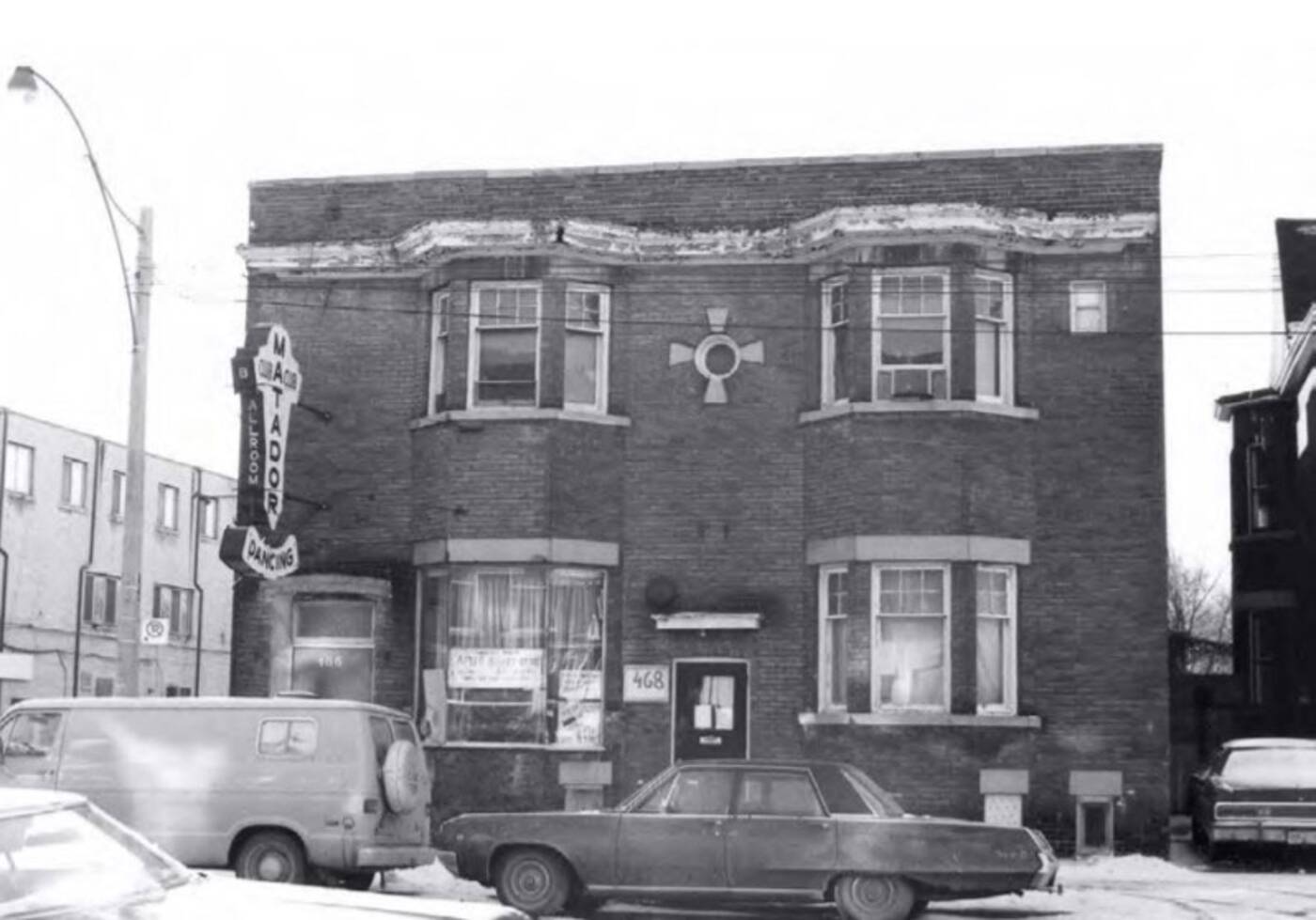 The building has housed a dance academy, a bowling alley, and a judo school. Photo by Toronto Public Library via City of Toronto application submission.

The Mat dubbed itself the Country Music After Hours Club and played shows after midnight from unannounced performers, to the delight of watering hole seekers and to the terror of neighbours.

It ran shows until 2007, when Dunn — who lived atop the venue for a number of years with her children — finally closed the venue and sold it to Paul and Gerry McCaughey. The brothers had hoped to revive it as an 800-person live music venue. 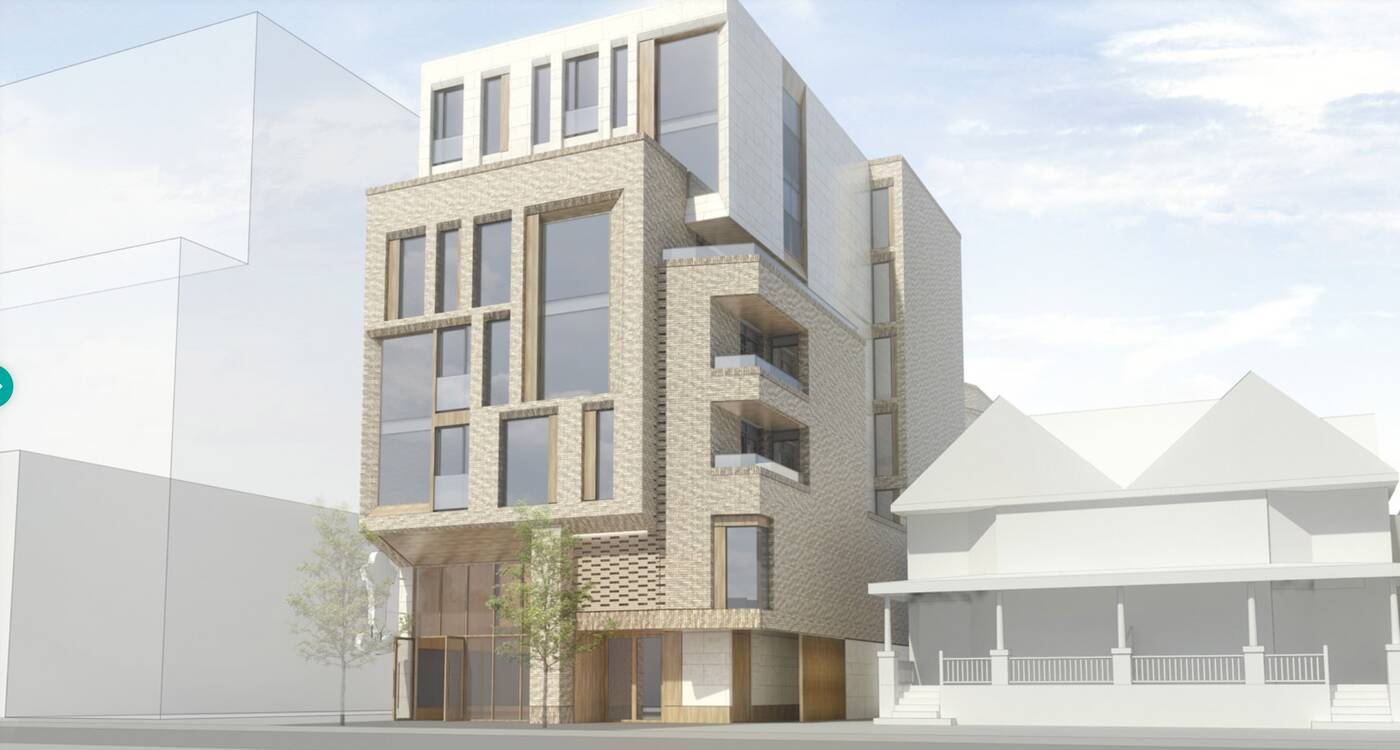 A six-storey mixed-used development is slated to replace the Matador building. Photo by 466 Dovercourt.

Following nearly a decade of permit issues and other nightmarish development procedures, the revival didn't end up panning out.

The building is now owned by someone else, and the new six-storey development designed by Axia and planned by Bousfields carries no resemblance, culturally speaking, to the original venue. Developers' plans do show the Matador sign hanging over top the condo's main entrance, when it's built.