Drake opens members only club at the ACC

We all know Drake is a legendary softie, but his latest project pretty much proves it (that is, if the videos of his mom talking about how sensitive he is didn't accomplish that already). The rapper just unveiled Sher Club, a brand-new members-only establishment in the ACC - which he named after his grandparents, Rueben and Evelyn Sher. (Aw.)

"My grandmother was the first person to ever play catch with me and my grandfather was the biggest sports fan in the world," Drake wrote on Instagram, by way of announcing the club's opening. "I opened this club in the memory of both of you."

The club itself, a joint venture between Drake, MLSE, the ACC and high-end architectural designer Ferris Rafauli, is already being touted as"the most exclusive establishment inside Air Canada Centre, tucked away in an intimate 4,000 sq. ft. space." 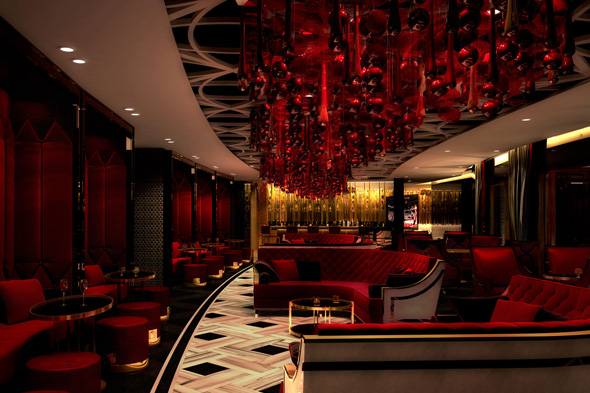 The red velvet-swathed club, located on the stadium's third floor, is accessible by membership or by private invitation only - contact the club to try your luck.

Photo of the Sher Club via Ferris Rafauli.