Stopping by the Opera House on the tail-end of their first ever full Canadian tour, the CunninLynguists - with special guests DJ Flip Flop, Sadistik , Tonedeff and PackFM lit up the stage on Saturday night with an unparalleled setlist of intelligent, lyric-driven hip hop music. 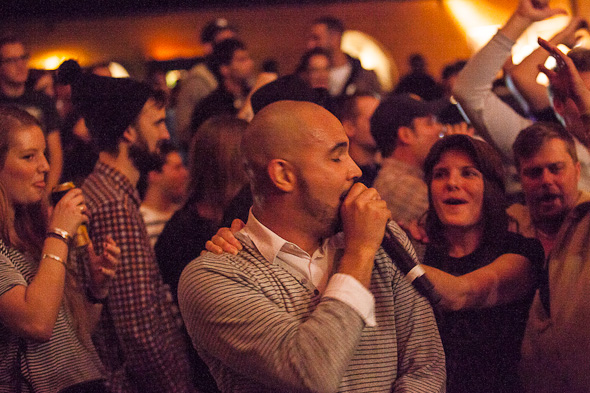 After Sadistik's appearance, during which he freestyled about the Cuban Missile Crisis based on a fan request, Tonedeff energetically took to the stage with a highly entertaining performance. After teaching the audience how to do the two-step, he jumped off the stage and performed "Everybody Knows But Me" within the small but devoted crowd. During "Issawn," he and PackFM got the party going by starting a Conga line which serpentined its way throughout the venue.

Tonedeff's dedication to audience interaction was only outmatched by his skills on the microphone. Alleged to be one of the fastest in hip hop history, Tonedeff spat out lyrics at break-neck speed. After such a spectacular performance, I was almost disappointed that his set wasn't longer. 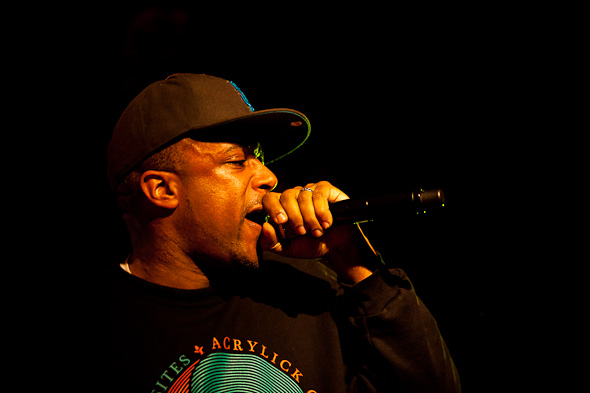 As soon as CunninLynguists appeared, my near disappointment turned to excitement. Natti was M.I.A. as he didn't make it over the border, but Deacon the Villain and Kno gave a shout-out to border control saying, "Natti sends his love. Fuck the border control!"

The two original members of CunninLynguists started their set with "Hellfire" and continued with a list of old-school hits like "Thugged Out Since Cubscouts," "Old School," and "Will Rap for Food." The throwback set list was likely due to Natti's absence and I was slightly disappointed to miss out on some of my favourite songs from Oneirology - "Darkness (Dream On)" and "Murder (Act II)" in particular. 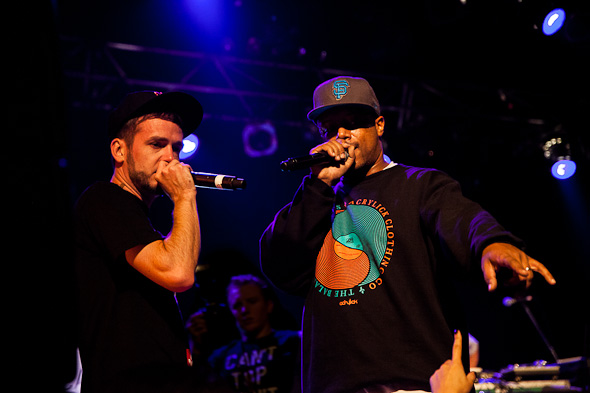 I was still happy to hear an abridged version of "Stars Shine Brightest (In the Darkest of Night)" and an awesome rendition of "Enemies with Benefits" during which Tonedeff and Sadistik returned to the stage.

Even though Kno stated that asking Canadians if they liked weed was like asking anyone if they liked food and oxygen, security guards at the Opera House threw out anyone caught lighting up. But aside from an ever-thinning crowd due to very tight security and a missing member, CunninLynguists put on a fine performance, showcasing their clever rhymes. 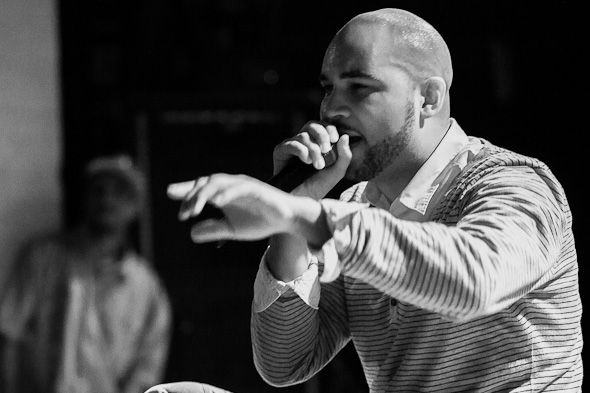 It's been 10 years since the last time they were in Toronto. Let's hope their next visit comes sooner.