What Cheer? Brigade bring brassy smiles to the El Mo

After marching in the rain through Kensington Market on Sunday night, members of Providence's What Cheer? Brigade and Toronto's Lemon Bucket Orkestra gathered in front of El Mocambo. 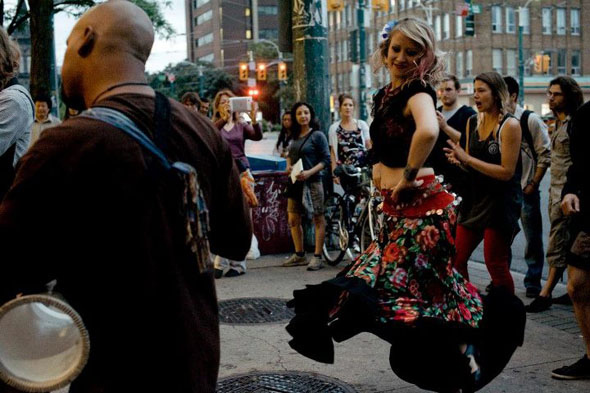 Similar to Toronto's Lemon Bucket, What Cheer? Brigade are an enormous brass band with a punky do-it-here-and-now ethos, and experience touring Eastern Europe. Whereas Lemon Bucket mix traditional old world costumes into their shows, What Cheer? members don black vests and tees, embroidered jackets, or go shirtless, while drummer Chop Chop the Chimp adds to the strange look of the band by wearing a gorilla mask, or embroidered, homemade executioner's masks. 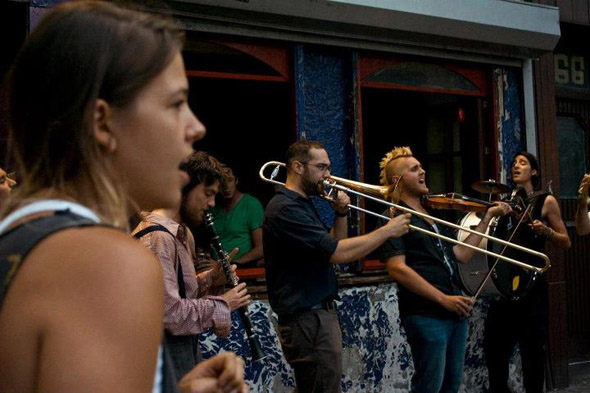 While the Lemon Bucket Orkestra began their gypsy punk sounds on Spadina outside the venue - both in the spirit of spontaneity and in hopes of luring curious passersby into the show - I caught up with shirtless and tattooed What Cheer? member Chop Chop outside. 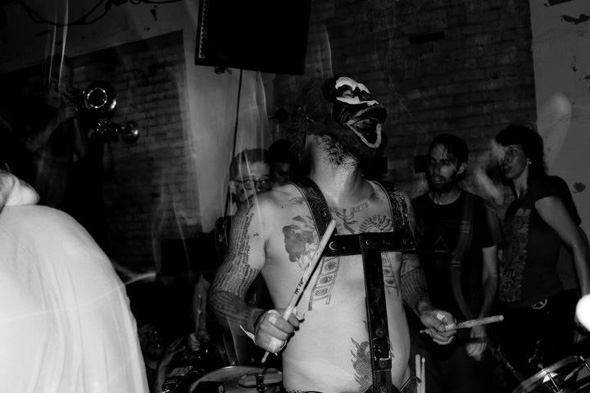 "Piles of Meat," Chop Chop said between swigs of Jack to my non-vegetarian pal, "when you're in Prague, find this place (here were directions I've forgotten already), they have a dish called "Piles of Meat," and it's literally just a cutting board with meat on it. I couldn't finish it." Chop Chop told us about playing a festival in Serbia - "the cops told us to stop playing because we were too loud, but they didn't care to stop the people throwing bottles at us and demanding more music." 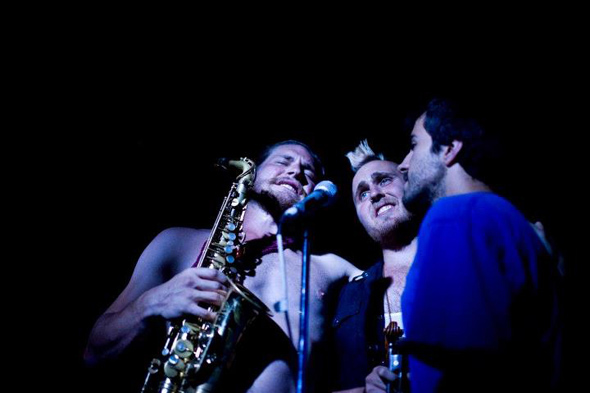 Inside, before thick red curtains, Lemon Bucket Orkestra, who'd led fans in a Pied Piper-like procession, got the crowd clapping along and dancing up a storm with their high energy Balkan folk tunes. 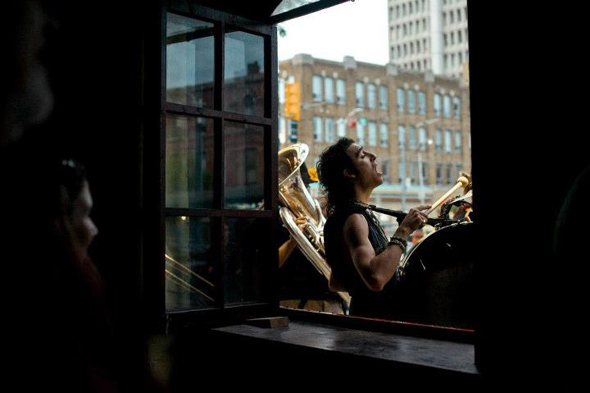 They sang in various languages and exchanged solos as their dancer's swaying hips hypnotized the audience. Pedestrians on Spadina stopped at the venue's open windows to watch.

Violinist Mark Marczyk hyped the upcoming New Traditions Festival, and then kids began pouring out into the street, their shirts dripping with more sweat than seemed reasonable - until I went inside myself and found it was at least ten degrees hotter in the El Mocambo, wide open windows and industrial fan be damned. 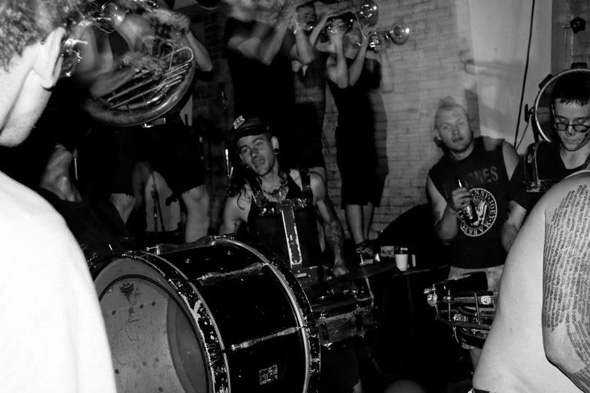 When What Cheer? Brigade finally took the stage, they didn't take it for long: soon everyone in the band except the tuba player was on the floor with the percussionists, dancing and marching and getting the crowd jumping to their big brass sound.

They don't call it What Cheer? for nothing - Brigaders were in fans' faces left and right making sure no fan was left behind. Especially sweaty Chop Chop, who bear hugged one dancer, then lost his mask and grabbed my friend and I and somehow got us partying in the pit within seconds. 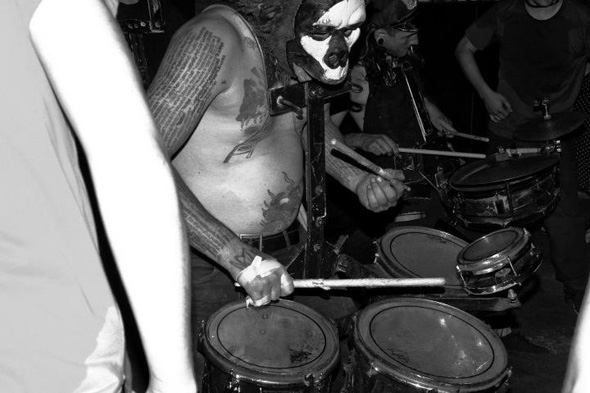 Everything after that is a blur of dancing, polka, heat, yells, and heavy musical manipulation while innumerable black-clad bodies ran around the room. The broken shards of glass on the floor and the dazed, smiling faces in the club afterward can easily attest to the power of the party.