The top Toronto concerts of 2010

The top Toronto concerts of 2010 reaffirm the degree to which Toronto is a premier destination for live music. Although that may be old news, I think that Toronto's music fans were particularly lucky this year. Our music team attended and reviewed a lot of concerts this year, and out of that bunch we've pulled together a list of each of our favourites, though naturally there are a few double-ups. 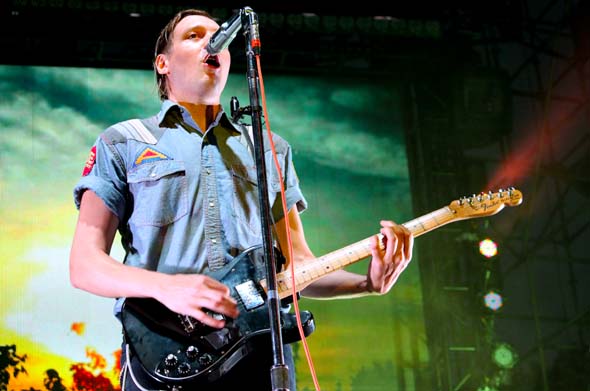 Mumford & Sons (Sound Academy)
This was my most anticipated concert of the year. Not even the Sound Academy could take away this delight of a night from me. 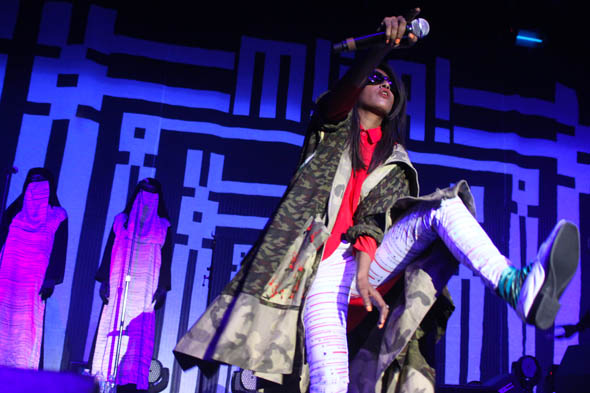 Returning to Toronto to end their tour was nothing short of transcendent for the blessed audience. And if you were there, you know what I mean when I say street party."

ALDRIN TAROY'S PICKS
M.I.A. (The Sound Academy)
Making the trek at The Sound Academy on a work night is no fun, but watching M.I.A. perform old hits like "Bamboo Banga" and "Bucky Done Gun" was worth it and memorable.

Arcade Fire (Olympic Island)
This was an unforgettable night for me. To be in that vast field in the dark with 17,000 people humming the ending of "Rebellion (Lies)" gave me shivers. It was epic, dreamlike and I'll never forget the experience.

Broken Social Scene (Olympic Island)
I don't think BSS will ever top their dream concert at Harbourfront in 2009. But at least I got to see Beach House, Band of Horses and Pavement!

Marnie Stern (Wrongbar)
I love female singer-songwriters! Marnie Stern is a goddess - her wild, frantic vocals and dizzying fretwork is definitely something to see.

Best Coast (Lee's Palace)
I love California surf-pop bands because they remind me of the time I spent there. Bethany Consentino was apparently sick that night, but she fought through and gave us all some sun-spangled tunes for our Saturday night. 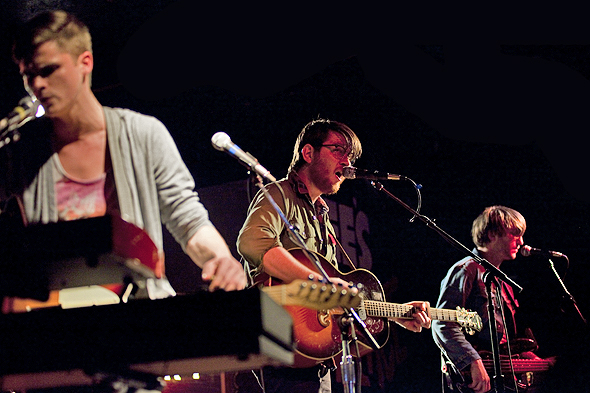 The Barr Brothers/The Low Anthem (Church of the Redeemer)
My very first show at what is now my favourite venue in Toronto. Montreal's finest and most intriguing act The Barr Brothers shared the bill with roots-rock revivalists The Low Anthem, both of which played awe-inspiring sets to a crowd that remained beautifully silent for the whole show.

Broken Social Scene (Sound Academy)
The whole family shows up, including Emily Haines who was missing the night before. BSS put on an extended show for a loving hometown crowd. My first BSS show with the full lineup and likely not my last.

Marco Benevento Trio (El Mocambo)
One of Brooklyn's finest, pianist Marco Benevento plays a wildly spirited show to a shockingly small Toronto crowd (the man played Carnegie Hall in 2009). Marco mixes his excellent own material with covers from Leonard Cohen, My Morning Jacket Pink Floyd and Elton John. He even performs part of "Free Bird" after the ubiquitous call for it from some smart-ass in the audience. 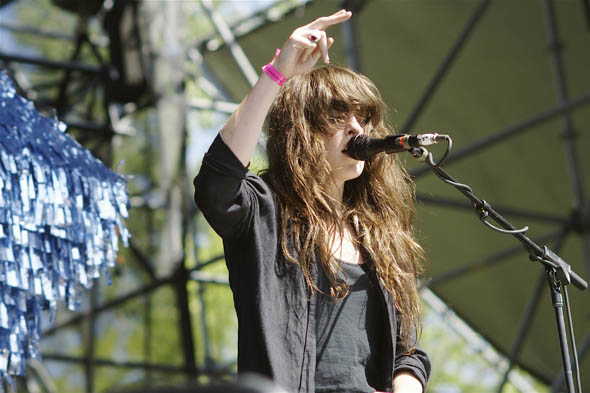 Beach House (Olympic Island)
Don't get me wrong, like everyone else, I absolutely loved BSS this year. But my favourite performance from the mini-festival on the island had to be Beach House. It also helps that they had the best t-shirts on sale.

Bonobo (The Phoenix)
This show will always have a special place in my heart as the first show I got to cover for blogTO. That being said, it was also a great show in that nine super talented musicians took the stage to deliver a flawless set.

No Age (The Great Hall)
If one were to measure the quality of a show by how many days afterward your ears are ringing, this show would be number one.

Aeroplane (Wrongbar)
Just days prior to this show news came down that the Belgian producing duo of Vito De Luca and Stephen Fasano had decided to go their separate ways. Thankfully, the show wasn't cancelled and Vito delivered a stellar set.

Mount Kimbie (Drake Hotel)
Let's be honest, most of the city's purveyors of dubstep are pretty uninspired. Thankfully, however, some of the truly innovate acts working in the genre also manage to come to the city. Mount Kimbie is one of those innovate acts and they put on a great show at the Drake.