Said The Whale make waves at the El Mocambo

A very excited crowd made it's way to the El Mocambo on Saturday night to see Said The Whale, In-Flight Safety, Graham Wright and We Are The Take. It was a chilly Spring evening, but that didn't stop anyone from getting their dance on. 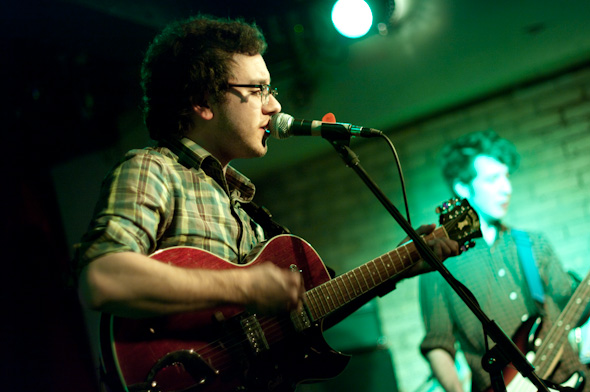 Graham Wright took to the stage first, with his friends The Good Times Band (Spencer MacEachern on bass and Will Currie on drums) along to help him out. 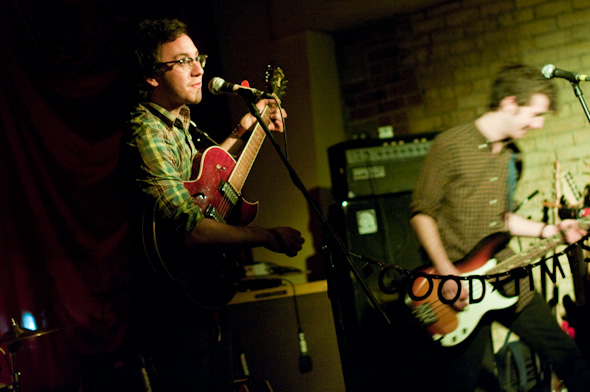 You might remember that Graham played keyboards in Tokyo Police Club, a band from Newmarket that got really popular, really fast across Canada in 2007 and 2008 and haven't been heard from a whole lot since. Seems that Graham's been writing some really good music, some of which you can download for free! I missed the first song or two of his set, but the rest was filled with really fun music, definitely fitting the title of Good Times. 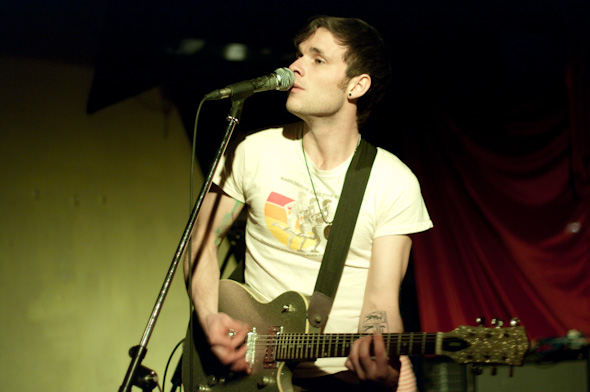 After a very short break, Said The Whale came out swinging with an magnificently upbeat set, featuring songs from their album Islands Disappear like "Emerald Lake," "AB" and "Out on the Shield." 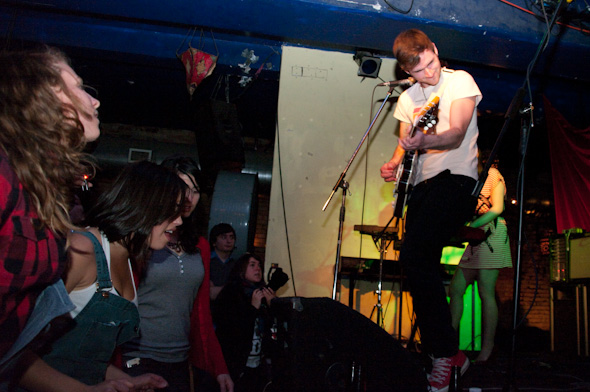 A lot of people were dancing, and there was even a group of fans dressed in overalls and straw hats (the significance of which I still can't figure out). With sing-a-long chorus like "what a fine life we are living" and "we were here for the gold," it was difficult for anyone to resist joining in. 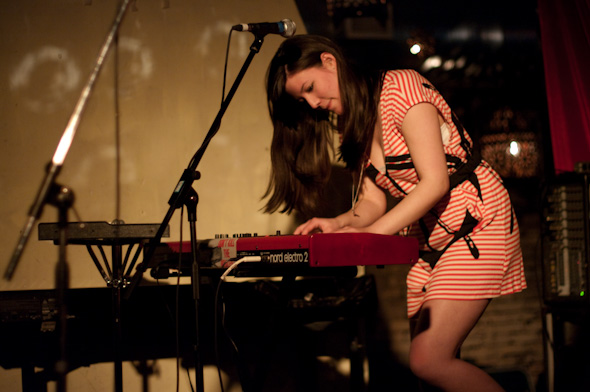 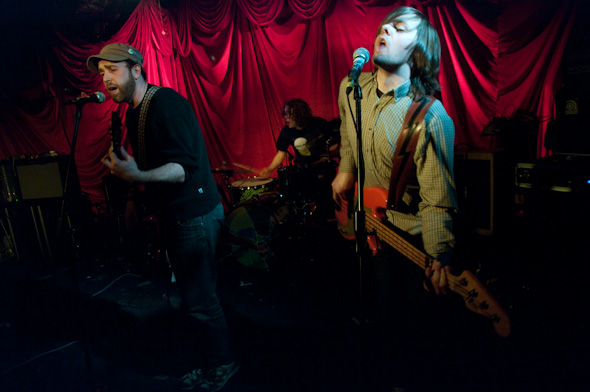 The Said The Whale set ended to chants of "one more song!" and "encore!" from the crowd, an awkward spot for a band that's only the second of the night, but people are obviously anxious for new material from these talented Vancouver musicians. 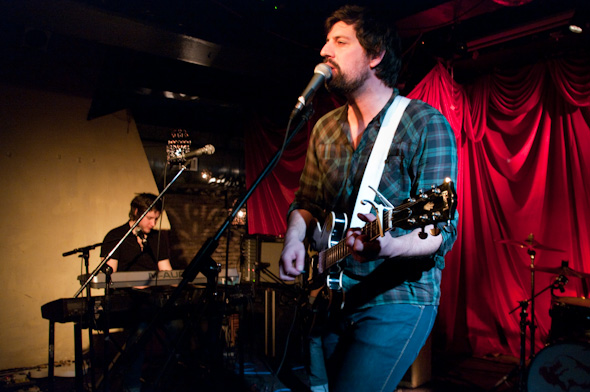 After one of the quickest drum-kit switches I've ever seen, In-Flight Safety came out with songs from their East Coast Music Award-winning album We Are An Empire, My Dear. Unfortunately, most of the crowd must have only shown up to see Said The Whale, as it was clear that a lot of the dance-happy members of the audience had left by the time In-Flight Safety started. 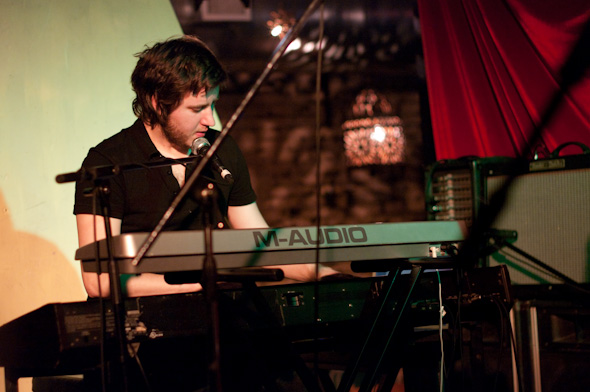 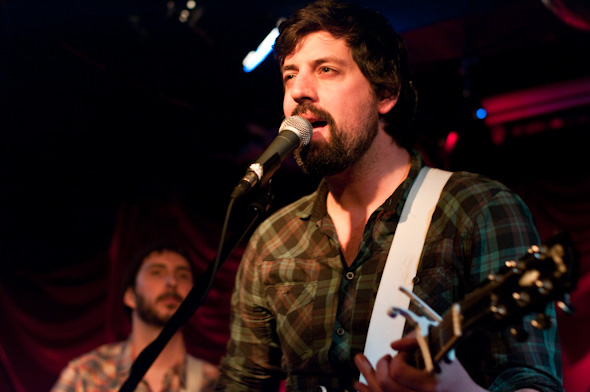 In-Flight Safety hail from Halifax, and being from Newfoundland, I have a soft-spot for East Coast groups. And so it was good to see that the small crowd didn't stop these guys from putting their all into a solid set. 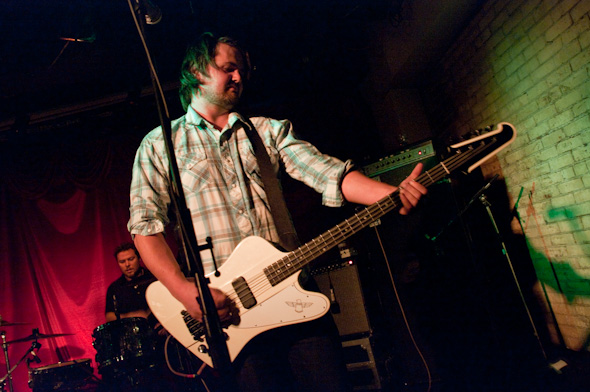 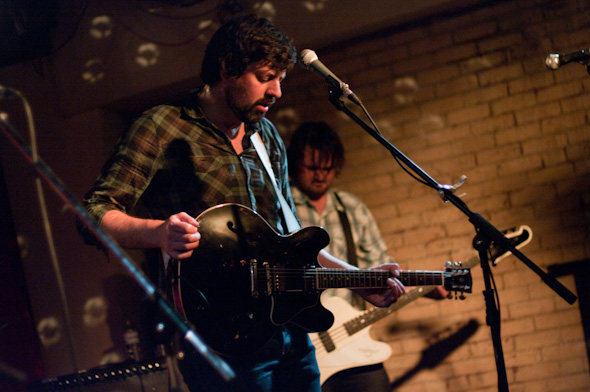 We Are The Take were set to take the stage next, but after a really long day, I decided to catch the subway home. I heard that their set was great, and I'm going to try to see them the next chance I get.

Said The Whale, In-Flight Safety and Graham Wright are touring their way around Ontario, with STW heading out east to continue their Kill 'em with Kindness tour by themselves in early April. All tour dates are available here.