Friday night's Kate Bush tribute night at Hugh's Room was a treat. Not just for the audience, but the performers as well.

Some of the talented local performers had previously learned Kate Bush songs, being longtime fans of her music. Others admitted to learning the songs expressly for the show and were still putting the finishing touches on the arrangements at intermission in between the two sets. Either way, it made for some fresh and exciting interpretations of this woman's work.

The resulting evening of music was much more diverse and just as enjoyable as the original songs. There were some unusual arrangements, which included DJ Lexifer of Legion of Green Men doing a sampled mishmash (don't call it a mashup), accompanied on stage by a hula hoop dancer.

And the a capella group of seven singing Cloudbusting, as previously mentioned in my review of Retrocity's show last Tuesday, got a tremendous reception at this show as well.

Continue reading for more photos and the full review.... 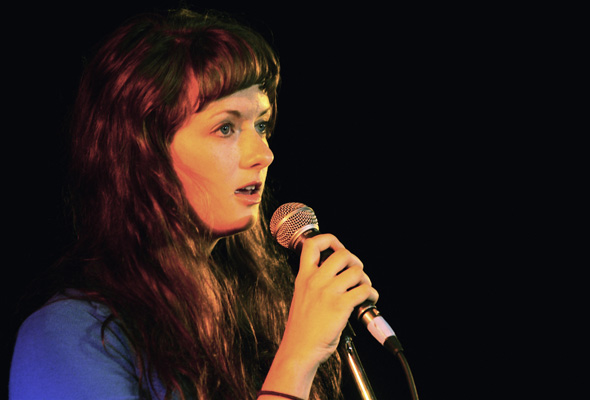 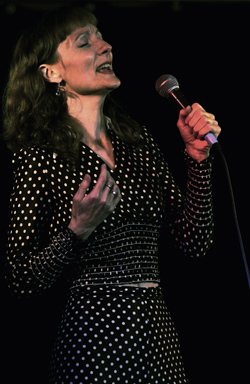 I'd have preferred to hear a DJ mix songs in between artists' sets or during the 20-minute intermission, instead of having to listen to the often verbose introductions by promoter Michael Wrycraft.

But Kudos to Wrycraft for bringing together such a talented bunch of local musicians.

First up was Suzy Wilde (pictured above) who was accompanied by Jaron Freeman Fox on a fiddle with a lot of effects pedals, which worked well together.

Next to take the stage was Jennifer Moore, (pictured right) adorned in a beautiful full-length, polka-dot outfit.

She prefaced her songs saying she "really liked speaking to animals and speaking to the planet" before launching into spirited versions of "And Dream of Sheep" and "Hello Earth."

One of my favourite performers of the night was Kevin Fox (pictured below). This Christian Slater lookalike sung and played cello simultaneously, along with a looped recording of a second cello part for Army Dreamers.

His interpretation of Wuthering Heights was phenomenal. 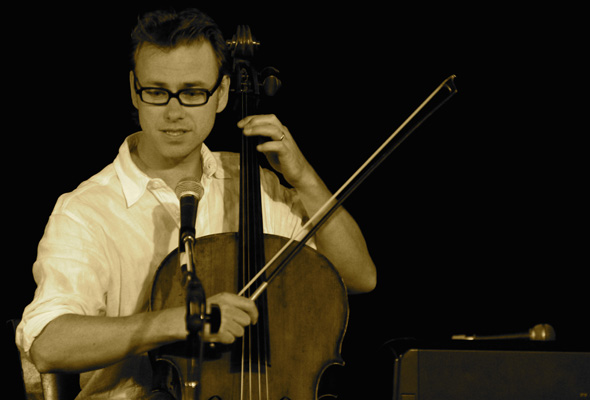 Touted by Wycraft as "the best smelling musician in Toronto," Kurt Swinghammer took the stage to perform "Running Up That Hill" and "Hounds of Love." Swinghammer adeptly backed up several other performers on the night as well, including Andrea Koziol (pictured together below).

The evening had so many memorable performances. Among them, Laurel MacDonald's moving rendition of "The Man With the Child in His Eyes."

Perhaps the most impressive voice of the night's show came from opera-trained Fides Krucker (pictured in the top photo) who sung "This Woman's Work" and "The White Rose," which truly showcased her upper range.

Look out for the "Boys Do Girls" night of men covering their favourite songs by women on September 19. A Tom Waits tribute night is also in the works for November 28. Both shows are at Hugh's Room.