Two years since the closure of the iconic T&T on Cherry Street—long demolished to make way for a massive overhaul of the Port Lands—the grocery store has made a comeback in the former City Market space. 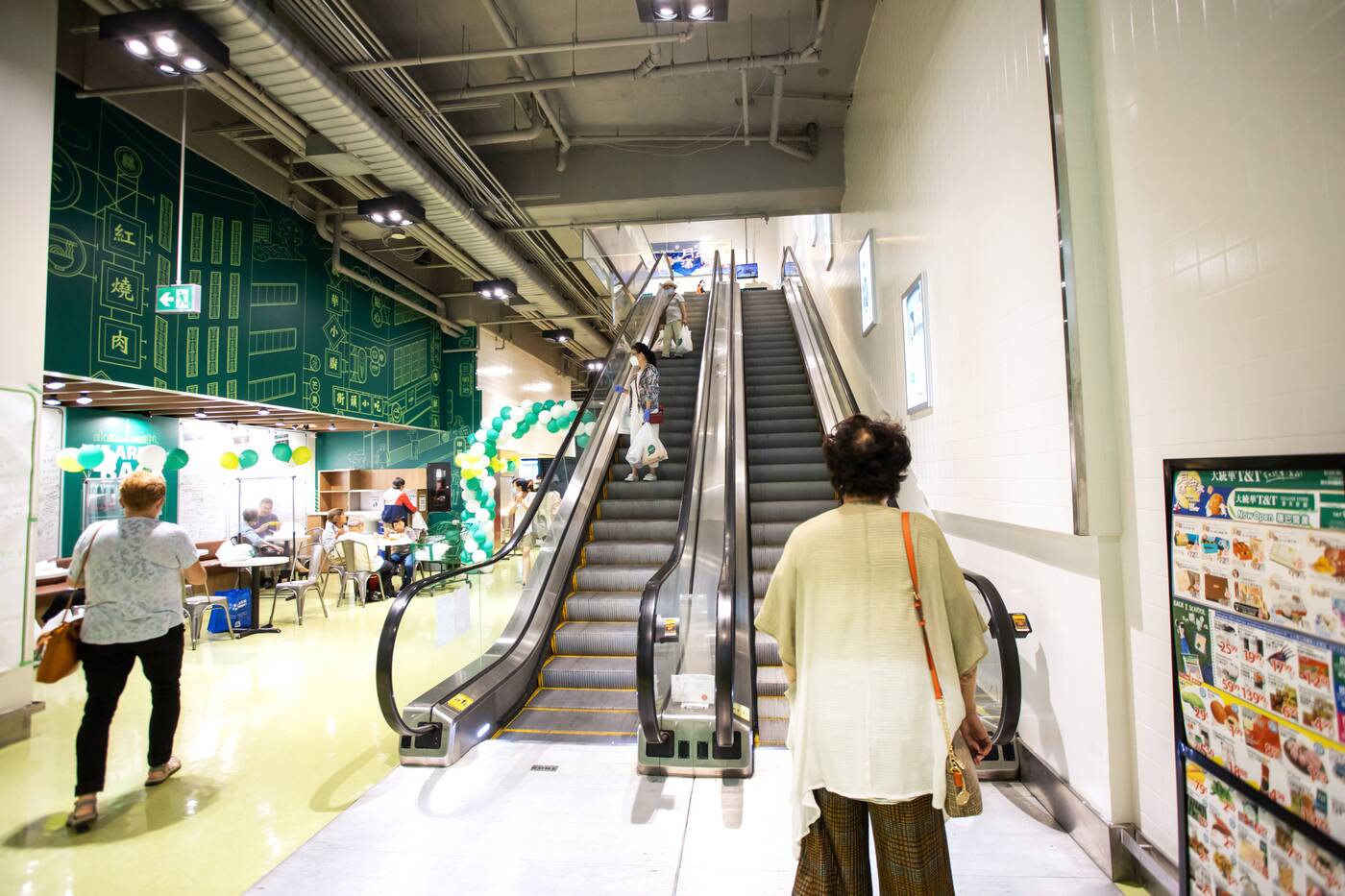 Replacing the contentious big box chain that had Kensington Market residents up in arms is a new outpost of another Loblaws-owned brand. 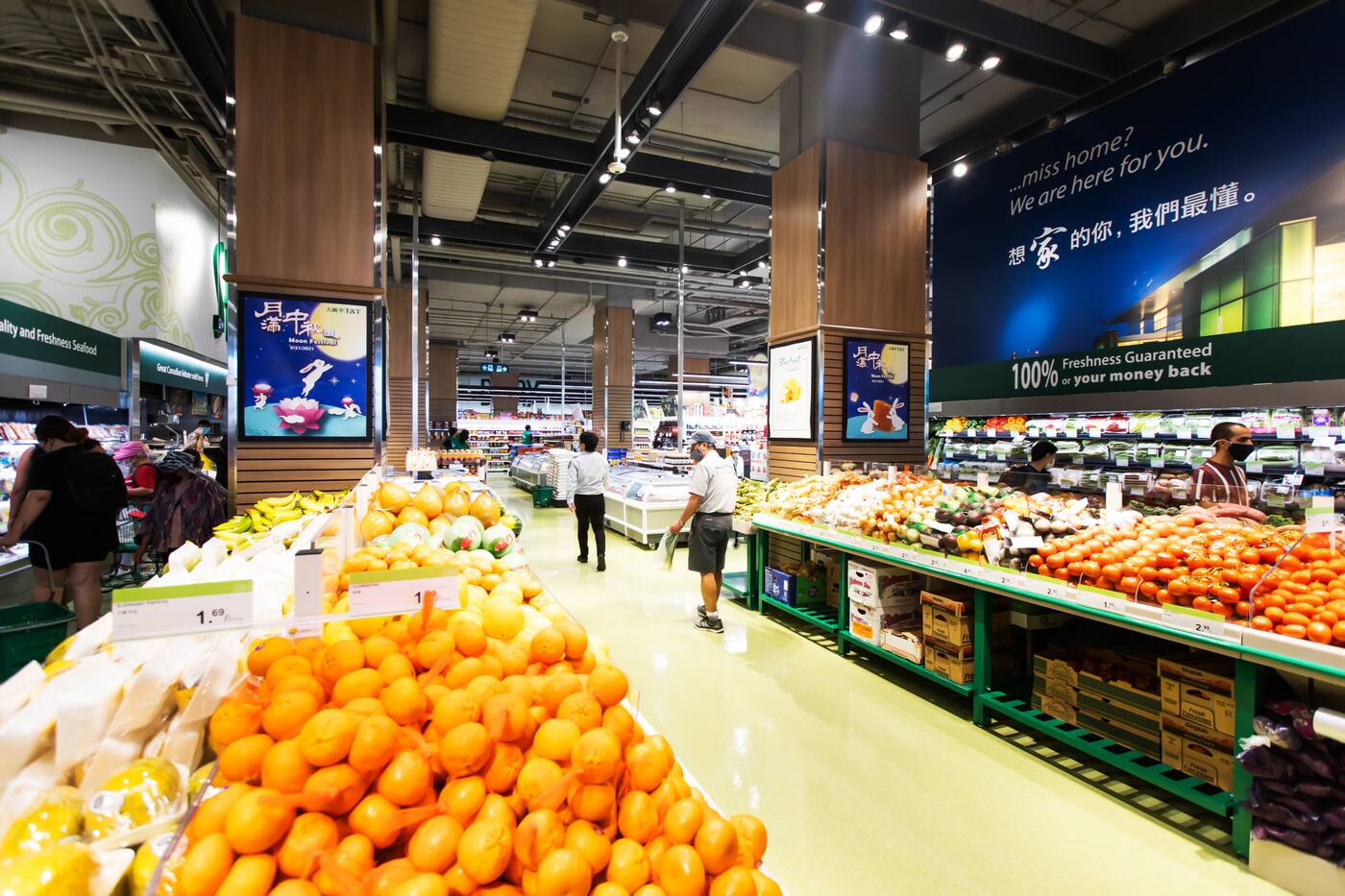 This upper-floor T&T is its smallest supermarket at 27,000 square feet, still easily dwarfing the local grocers in the area.

The grocery store manages to squeeze in all the departments the brand is known for, including its in-house deli, bakery, an extensive meat section and aisles chock full of Asian household staples. 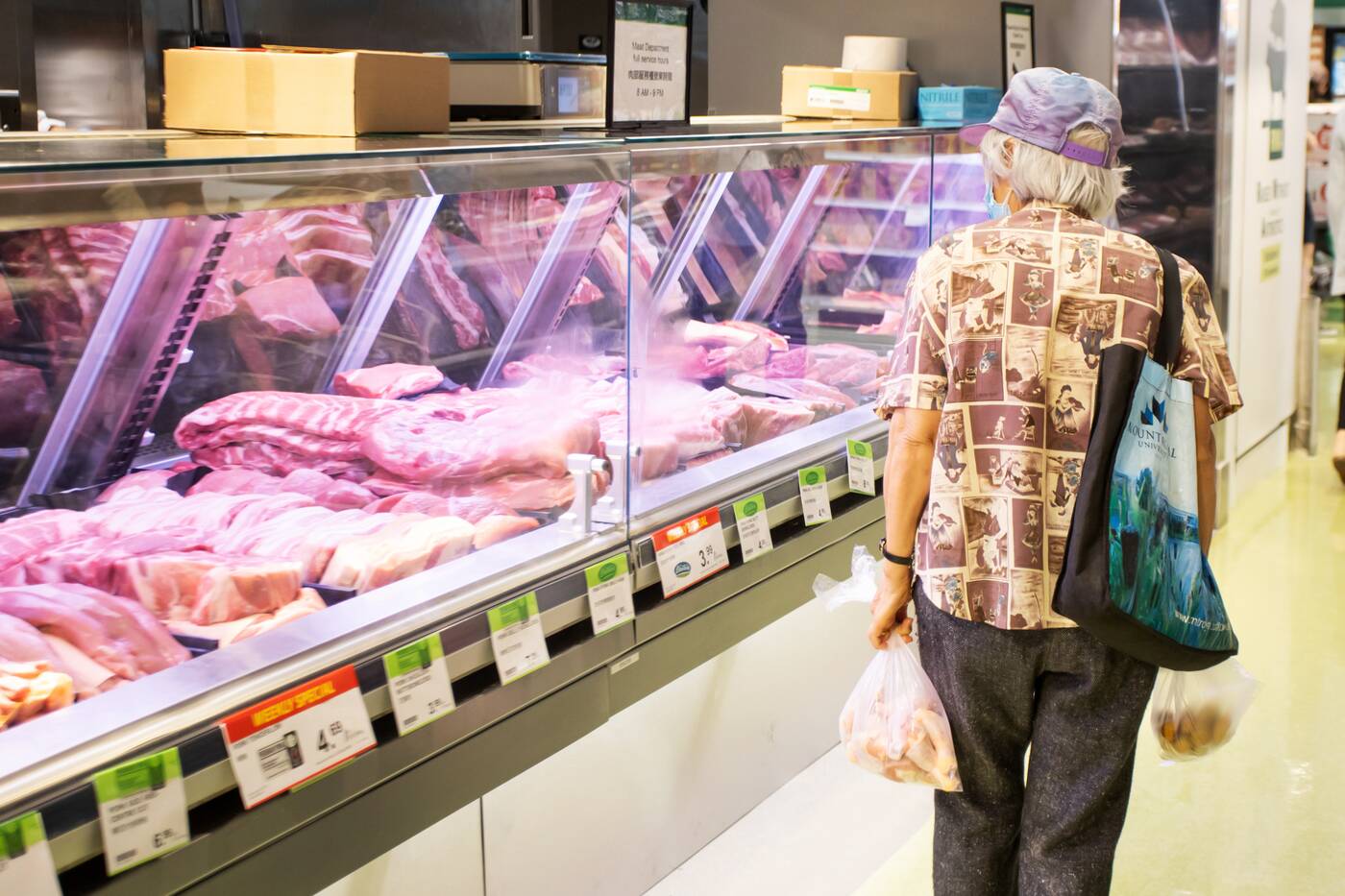 Lee's family was already in the food import industry, but her goal was to open an alternative to Safeway (another staple supermarket chain that was popular in B.C.), only for the Asian community, complete with washrooms and shiny new aisles. 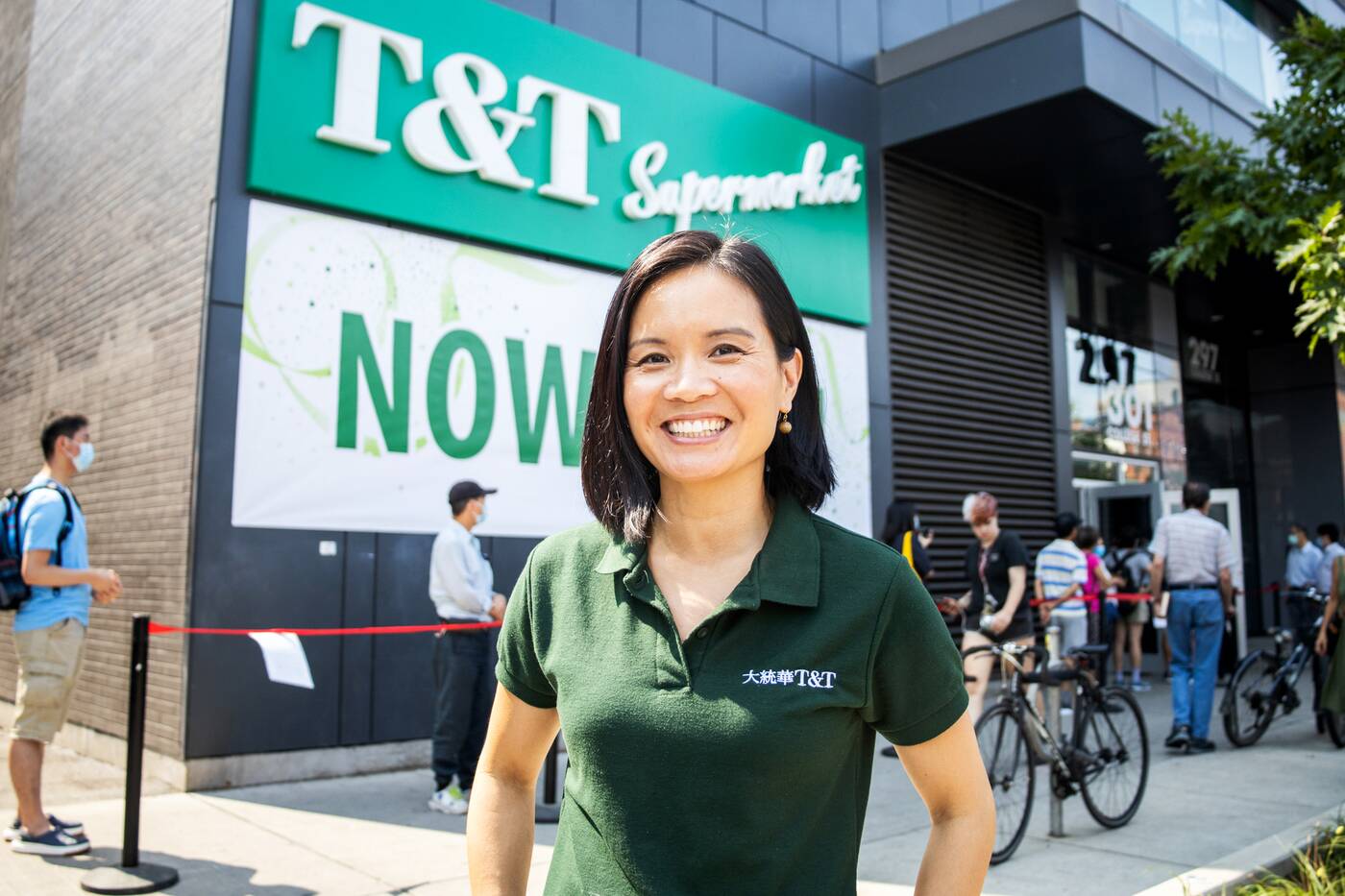 Naming the business after her two daughers, Tina and Tiffany, Lee's brand has since become the largest Asian supermarket in the country.

T&T was bought by Loblaw Ltd. in 2009, though it's still owned partially by the family, says Tina, who took over from her mom as CEO in 2014. 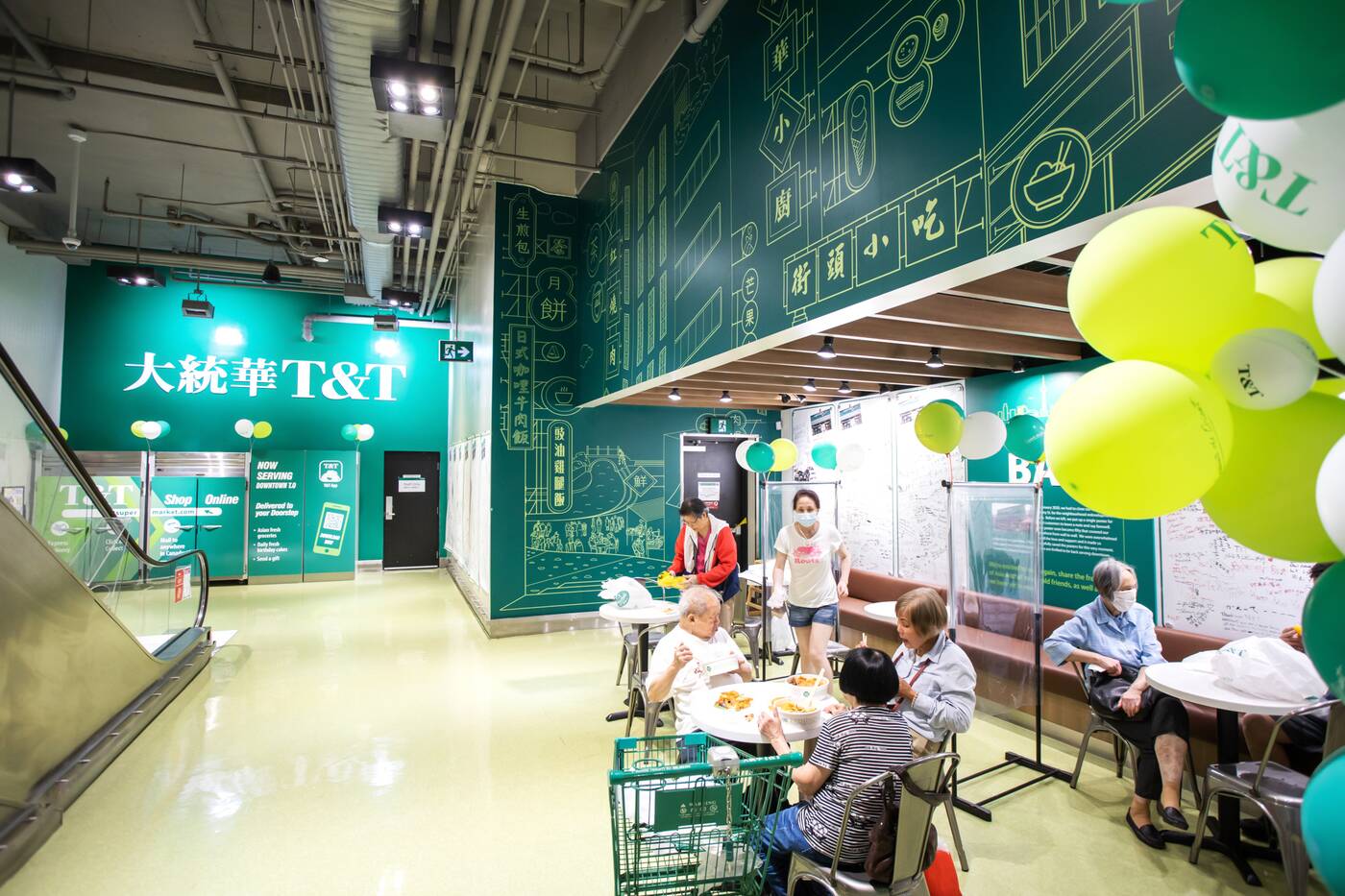 There are concerns that this massive grocer could spell trouble for smaller shops like Hua Sheng, Kai Wei, or Lucky Moose, or the staple fruit and veggie markets of Kensington. "We have a bigger store so we just want to add variety to Chinatown and Kensington," says Lee. 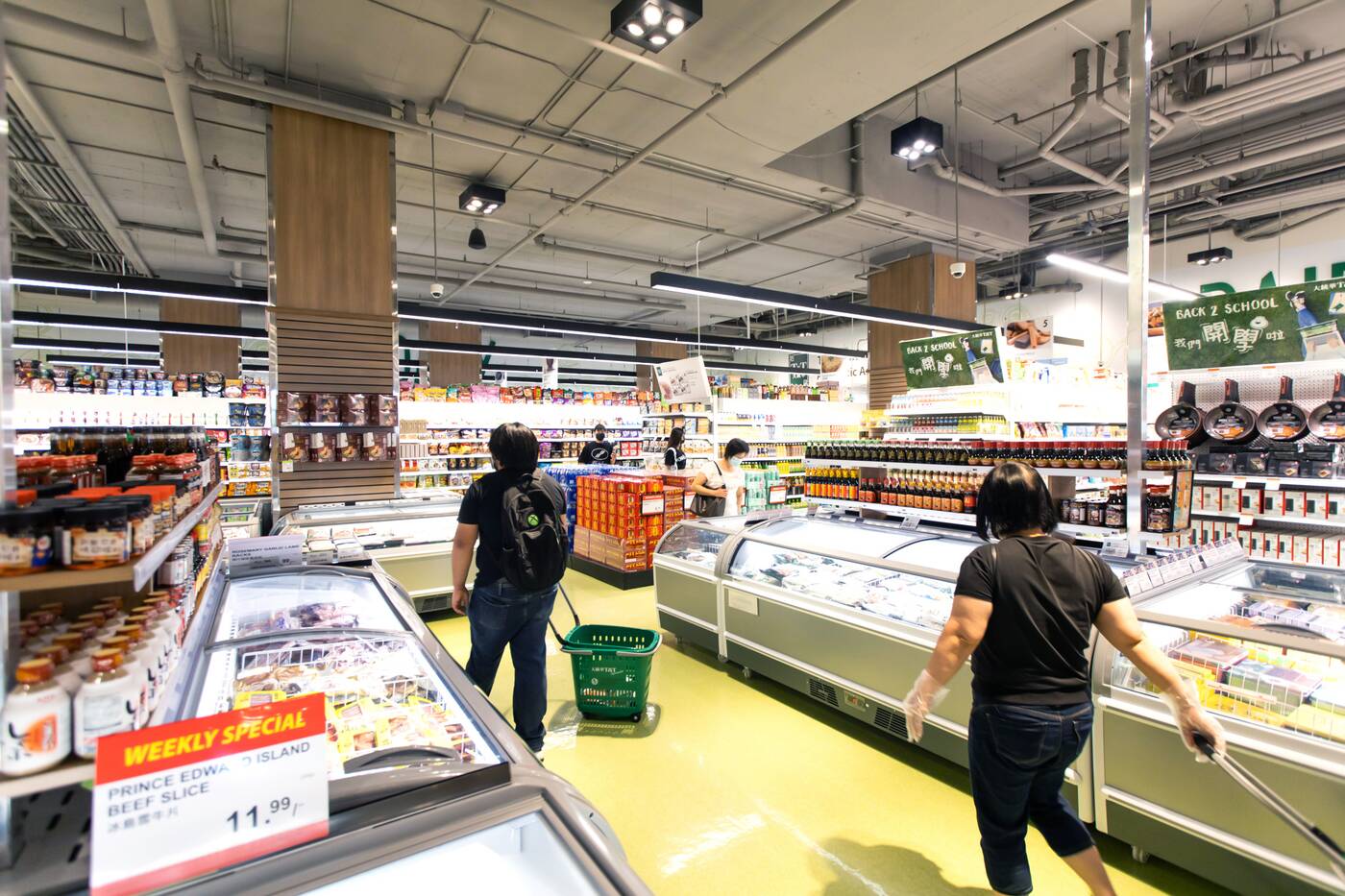 The question is whether or not there's enough business to go around. As far as T&T goes, it's no holds barred. The sheer selection here is enough to capture the entirety of the neighbourhood.

On arrival, there's a buggy cart holding area that will eventually offer bubble tea. There's a nostalgic element to the store: Farewell signs from the old Cherry Street T&T now hang on the walls of this new location and 21 of the Cherry Street staff have been rehired to work here. 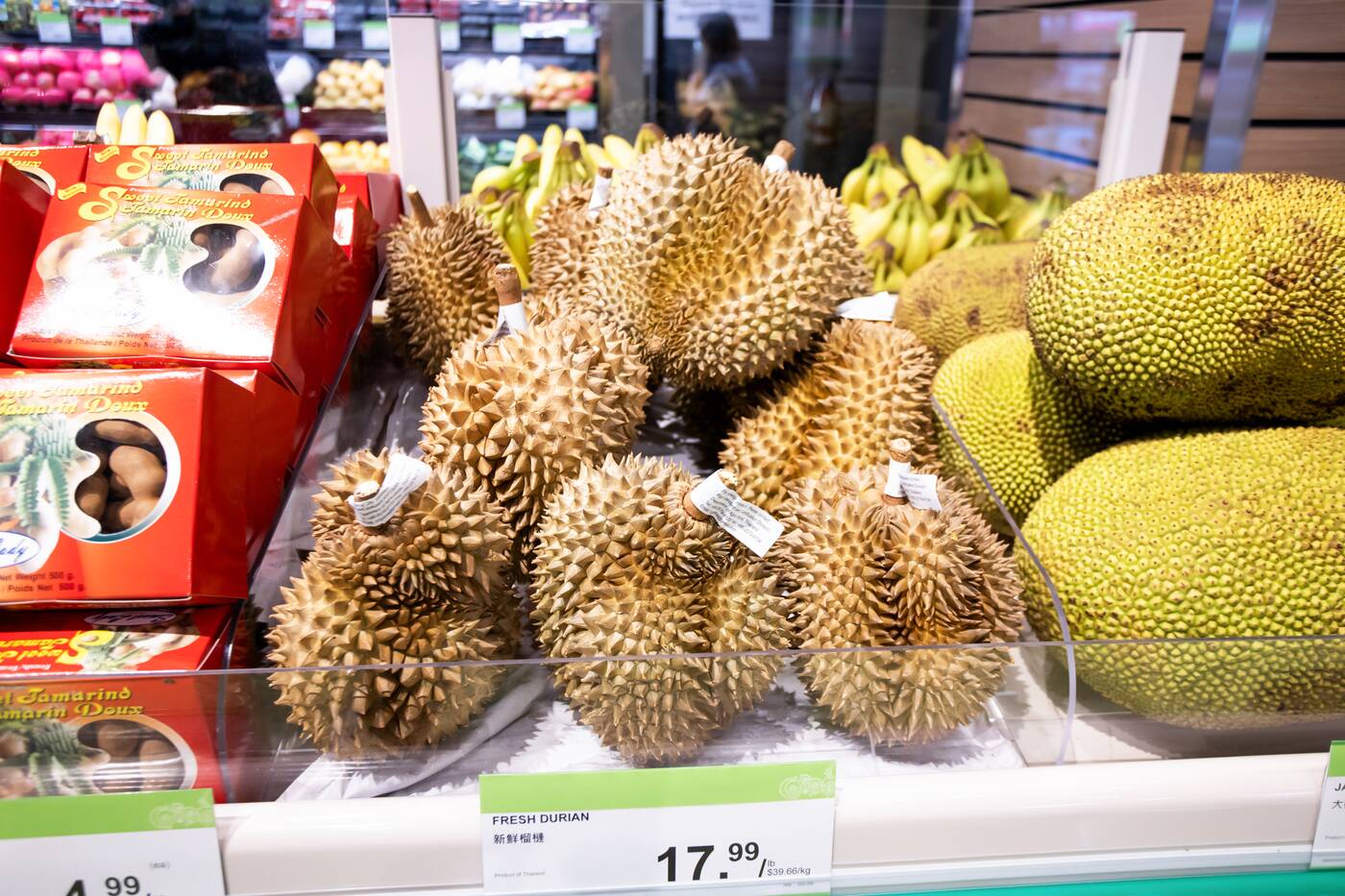 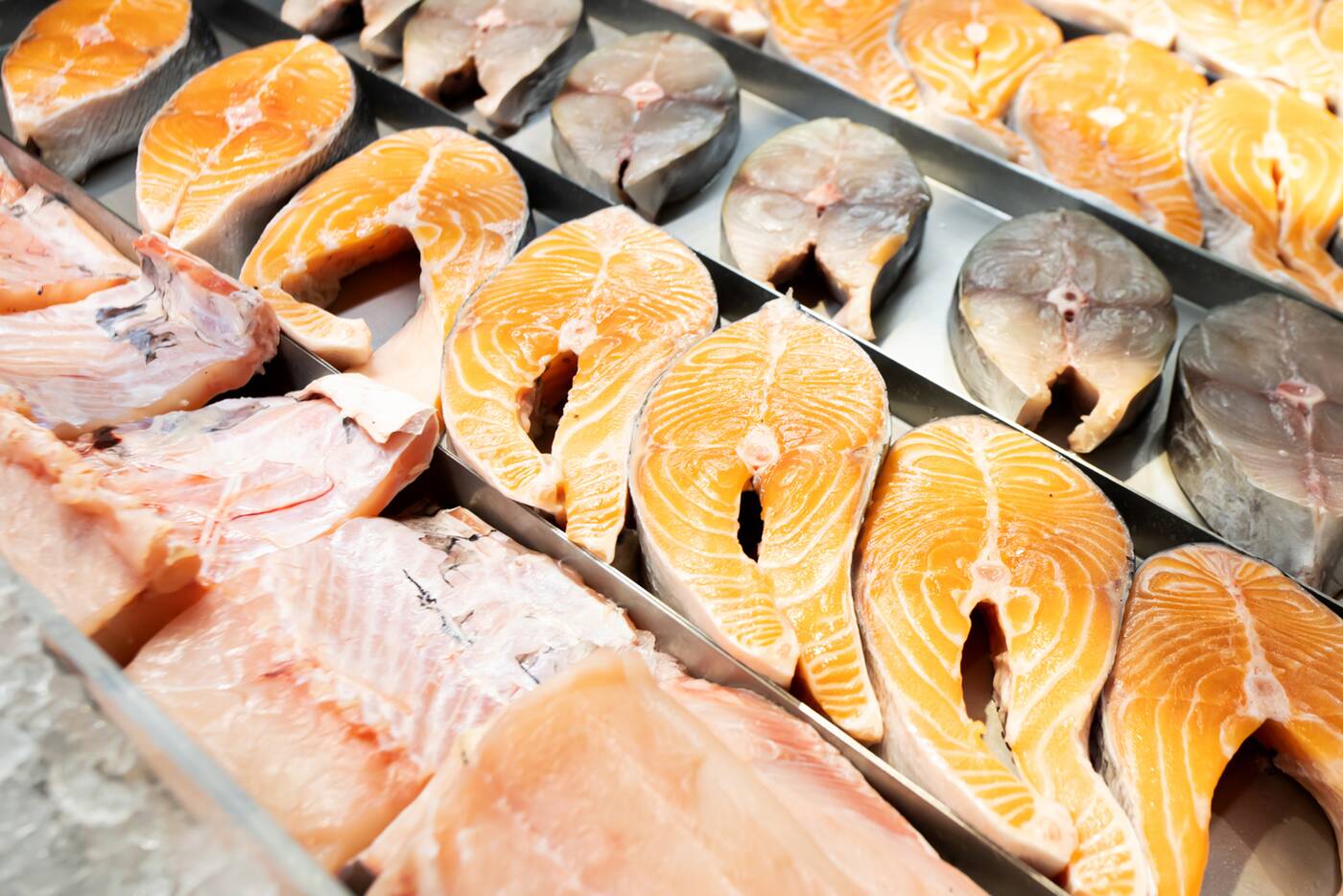 The seafood section is smaller than other T&Ts, but offers Cherry Stone clams, live oysters, salmon from both Atlantic Canada and Norwegian Salmon. 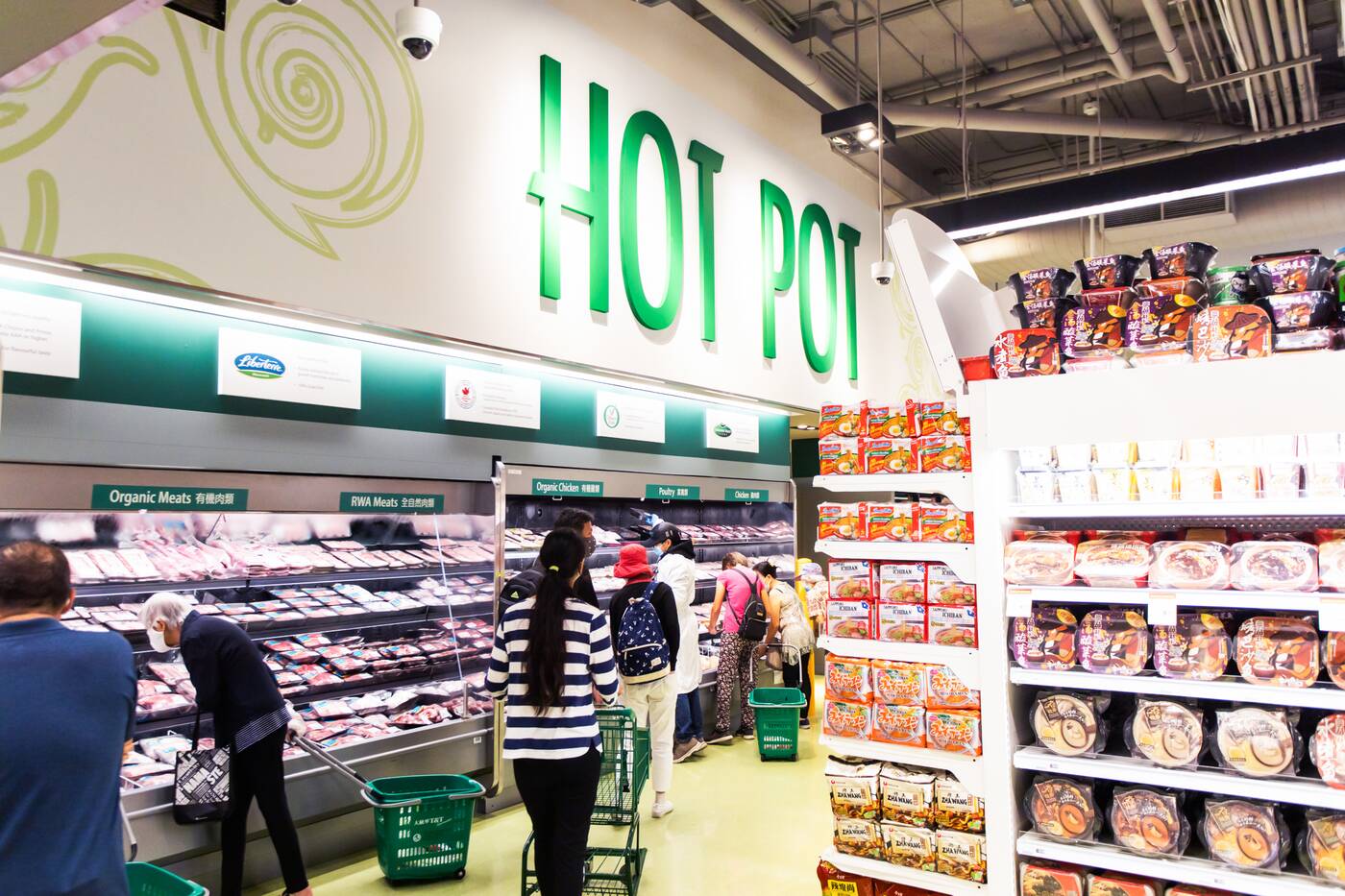 The most robust part of T&T is its meat section. 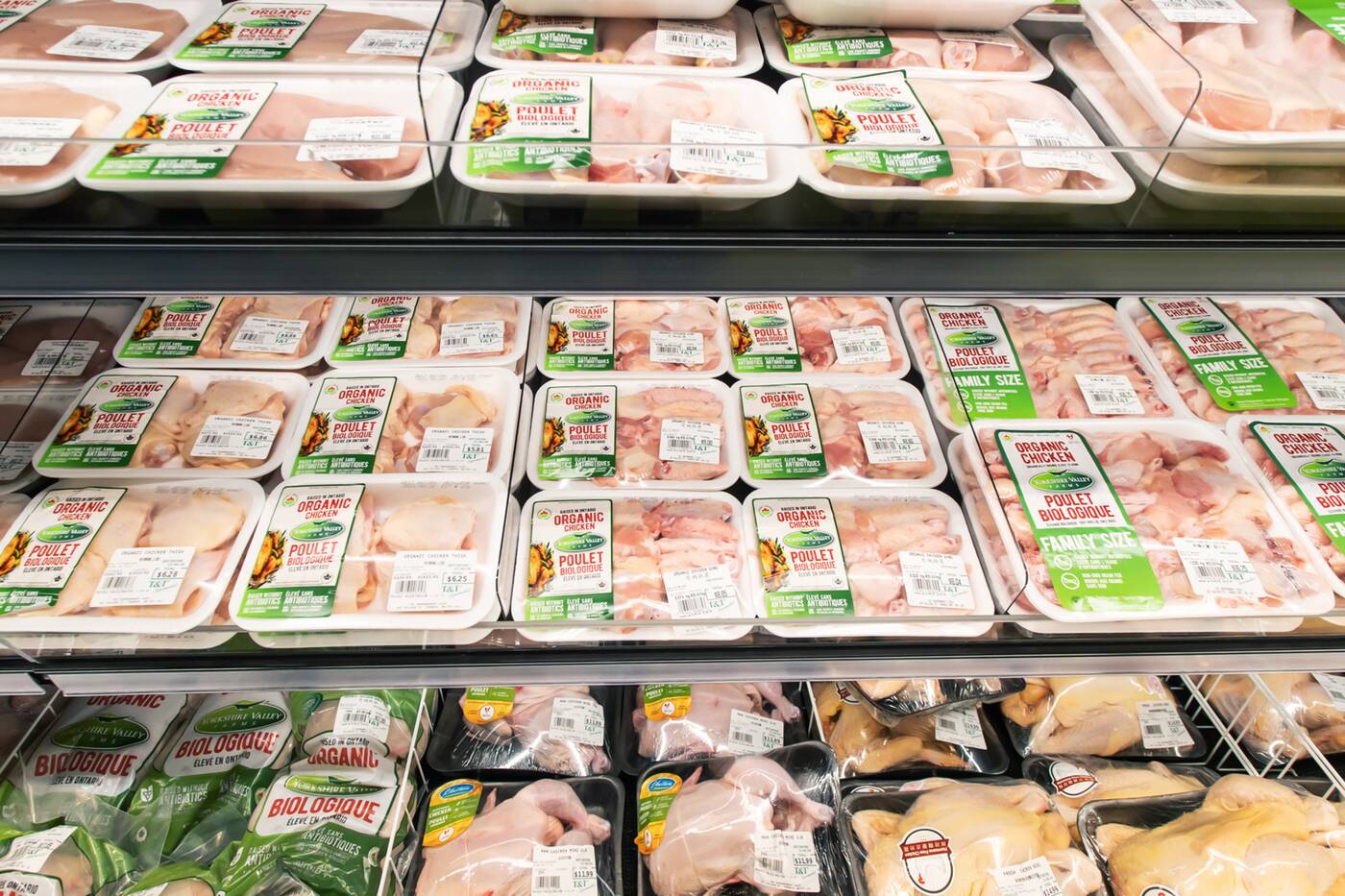 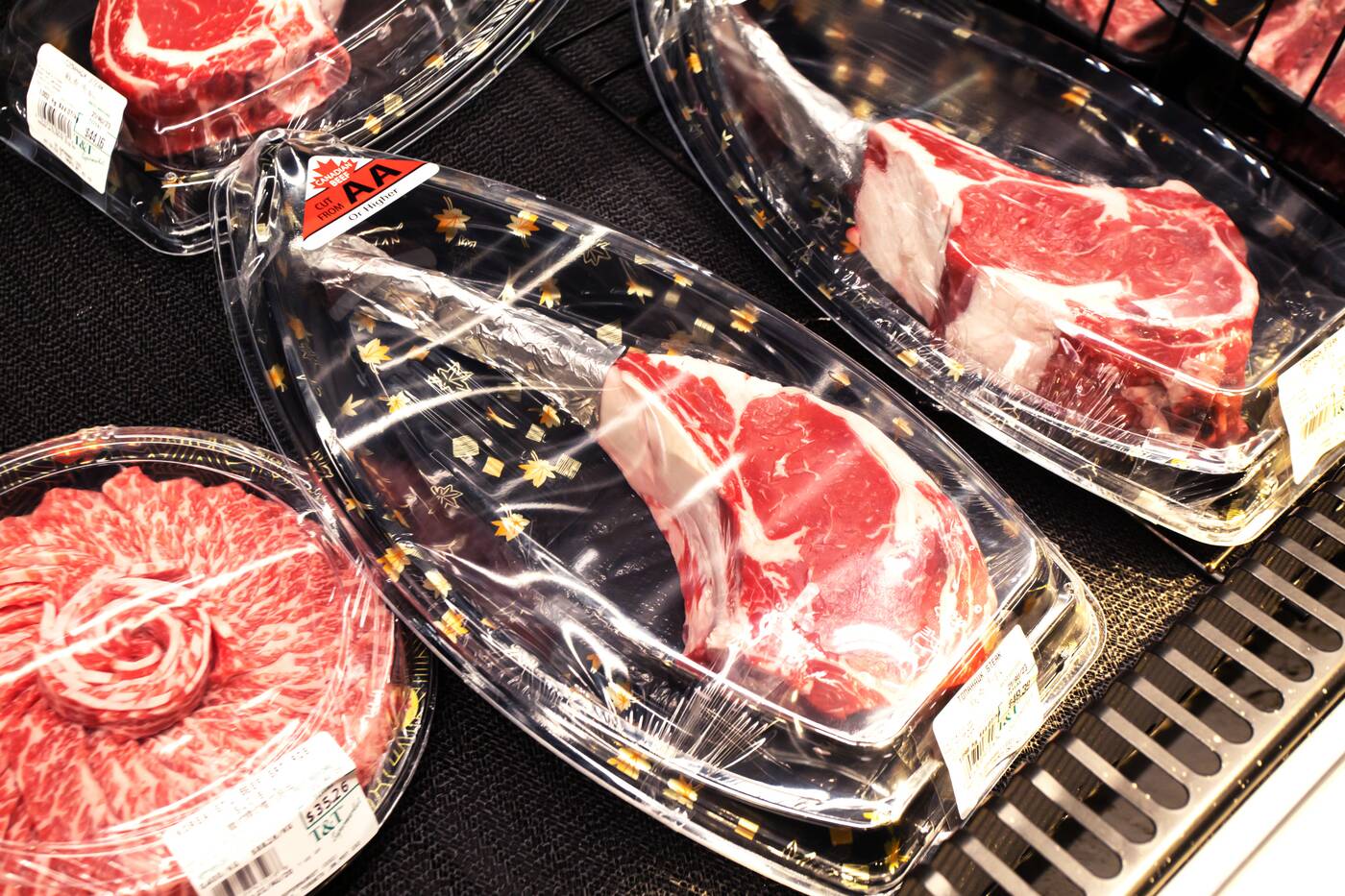 Most are categorized aptly under 'Hot Pot', though there's a section for surprisingly affordable wagyu beef ($76 for around 200 grams) and hulking tomahawk steaks for under $60. 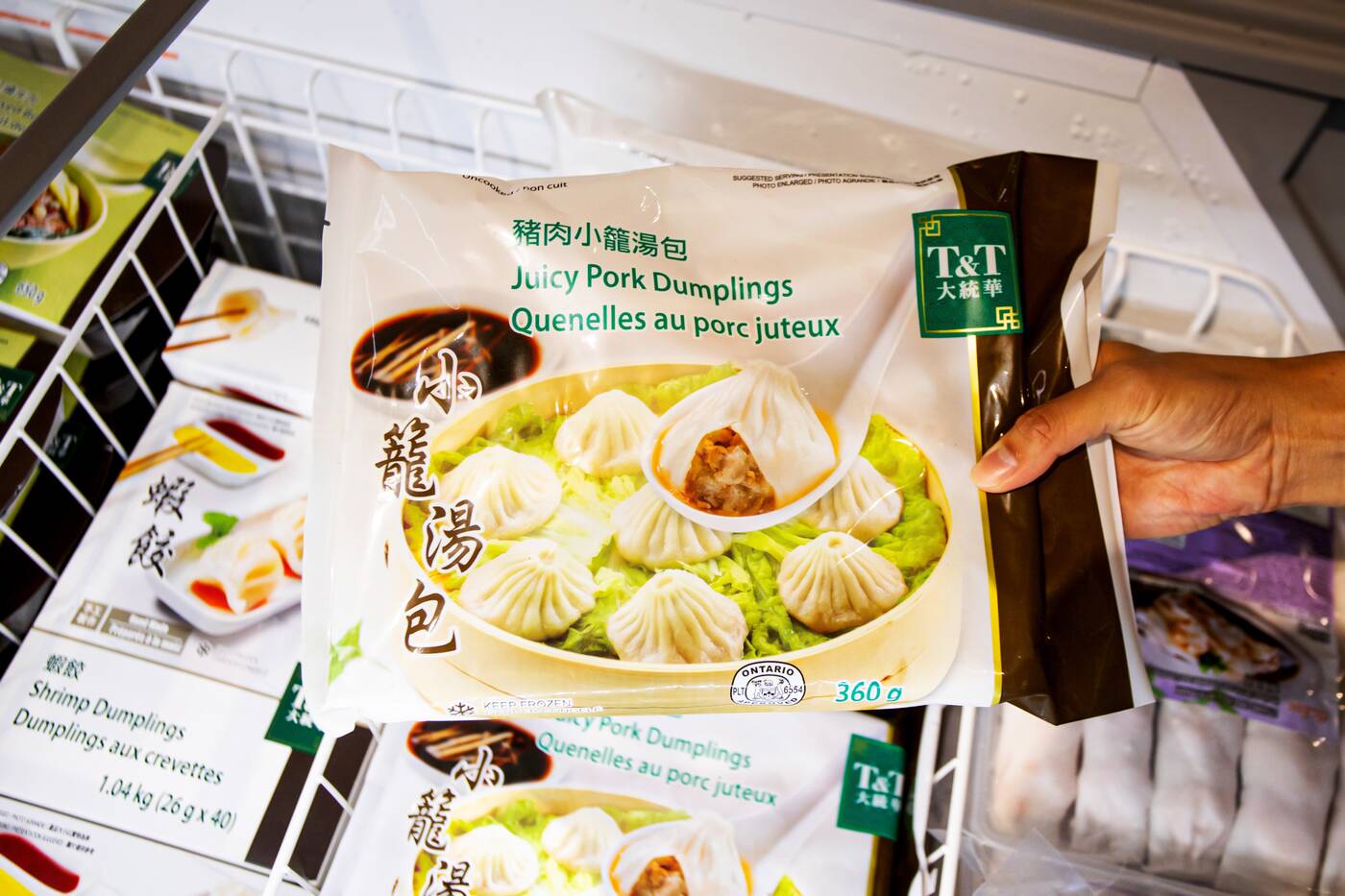 T&T also has its own line of products: they have over 300 SKUs that include popular boxes of green onion pancakes or T&T xiaolongbaos filled with pork.

With the slew of U of T residences just a stones-throw away, aisles are jam-packed with easy sustenance. 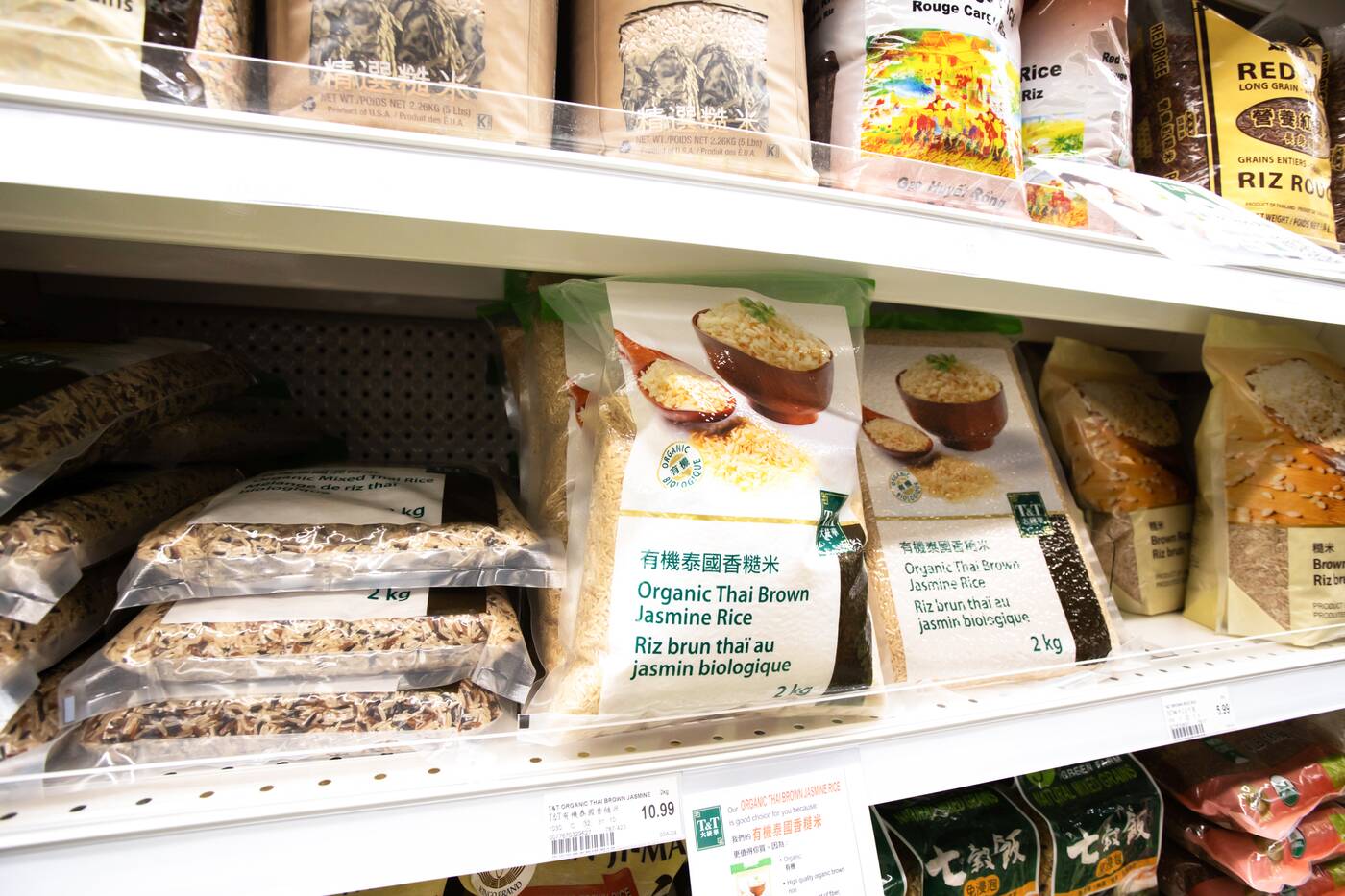 Fridges are stocked with icy treats like white rabbit ice bars and there's an entire section dedicated to instant noodles.

There's over 150 types of soy sauce here and a selection of rice to match. 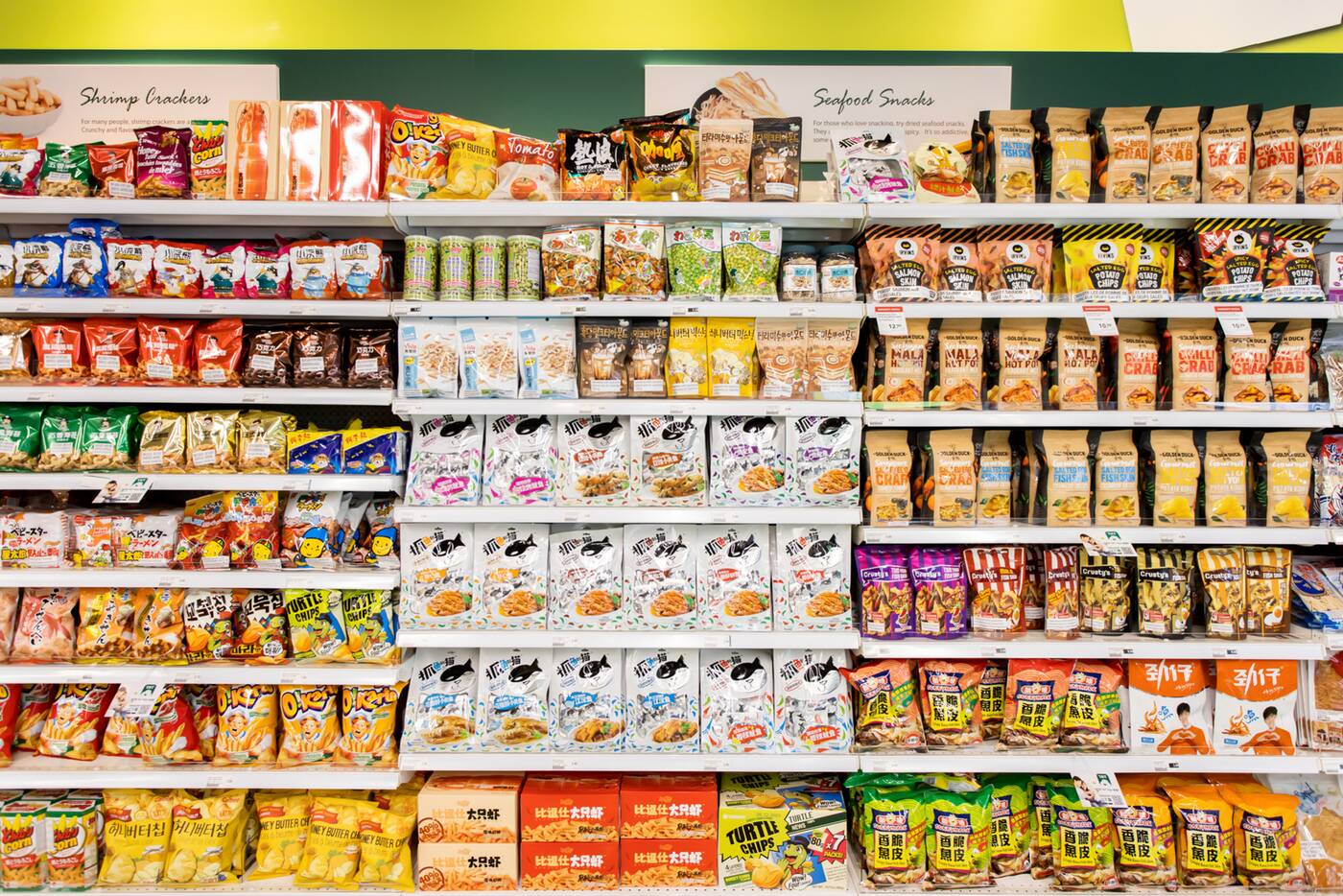 The snack wall is impressive and packed with shiny bags of crispy, salty, crunchy bites, with an emphasis on seafood snacks like marinaded fish skins. 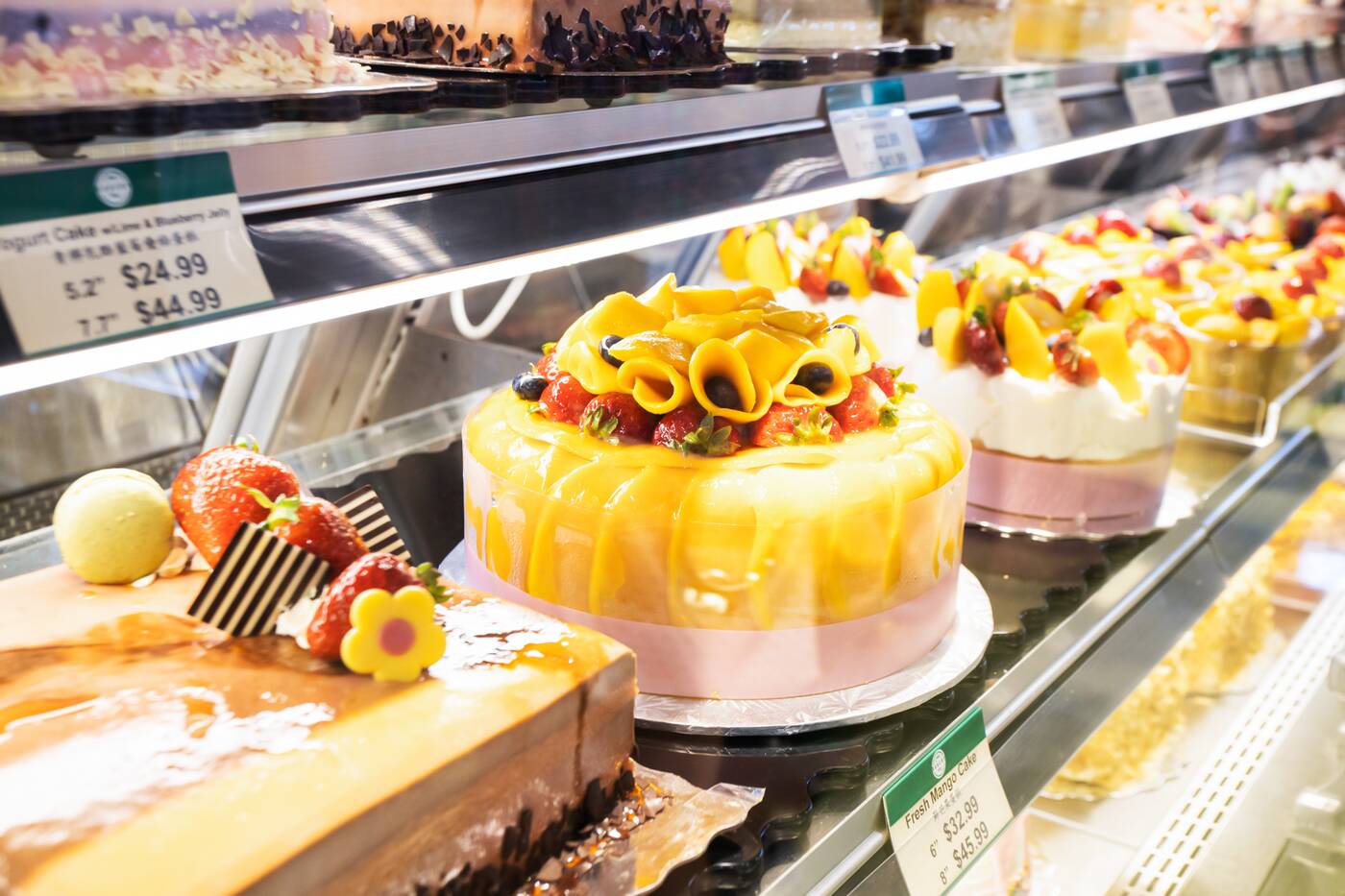 Past the beauty section and Pocky section is the bustling bakery section that makes the usual buns and dan tats fresh daily. 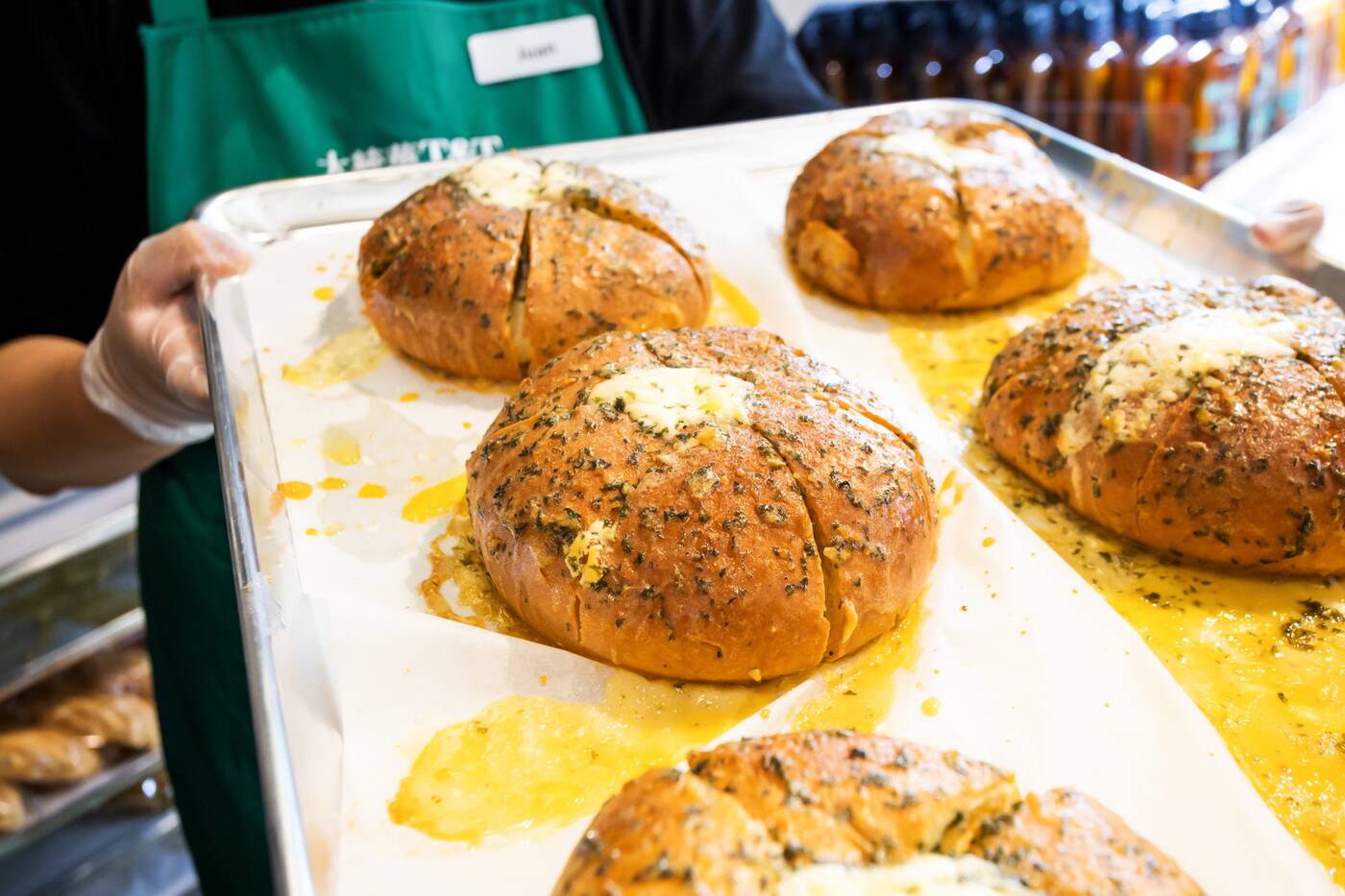 Beyond the bakery is the deli, where you'll find hanging roasted duck and char siu. 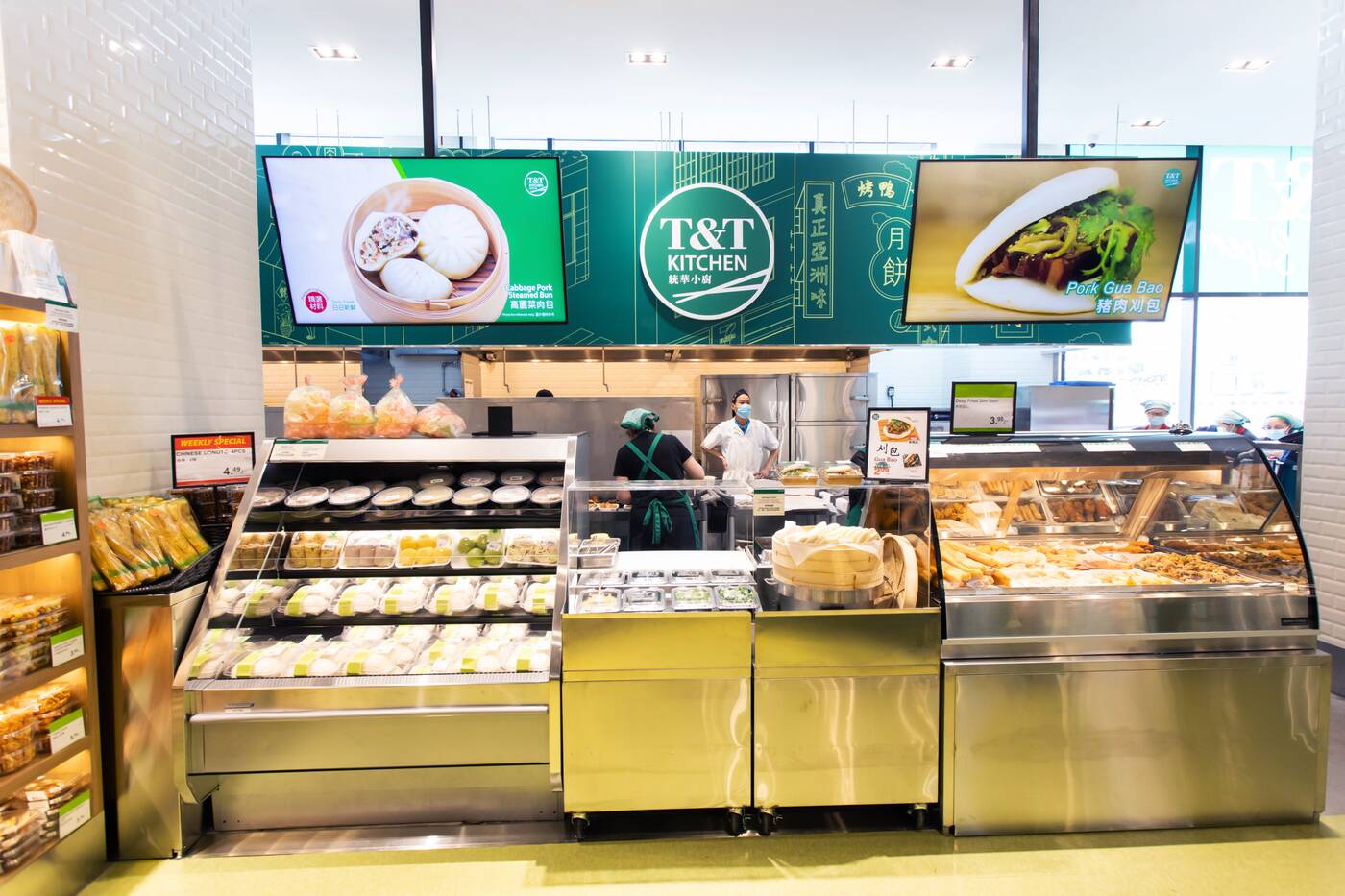 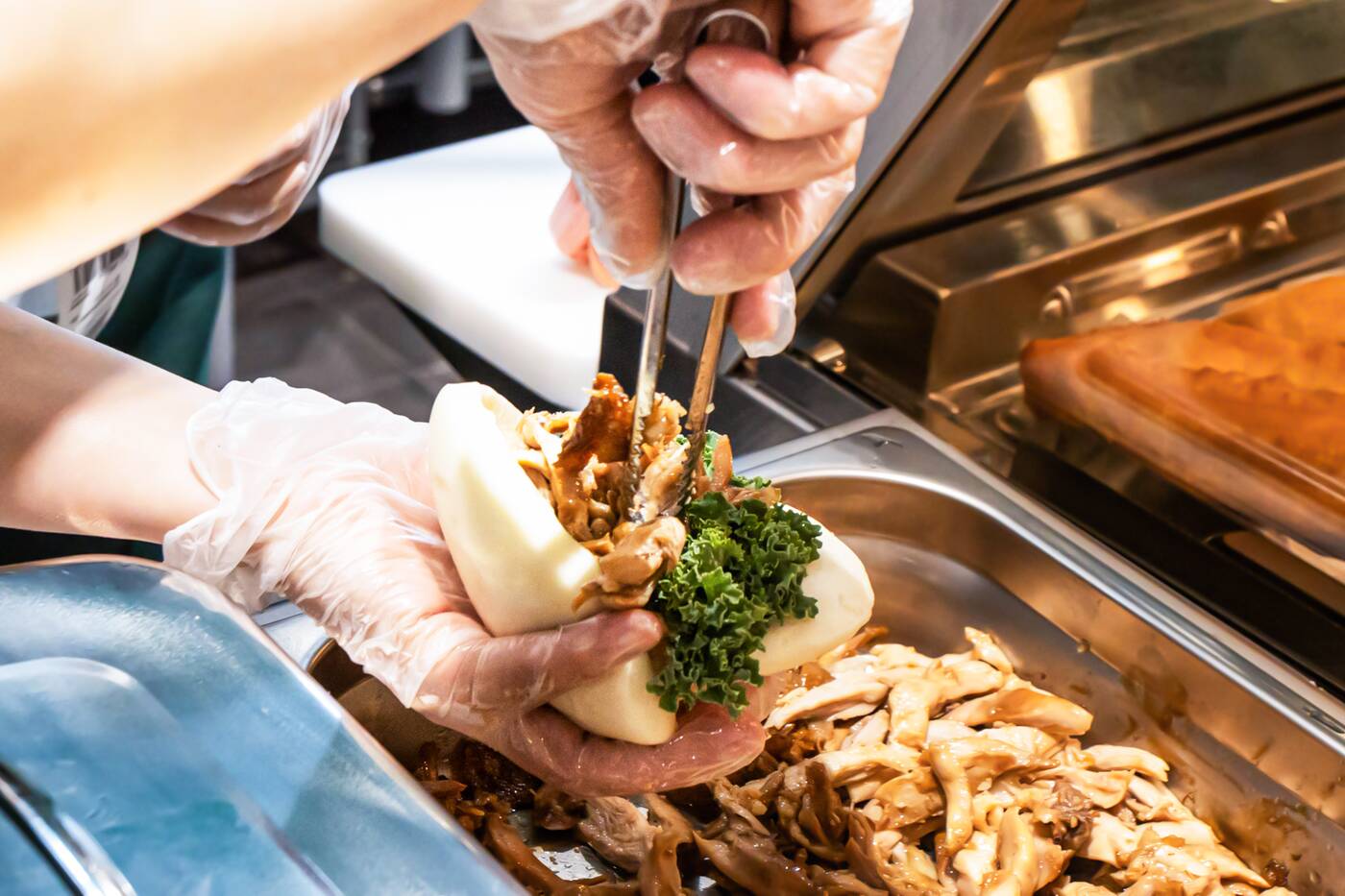 The pork belly bao comes with a layer of peanut powder. 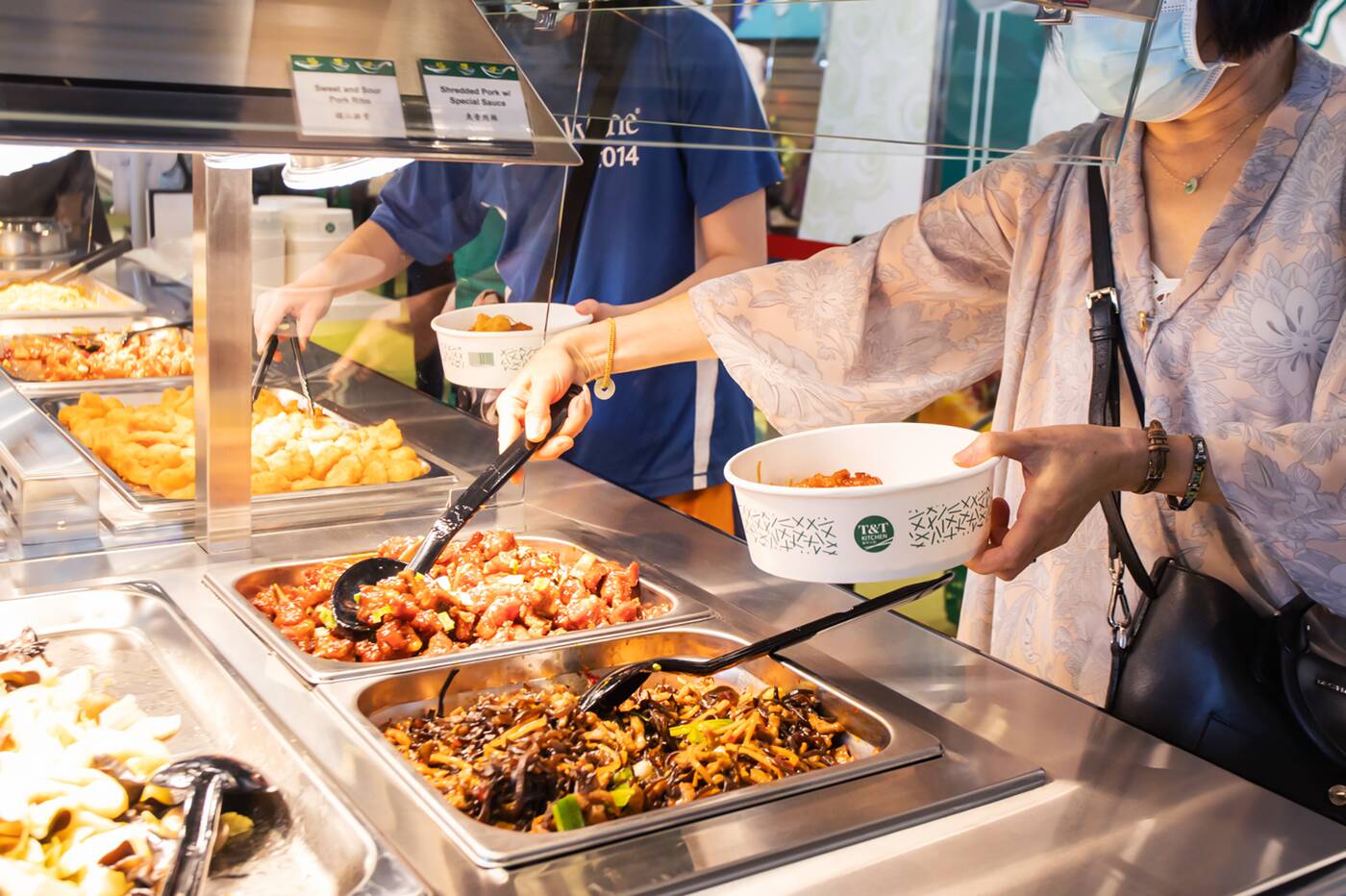 A busy hot counter includes a mix of rotating and permanent dishes like spicy fish or sweet and sour pork ribs, which are purchased by weight. 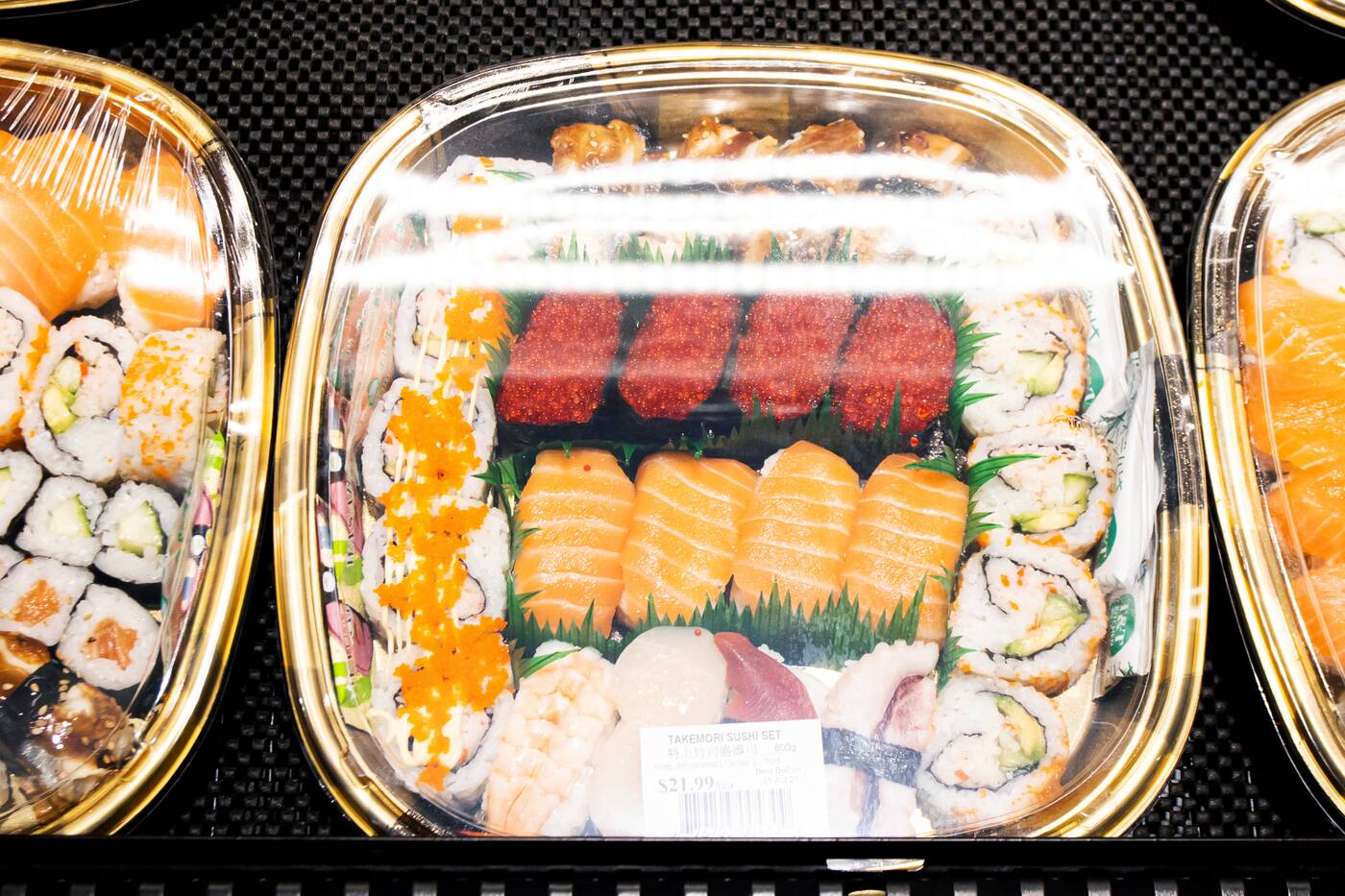 Worth noting are sushi platters that are way better than your average grocery store options. While T&T covers all the bases, it's up to customers to pick and choose in a neighbourhood with plenty of options. 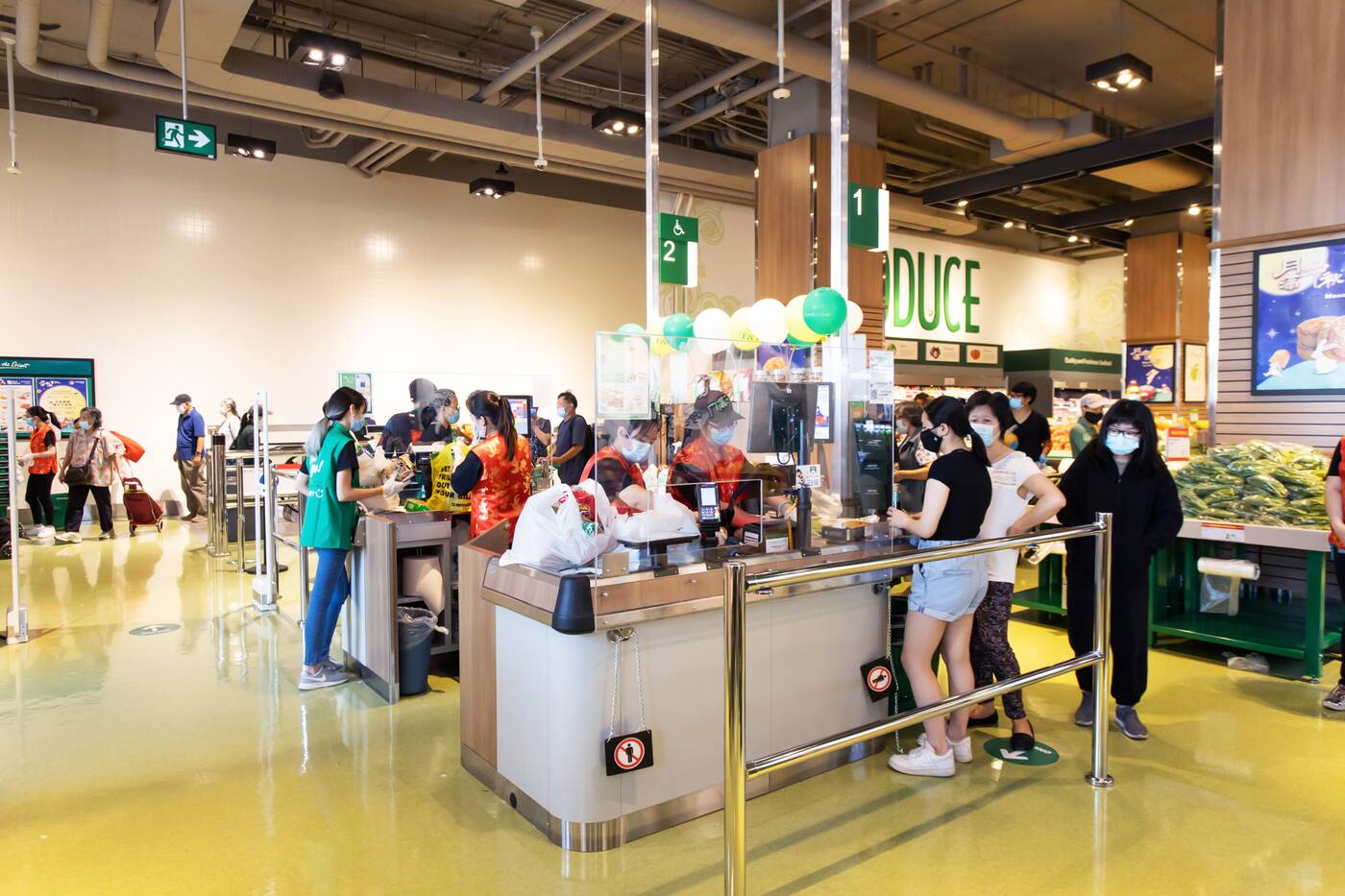