Thomas Lavers Cannery and Deli, which opened this past Saturday, is a highly evocative blast from the past. Although I'm told that it was born out of a desire to fill Kensington Market 's void for fresh pasta, its the neat stacks of mason jars on wooden shelves to one side which hold pickled veggies, preserves, and relishes, that seems designed to draw the eye. 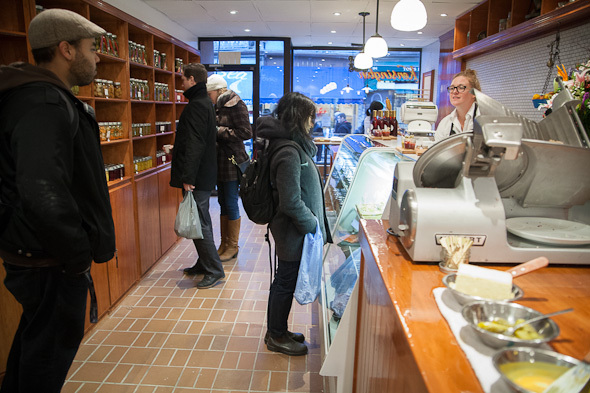 Thomas Lavers is a compound name of Brian Lavers (formerly of Grace Restaurant ) and Tye Thomas (of Ronnie's ), and they do all of their own canning. "We rented a kitchen over the summer when all the fruits and vegetables were in season," Lavers tells me, "and we tried to get as much Ontario fruit and produce as possible."

"We're still not sure exactly what our business is," Lavers tells me, but the community support has helped. Their first day was "off the hook," and business has been steady since. 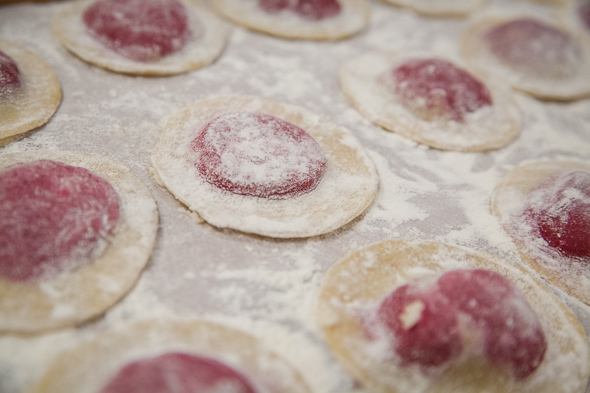 But first, a word about the decor. The hanging lamps and wood panelling are reminiscent of those from long-ago diners, and the wall of small white tiles behind the counter is, well, timeless. There are also hanging weights bearing fruits, small cubbies holding food-related curiosities above the counter, and root beer available from a wood-handled tap ($3 per eco-friendly corn starch cup). The window nook is reserved for a floured table and a pasta maker. 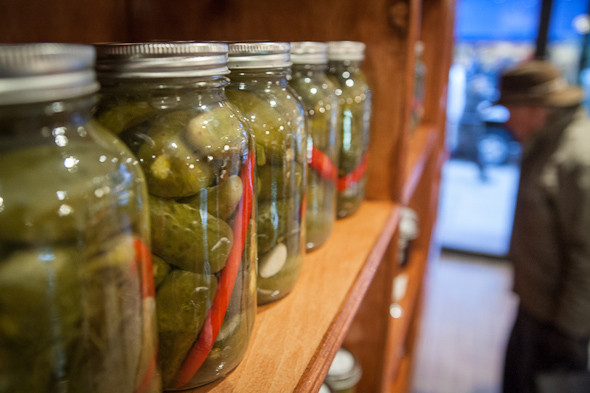 On the shelves, you'll find everything from naturally fermented dill pickles ($10); pickled chili peppers ($5); an array of jams made from Ontario fruit including peaches and corn, and strawberry; a range of relishes, such as rhubarb; spiced pickled vegetables; and spicy dill beans. Under glass, they have a range of pates (such as mushroom and walnut), chicken and vegetable stock, and even cabbage rolls ($10 for 4 large pieces). 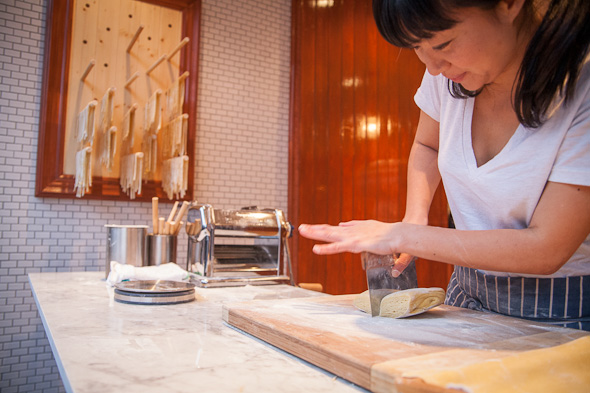 They also offer a lunch counter with several types of sandwiches (more on those delicious buggers later), prepared dinners, and they make fresh pasta from a mix of unbleached all-purpose and 00 flour by hand each day (aiming for one long noodle, and one short or stuffed noodle each day). When I stop by, just two sad pieces of beet and blue cheese ravioli remain--to the chagrin of two girls prowling for fresh pasta--but Lavers offers to whip up some fettuccine for them on the fly ($2/100g). 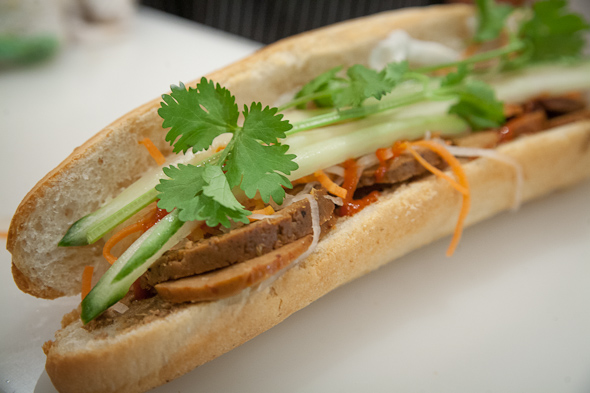 Now, the sandwiches ($6-$8). Their roster includes roasted and smoked turkey, smoked ham, and corned beef, but I opt for the vegan banh mi and the roast beef. You can choose from 3-5 kinds of bread, and whatever toppings you'd like, including selections from their house-made pickles, their house-made mustard and mayo, arugula, and cheese. 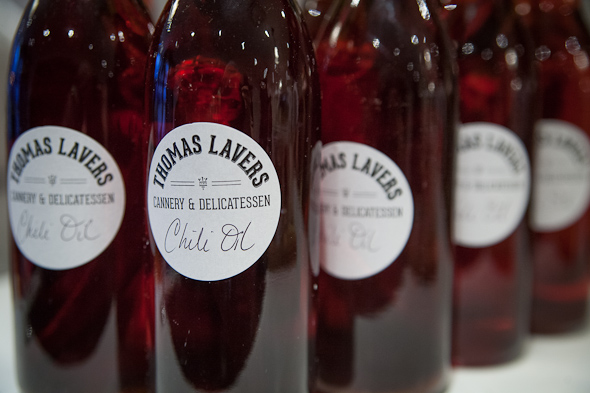 The pickled veggies on the banh mi are perfectly tart, and the vegan meat is a plausible stand-in. The roast beef from Sanagan's is incredibly tender--as it should be, for having been marinated for a full day in a red wine marinade, then roasted slowly--and the addition of a bit of cheese, arugula and pickles makes for a gourmet reuben (my right foot for that cheese to be melted, though). 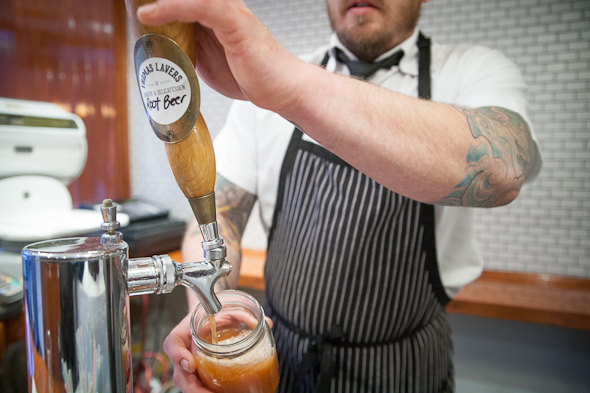 The root beer is very good, and another coup for the city's burgeoning homemade soda scene. There are plans to begin serving it in glass bottles soon (capped for take-away, or open for instant enjoyment). Wondering what's in it? Sassafras, star anise, burdock, and winter greens are combined with brown sugar and water to form a syrup, which is then brewed, carbonated and kegged in Stratford by an honest-to-goodness brewer--it's in the shop in beer kegs, on draught. 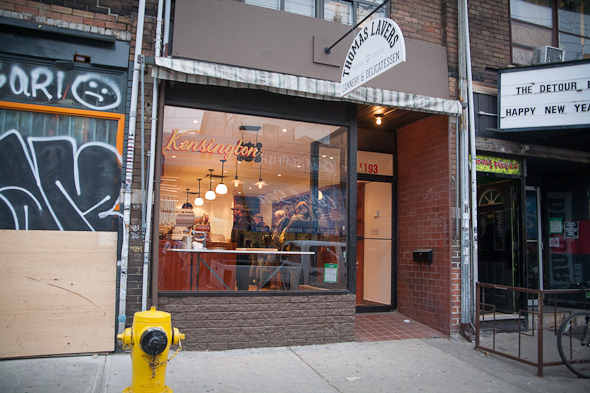 "The whole idea of the store is to change the service--we want to open a dialogue about the food and give people ideas about what to cook," Lavers says.