Fruitful Market is currently open but their offerings and services may be affected due to the pandemic. Please contact the business directly for more information about any changes. Is this your business? Please contact us if you would like to update this message.

Fruitful Market is a mostly organic shop and kitchen at Dundas and Carlaw. It's the type of place that stocks daily essentials from produce and grocery items to grab-and-go food like breakfast sandwiches and hot suppers.

Owner Yannis Banks has always loved food and worked in restaurants throughout his youth, but came to open this shop after an eight-year stint in finance. He cites one client, an organic fertilizer company, with exposing him to organic and biological agriculture and the more he learned, the more he "wanted to be a part of that universe." 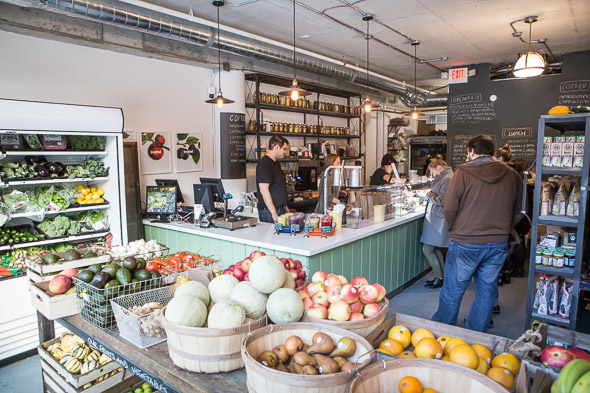 He sources his produce directly from Ontario farmers as much as possible (organic oranges and avocados are the exception). In the summer months, his fruit and veggies are brought in from Foggy River Farm in Sunderland and Tycoed Restorative Farm out of Uxbridge, while the winter months feature products from Fiddlehead Farm in Prince Edward County. 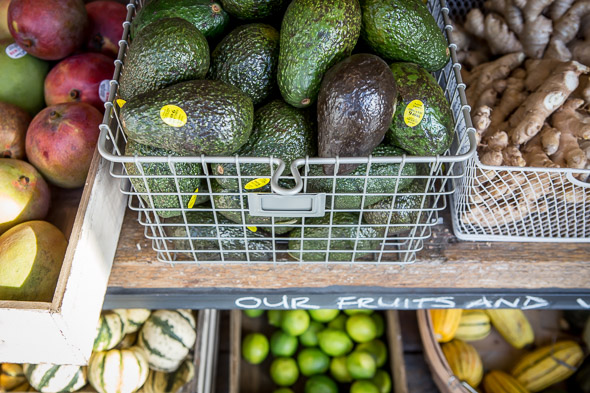 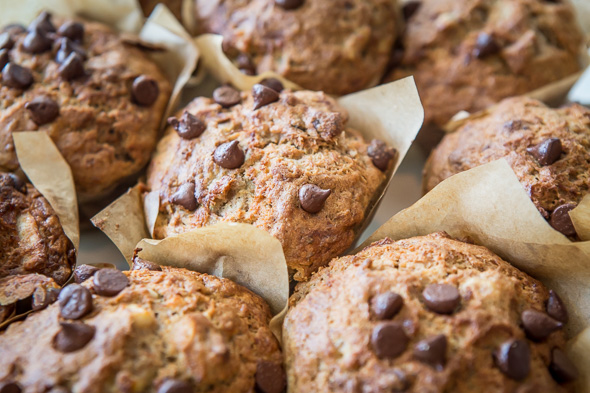 What's most impressive is the variety of ready-to-eat foods cooked on site. The selection in the a.m. includes fresh pressed juice ($9), massive fresh-baked muffins ($2.75) and hearty $5 breakfast options.

I miss the window to get a breakfast sandwich on the day I visit as they're only served until 11 a.m. on weekdays (2 p.m. on weekends), but I'll be back. They're built on challah buns with a fried egg, aged cheddar and spiced ketchup. Alternately there's huevos rancheros bowls for $5 with poached eggs, quinoa, black beans and pico de gallo. 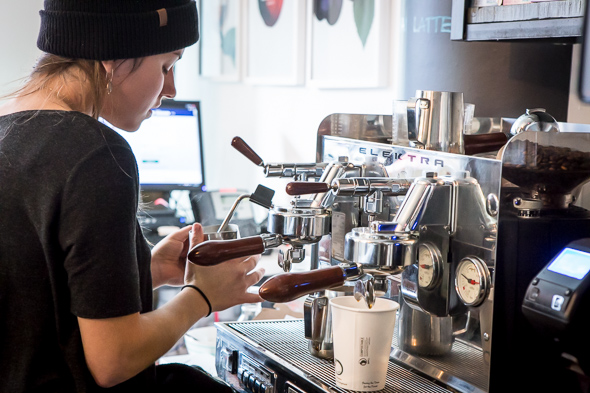 Espresso is pulled on an Elektra from Merchants of Green beans. I have a latte ($3.95) which is decent - though it wasn't tamped enough, so the bottom is a sludgy mess of grounds.

At lunchtime and in the afternoon the kitchen puts out a variety of sandwiches, salads, and a daily soup. A choice of three salads sells for $8.50, five selections go for $11, and there's the option to add chicken ($3) or tempeh ($2). 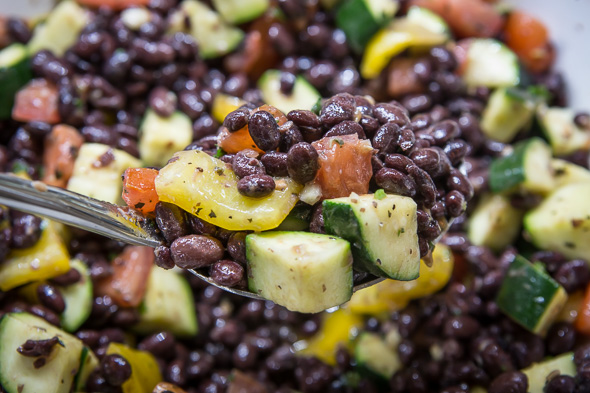 Sandwich-wise choices include a tempeh hummus veggie wrap, spicy braised beef with miso mayo on a baguette, and pesto chicken with cranberry jam. An individual sandwich costs $8.50, though you can add a side for $2, or a soup for $3. 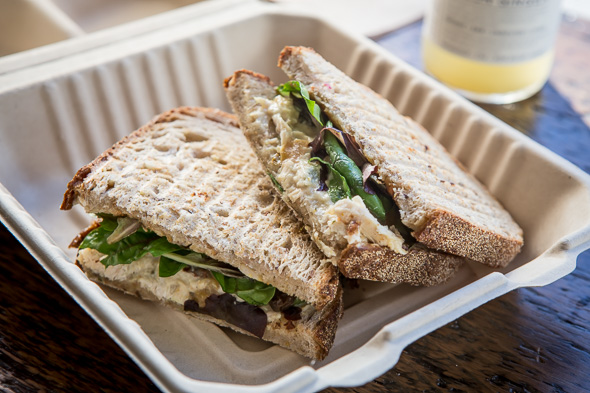 I order a Coronation Chicken sandwich and have it pressed so that the seedy bread is toasty while the creamy chicken salad inside remains cold for a delightful contrast in temperatures and textures. It's dressed with apple raisin chutney and is an excellent rendition of one of my favourite sandwiches.

Later in the evening, there will be hot dinners priced around $10. The selection changes frequently but has recently included squash and sage mac and cheese, roasted chicken spiced with fenugreek and cardamom, and a Moroccan tagine (either chicken or veg) over quinoa. 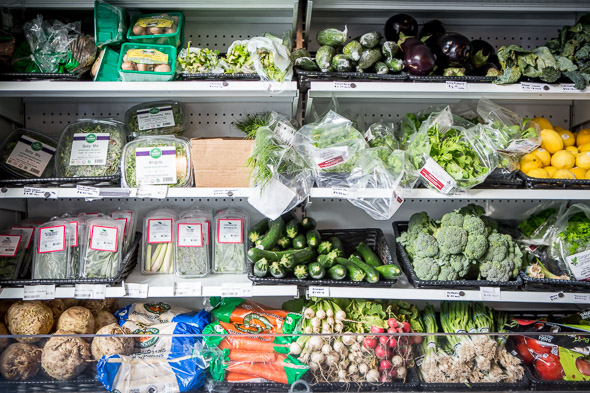 Fruitful is still ramping up its offerings, but already the response has been positive and the stream of customers ceaseless. 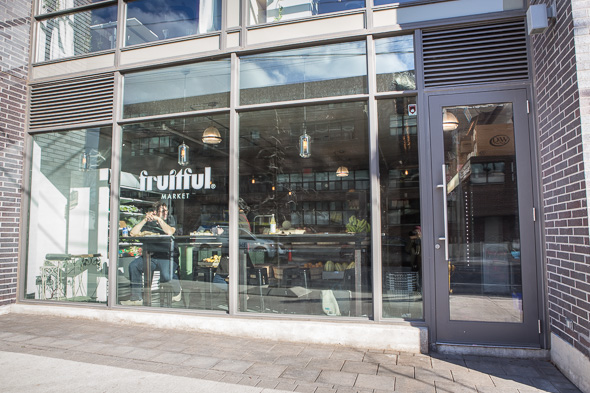 The Best Granola in Toronto