Sunnyside Provisions is a grocery store and bottle shop that also does prepared foods like fish and chips, poutine and sandwiches for takeout.

The small store with a big neighbourhood feel on Roncesvalles provides a whole range of options for park-goers and picnickers en route to nearby High Park, Sorauren Park or one of the many spots along the waterfront a bit farther south down the street. 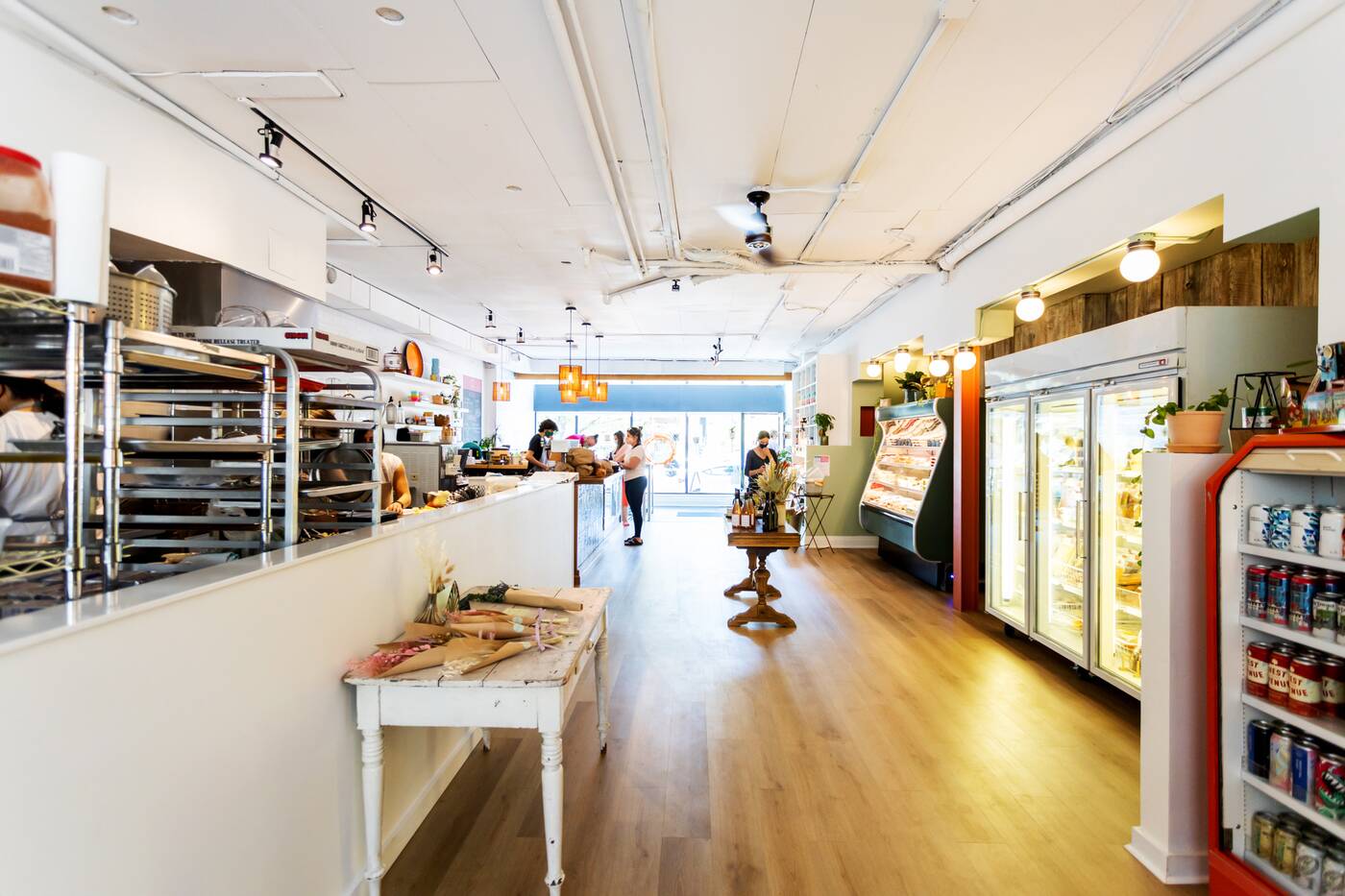 The shop gives a good first impression with plenty of natural light from the large front windows where plants hang in vintage tin cans while generations-old pieces of furniture from the owners' home hold the inventory. 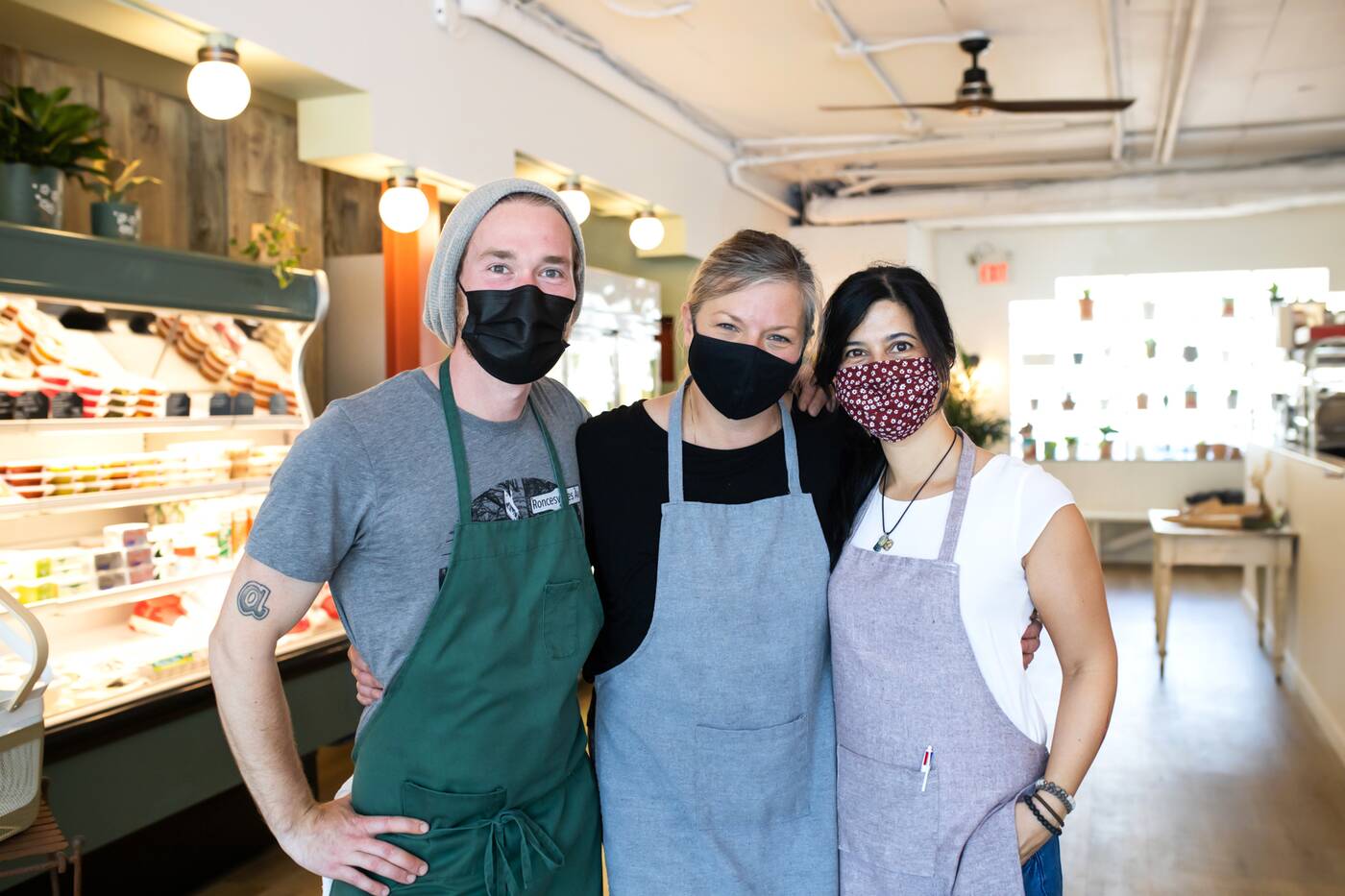 Jeff Carroll, his wife Sarah Lyons and their longtime friend Laela Mahjoub O’Kelly, are the faces of the store, and the ones you'll most likely see behind the counter during your visit. 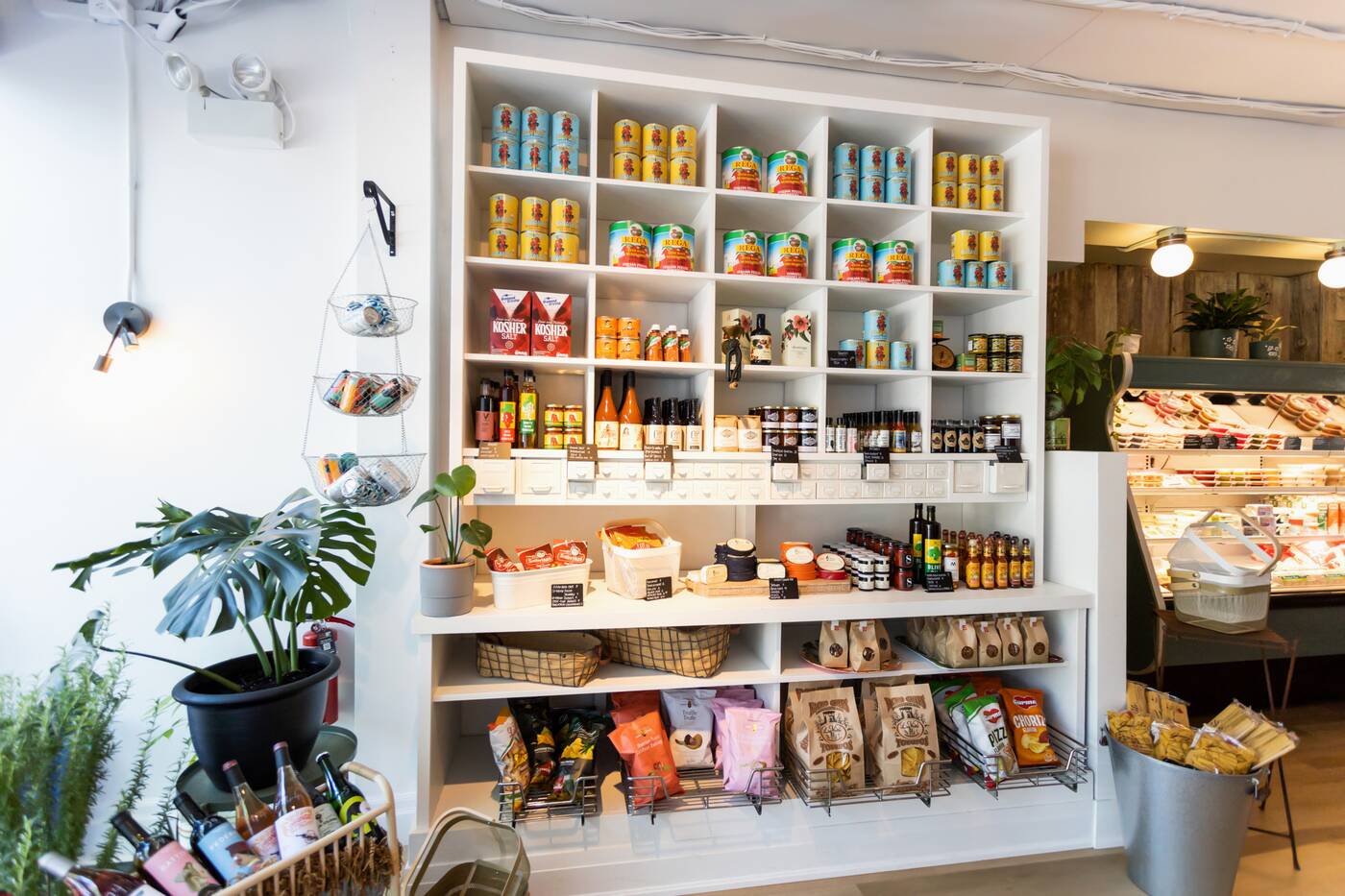 The front of the shop is where you'll find general grocery items to fill your baskets like cans of bianco tomatoes, oils, jams, hot sauces and salty snacks. 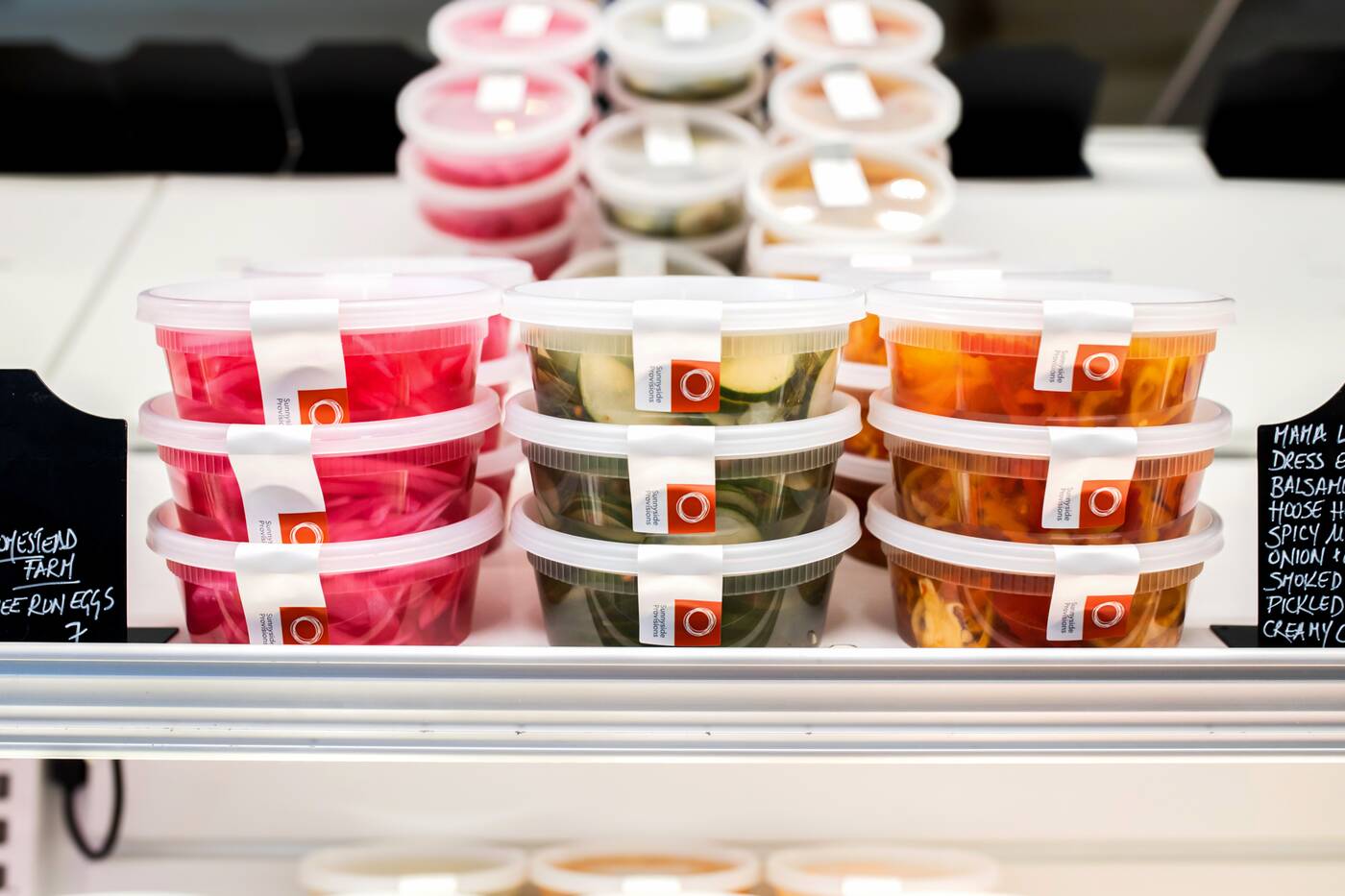 A selection of dairy and eggs, charcuterie items like dry-cured chorizo, Paganelli salumi and an assortment of cheeses, as well as spreads that are made in-house such as onion and garlic cream cheese and smoked trout, are all kept cool. 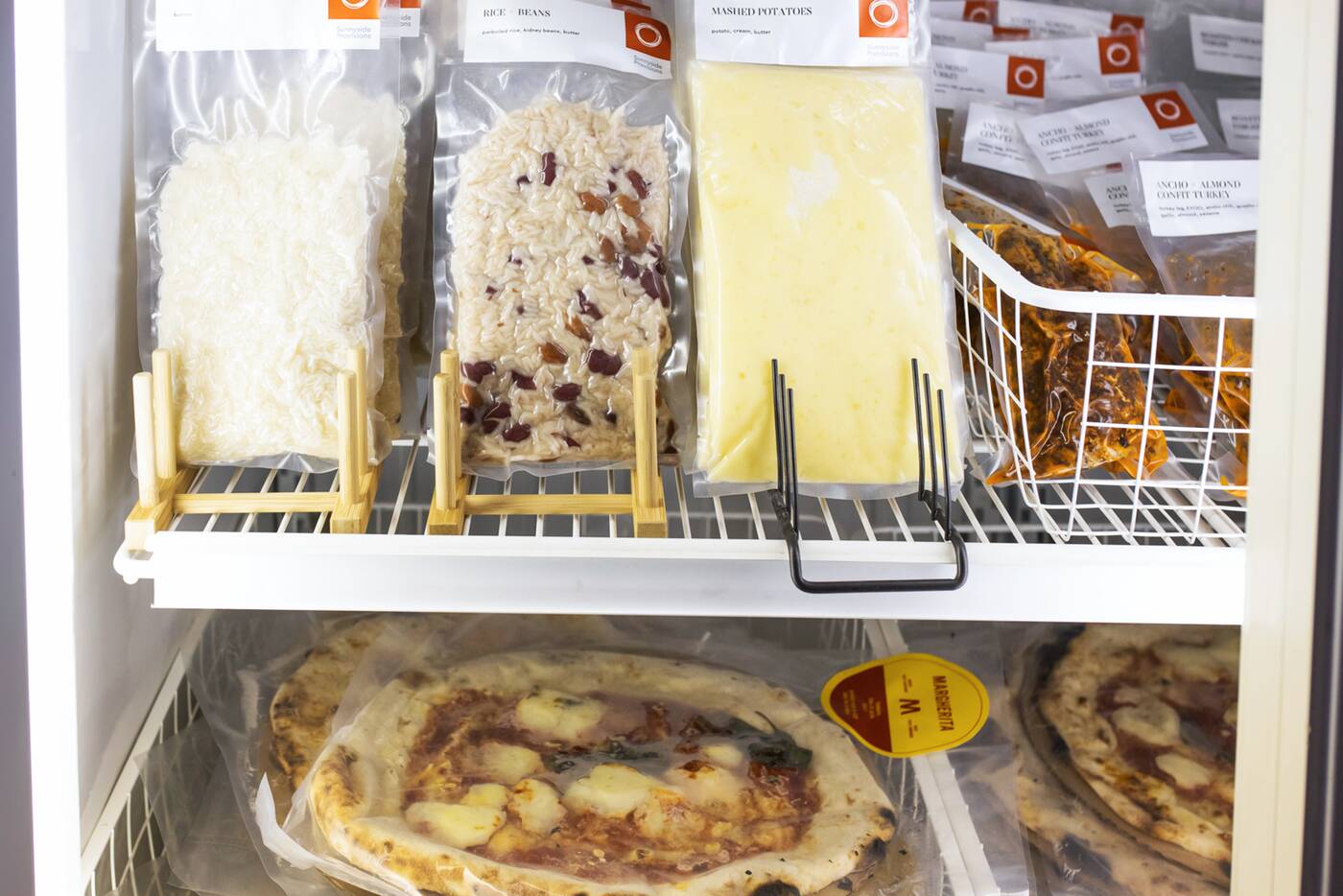 Anything with the Sunnyside logo on it has been made here including the pre-packaged sides like mashed potatoes, rice and peas, and mashed carrot parsnip that sit above the frozen pizza that's brought in from Mattachioni. 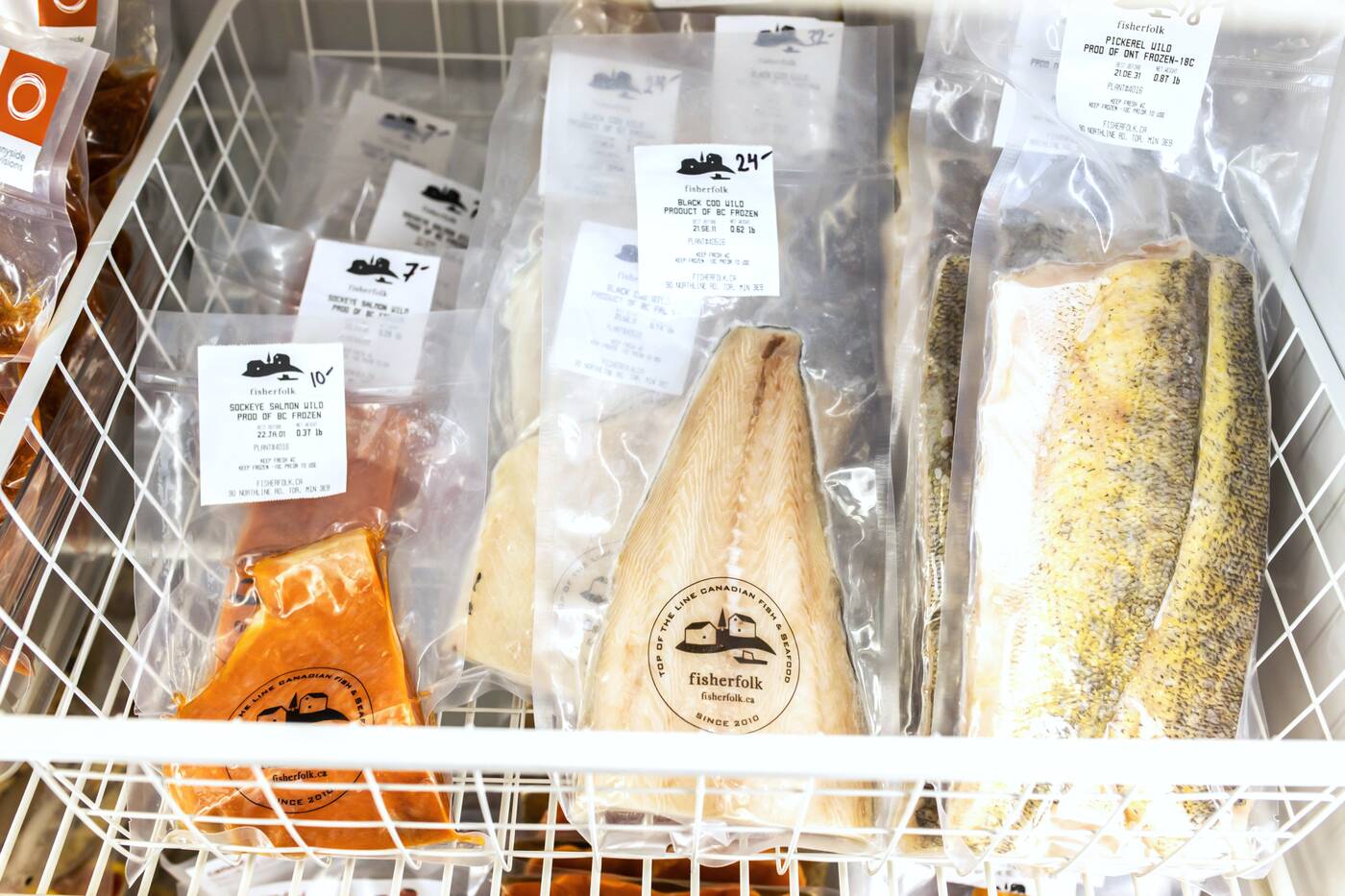 Grab a few sirloins from The Meat Department up the street to pair with one of the sides or take home one of their packaged mains. There's Hungarian chicken paprikash or one of the fresh catches of salmon, cod or pickerel from Lyons' fishmonger cousin. 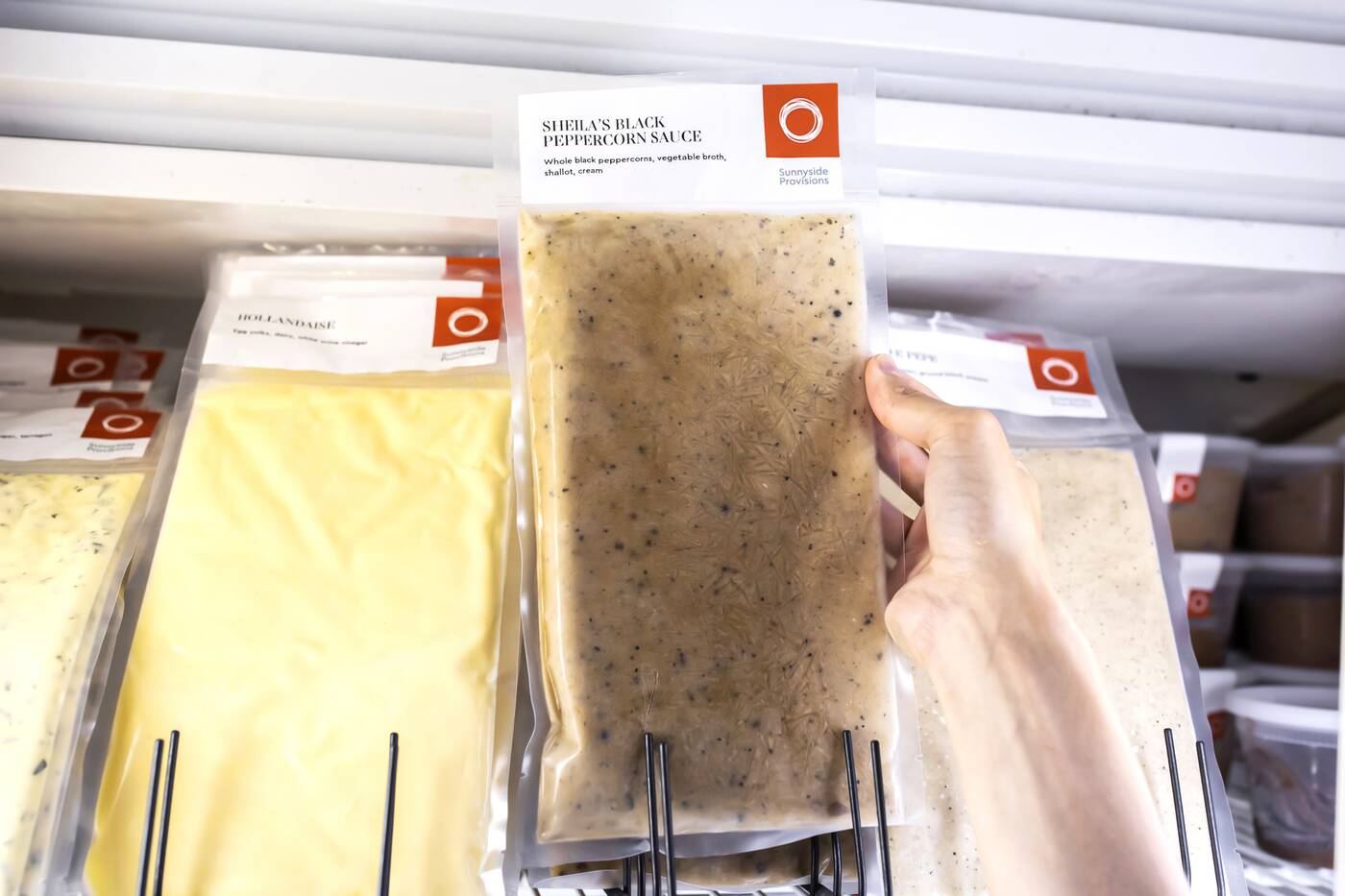 Sheila's black peppercorn sauce is named after Mahjoub O’Kelly's mother as it's made from her famous sauce recipe. All of the pre-made food and sauces can be plopped right into a pot of boiling water and removed from its packaging afterward to retain the juice and flavour. 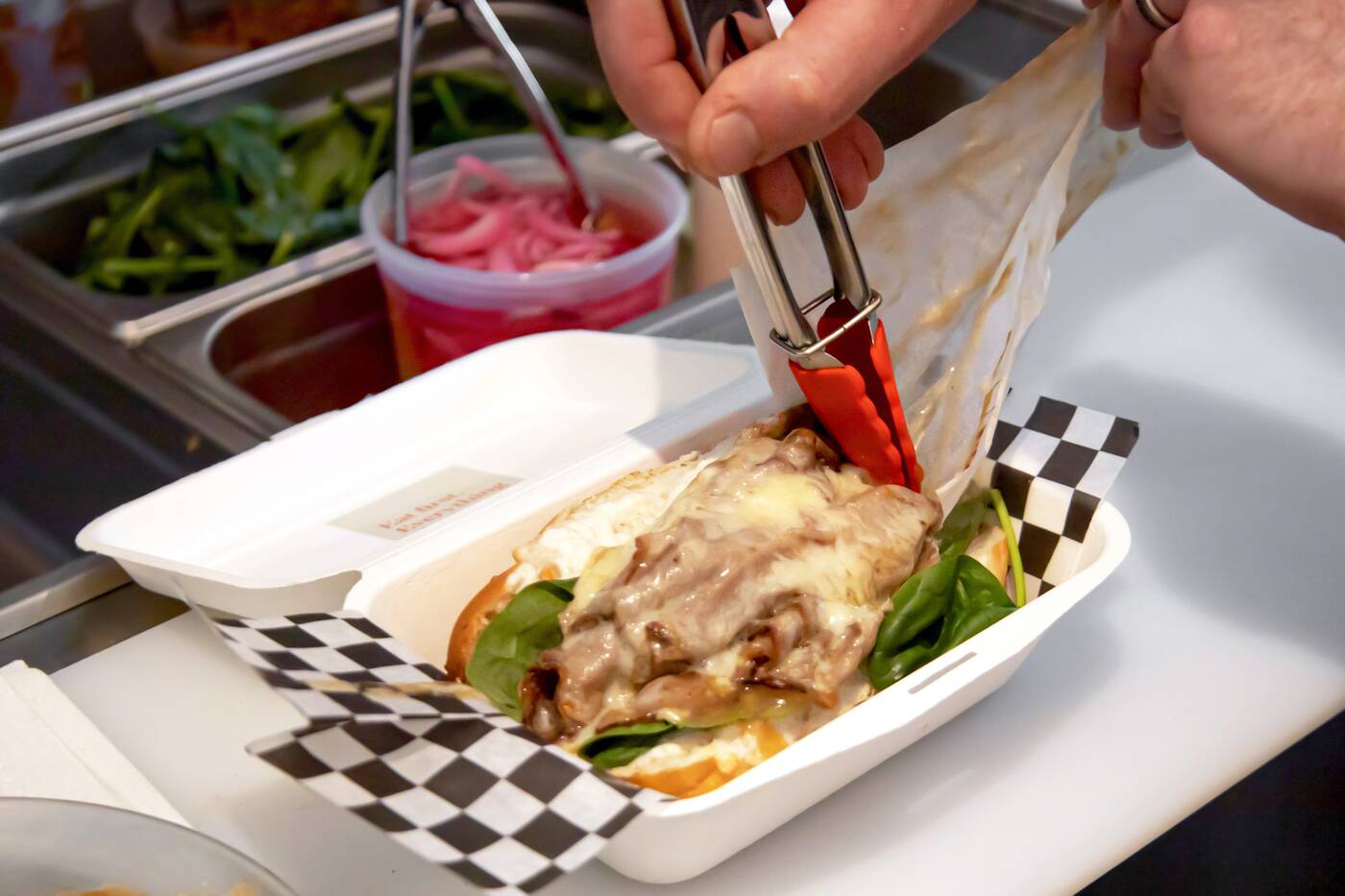 Among the sandwiches made to order behind the counter, the roast beef ($7) is an easy favourite. Full sirloins are roasted in-house before being sliced paper-thin. The beef is covered in a vegetarian-broth gravy and white cheddar. 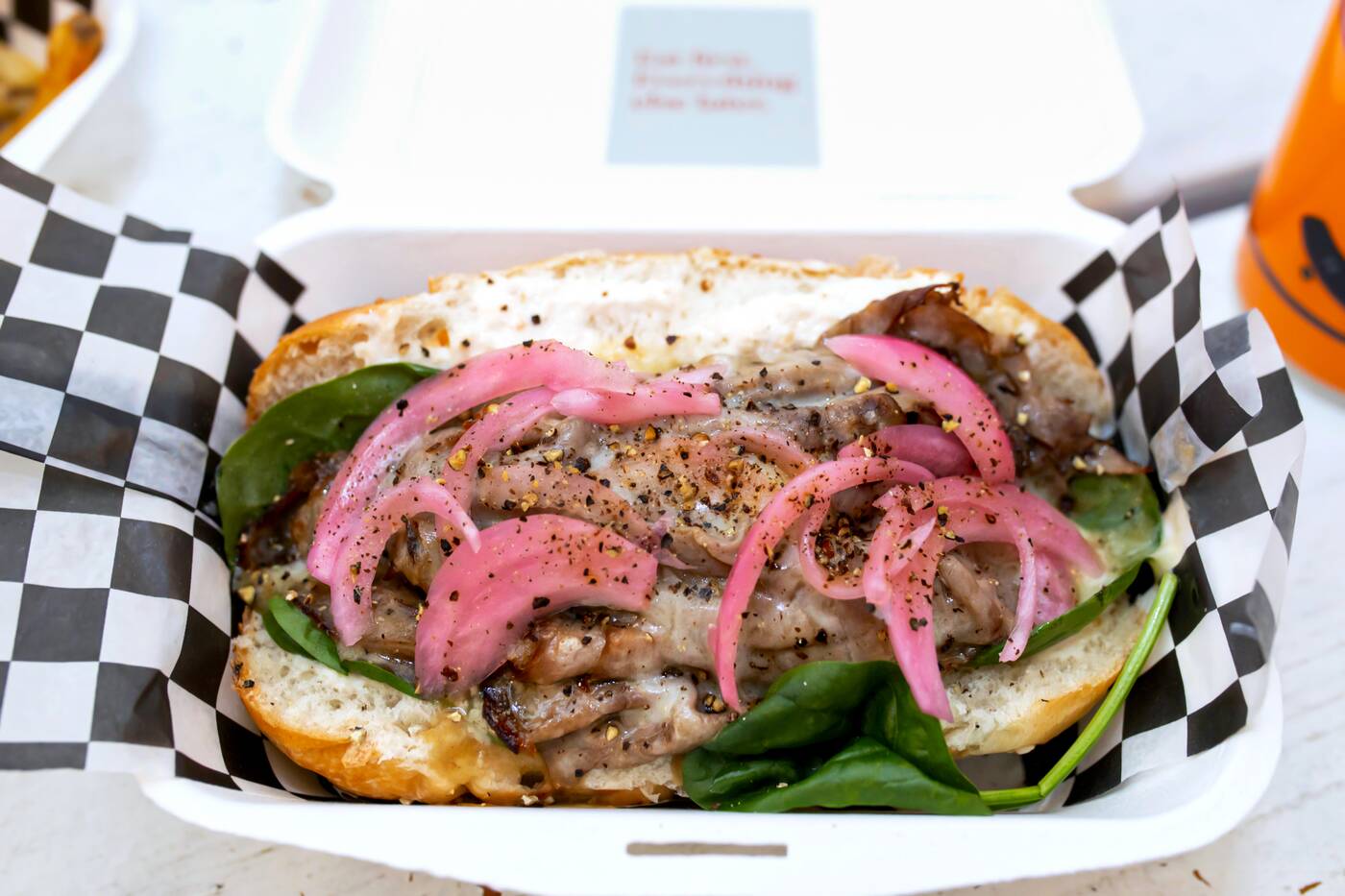 The pickled red onions and horseradish mayo are nice touches for added flavour between the fluffy bun. 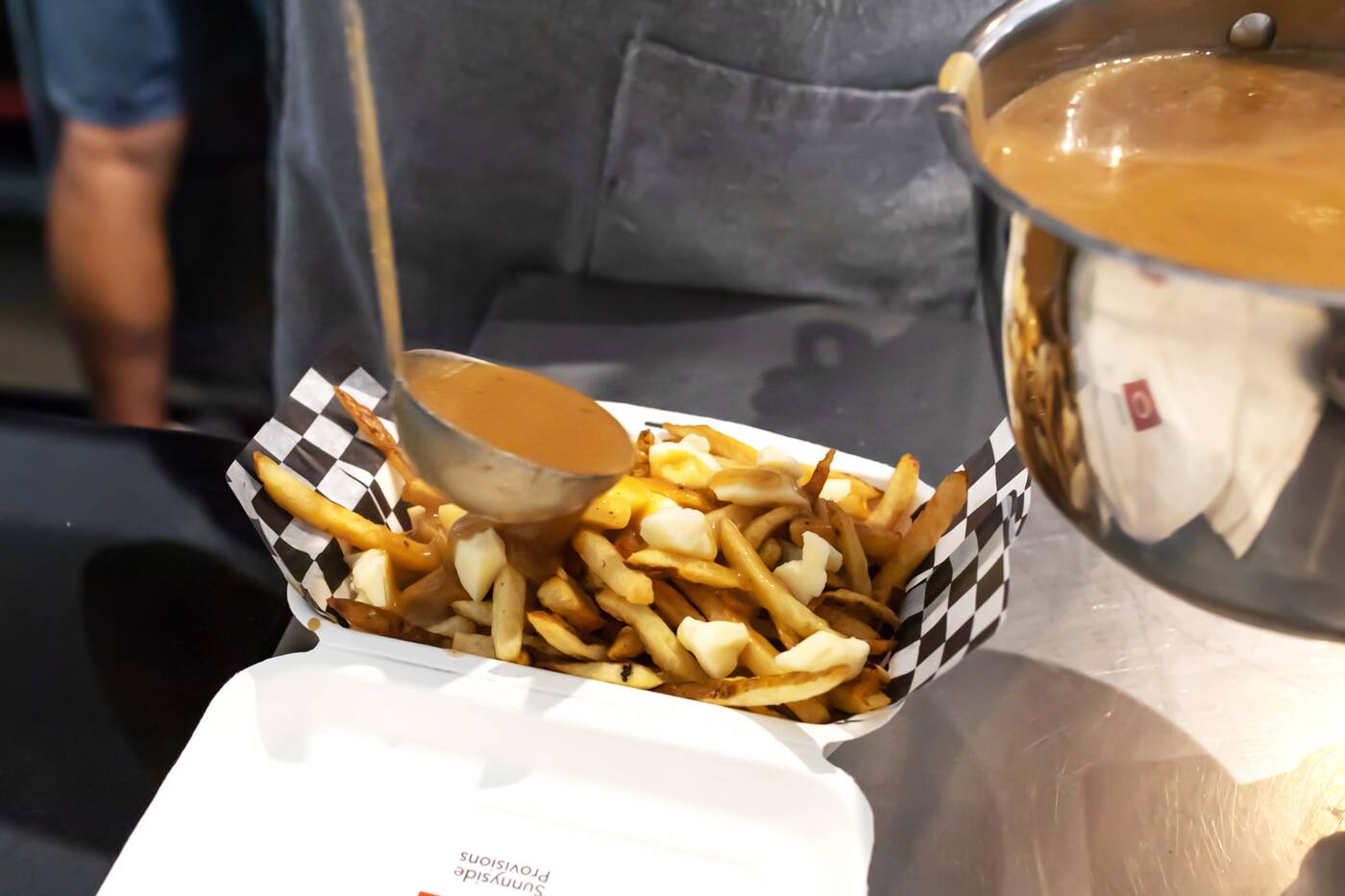 The same vegetarian gravy is used for the poutine ($5) meaning even non-meat eaters can partake. They double-layer the cheese curds and gravy here, the only way poutine should be prepared. 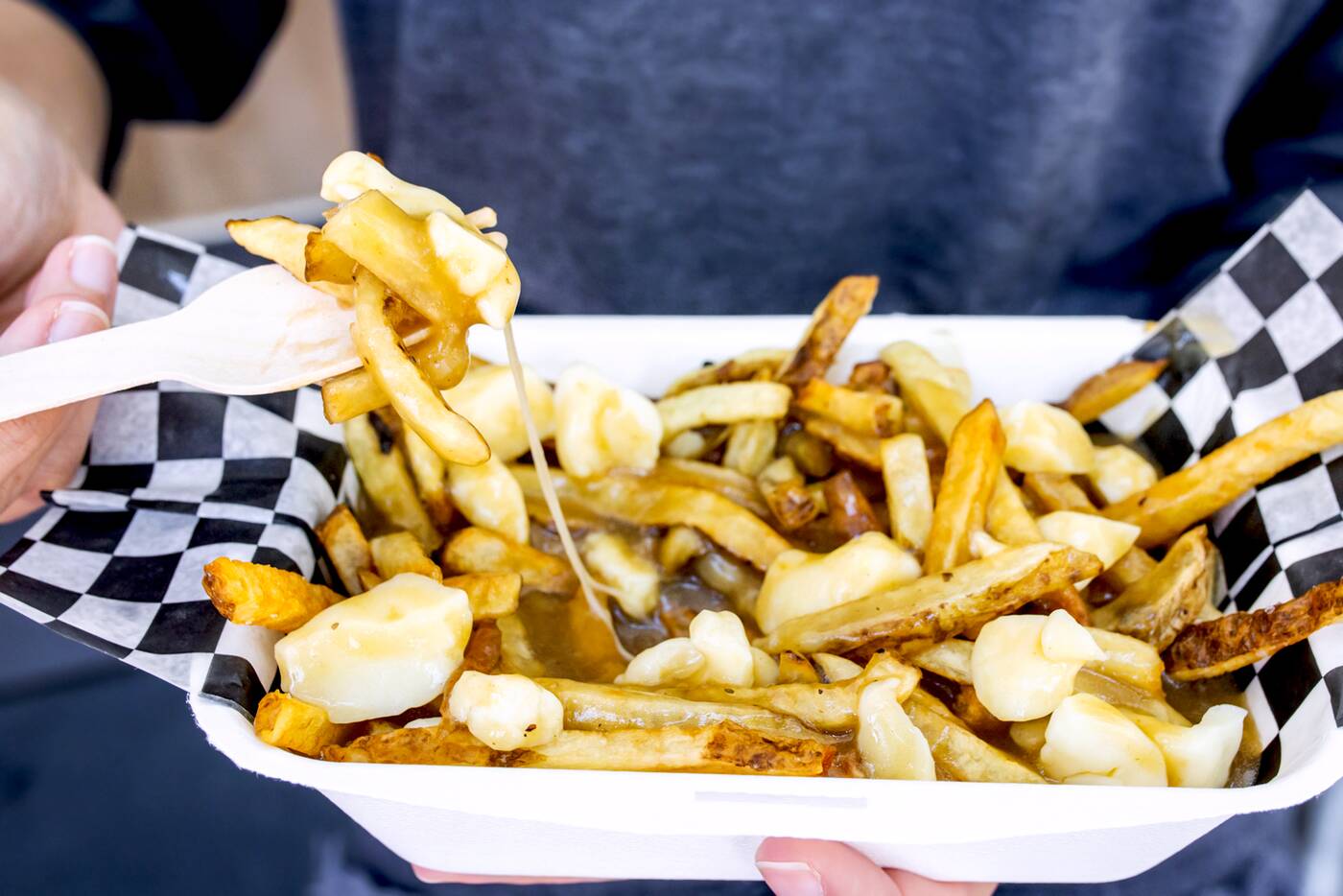 The deep flavour of the vegetarian broth is comparable to the usual beef gravy. I probably wouldn't have been able to tell the difference if they didn't mention it. 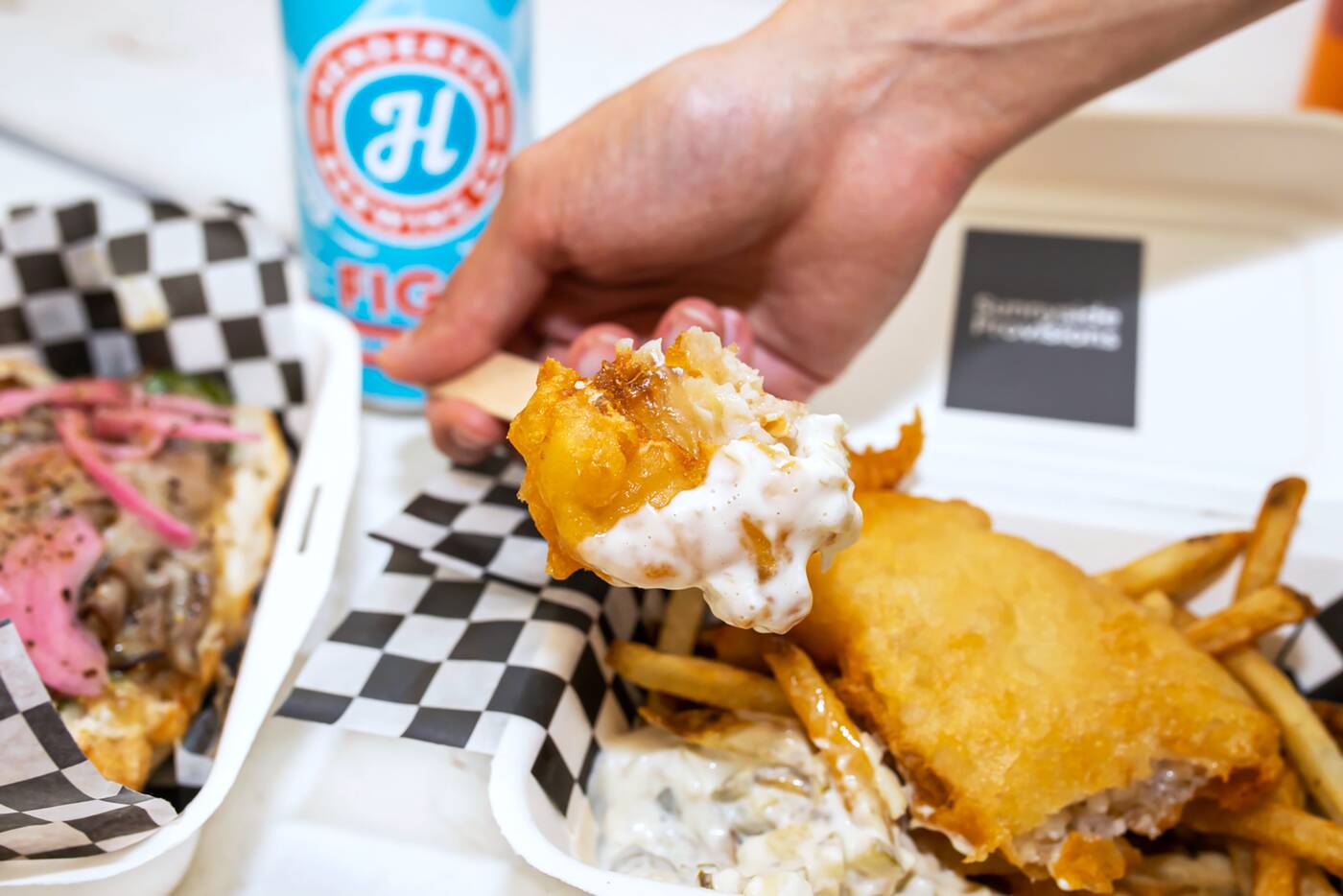 The fish and chips ($7) on the menu pay homage to Mahjoub O’Kelly's homeland of Ireland where fish and chip shops pop up about as often as Timmies here. The meal comes with one piece of haddock, shoestring fries, and tangy homemade tartar. 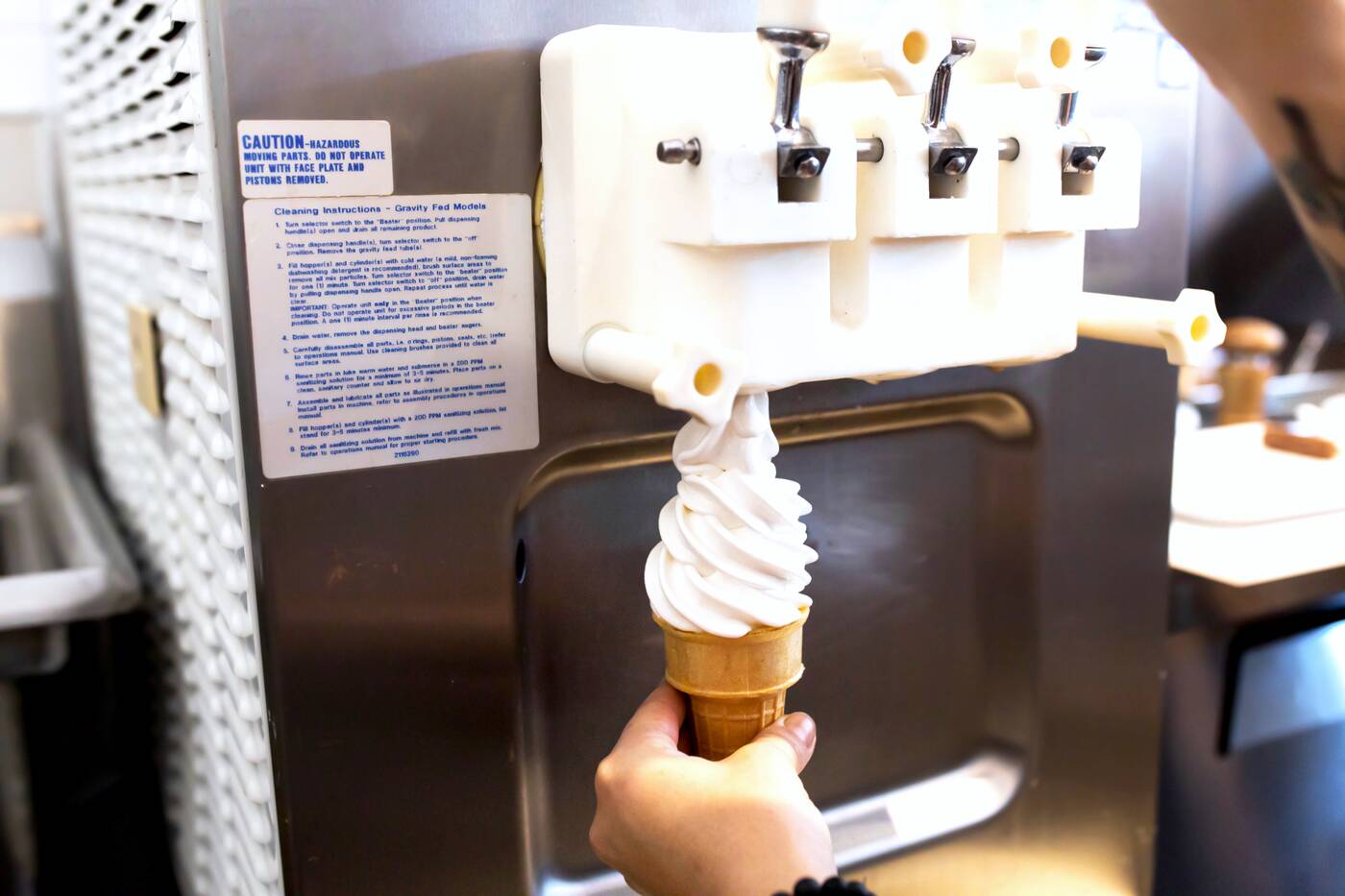 There's also soft-serve ice cream in chocolate, vanilla or swirl ($3.75) that offers a perfect end to any of the meals on a hot summer day. 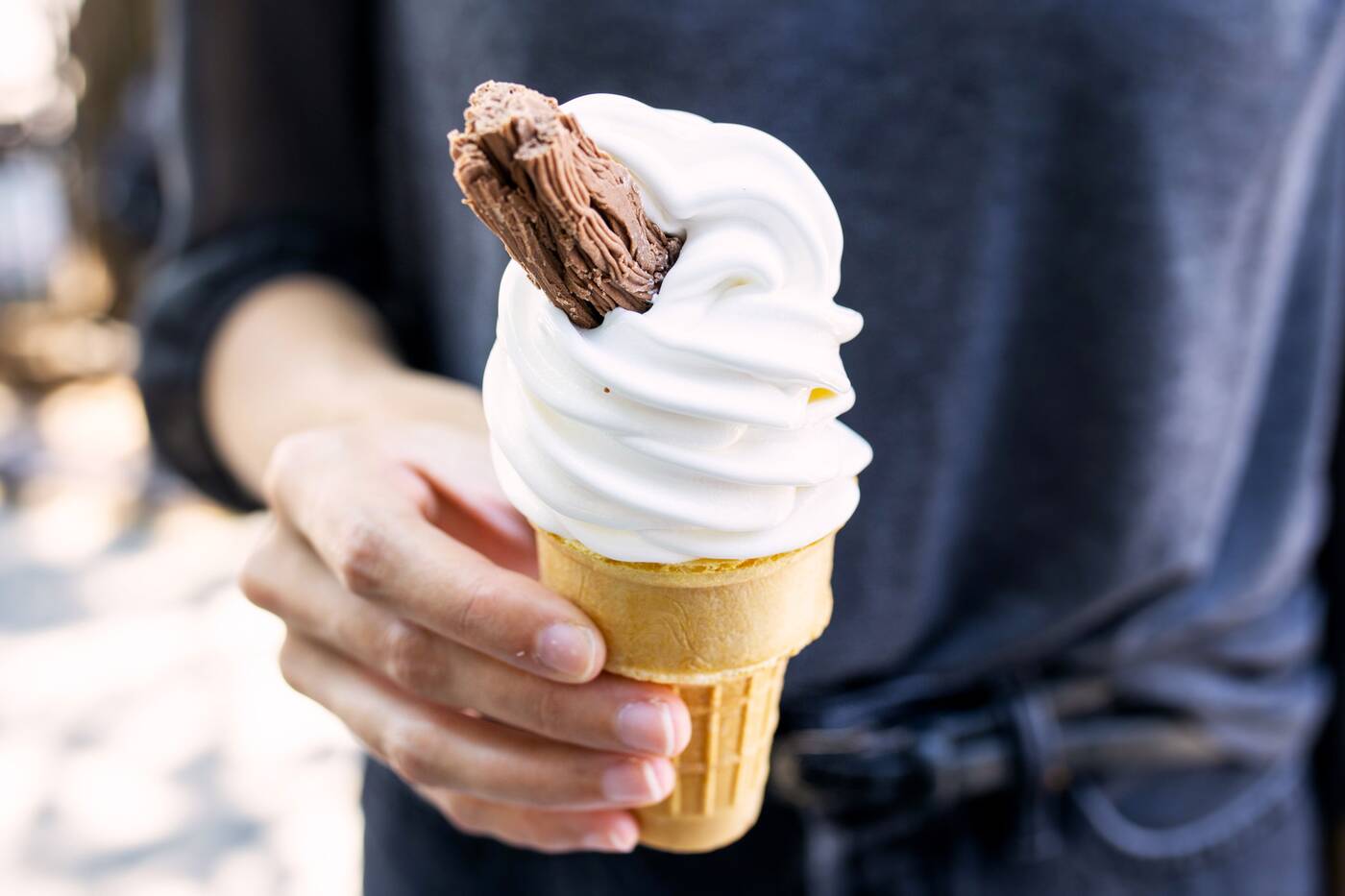 A knob of Cadbury Flake can also be added ($0.50) for another nod to Mahjoub O’Kelly's Irish roots. The 99 Flake cone originated in the UK, the home of Cadbury, but is just as popular in the neighbouring country of Ireland. 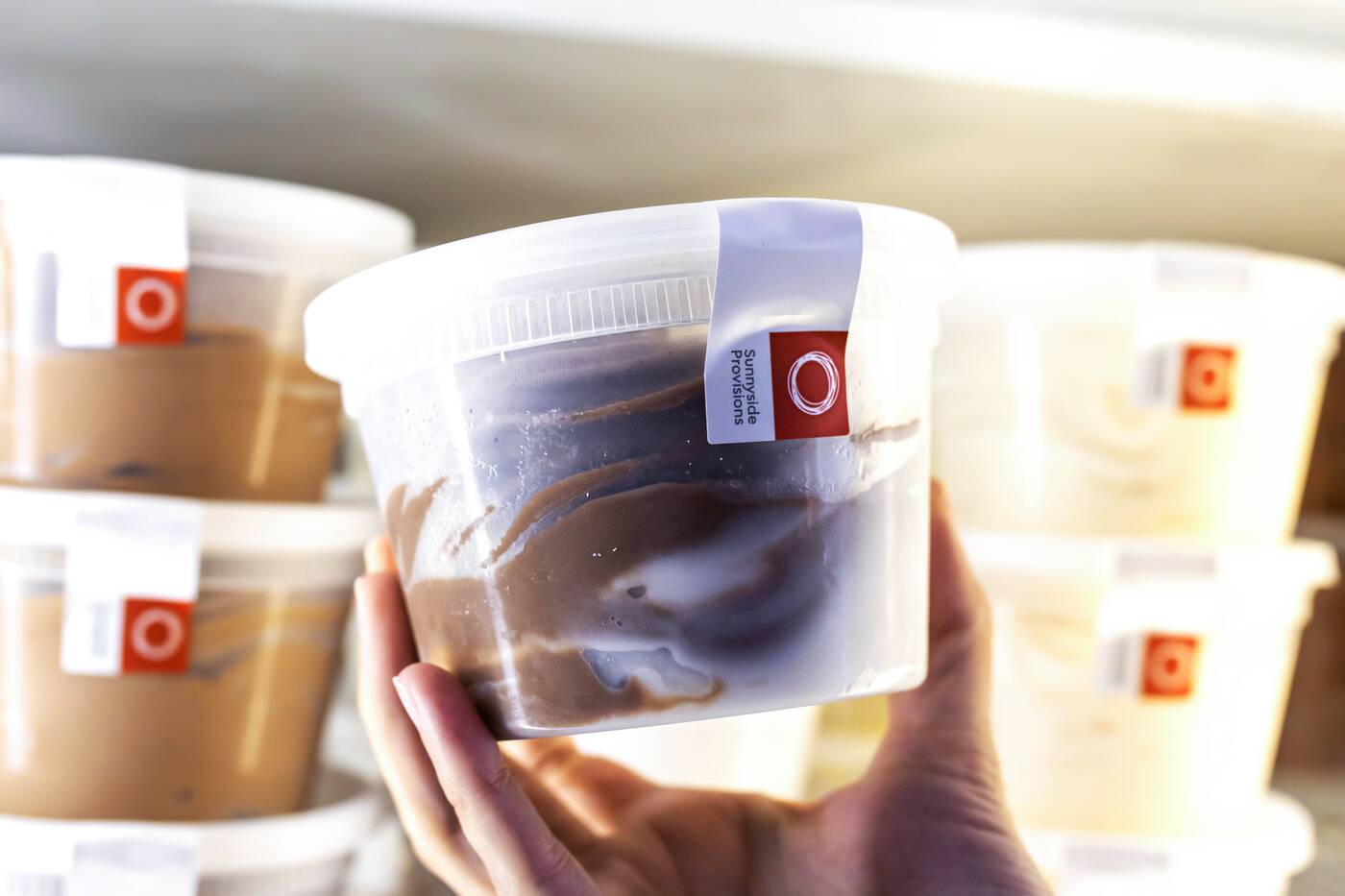 If you like it enough to recreate it at home, grab a small tub of their soft serve in the freezer and a couple Flake bars from the counter, and you're set. 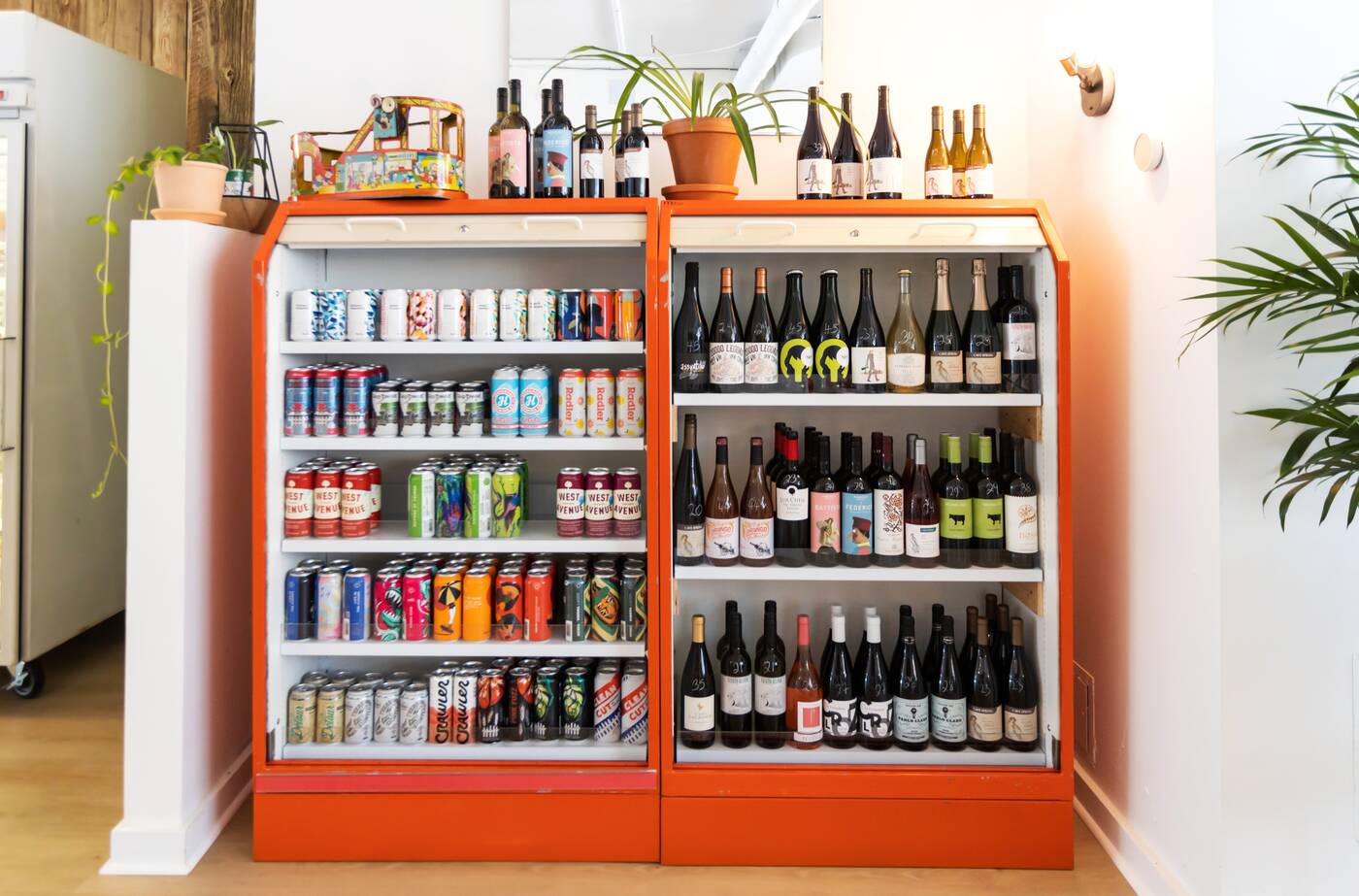 When it comes to drinks, they have you covered with a pretty decent selection of beers, coolers and wines. Some are kept at the back shelves while others are chilled and ready to crack open. 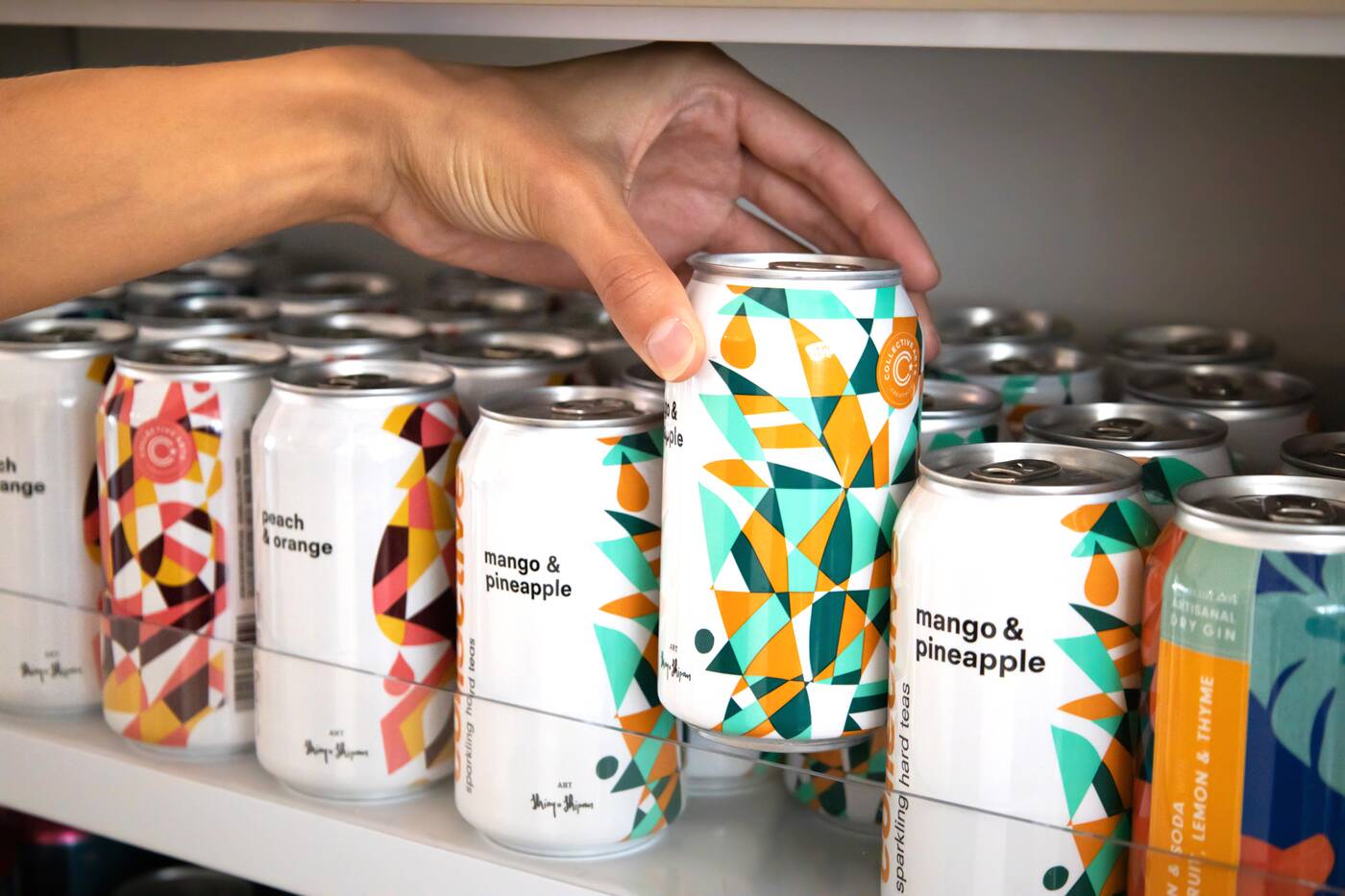 Cans of beers and coolers come with Toronto names like Collective Arts, Beau's, and Henderson, ranging from pilsners and unique sours to dry gin and sodas. 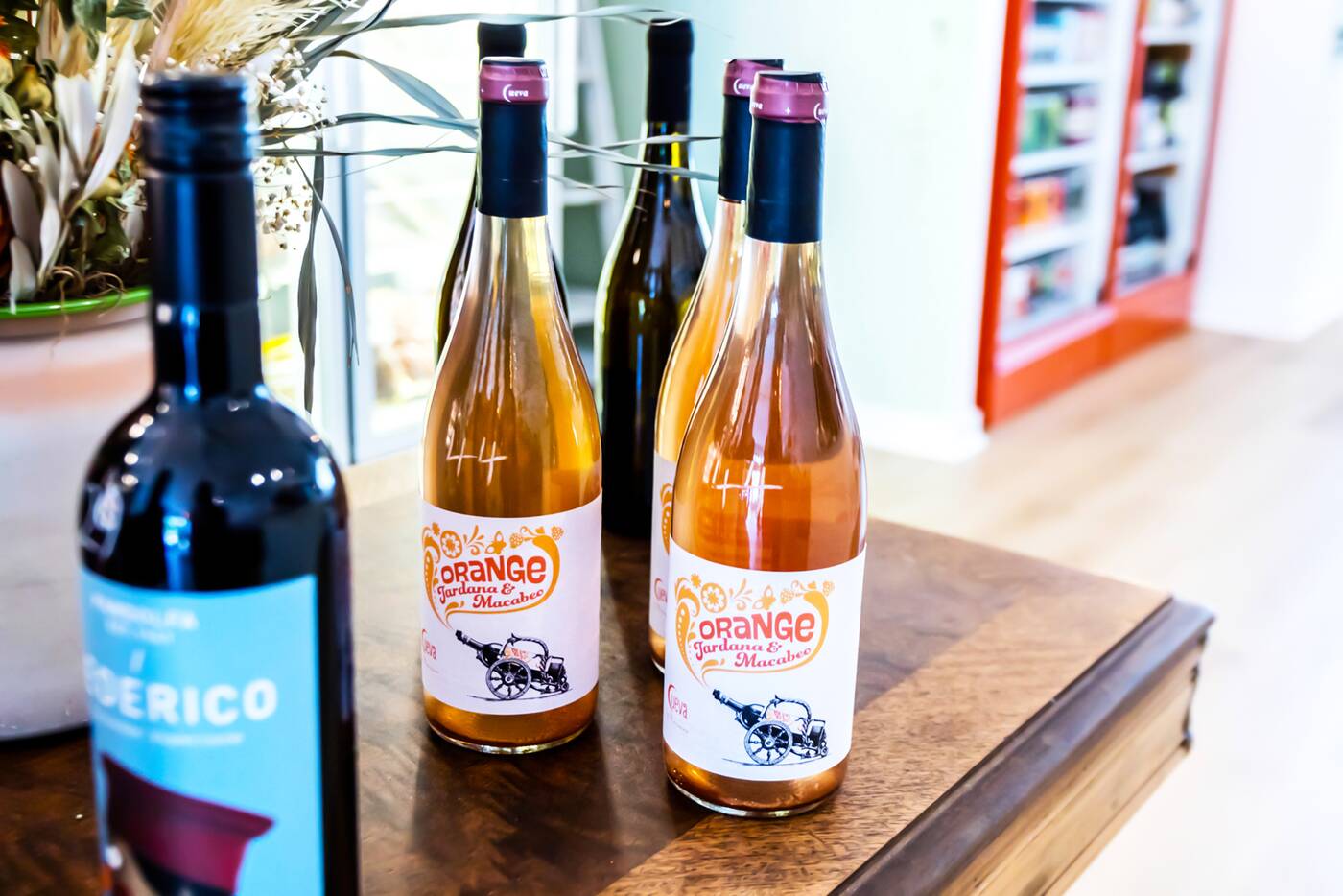 As far as wines go, expect to find bottles not offered at your regular LCBO. They buy from small producers from all over, with the Spanish Cueva Orange Tardana Macabeo, for example, an especially rare find, with only six boxes of the stuff sold to Ontario. Everything is also organic, biodynamic or both, yet kept at pretty reasonable rates. 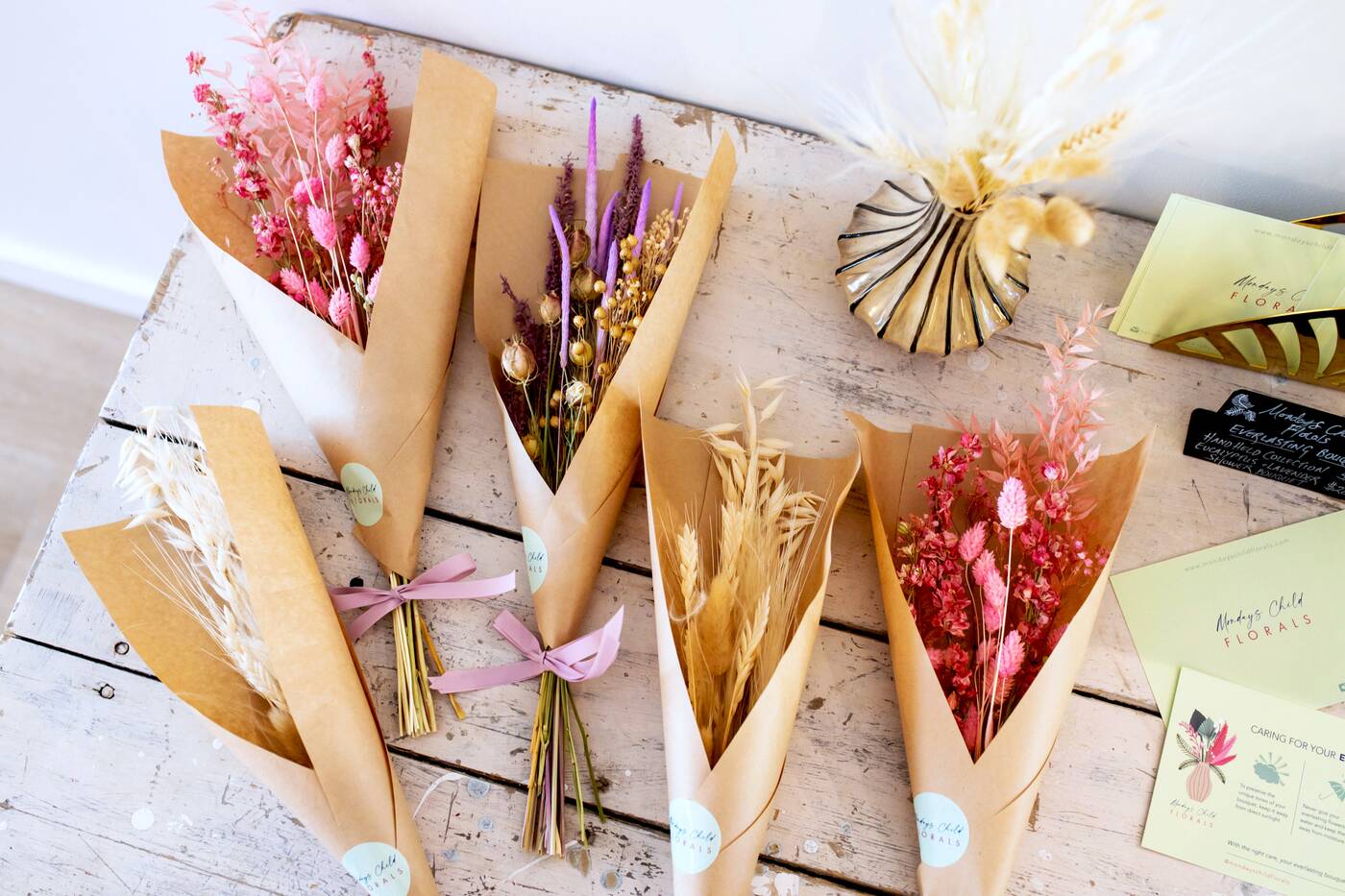 If you happen to still have some room in your basket, the shop is also always stocked with items made by local artisans. Dried bouquets from a floral boutique called Monday's Child sit on one table while hand-poured soy candles and handwoven plant hangers can also be found. 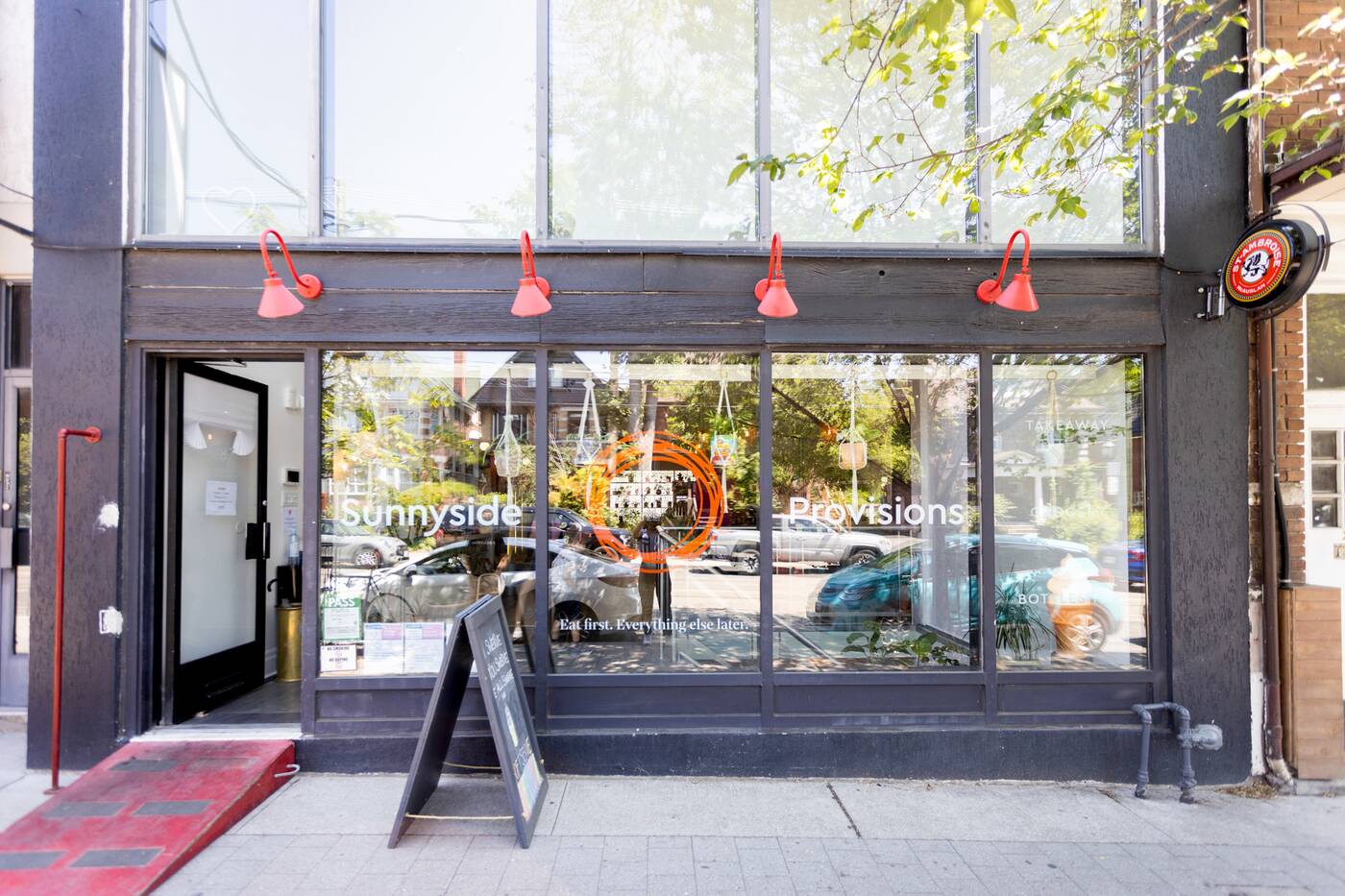