The YMCA on Cherry Street, which goes by the proper name of the Cooper Koo Family Centre, is probably best known as the training facility at the Pan Am Games . It's a mega 82,000 square foot open concept facility that acts as the centrepiece of the new neighbourhood. 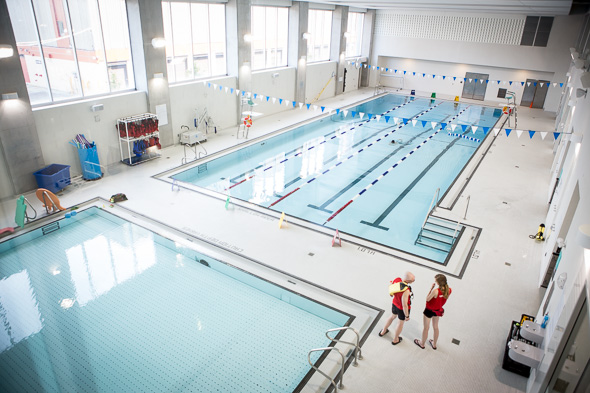 As a training facility for the 2015 PanAm and Parapan Am Games, the facility was built with two pools, a basketball court, running track and fully equipped gym.

All of these amenities are now in use for YMCA members. It also features a youth zone, which aims to be a space for teens to lounge in after school with a ping pong table, games, and computer lab. 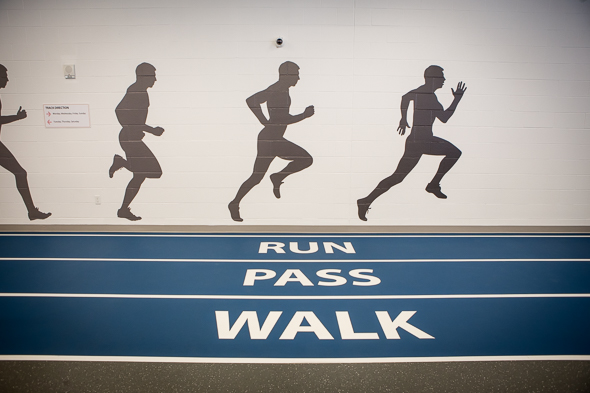 The space takes up an entire block on Cherry Street and King East, and holds the largest accessible green roof in Toronto, shared with neighbouring George Brown College. It's slated to host events like rooftop yoga and meditation pods. Along with the track which circles around the facility, this is my favourite things about this space. 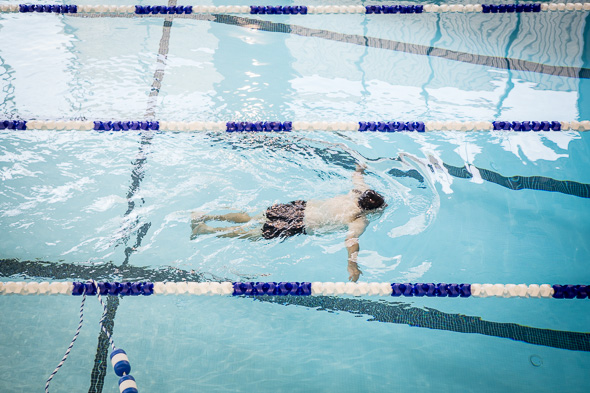 The centre offers a diverse schedule of Bootcamp, Hatha Yoga, Table Tennis, Badminton, Restorative yoga and Pilates. The yoga and Pilates classes have proven to be the most popular, and as the YMCA settles into its community, it's looking to increase its offerings. 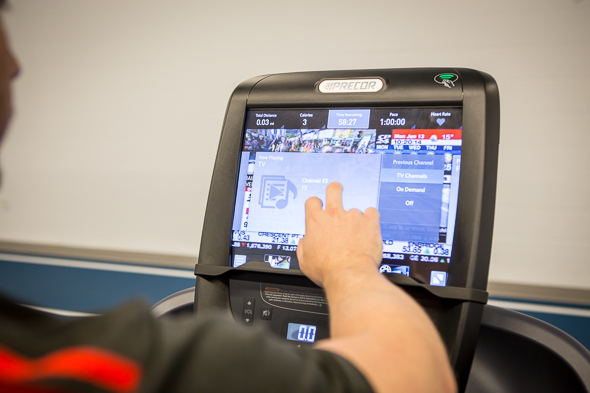 The gym stands out to me in its newness. It's sparkly and clean, untouched by the loud grunters and regular heavyweights of a gym. Located on the second floor, it comes with a BMI area where you can test your blood pressure and stats. There's also a full fitness area with cardio, free weights and conditioning machines. 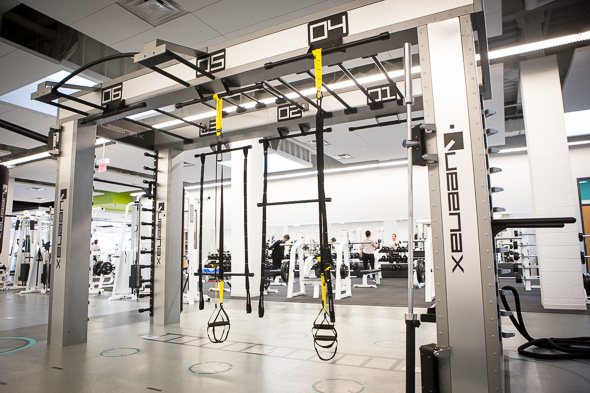 The functional training machine in the middle catches my eye as it comes with a TRX training rope, and a punching bag. 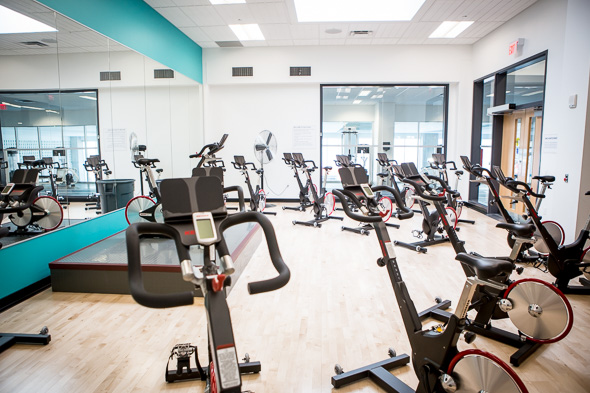 There is a small cycling studio next to the fitness area. I'm impressed by how much is on offer, marking it as a place that has something for everyone. 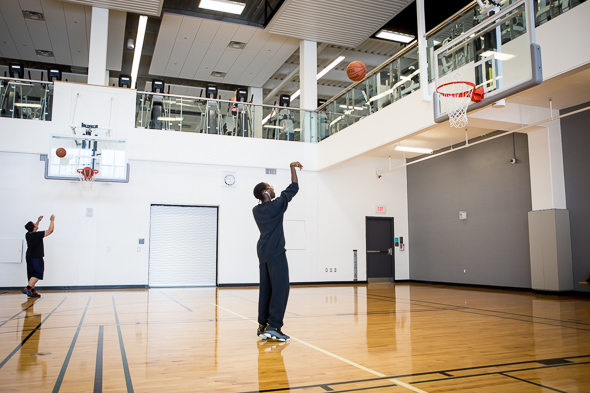 When I'm there, a bootcamp is taking place next to an after school basketball program in the large gym. They're separated by a divider - one sweating it out on Bosu balls, while the other group is shooting hoops. 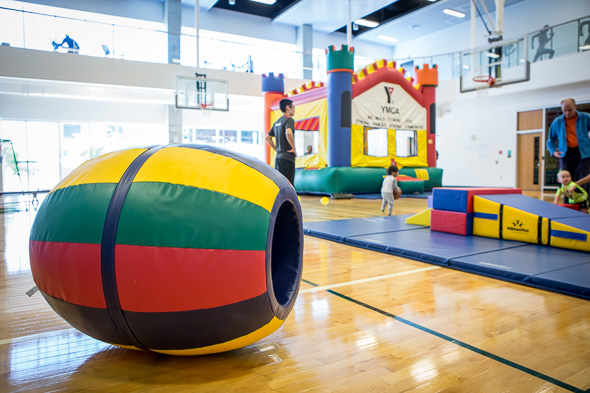 Still getting accustomed to its area, the building has plans to offer food sustainability programs, outdoor movie nights and a bouncy castle for family fun time. In its efforts to remain green, the Y made a conscious decision not to sell any water bottles. Instead it's equipped with fancy eco-friendly water stations, and sells refillable bottles. 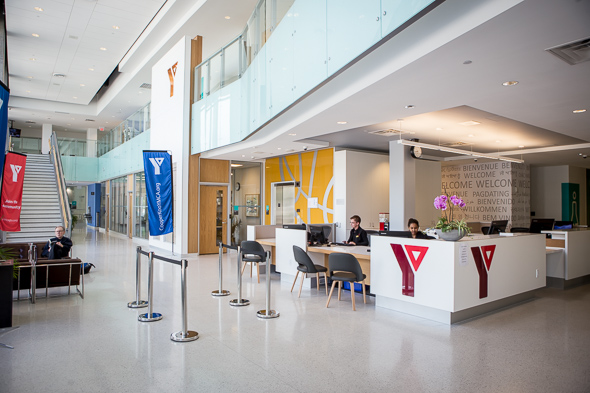 The facility has that new space look and feel, and has already acquired 2,000 membership sign ups. Daily drop-in fees vary from $7-15 and monthly memberships are $58 for adults which include use of the entire facility. 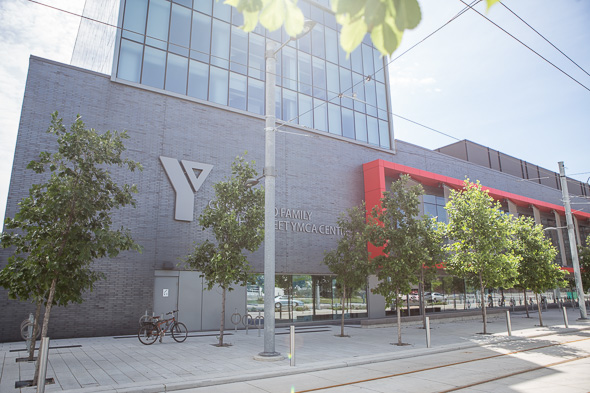