Sully's Boxing Gym is the real thing. Proof is in the photos of Sugar Ray Leonard on the wall, the framed photo of Marsha Valley on the admin desk, the poster of Muhammed Ali on the wall. Each one of them has trained here.

Sure, I'll admit that I was a little intimidated. Fans of the sport talk about Sully's in a reverent whisper. They'll tell you it's the oldest boxing gym in North America. 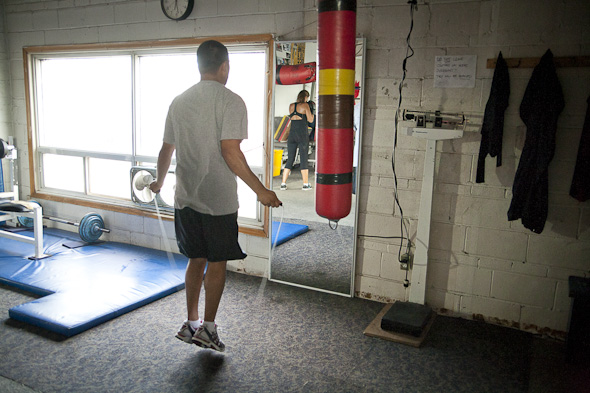 They'll rattle off the names of famous boxers who've trained there. They'll tell you that it's one of the gyms that's still sending some of the best fighters into competition today. And they'll be right. 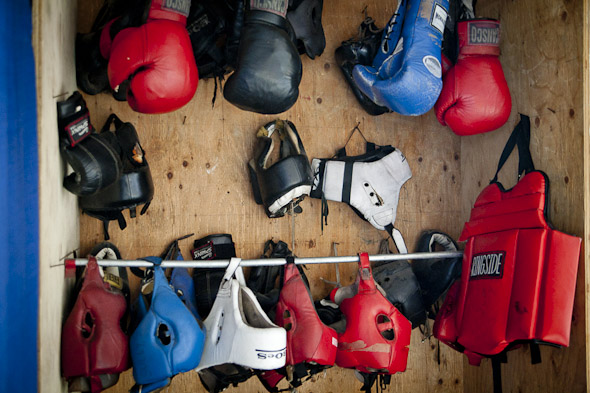 Most gyms these days have been re-done on the inside to feel like spas. If you take away the exercise equipment, they'd make pretty good places to kick back with a book and a latte. Not Sully's. 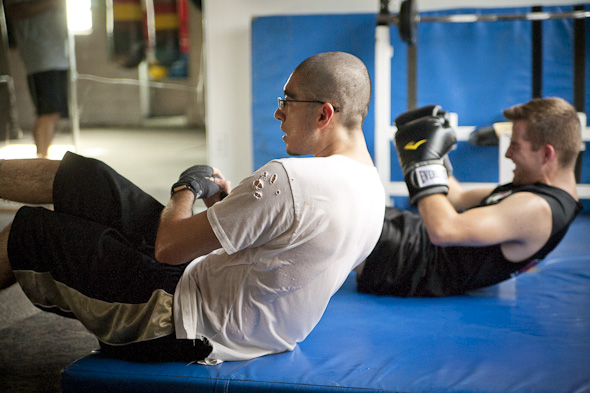 Even before you turn the corner to enter the space, you can smell the sweat. You know the smell of boxing? It's a mix of stale sweat and worn leather. It's the smell of hard work and heartbreak and of hope, all mixed together. And that's what Sully's smells like. 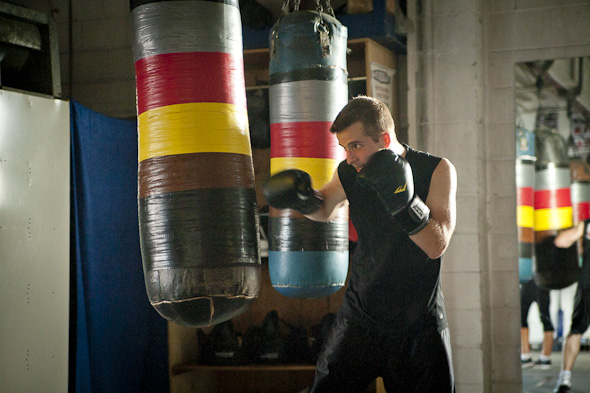 No air-conditioning, no showers, a carpeted floor, a giant boxing ring, and bags from the ceiling everywhere. Joe Mantiega, owner and manager, will greet you in a charming Italian-American lilt.

He'll pull you -- like he did me -- into the ring that he built with his own two hands. Then he'll kick your ass in the best way possible. 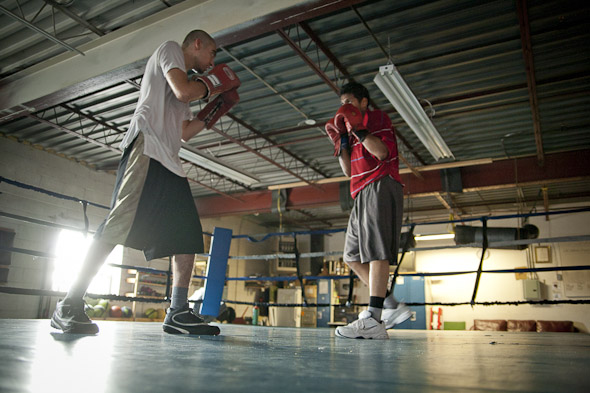 Yep, Joe's been looking after the gym since the mid-60s, and he was tight with Sully, aka Earl Sullivan, before he passed away. 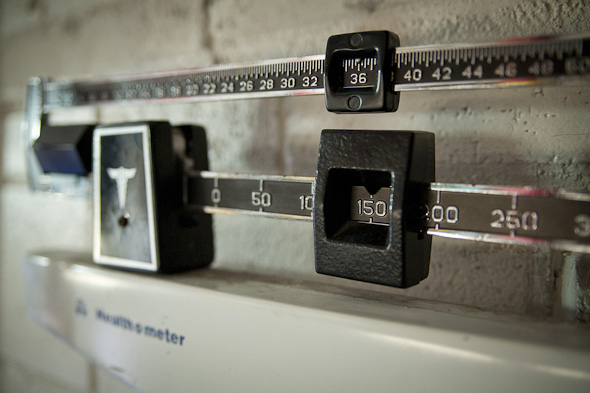 But just because he's an industry veteran, doesn't mean that you'll be stuck in the past doing workouts that existed when people still wore sweatbands before they became a statement of irony. The workouts are downright creative, and there's never a boring moment. 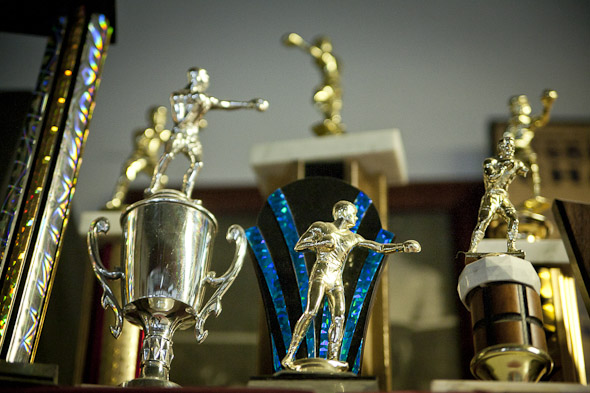 If you're looking for a gym where you can disappear into the background to half-ass a workout, then sip a protein shake in an air-conditioned lounge, be assured: this ain't it. The road to fitness is drenched in sweat. 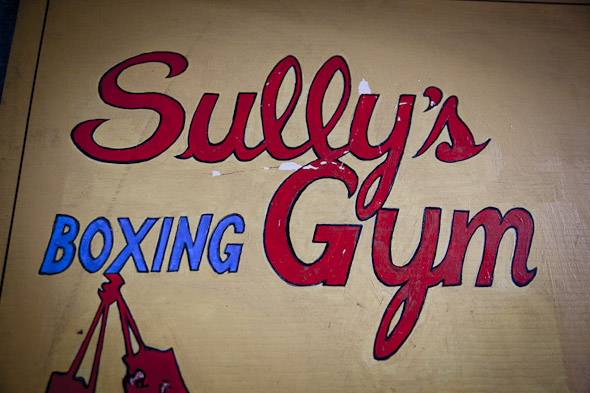 Get ready to jump stacked tires, lift Olympic weight bars, and build your sprint-power while running on the spot, attached to the ring by a giant Nike SPARQ elastic band. Sully's also offers youth programs, and girls are always welcome. 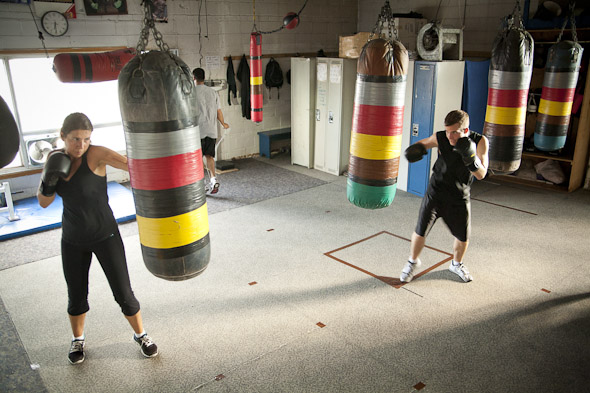 In short, if you want to feel like a boxer with the workout, the posters, the trainers, the smell, then check out Sully's. Stick around for the long haul, and you just might become one. 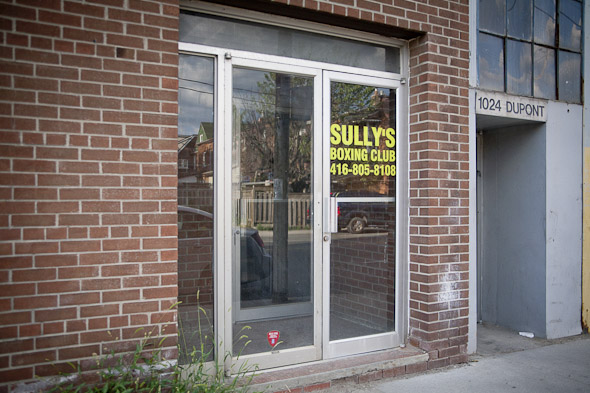