On a freakishly cold January day, I was relieved to find the studio steps from the Wellesley Subway Station, just east of Yonge Street. Located on the 4th floor of a commercial building, the facility has a boxing ring, open space with seven full-size bags, some free weights, and a handful of cardio and other strength training equipment. It also has several personal change rooms, each outfitted with a shower and sink, and one bathroom. The space is warm and comfortable and looks like, well, a boxing gym. 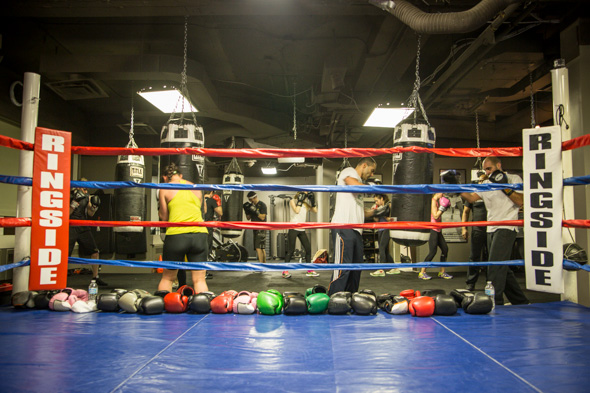 There are seven (two guys and five women) of us that come on this icy winter day for the lunch time Muay Thai class, which is taught by Paul himself. He is surprisingly unintimidating, especially in his fashionable Lululemons. Curiously, one of the first things he tells us is that this is not going to be a Muay Thai class. Having taught group fitness for 20 years, I can tell you with some confidence that participants don't appreciate such surprises. 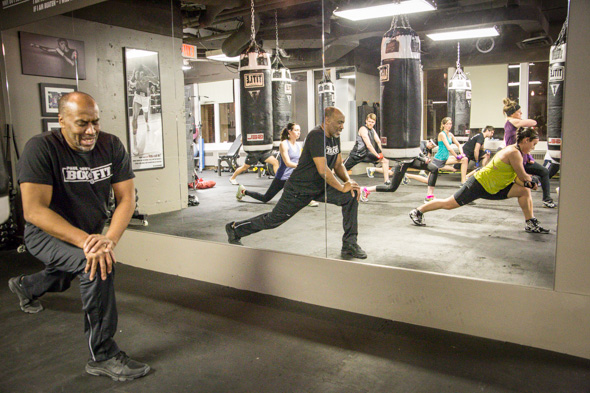 Nevertheless, things started out well. We began with agility drills to warm up using a ladder and low hurdles. It was challenging enough to get the extreme chill out of my bones. Next, he had us do a series of core exercises, including several sets using the Ab Wheel, which, if you have never tried it, could be called the Wheel of Pain. He then had us do some stretches. Some were appropriately dynamic, but several were static, which according to the latest research, are best reserved for the end of a workout. 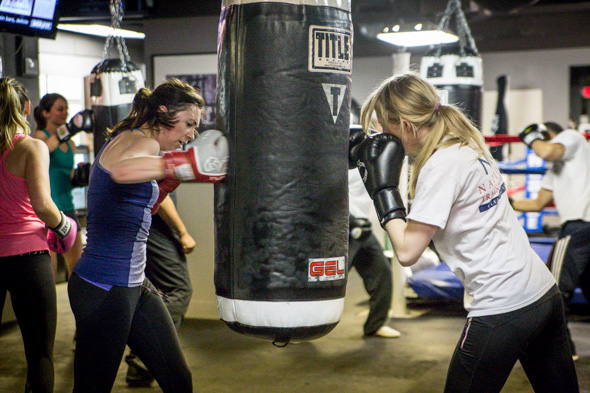 Unfortunately, after that, things really fell apart. Paul seemed uncertain of himself and uncertain of what to do next. Cardinal rule #1 when you are a fitness instructor is: never let them see you sweat. Oh wait, that's not really an appropriate cliche to use here. Let's try: always appear confident and certain even if you're not.

Paul had each of us take a punching bag. I was pleased we each got one to ourselves, but before we really started using it, he changed his mind and decided to partner us up and use pads instead. I personally hate fitness classes involving partners because it makes me uncomfortable, and because it inevitably reduces the intensity of a class because you spend half your time holding pads, props, etc. rather than exercising. Hey, if I get my arse out in stupidly cold weather, I want it to be worth it! 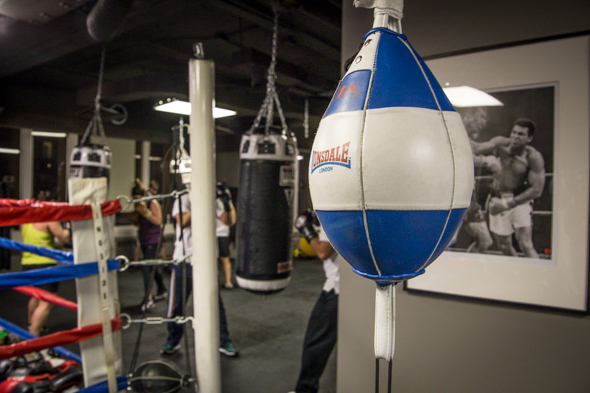 We did a series of kicks and punches trading back and forth between partners who held the pads. Even throughout this portion, Paul seemed unsure where he was going with the drills. He mentioned a few times that if participants were to attend consistently, he could organize the class better. I'm wondering if he had gotten more newbies on this day than he expected. 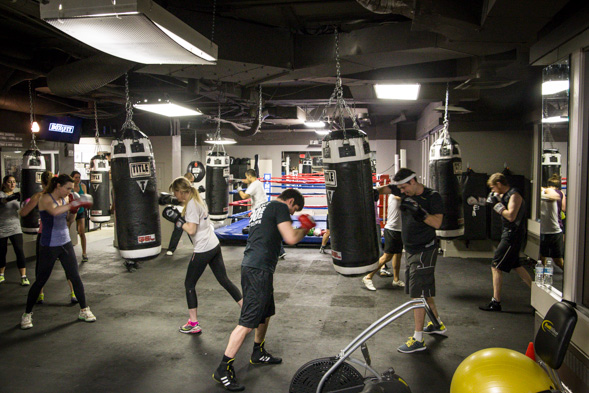 There are a number of teachers and trainers on staff, and likely each has his/her own style. I am betting that Paul really shines doing one-on-one training sessions, which are available for $80 per hour (or less if you buy packages). The other trainers are also available for personal training. 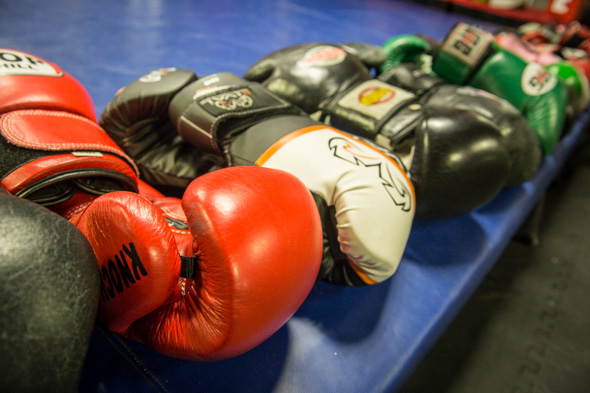 Drop-in classes start at $20 each, or less if you buy packages, while a monthly unlimited pass will cost you $200. If you are interested in learning boxing or kickboxing technique, you might want to book a one-on-one session, if you are looking for sleekly choreographed, calorie burning fitness classes, you might not get what you came for. 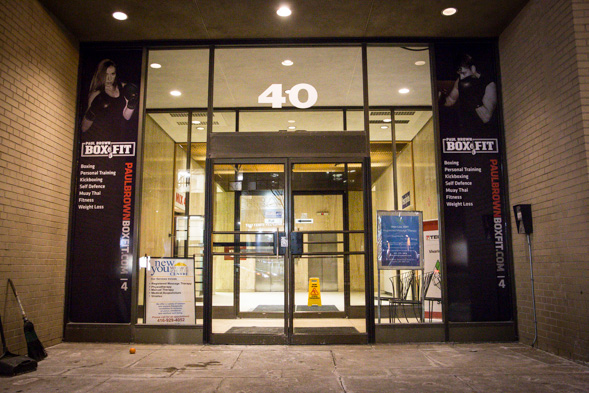