Halloween used to be a scary sight on TV in Toronto.

In addition to spooky mood music and anchors wearing costumes on Oct. 31, most channels programmed horror movies and lurid shows that captured our collective pre-Netflix imaginations. 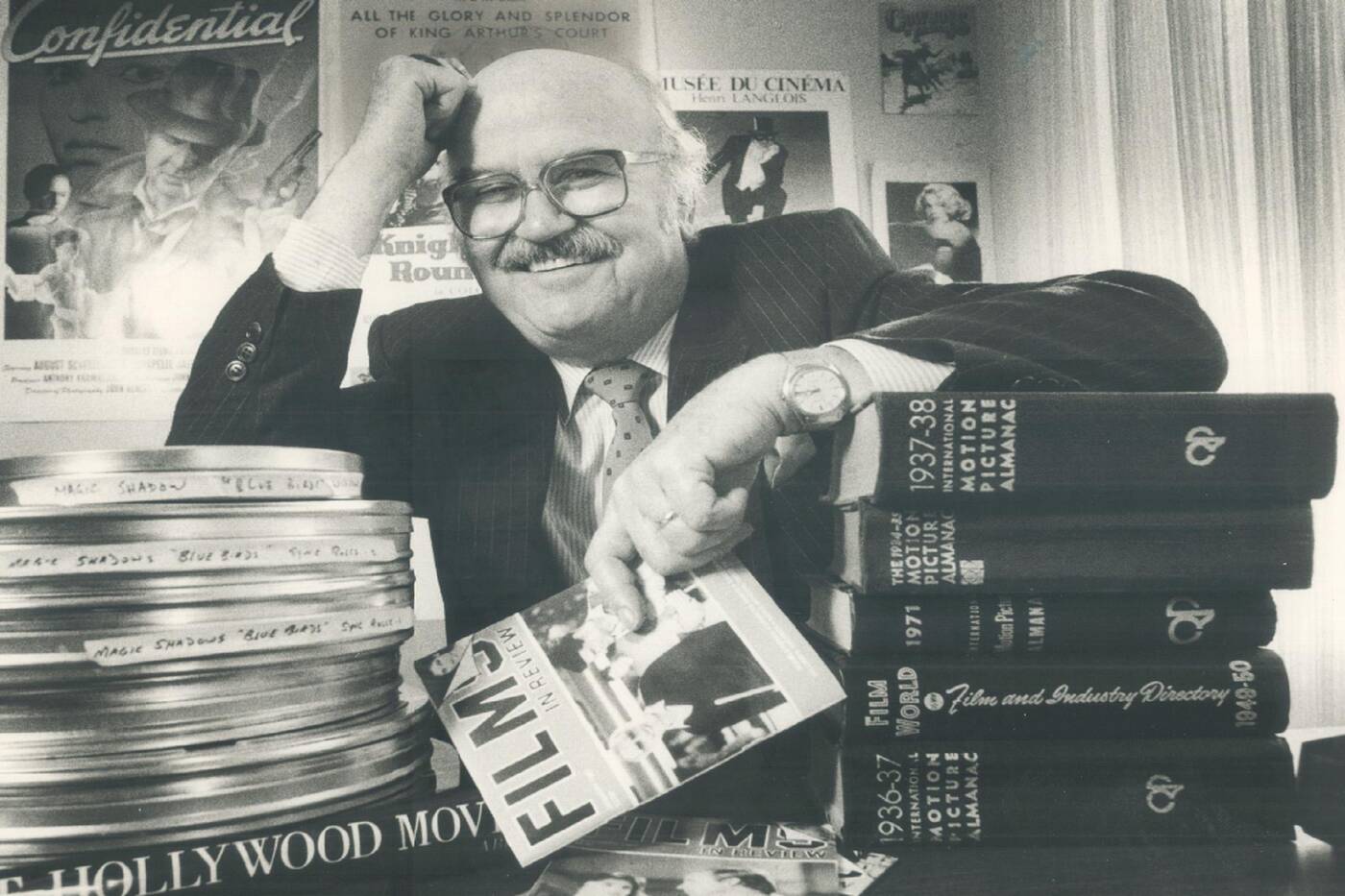 Both celebrated Halloween every year by screening a ghoulish glut of classic scary movies, everything from Hammer Horror to The Haunted, Night of the Demon, Psycho, and the classic Universal Monster movies.

While the focus of Magic Shadows and Saturday Night at the Movies were not limited to any single genre, Elwy certainly knew and loved horror.

Broadcasters have given up the old stunts that used to make local TV so weird and wonderful, even beyond Halloween. But there once was a time when this type of programming was everywhere.

Horror hosts became a staple of North American television stations in the 1960s, with characters like Elvira, Mistress of the Dark, Ghoulardi and Svengoolie screening black-and-white monster movies and horror titles, with sketches or other no-budget filler. 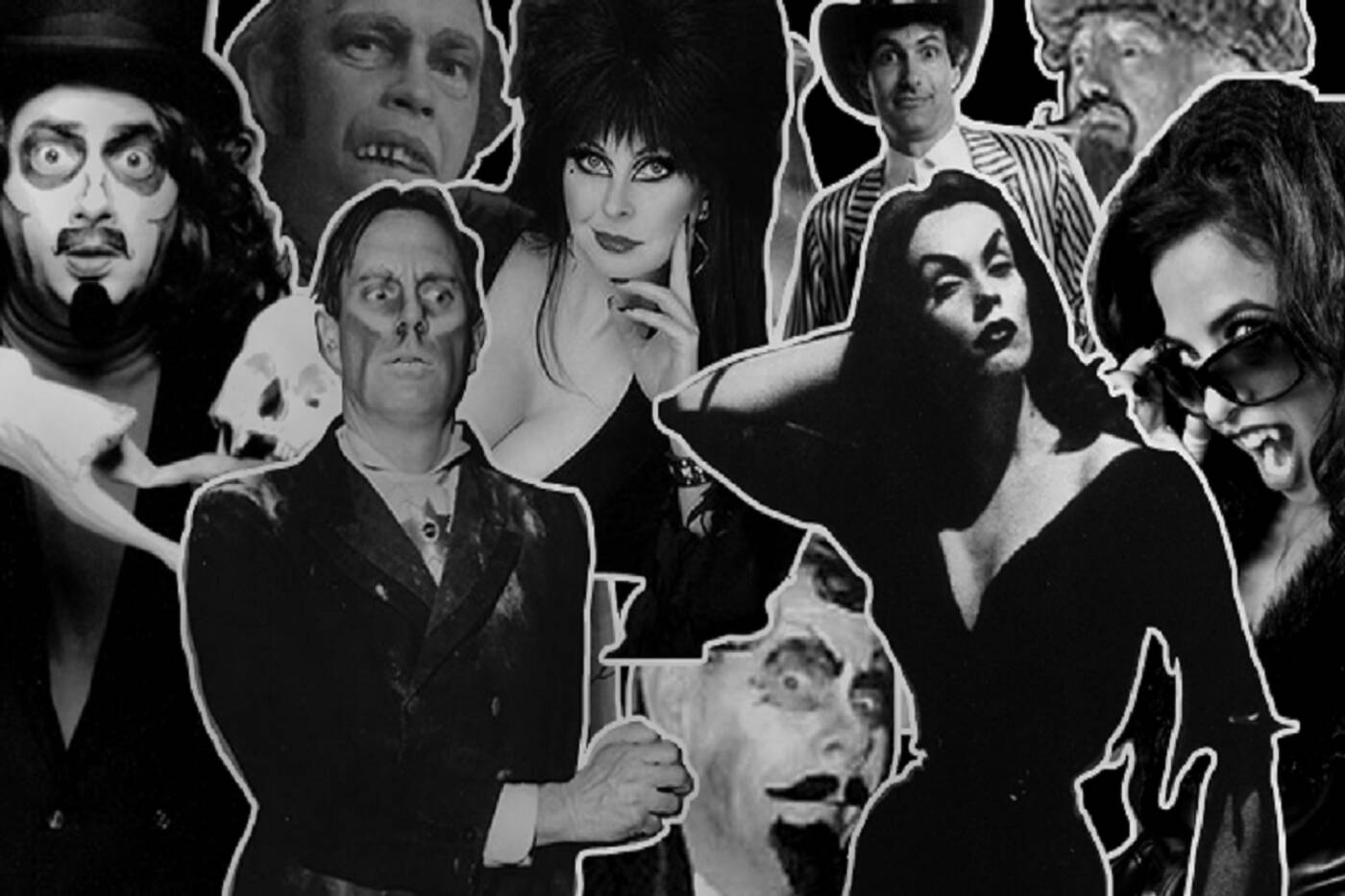 Usually, it was a local station's weatherman or local car dealer in a goofy costume who brought a Halloween vibe to every weekend's late night movie slot.

SCTV's Count Floyd was a spoof of a horror host, portrayed by Joe Flaherty, who was moonlighting as boozy newscaster Floyd Robertson.

His series Monster Chiller Horror Theatre (which also featured John Candy as Dr. Tongue, and Eugene Levy as Bruno) was an homage to the Chiller Theater that Flaherty watched growing up in Pittsburgh. 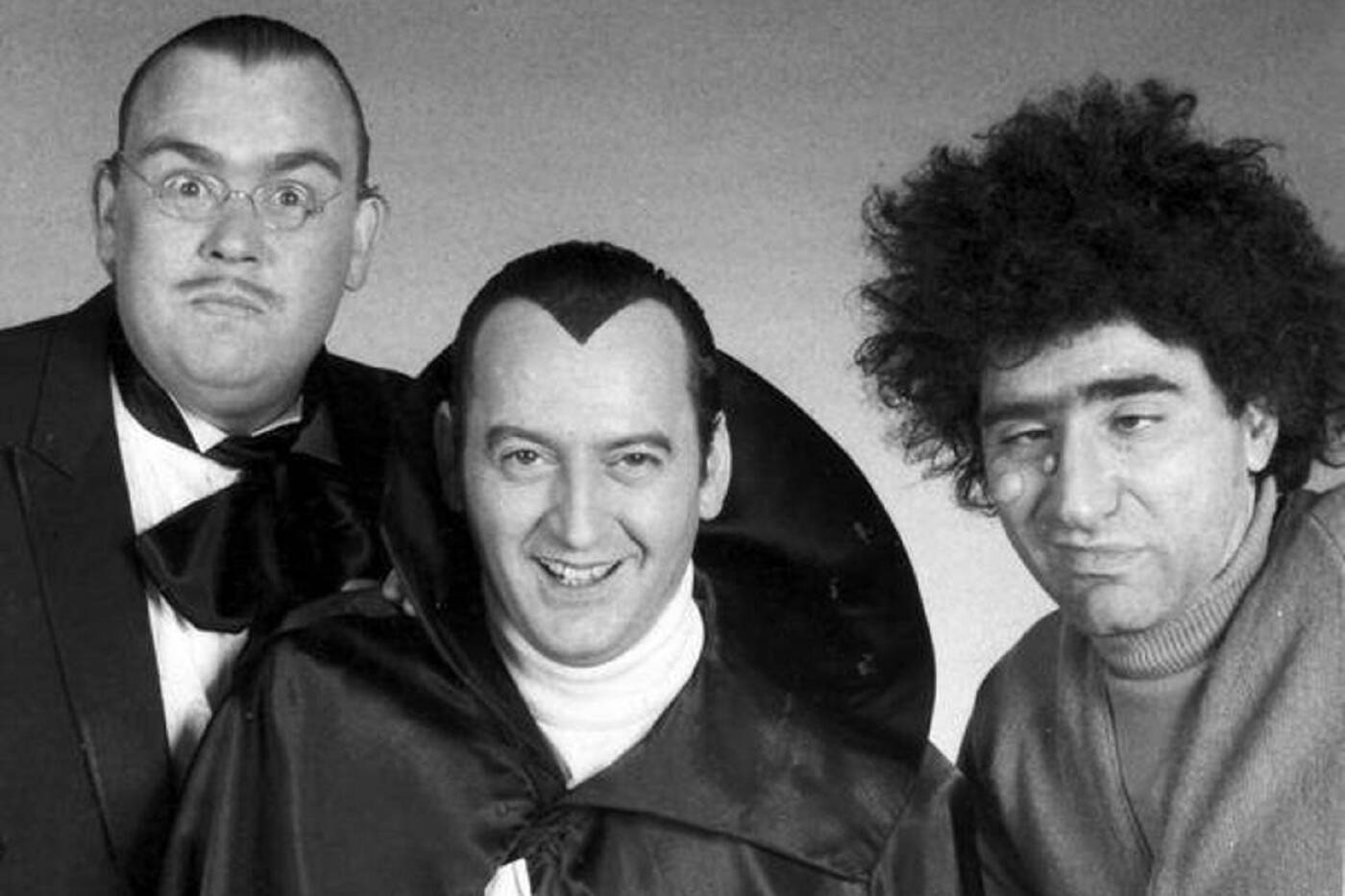 Welcome to the 3D House of Pancakes: Candy, Flaherty and Levy  as Dr. Tongue, Count Floyd, and Bruno on SCTV. Photo courtesy of Retrontario.

The cult surrounding horror hosts has grown over time: the concept was the focus of a 2006 documentary, American Scary, and endless debates about which was the weirdest one.

For viewers in Toronto, the horror host legacy really kicked-off when Adam Keefe dressed as a vampire for WKBW Buffalo's Fright Night Theater, which aired from 1963 to 1969.

Monsters We Know and Love

Toronto had its own bona fide horror hosts, even if their legacy has largely been forgotten. Citytv's Monsters We Know and Love launched in 1974, with Gene Taylor, and Art Nefsky as Igor.

The show screened Euro-horror and Japanese monster films, along with bizarre musical numbers and lip-syncs.

He was also the first host of their legendary disco dance party Boogie, then headlined a bizarre 90-minute lunchtime show, Bazaar, a forerunner to Breakfast Television. 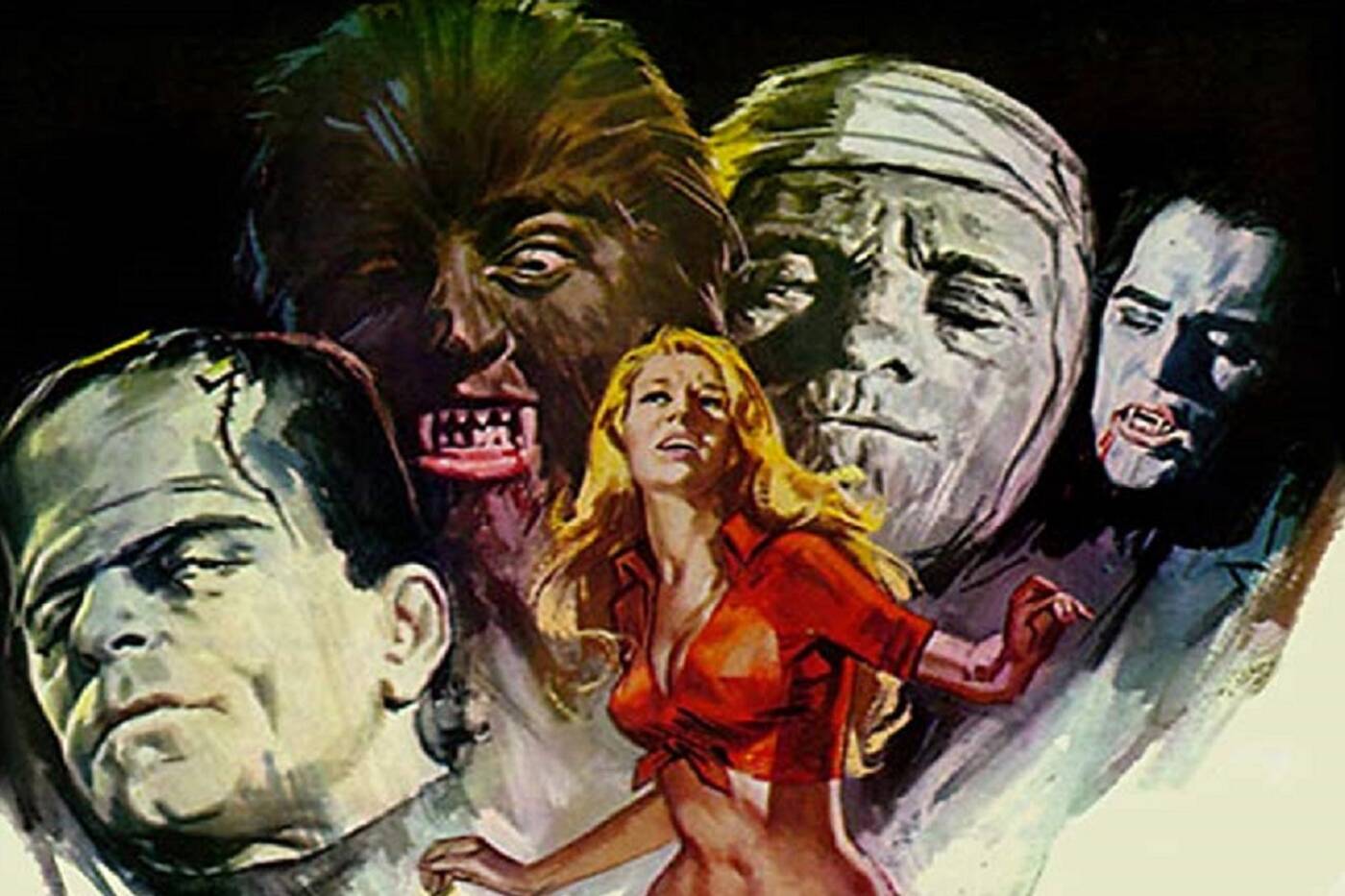 Monsters We Know and Love featured a healthy dose of Euro-horror never seen in Canada, before or since. Photo courtesy of Retrontario.

Monsters We Know and Love films included Assignment Terror, Son of Frankenstein, She Wolf of London, The Spider Woman Strikes, Blood of Dracula, Black Sabbath, Beast of Morrocco, War of the Monsters, Eye Creatures, The Terror, Day of the Triffids, Graveyard of Horror, Tombs of the Blind Dead, Dracula Vs. Frankenstein, The Demon Planet, The Attack of the Mushroom People, Beware the Blob, and Gamera vs. Monster X.

Even though it has been over forty years since the series ended its one year TV shift, many in Toronto are still obsessed with horror host Chuck the Security Guard, on Channel 47's The All-Night Show.

Launched in September of 1980, Channel 47 Cable 4 (then known as MTV - Multicultural Television, now OMNI) used The All-Night Show to become the very first broadcaster in North America to programme a 24-hours a day.

Put together by a rag-tag of young comedians and Science-fiction boffins – the cast and crew included, among others, Chas Lawther as Chuck, voices by pre-Hollywood Jim Carrey, Maurice LaMarche, and model work by Michael Lennick.

The show fried a million local synapses reruns of offbeat TV series such as The Outer Limits, The Prisoner and The Twilight Zone from 2:00 a.m. until dawn, with bizarre skits and live phone calls between programs.

Horror titles and themes were universal, and their one (and only) Halloween special that aired on Oct. 31, 1980 featured a screening of George Romero's zombie classic Night of the Living Dead (1968), which went off the rails due technical difficulties.

By the 1980s, Citytv's actual horror hosts morphed into the on-air announcers.

Few will forget the mischievous profundo basso of Mark Dailey as he dropped the "Viewer discretion advised" warning before some of the more salacious titles screened by Citytv's Great Movies back in the day.

The late 1990s/early 2000s was perhaps the last great gasp of cable TV in Toronto (all over North America, really), before the Internet pretty much hijacked the distribution and proliferation of entertainment wholesale.

Prior to being gobbled up by the CTV/Bell empire, CHUM launched a truly incredible digital channel called Drive-In Classics that specialized in all manner of celluloid sleaze.

Salem was the last true TV horror host, before such endeavours migrated online to places like YouTube, Twitch and TikTok (in extremely cut-down portions, of course).

This Halloween, no doubt you can program your own mammoth Horror marathon, but you won’t find anyone dressed up on TV inviting you to a curated blend of weird and trashy titles you’d never heard of, or could have dreamed up in a million years.