That time The Voice of Toronto Mark Dailey was everywhere

"The Voice" of Toronto was EVERYWHERE.

It was a booming yet soothing baritone that announced movies and TV shows, news updates and locations all around Toronto with profundo basso - "From the corner of Queen and John!"

It was the voice of Mark Dailey. 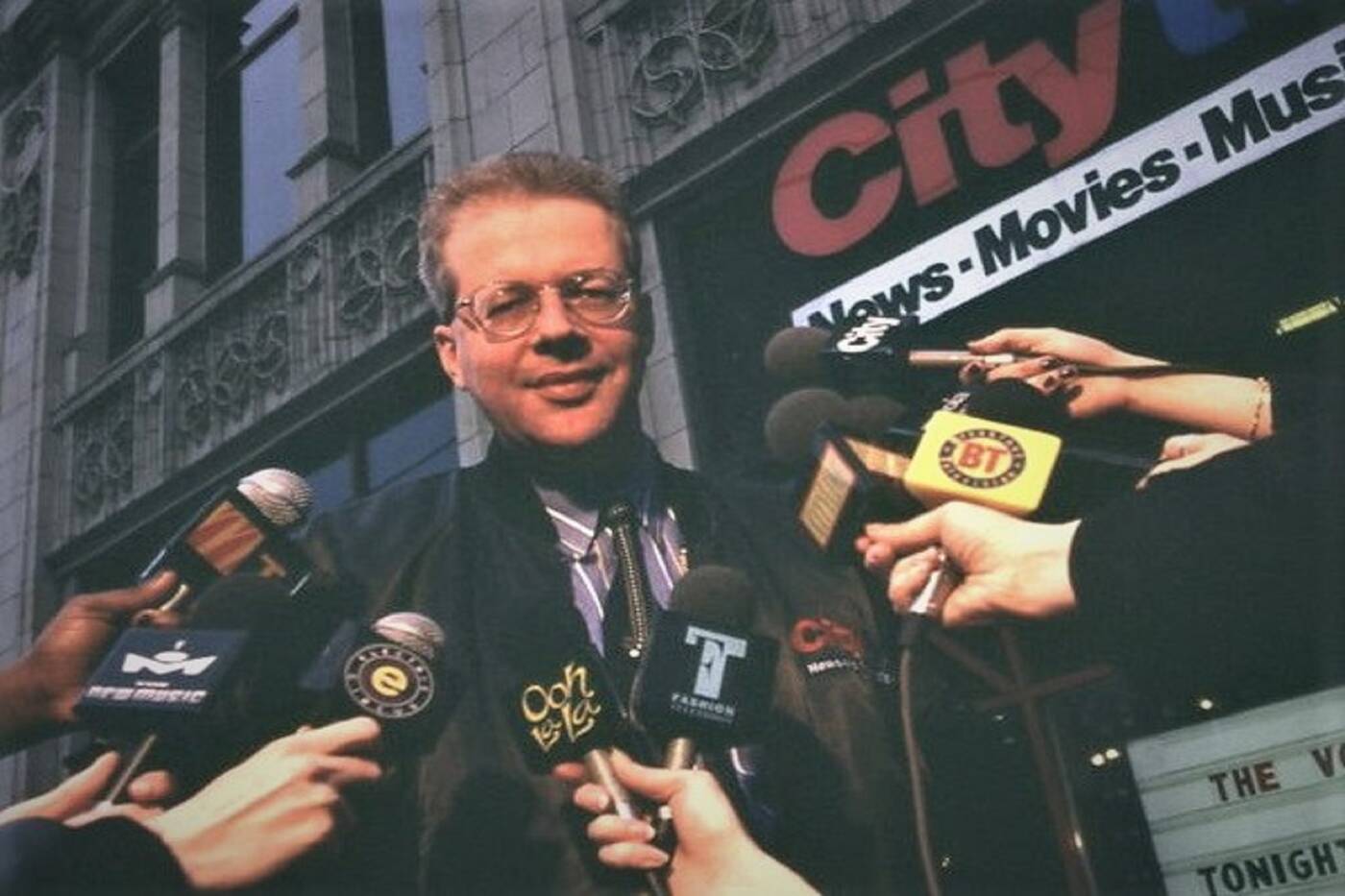 Nice voice: Dailey spoke for all of Toronto  Photo courtesy of the Toronto Star

Dailey died on Dec. 6, 2010 after a long battle with cancer. It feels almost impossible that a decade has passed since that voice was silenced.

For many in Toronto, he narrated our lives for several decades.

Whether it was describing the activities of the notorious Swamp Gang bank robbers on CityPulse, sardonically teasing a late-night softcore movie starring Shannon Tweed, or announcing Shabba Ranks on Electric Circus, Dailey's vocal depth charge was always there.

Born in Youngstown, Ohio in 1953, Dailey cut his teeth in the early 1970s in Windsor as a crime reporter on the revolutionary AM radio station CKLW (aka The Big 8).

His voice was put to good use as an announcer on their 20/20 News reports (20 minutes past the hour, 20 minutes before the hour).

Although industry standard now, 20/20 was a novel format for gritty and salacious reporting. Dailey was embedded across the river in Detroit which, at the time, was dealing with over 800 homicides a year. He would sometimes be covering eight murders a night.

By the mid-1970s, Dailey was in Toronto working at CHUM FM, and later as the first news director at Q107.

In 1979, Dailey was invited to audition for Toronto’s most exciting news program CityPulse on Citytv.

CityPulse's assignment editor Glen Cole was an ex-RCMP officer who knew Dailey through his close relationship with many in Toronto's law enforcement community.

That relationship often allowed Dailey access to material no other reporters could come near, and so the quality of crime reporting on CityPulse was always impressive be it Dailey, JoJo Chintoh or later Dwight Drummond. 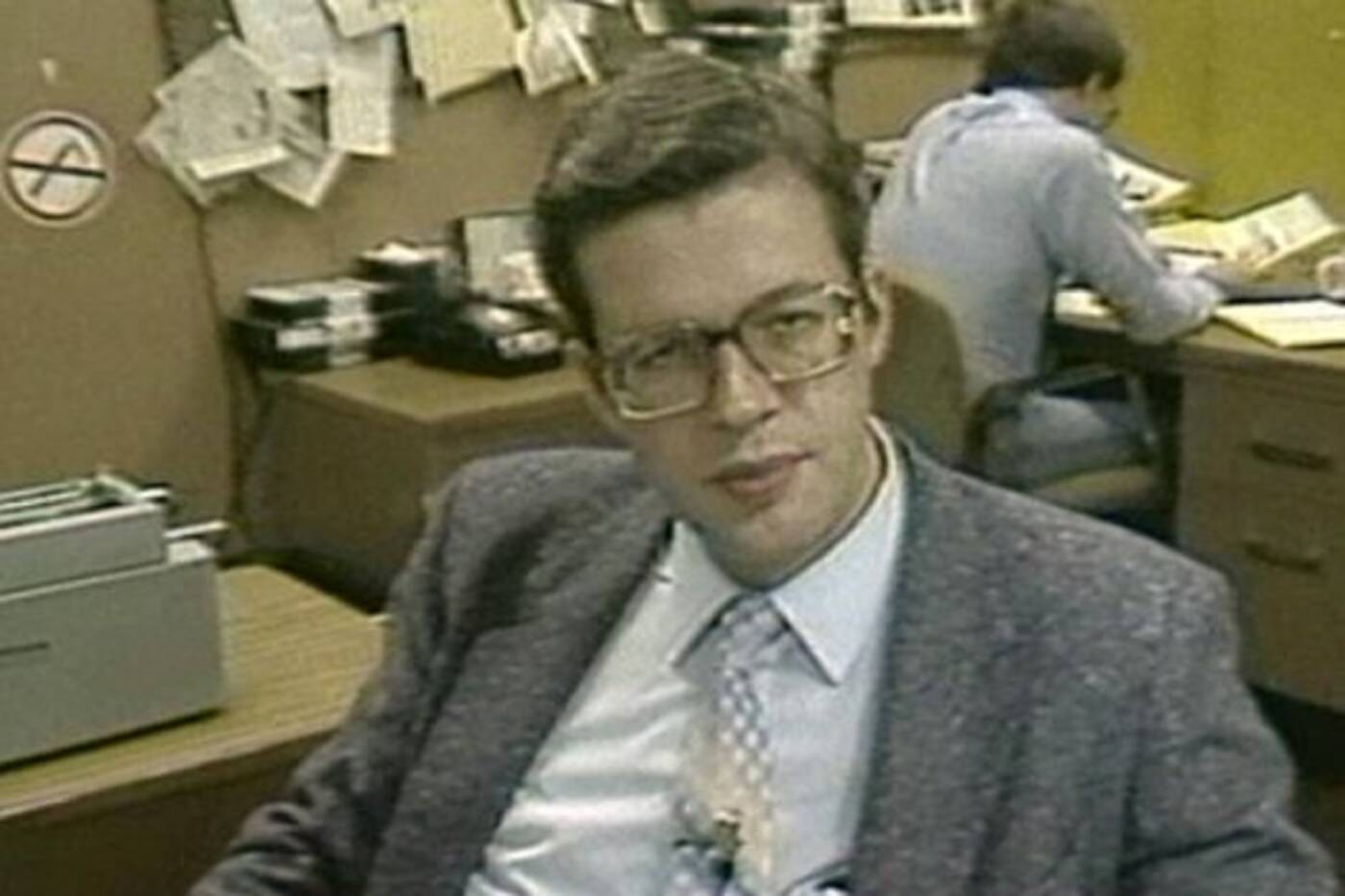 On the case: dubbed "The Inspector", Dailey's crime reporting was legendary. (courtesy of Retrontario)

In 1983, Citytv started to use the phrase "EVERYWHERE" alongside call-outs from somewhere in the city.

Around this time, Citytv's regular in-house announcer went on holiday, and Dailey was asked to substitute. The rest is vox history.

Dailey's acerbic introductions and outroductions to late-night B-movies became the stuff of local legend; infinitely more amusing than the actual productions they book-ended.

Now credited as "The Voice", Dailey was on the news every night, announcing Citytv's TV series and films and also doing commercial work for the likes of Bowl-a-Rama, Pontiac and Cineplex Odeon.

He soon became the voice of MuchMusic (an overlooked fact – probably because he wasn’t a VJ), Speakers Corner, and later CP24 and The Space Channel.

His extra-curricular voice work continued into animated kids shows as he provided voices for series such as Medabots, The Ripping Friends and Beyblade.

He rang in New Year every year at City Hall, invited us to watch Star Trek on "your Federation Station", and improvised thermo nuclear snark about Hollywood in the middle of the night. But as the tough-as-nails, Fedora wearing "Inspector" on the crime beat he was as earnest as they come.

In 1980, Dailey had been the first reporter to arrive at the grisly scene as Toronto Police Officer Michael Sweet was shot and left to die during a botched bar robbery on Queen Street.

That horrific act of violence shocked the city and was often mentioned as the night Toronto changed forever. Both Mark Dailey and CityPulse host Gord Martineau often cited it as the hardest news story they ever covered.

Dailey himself had served as an officer of the law in Ohio and was dubbed "Marko the narco" after infiltrating a drug gang. Dailey often joked the experience frightened him into a career in broadcasting.

Over the years, Dailey worked with a host of charities and organizations such as Crime Stoppers, often lending his voice to Public Service Announcements and serving as a guest speaker. He hosted the Police Games at Variety Village for 29 years.

A lingering urban legend regarding Dailey involves the band Rush, and their signature 1982 Synth-rock classic Subdivisions.

Listen closely to the song, and it sure sounds a lot like Dailey saying "Subdivisions" twice per chorus. The band has adamantly denied it over the years and the official story is that it is the late Neil Peart speaking it (lip-synched by Alex Lifeson in the video).

A Rush fan blog went so far as to pull apart the audio to prove it was "the Voice", although Dailey claimed he never recorded anything with Rush.

A more likely explanation is that it was sampled from a CityPulse recording. It seems this mystery will never be solved.

As a narrator for Toronto, the role has never been equalled and considering the current splintered state of media it's hard to imagine a unifying voice ever emerging again.

While his voice was silenced far too early, the memory of Mark Dailey lives on in the hearts and minds of Toronto people… everywhere.