Since the pandemic, Toronto encampments have been facing constant dismantlement from Moss Park to under the Gardiner — evicting people with bulldozers and massive police presence.

It's no wonder people were surprised and then disturbed to see police actually guarding Toronto's newest encampment under the Gardiner.

The tragic irony of a fake encampment being set up under the Gardiner as part of a film shoot 😫 pic.twitter.com/lBwI94aIzL

Daniel Rotsztain, a volunteer with Toronto's Encampment Support Network (ESN), believes the set was created for DC Titans as the series is currently beng filmed around the city.

"I found this completely absurd that this could exist given the violent attempt to evict people from encampments all over the city — especially just a few weeks ago at Lamport Stadium," Rotsztain tells blogTO. "I just thought, 'Whose idea was this and who approved this?'"

Although Lorraine Lam, an outreach worker for Sanctuary, says that encampments are nothing new, the pandemic has increased visibility of these sites.

"In the last year, the city has really buckled down, saying that encampments aren’t safe, a fire hazard and all these other reasons," says Lam.

Encampments in parks & other public spaces pose a risk of fire & other hazards to those living in them, as well as the neighbouring public. Pictured here: Moss Park encampment fire on May 19. Fortunately, there were no critical injuries or loss of life. pic.twitter.com/FHWBVZEXEV

She says the irony deepend for her when she noticed the set contained a lot of the exact things the real encampments get cited and torn down for, like open flames and clutter.

Lam says encampments have taken on new life in terms of conversation, dialogue and awareness as the city has been very vocal about not supporting the encampments.

"They’ve definitely worked hard to clear encampments, but I think the conversation that advocates and the community are having is 'what’s the plan, what's the actual longer plan?' because these encampments are really just symptoms of a really bad housing crisis that we’re in," says Lam.

"The city defines affordability as $1,000 a month and that’s really not affordable, especially if you’re on social assistance," Lam says. "There’s also no supply in affordable housing as the current waitlist for subsidized housing is about 10-12 years for a bachelor unit."

Despite the city promoting the space availability in shelters and residential hotels, Lam says that these are not long-term solutions but simply reactive responses, especially with many leases of hotel shelters set to expire at the end of 2021.

She mentions how the website of one hotel that's being used to house people, Novotel, says that they're planning for a re-opening in spring 2022 after extensive renovations — resuming business as usual.

"What's going to happen at the end of the year? Is the city just going to empty people out onto the street?" says Lam. "The city hasn't done anything that is very sustainable and long-term or mission focused." 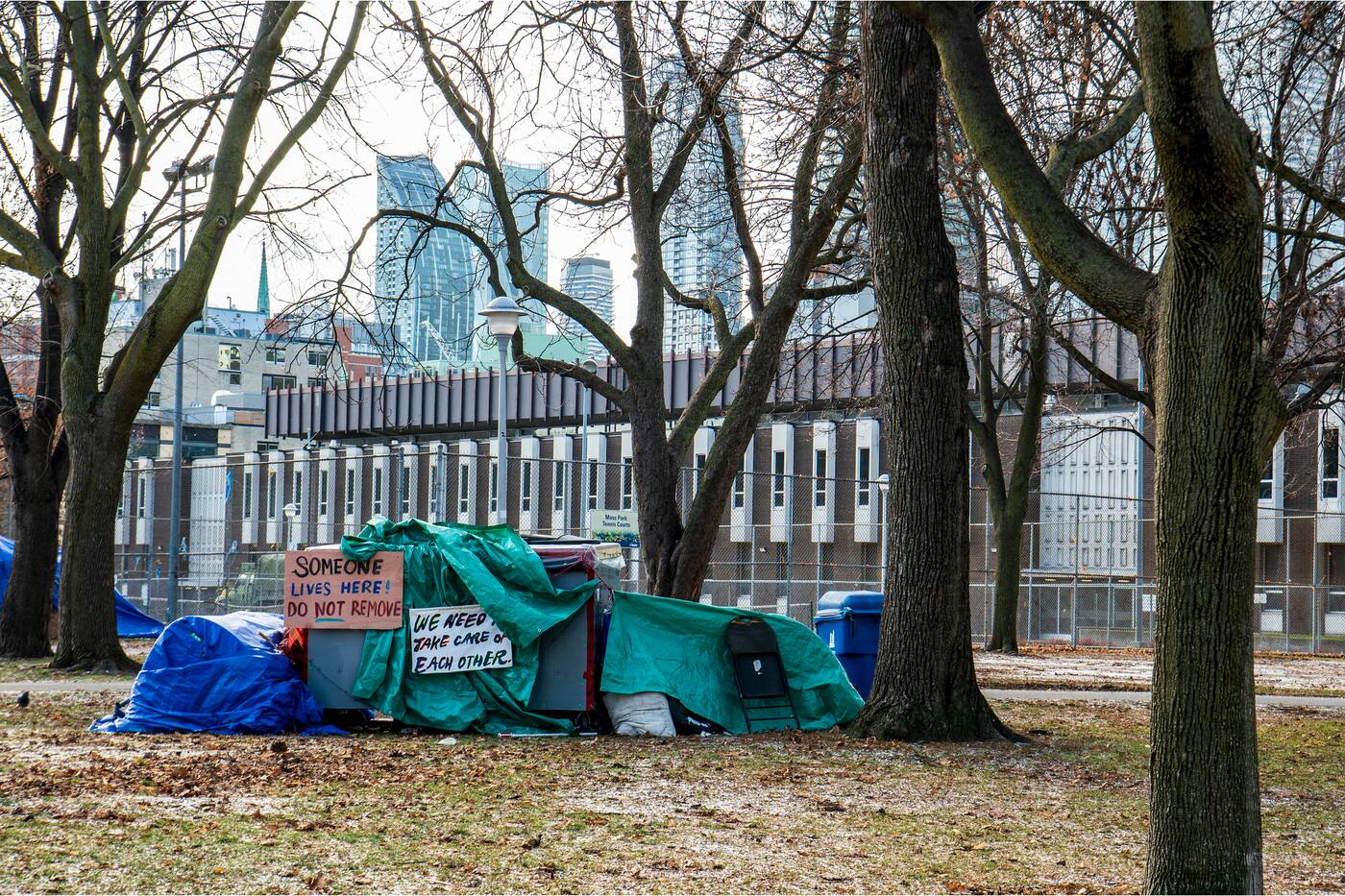 Lam also says that many people refuse shelters for personal reasons and questioned the wording of the City of Toronto's tweet a few days ago that was addressed to those living in encampments.

"Space remains available for all those living in encampments in the City’s shelters and hotel programs. Accepting inside space in shelters, hotel programs or housing, is voluntary and some people may refuse services and choose to leave a site and relocate elsewhere outside," wrote the City of Toronto.

Space remains available for all those living in encampments in the City’s shelters and hotel programs. Accepting inside space in shelters, hotel programs or housing, is voluntary and some people may refuse services and choose to leave a site and relocate elsewhere outside.

"The city says if you refuse to accept an offer we give you, you will just have to relocate somewhere else outside," says Lam. "They’re saying you have to move somewhere else outdoors, so if we clear you from one park, you’re just going to go to a different park."

She says that this is not a solution, citing the U.S. Centers for Disease Control and Prevention (CDC), which says that clearing encampments is not COVID-safe.

"The city has not done anything to engage with the residents who actually live in the encampments and that’s what people have been asking for since the start," says Lam. "They really need to include people with lived experiences at these tables that make decisions and  what im really hoping the city finally starts to do."

Although the fake encampment for the film shoot is temporary, Toronto encampments are here to stay, at least until the city, the province or the federal government gets serious about helping the underhoused.

You can go here to donate in support of real encampments.