The history of Toronto's King of Kensington

Toronto has only ever had one King, but sadly his legacy is in danger of being lost in a sea of apathy.

September 25, 1975 was when King of Kensington premiered on CBC, a low-key sitcom set in the heart of multi-cultural Toronto. From the grainy opening shots of the shop exterior at Augusta and Nassau, you just knew this series was authentic Toronto. 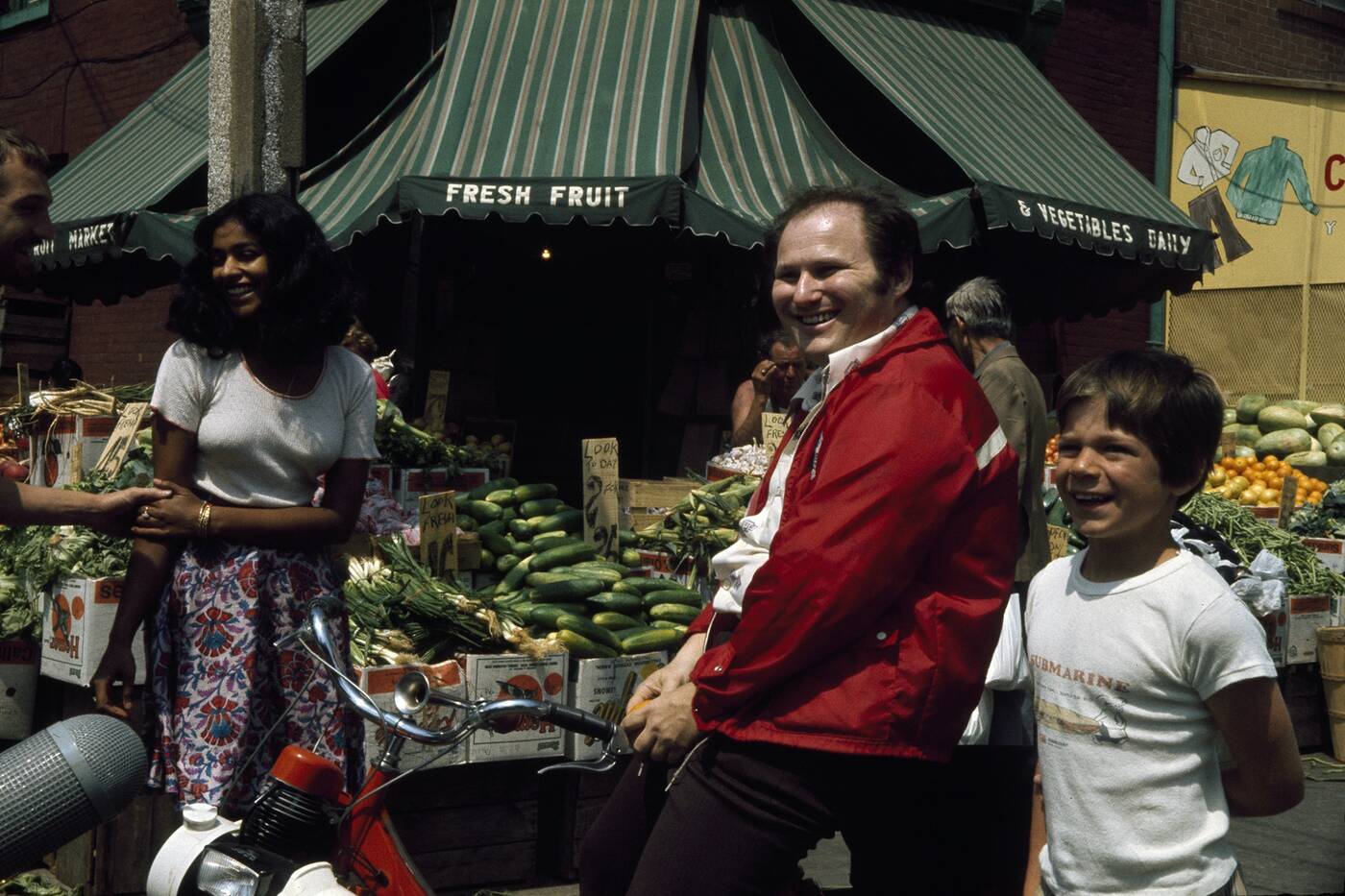 King also ran a social club where the neighborhood men played cards and kibbitzed about life in the changing city.

The demographics of the club were often described by series creator Perry Rosemond as an "ethnic menagerie" that captured the mixed cultural mosaic which existed in Toronto, but which was rarely seen on national television at the time (King's background was Polish-Jewish).

A typical episode usually revolved around misunderstandings or conflict that the King managed to fix thanks to his understanding nature.

While the look of the show was similar to the popular American sitcoms of Norman Lear – King of Kensington is often compared to All in the Family – the politics were distinctly Canadian. 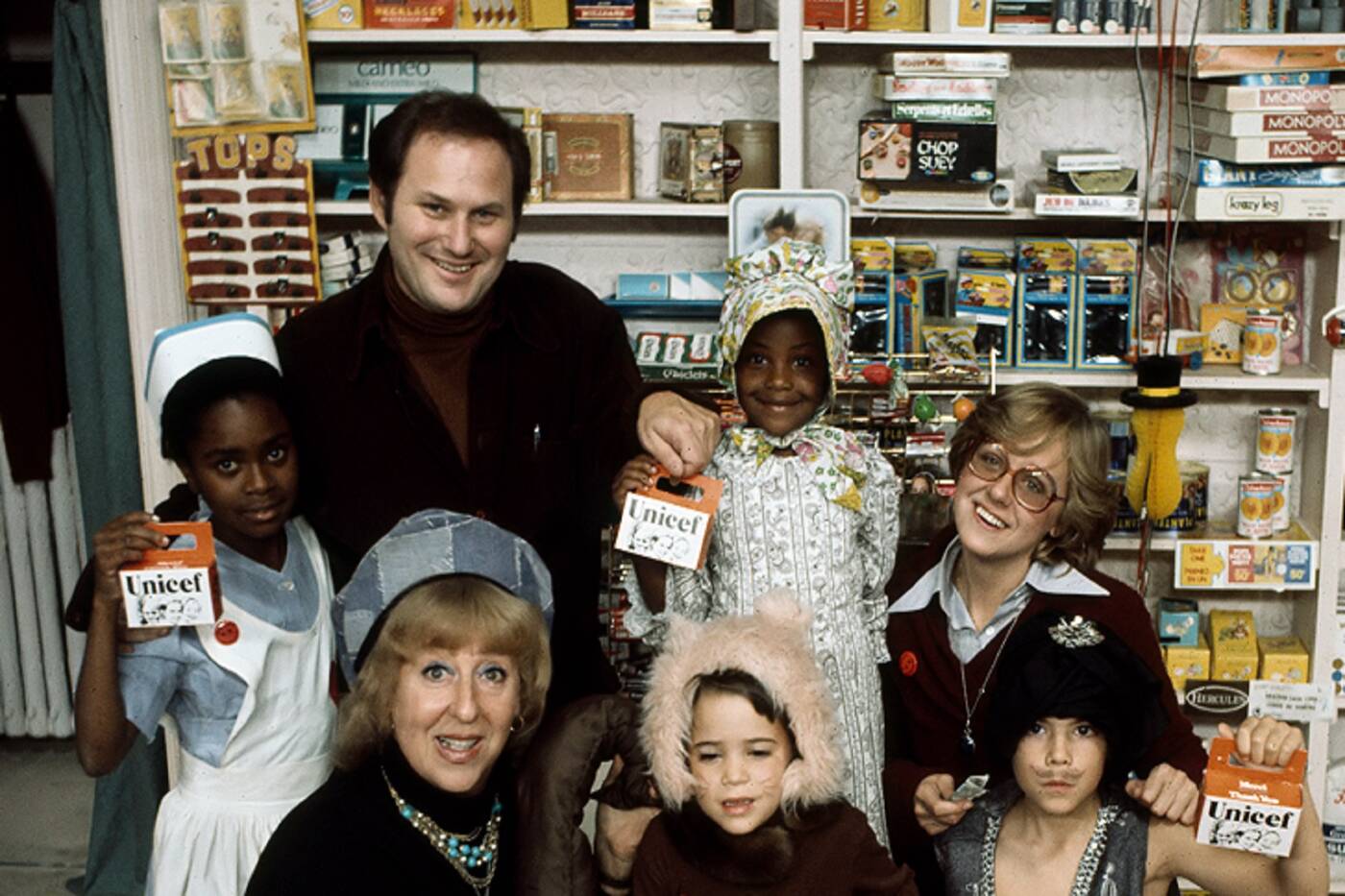 Everyone was down with the King. Photo from CBC Still Photo Collection/Norman Chamberlin.

King was as unabashedly liberal as Archie Bunker was conservative - his right-wing mother Gladys served as the classic meathead foil.

The series was filmed in front of a live studio audience less than a week before airing, allowing it to insert references to topical political issues. 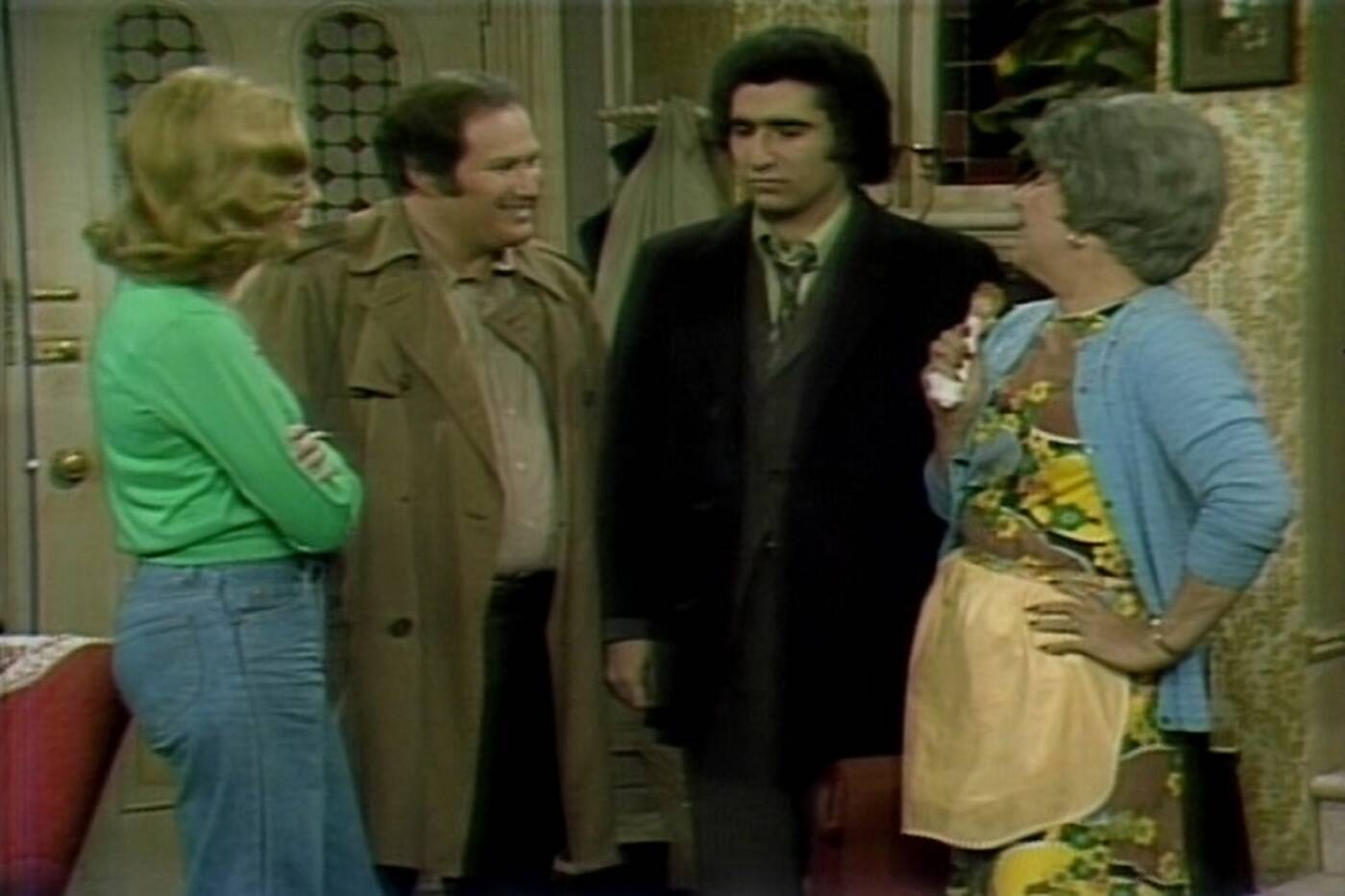 A rose by any other name: Eugene Levy was one of the many guest stars on King of Kensington. Photo from Retrontario.

Guest stars on King of Kensington read like a who's who of the local TV industry at the time.

After a slow start the series' ratings caught fire and it became a CBC institution, as cherished and iconic to the CBC brand as Hockey Night in Canada, Wayne and Shuster, and The Beachcombers.

King of Kensington regularly won its time-slot against glossy American imports on CTV like The Six Million Dollar Man and drew 1.5 to 1.8 million viewers weekly in the late 1970s.

It was also successfully sold to several large American markets (who knows what they would have made of its many left-wing Canadian political references). 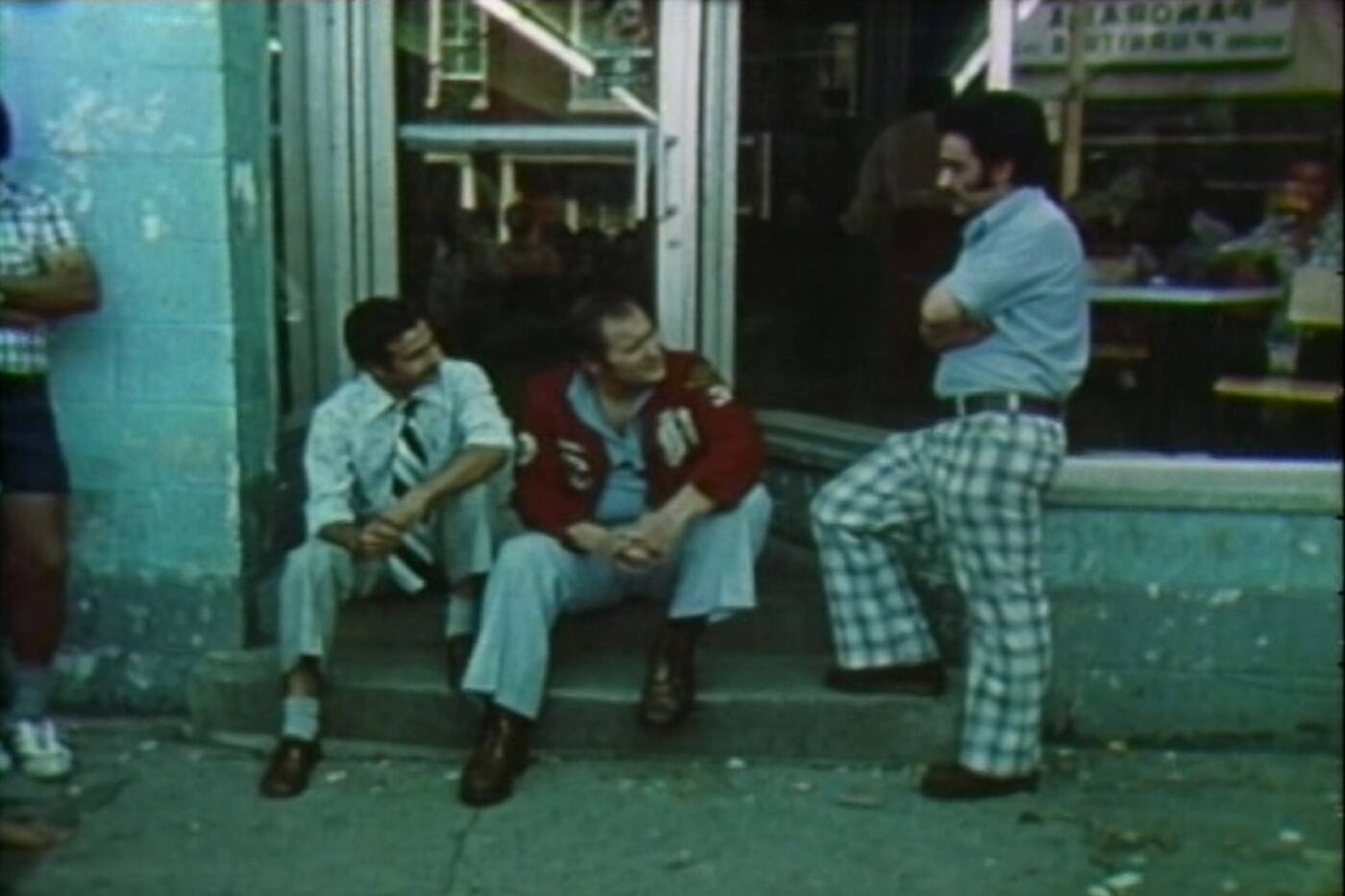 The series solidified the reputation of Kensington as ground zero for the so-called "People City" that was blossoming locally under Mayor David Crombie during the 1970s.

Al Waxman, himself a Kensington native, was later awarded a bronze statue in his honor in Bellevue Square Park in the heart of Kensington Market. 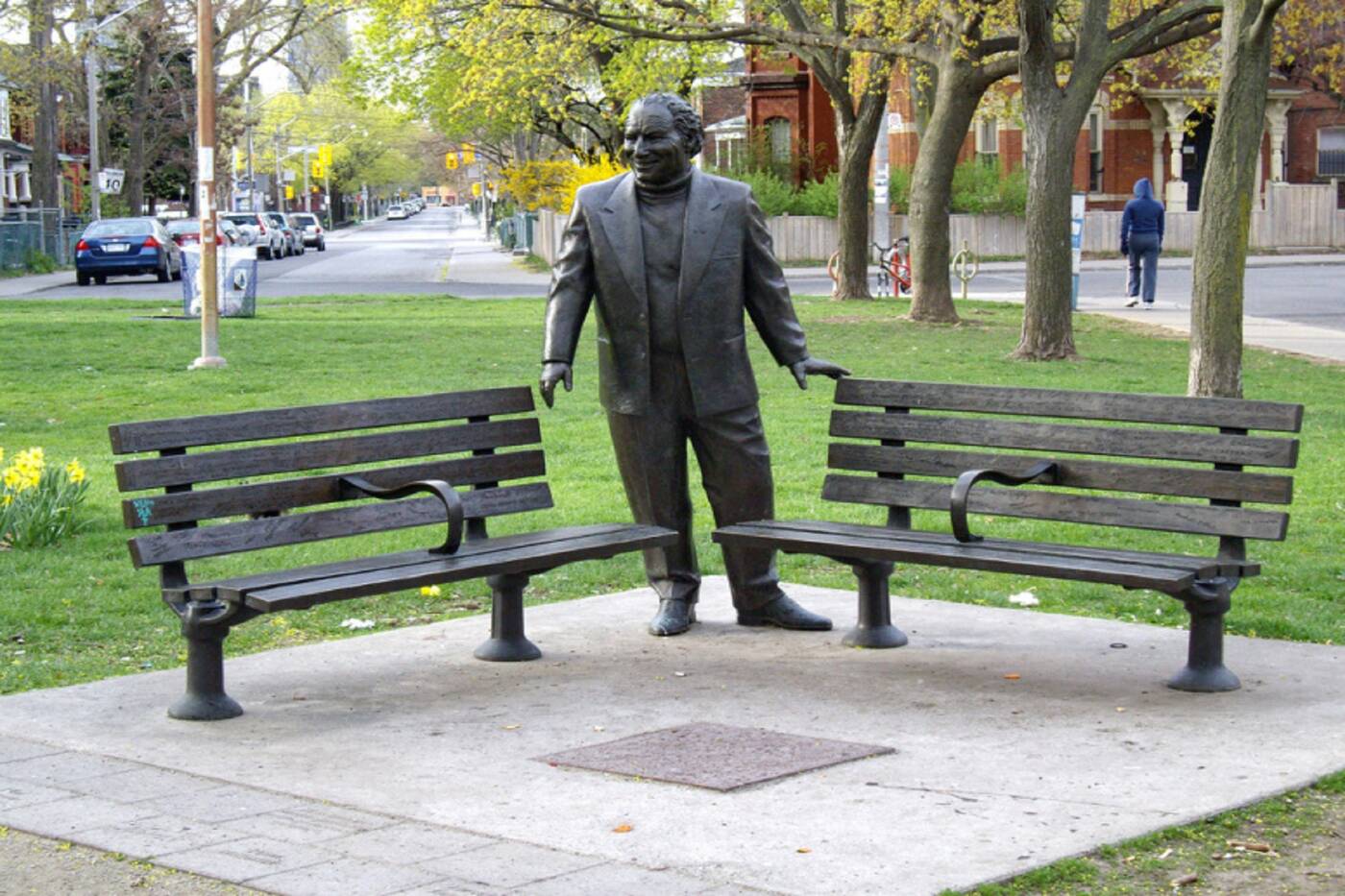 An immortal King resides in Bellevue Square Park. Photo from Canada Through My Eye.

After concluding in 1980, the series was scantily repeated and by the 1990s had all but vanished from our screens. The first season was released on DVD but sold poorly and later releases never materialized.

It was once said that Canada was brilliant at producing sketch comedy series (SCTV, The Kids in the Hall) but terrible at producing sitcoms.

While that was true in the past, Canada's sitcom game has made great strides with the likes of Letterkenny, Schitt's Creek and Kim's Convenience (which in many ways is the modern heir to the King). 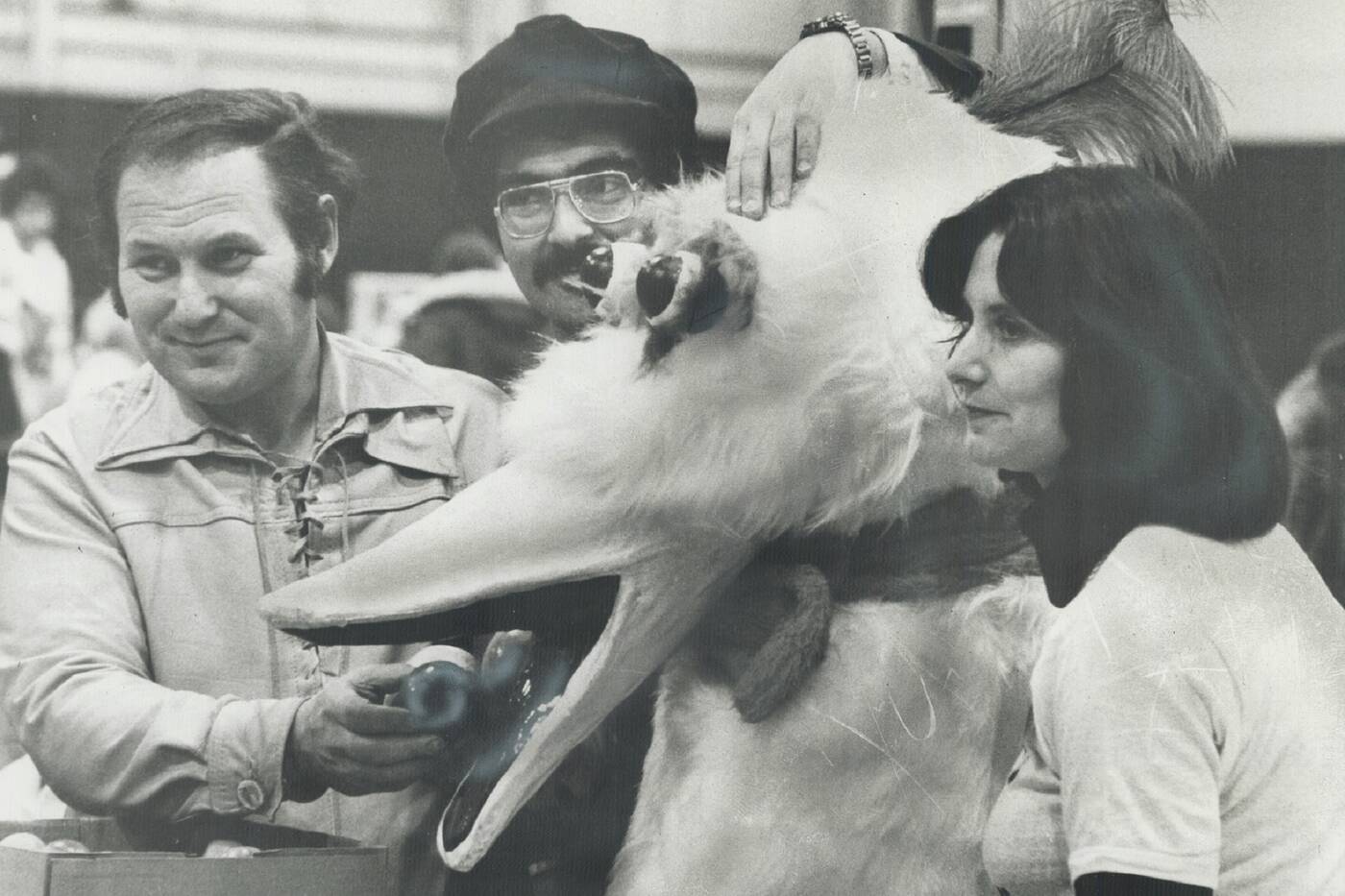 King of Kensington was for a time a rare Canadian sitcom that people actually enjoyed watching. Should it not be afforded the respect of existing online (officially), or even on a tax-payer funded streaming service?

At the very least, the series is a fascinating time capsule of what was happening in Toronto on the cusp of the 1980s. 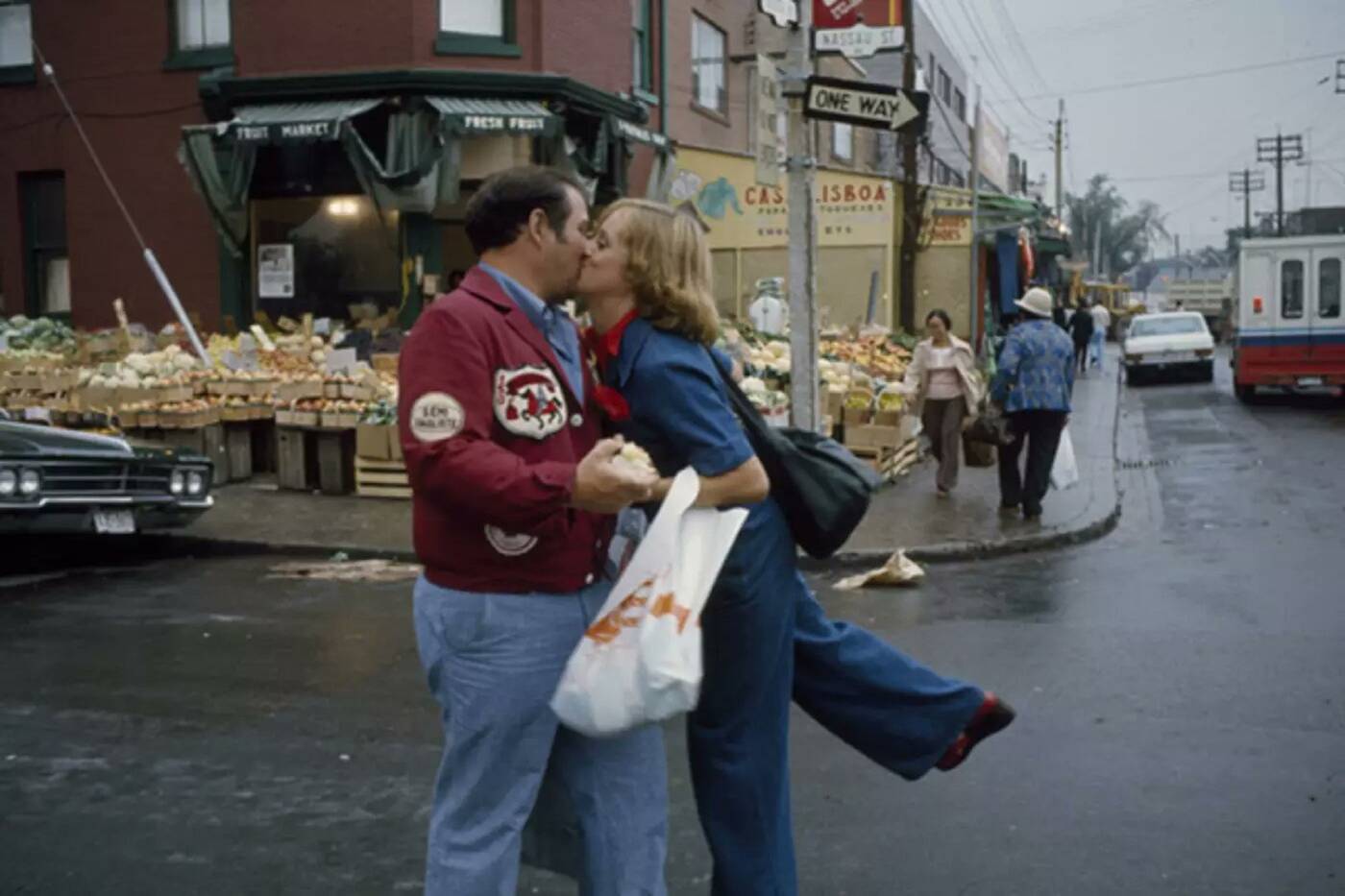 The King's neighborhood may have changed since the '70s, but indifference to the loss of our own local popular culture has not. Photo from CBC Still Photo Collection/Norman Chamberlin.

While the world has long moved on, the reverence to American series like All in the Family persists. Cookie cutter American sitcoms populate most of our broadcast and OTT streaming services, current and retro.

It is depressing that one of our few pop-culture TV heroes of the 1970s, a cuddly ambassador for the "new" Canada, is fading into obscurity.

A local legend lost in the mire - it's exactly the kind of issue Larry King would have stood up for.