The owners of Toronto's old Fox Theatre think there's a ghost haunting the cinema, and they're trying to figure out who, and why.

The 106-year-old theatre in the Beaches has announced that they intend on hiring a professional medium to hold a séance to explain a series of strange, ghostly events that have taken place inside the theatre walls.

Inexplicable dancing lights and the feeling of being accompanied by something supernatural are just some of the hair-raising experiences reported at Toronto's second oldest theatre.

Staff and visitors alike have said that the curtain-covered emergency exit to the left of the main screen is where the most paranormal activity seems to occur. 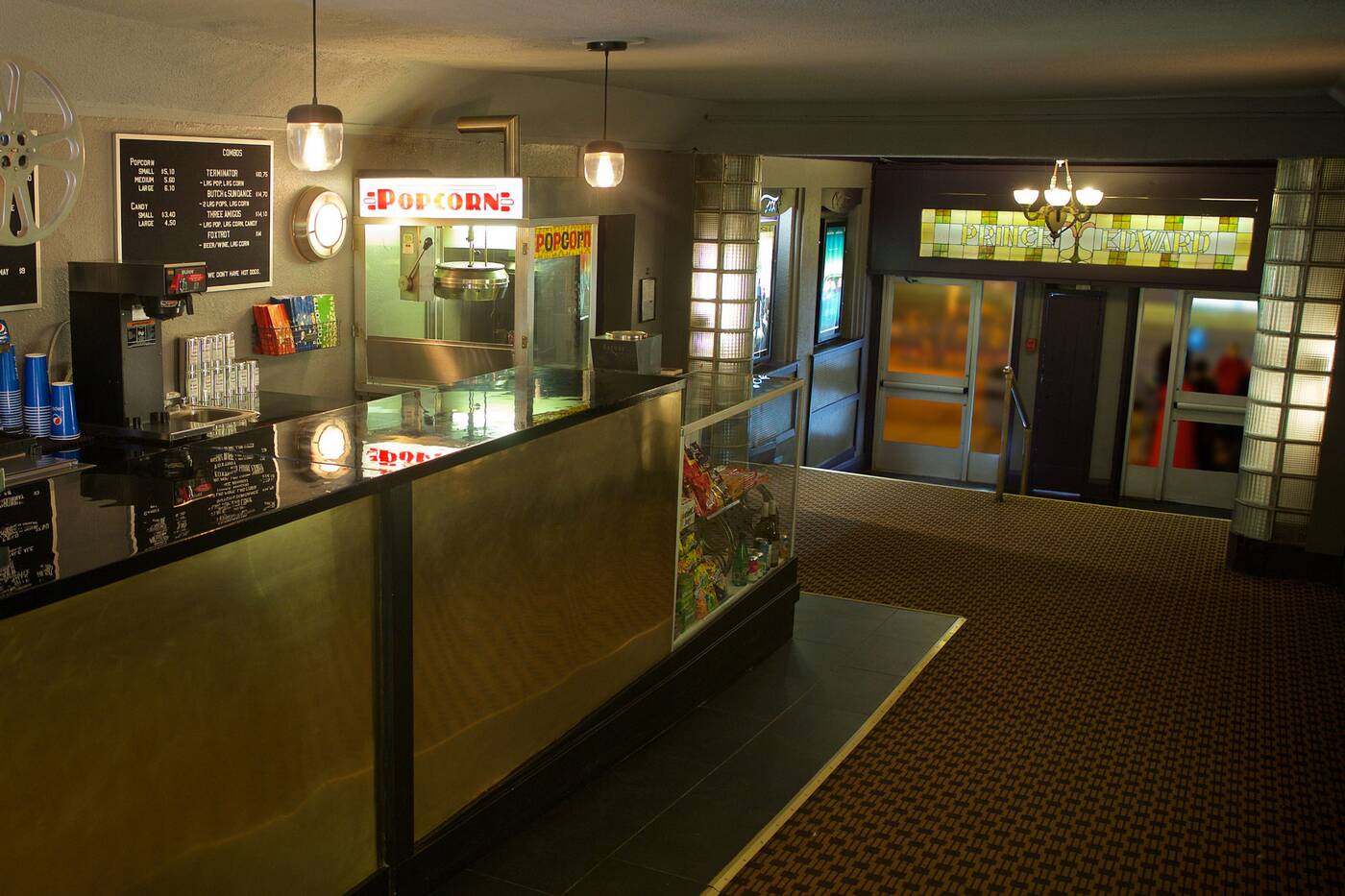 The Fox Theatre in the Beaches opened in 1914 and is purportedly haunted by a ghost. Photo via Fox Theatre.

"The left exit is where people get a feeling that they're not alone. It's very, very dark down there, where there’s a curtain there that covers the light of the emergency exit," says Fox Theatre's general manager, Kristal Cooper.

Even the current owners, who have run the theatre for the past 13 years, don't like being in that area, she says.

There's also a strange light that appears around the top of the theatre during private events — a reflection of some sort, whose source remains unknown.

Some can see it, others can't. Either way, it can't be explained, and those who do witness that strange glimmer of light feel it might be a presence of something otherworldly.

"When we're closing up at night, it kind of feels like something is walking you out."

The Fox Theatre, which opened as the Pastime Theatre in 1914, could be inhabited by anyone, really: the tormented soul of an old staff theatre, maybe, or a former resident of the apartments upstairs.

The owners of the theatre will soon find out, and have decided they might as well turn the séance into a fundraising opportunity.

To help cover basic costs like maintenance, the Fox Theatre (which has closed a second time for Stage 2) is running a lucky draw, where entrants can donate $25 for the chance to be present in the cinema while a medium attempts to communicate with the afterlife.

Winners will be able to bring up to five friends, and watch a private screening of a movie of their choice after the séance. Donations can be made until November 5.

In the mean time, you can support the Fox Theatre by hitting up their Saturday Front Door Concession Stand, which sells fresh popcorn, candy, and beer.