As the summer heat moved in and pandemic lockdown continued, a Parkdale couple has decided to host outdoor movie nights for their neighbours.

The idea was simple — put some chairs on the front lawn, invite the neighbours to watch (while practising physical distancing) and choose a movie.

“(We thought) maybe if we do a movie night, people may come by and join us just for the fun and not being cramped up in your house all the time,” said Parkdale resident Ami Kilner who set up the theatre with her husband.

The couple nailed a large white sheet to the top of the porch and weighed it down with a pole.

“It actually looks like a projector screen — we were kind of shocked by the quality that we are getting just from a bed sheet,” said Kilner.

Kilner said they had a projector and DVD player and a neighbour brought over speakers. They brought out a popcorn maker and showed their first film, the 1979 movie Alien, on June 6. 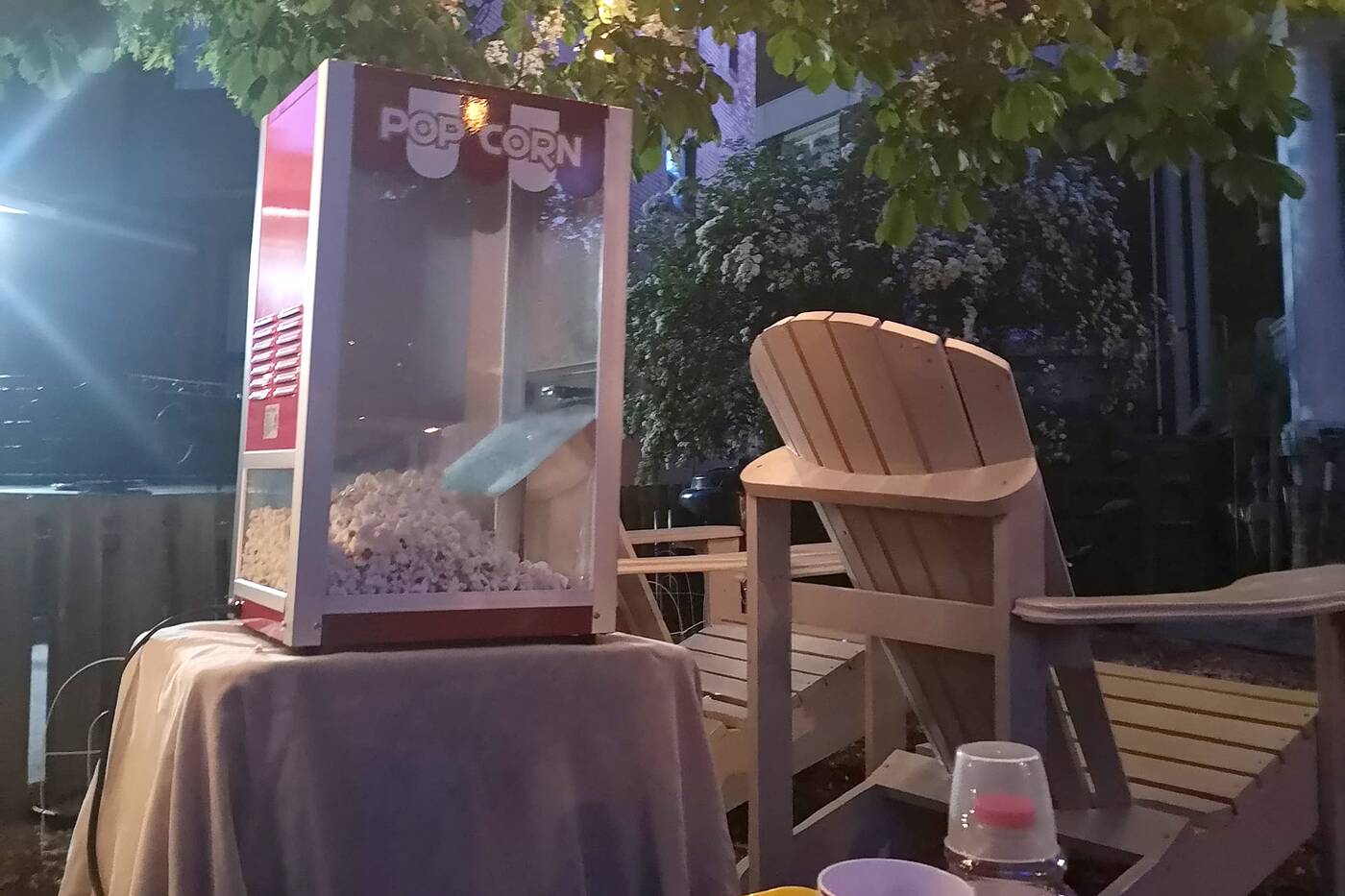 “It was supposed to be a simple thing of my husband and I watching a movie outside because we didn’t want to be inside anymore,” she explained.

As the film started rolling people couldn’t help but stop.

“At one point I looked behind (me)…and there are actually people behind us and on the other side of the street watching the movie,” said Kilner.

They made sure to talk with the neighbours before and kept the noise down.

“We don’t want to get noise complaints over this.”

Although they would like to show a kids movie, it isn’t dark enough earlier in the evening. For now, the screenings start at 9:30 p.m.

Kilner said they hope to continue the movie nights on the weekends until the lockdown ends. She hopes other neighbourhoods will try creating outdoor theatres.

"Based on our movie theatre, we encourage others to the same!"