Toronto's first YouTube Space is tucked away in alleyway near Richmond and Sherbourne (it's at 230 Richmond St. E., to be exact). And that's fitting considering it's part of the the George Brown College campus. 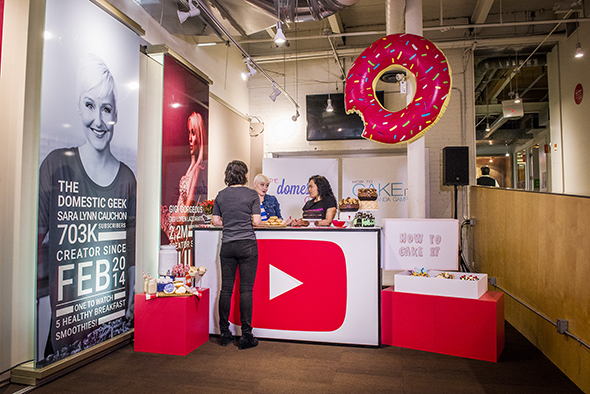 The 3,500 square foot facility gives YouTube creators a professional studio where they can access high-quality camera equipment - including 360 and virtual reality cameras - lights, a sound stage and sets. 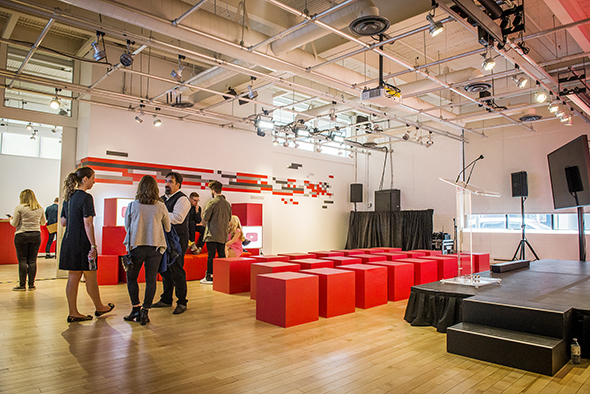 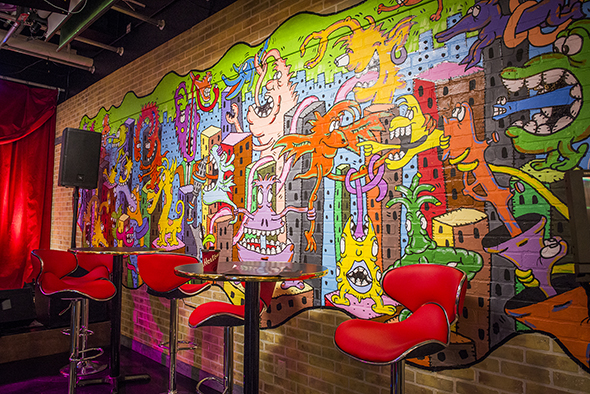 This pre-set room includes murals by Runt (you know, the artist who painted Lee's Palace) as well as various pieces of Canadiana kitsch, like old snowshoes and skis, which announce that this is indeed Canada's very first YouTube Space. 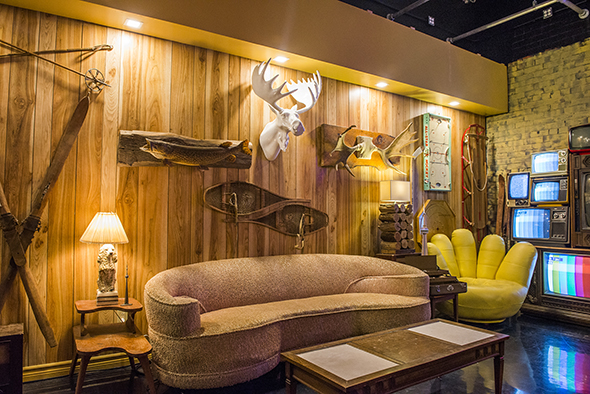 The studio will likely change its look quarterly, but at press time, it features a bar area, a concert stage and a cozy-looking couch area. 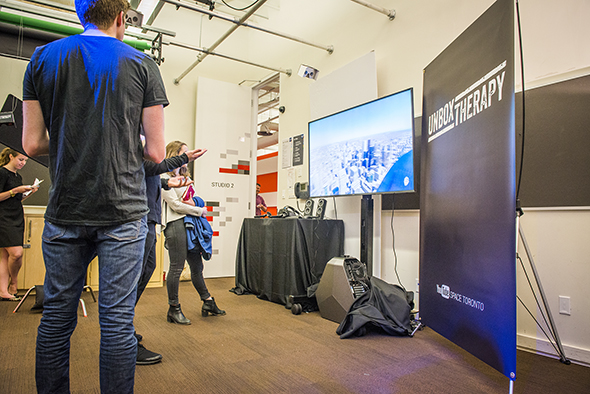 When I visit, Studio 2 is relatively bare, but it's filled with Google Cardboard goggles as well as VR (virtual reality) and 360 cameras, giving creators an opportunity to experiment with these emerging technologies and cinematic techniques. 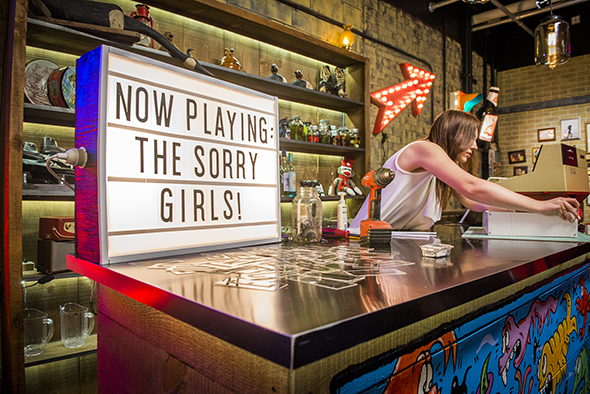 Creators with more than 10,000 subscribers can book out equipment and all of the sound stages and studios. However, even those with fewer followers can access the space and anyone can sign up to learn from some our city's most well known YouTubers at workshops and events. 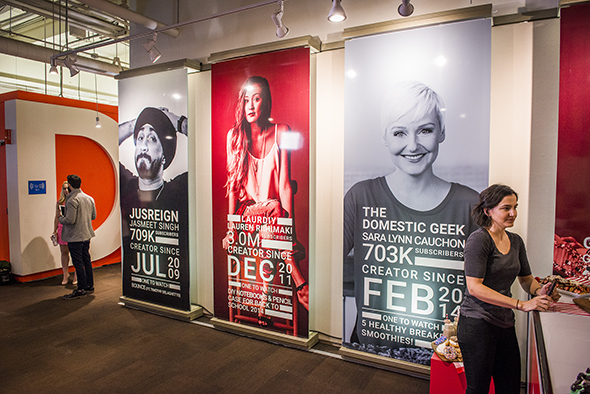 And Toronto is home to some pretty well-known YouTubers. Photos of JusReign (Jasmeet Singh), LaurDIY (Lauren Riihimaki) and The Domestic Geek (Sara Lynn Cauchon) line the walls and boast about their enormous followings. Instead of traveling to YouTube Spaces in cities such as New York or Los Angeles, local vloggers can now work from home and collaborate with one another. 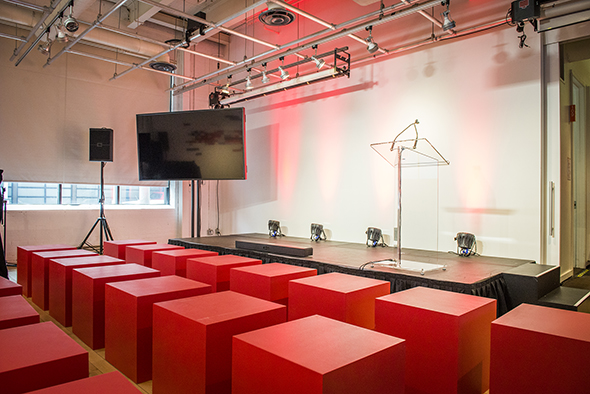 "This is amazing because we are all creators and we work in isolated situations throughout the city," says Greg Brown who runs the enormously popular 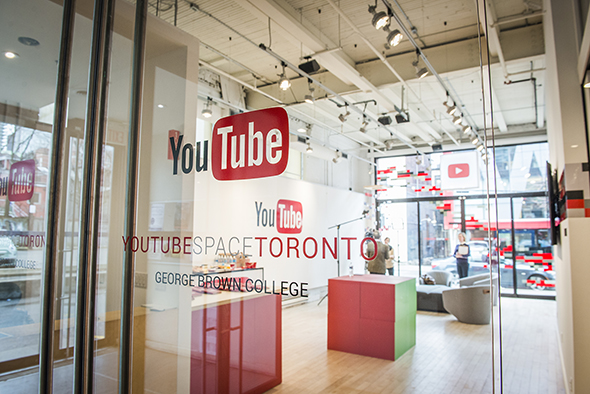 AsapSCIENCE channel along with Mitch Moffit. "But now," he continues, "there's a place where we can actually come together and hang out."

The history of the Mr. Dressup TV show and its connection to Toronto

Drive-in theatres are opening this weekend in Ontario