This Week in Film: Godard Forever, Robert Frank, and Stranger By the Lake

Ever since I moved to Toronto and began frequenting TIFF Cinematheque/Cinematheque Ontario in 2008, there has been nothing that would so reliably sell out a venue as a 60s-period Jean-Luc Godard film would. With TIFF's complete retrospective of the New Wave legend set to unfold throughout 2014, luck would have it that they've resigned to present his work chronologically, which is to say: yeah, you might want to get your tickets now.

Beginning with one of the boldest and greatest debut films of all time (Breathless), moving through one of the best movies about movie-making ever made (Contempt), and culminating with the bifurcated/bifurcating Weekend, which unofficially transitions Godard's cinema at its own halfway mark, ushering his narrative-driven tendencies toward philosophical treatises, hardcore Maoism, and formal experimentation, Godard Forever: Part One is set to showcase many of the most vital touchstones of 60s cinema.

The popular opinion will be that this first season of Godard's early glory days is the one to catch, and that the rest ought to be avoided, and this popular opinion would be severely misguided. The 60's are essential, yes, but largely because it provides the framework for cracking and comprehending his more challenging, rich, and dense mid-to-late period. Godard's entire filmography is a bottomless trove of ideas, intellect, and even beauty that one could pilfer forever. (#GodardForever, for those on the Twitter.) Whether the screenings in Part One of this invaluable retrospective are first-time encounters or revisits, they'll all play an important part in piecing together the complete puzzle over what promises to be an exciting year. 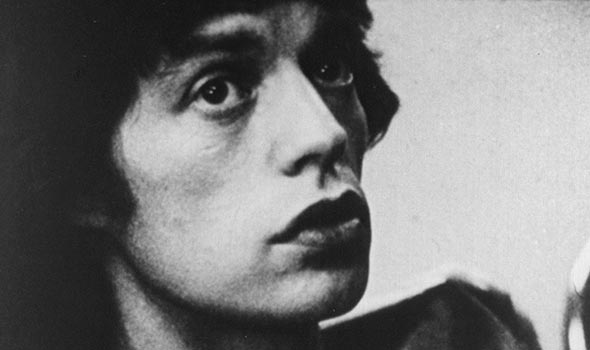 Banned from ever being screened anywhere unless Frank is present at the screening himself, Cocksucker Blues is a compilation of backstage and tour footage that amounts to a stream of delirious hedonism now steeped in nostalgia, whether you lived the late-60s/early-70s or not. By turns keenly attuned to the cultural zeitgeist in which he worked and candidly personal with his artistic vision, Robert Frank represents a bridge between pop culture and the avant-garde, and documentary and fiction, making this extended survey essentially unmissable for all audiences.

The Ekran Polish Films Association have organized this very special screening of the latest film from Oscar-winning Polish director Andrzej Wajda, Walesa. Man of Hope. The film screened at TIFF last September, this is a biopic of president Lech WaĹÄsa, who started out merely as a shipyard worker and electrician, but found himself leading a revolution that brought down a dictatorship. Wajda already "foresees trouble" when the film is theatrically released, making it all the more essential to develop sturdy international support to get behind the project.

Alain Guiraudie's Stranger by the Lake, which screened at both Cannes and TIFF last year, is, simply put, the best and most artful gay movie to come about in nearly a decade. (There's a reason why it topped last year's Palme d'Or-winning Blue is the Warmest Color to win Canne's Queer Palm award.) In perhaps the boldest depiction of cruising life to ever grace an art house screen, the French filmmaker draws up a mysterious, noir-ish romance like nothing you've ever seen before. Yes, there is a lot of penis in this movie, but it's there with a purpose; by working in the vernacular of "queer cinema," the film comes across as almost extraterrestrial. By the time the last lines of the movie are spoken (rather, yelled, into a pitch black summer night), you may be too stunned to breathe.

Lead still from Stranger By the Lake.