The best American film of 2013 was made by 36 year-old Boston native Andrew Bujalski, and that film was called Computer Chess. A mockumentary treatise on artificial intelligence and the complexity of humanity (and also, I guess, chess), it was a radically weird formal experiment that alienated as many spectators as it enthralled, representing a leap forward in the thematic ambitions of the mumblecore genre; traced back to early films by Jim Jarmusch and Richard Linklater, it's a movement defined by amateur actors, improvised line delivery, and naturalistic dialogue, and was inaugurated thanks to Bujalski's early work.

Bujalski will be present at both screenings for post-film discussions, so it'll be a great opportunity to gain a richer insight into the origins of one of the most singular cinematic voices of the 21st century so far. 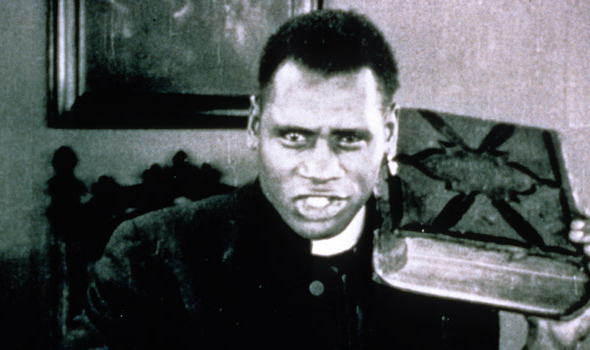 Among TIFF's best filmmaker retrospectives each year are their spotlights on African and African American directors every February in honour of Black History Month. This year, they've outdone themselves, offering a healthy offering of eight of Oscar Michaeux's best films. Micheaux was the first prominent African American filmmaker in cinema history, working from the silent era and well into the 40s, collaborating with screen giants such as Paul Robeson (in his fantastic Body and Soul), and coming out against D.W. Griffith's mammoth blockbuster The Birth of a Nation with his own response, Within Our Gates. From social realism to intense crime thrillers, there seemed to be nothing Micheaux couldn't do, which this retrospective does well in proving.

Only two years ago, the idea that a "film" festival would use the term "Digital" in its name (not to mention "Great") was, frankly, silly. By now, though, it seems downright redundant. 98% of the films at TIFF last September were digital, while Cannes ousted celluloid completely. There's no room left for cynicism when it comes to watching movies in theatres anymore; if you can't deal with digital, you'd best find a new hobby. In that spirit, let us then turn our attention to 32 years ago, when Tron (Sunday, February 2 at 3PM) set the stage for all of this. It's still the most digital film ever made (and also utterly spectacular), making it easily the least ironic motion picture in this years Great Digital Film Festival. For info regarding the others, check the festival's website here.

If Terrence Malick had ever attempted to make a movie about inner city kids and dirt bikes, it couldn't have been all that different from Lotfy Nathan's directorial debut, 12 O'Clock Boys. Revved up with languid and ethereal slo-mo footage of wheelies and joy rides, this was one of the highlights of Hot Docs 2013, for sure, its blend of energetic machismo and graceful, balletic motions making for truly beautiful results. It gets a bit bogged down in an imposed coming-of-age narrative, as 13 year-old Pug longs to grow up to be like his biker heroes, but that's just quibbling.