The "Ha" doesn't actually mean what you'd immediately think it means, but then it also kinda does, by which I mean this is one funny movie. Like a grown up, movie version of Lena Dunham's hit HBO series Girls, Noah Baumbach and Greta Gerwig's refreshing and sprightly film is both a compelling character study and a spot-on portrait of the essential spontaneity of life for urban twenty-somethings circa 2K12. Jobs are hunted for, attained, and lost; pay checks induce giddy prances in the street; and the concept of the "future" is entirely surrendered for the sake of getting situated in the present. More than anything, though, Frances Ha is a star-maker for Gerwig, whose Frances is one of the most alive characters the movies have seen in a very long time.

It hasn't been long enough since Spring Breakers hit Toronto screens for another rumination on pop culture miasma to again attempt to summarize our zeitgeist, though The Bling Ring's contemporary release does offer a case study in Korine's film's positives. Sofia Coppola fails largely because she set out to make a "good" movie, where Korine not only avoided that trap (perhaps without choice), but understands that the essence of Gen X culture is grounded in pure, visceral pleasures. The Bling Ring is without a single seductive image or montage in its entire 90-minute running time, and regards youth as idiots. Funny that such a self-consciously autobiographical filmmaker as Coppola can make something that feels so disingenuous.

To celebrate Pride Weekend, CineCycle's seventh "From the Vault" screening with present a 35mm print of Richard Benner's queer cult classic Outrageous!, a film shot in Toronto in 1977. The film tell the story of Robin, a "female impersonator" who rooms with a Liza, pregnant schizophrenic; drag shows and hysterics ensue. The film will be preceded by a few 16mm shorts (as is customary at CineCycle); entry is $5.

The Revue Cinema offers a monster movie retrospective this month with a full week of big names from the past century. Many of these titles will be screening later this summer in the TIFF's Blockbusters spotlight, but who wants to wait until late August? (or, rather, why only watch them once?) Featuring some popular new 3D post-conversions and director's cuts, this is great opportunity to let loose with some bona-fide popcorn classics, some of which perhaps screening in versions you may have never seen before.

Screening as part of Monsters Attack: 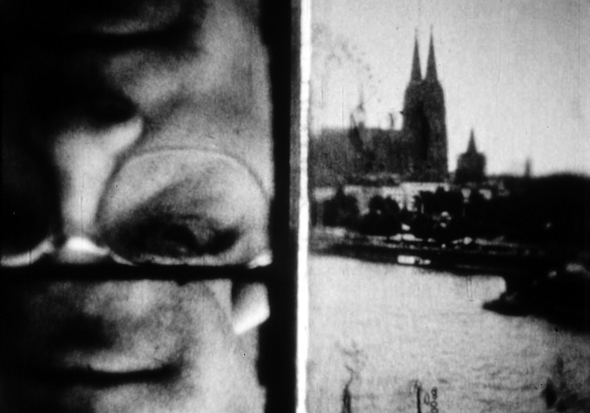 As new films - both avant-garde and conventionally narrative - become increasingly hands-off and digital, Early Monthly Segments use this month's screening to celebrate two boldly physical films from some of the medium's masters. Rohfilm (literally, "Raw Film"), made by Kรถln based filmmakers Wilhelm and Birgit Hein, is collaged from fragments of autoportraiture and foraged footage and propelled by Christian Michelis' aggressive proto-noise soundtrack, which makes for a visceral and relentless manifesto on film's pure physicality.

Elementary Phrases, on the other hand, is the first of three collaborations between Stan Brakhage and Phil Solomon, and "celebrates the physical in a strikingly different way. Composed of Brakhage's unique hand-painted film frames step-printed on Solomon's optical printer, [the film] expands on Brakhage's cascading handmade imagery by building extended patterns and rhythms out of loops of frames."

"Always Honest, Not Always Pretty," reads the slogan of the now eleven year-old festival, whose goal has always been to provide an exclusive showcase for women directors of independent cinema. Even when it feels like the world is slowly progressing in the fight to adequately represent women in cinema, we still have far too many present-day injustices that show how far things are from where they ought to be (e.g. the virtual absence of women in Cannes, the reality of which becoming more and more controversial lately), which just proves how necessary The Female Eye really is. For a full list of films and event, check out the festival website linked above.