This Week in Film: Like Someone in Love, Upstream Color, Images Festival, and Toronto Jewish Film Festival

In a way, Abbas Kiarostami's Like Someone in Love and his previous feature, Certified Copy, ought to swap titles. For his first film set in Japan (of all places), he sets his protagonist, Akiko, a female escort, through a hazy series of incidents that gradually escalates into the very first jump scare in his body of work. Along her journey to that point - always the meat of a Kiarsotami film - she is repeatedly told that she looks like someone else (the woman in a painting, the girl in her client's framed photograph (who I assume is someone he loves), and even the flyer for her escort service (which, of course, actually is her, though her boyfriend and grandmother merely think it's a look alike).

If I'm evading a plot description, it's because the film proceeds along a course of actions that could hardly be termed a plot (there is either only one act, or dozens); it's more a film about essences, to be vague yet accurate. Not to spoil the film in the least, it ends the moment an aged professor - a client, lover, grandfather, and protector in the film - becomes most inadequate in his responsibility to keep Akiko safe, and it might be the angriest ending to a film all year. Evoking the feeling of a dream that evolves into a nightmare over the course of a nice afternoon nap, Like Someone in Love is unlike anything movie theatres have seen in quite some time - a truly weird and often heavenly film.

It really shouldn't have taken nine years for director Shane Carruth to follow-up Primer, the most realistic and therefore most alienating time travel film ever made, but that's the way the film economy works these days. After some false starts, etc., we have Upstream Color straight from Carruth himself (embodying a true indie spirit by literally making and distributing everything himself), a wonderful film best described briefly and elliptically: A thief, worms, indigo, Piglet, rivers, lovers, projectiong, Walden, sub-woofers. To fill in the blanks and find an order, you'll have to (or rather, get to) see the film.

No rep cinema this week, thanks to Images, TIFF Kids, Cinefranco, and Toronto Jewish Film Festival using all the screens in the city. Attend those awesome festivals and get back to the oldies in a few weeks. 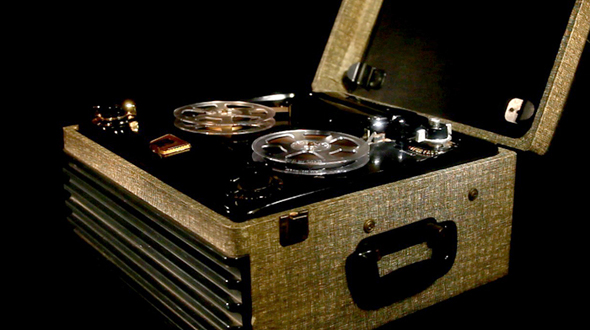 Images Festival, North America's most expansive film/art event, returns for its 26th with a bang this weekend, kicking off with a collaboration so mind-blowing I'm still not entirely convinced it's actually happening (i.e. Tim Hecker + Robert Todd at St. Anne's Anglican Church, Thursday, April 11 at 8PM). And the embarrassment of riches only begin there. Other highlights include John Torres' new feature, Lukas the Strange (Sunday, April 14 at 9PM), which has drawn comparisons to Apichatpong Weerasethakul and Guy Maddin, and a retrospective of the works by Althea Thauberger (Friday, April 12 at 6:30PM).

There are plenty of shorts programs not to be missed, either, including mmNemonic DVices (Saturday, April 13 at 10:30PM), which I co-curated and features twelve shorts all by Toronto-based filmmakers, a program of student work titled Borders/Bodies (Monday, April 15 at 6:30PM), and Rhythm and Reflection (Monday, April 15 at 9PM), which includes stellar short by Scott Stark, Kevin Jerome Everson, and Elizabeth Price, among others.

Which doesn't even list a third of the On Screen programs, let alone all of the art installations happening all over the city, the artist talks and guest speakers, the live performances (Jodie Mack's got a great one called Dirty Stacks of Mom: The Poster Project happening at CineCycle on Friday, April 19 at 10:30PM), or the opportunities to screen your own videos and films at the Open Screening! Too much. All On Screen programs will take place at Jackman Hall, but check their website for specific information on art shows, etc.

Is film what Jews do best? To find out, you'll have to attend the Toronto Jewish Film Festival, now in its 21st year and once again offering a fresh slew of films celebrating Jewish culture, politics, struggles, history and identity. With nearly 100 films from over a dozen different countries, TJFF has something for everyone - Jewish or otherwiseserving up a diversity of genres, content and styles from all over the world, including hot titles pulled from Cannes (Aliyah), last year's TIFF (Fill the Void) and the silent film archives (Oded the Wanderer, which will include live piano accompaniment!).

This is another festival that is spread out across various venues throughout the city, so check dates, times, titles, and locations on there website. Tickets can be purchased online here for a $1 convenience fee, or also at the venue on the day of the screenings.