The Titanic 3D-ification that hit screens almost exactly a year ago to the day was apparently successful enough to warrant another blockbuster 'upgrade,' and I suspect there are many more where these came from. Perhaps Spielberg's most consistently thrilling film (it at least has the most jump scares), it's not much of a mystery as to why Jurassic Park is getting the post-conversion treatment. I'm not going to pretend I understand how older movies can even be adapted to 3D - at least with Pixar animations one can imagine them just adding another camera for the additional perspective - but whatever: giant prehistoric reptiles jumping out the screen into your face, ladies and gentlemen.

Inception, The Fountain, and Three Times - and that's just looking at the last eight years to find films whose structures were spawned from this, D.W. Griffith's greatest epic. Only a year after The Birth of a Nation raised a glass to slavery, Griffith toned down the (contemporarily accurate) hate and shifted his focus to a grander historical narrative, or rather, the way narratives never really change through time - only the superficial particulars do. In that sense, this may be one of the most damning inquiries into humanity ever attempted, all the more admirable because it does it without a surfeit of KKK propaganda. 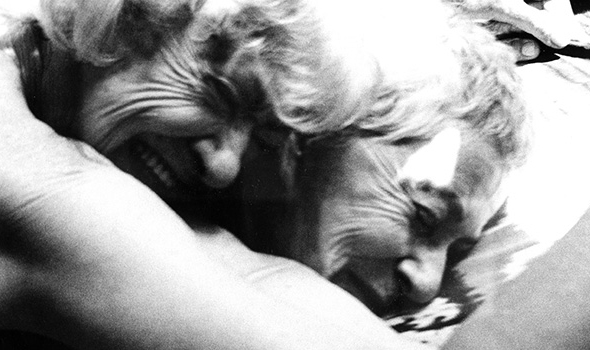 As a preamble to the Images Festival kick-off next week, The Free Screen at TIFF Bell Lightbox offers an exciting, rare, and extensive retrospective of one of the most internationally well-known and pioneering female avant-garde filmmakers ever, Barbara Hammer. Highlights from her 45-year career are all represented, "from her very first Super 8 psychodramatic self-portraits, to her mid-eighties experiments with the abstract possibilities of the optical printer, to her later documentaries that attempt to trace a queer artistic lineage through the political and artistic turmoil of the early twentieth century." All six film programs are free, while a special performance of Witness: Palestine at Jackman Hall is $6.

Oh là là, etc., another year of Cinéfranco has arrived, bringing Toronto cinephiles local premieres of the hottest French films from the past year. While, based on this year's line-up, the past year doesn't seem to have been a particularly good one for the cinéma français, there is a trio carried over from last year's Cannes film festival that are all worth your time and money.

Camille Rewinds offers a clever twist on the tired 13 Going on 30 scenario; Les Invisibles is a poignant trip down memory lane for a handful of octogenarian gays and lesbians, recounting their experiences growing up in front of the camera; and Our Children is a brutally realistic drama about a woman who, along with her three children, suffers the consequences of having one too many domineering men in her life. Tickets ($12 Regular/$10 Students/$8 Under 18) are on sale now here.

TIFF Kids International Film Festival (formerly went by the name of Sprockets, but last year split into two - the other being TIFF Next Wave, which took place last February) offers a narrow scope of titles targetted at an age range from 3 year-olds to the early teens. The festival is the perfect cinematic relief to kick off the Summer break, and takes place entirely at the TIFF Bell Lightbox. A highlight in this year's festival - and one of the few titles that parents might end up enjoying more than their little ones - is Ernest & Celestine (see trailer above), a funny and moving tale of the relationship between a mouse and a bear. Regular ticket prices apply and can be purchased online or at the box office.

The Place Beyond the Pines was the hottest ticket at TIFF 2012 so we're excited to announce that we've teamed up with eOne Films to give you a chance to be at an exclusive advance screening of the film for blogTO readers only! This riveting new movie from the director of Blue Valentine is a sweeping emotional drama, powerfully exploring the unbreakable bond between fathers and sons.

View all the contest details here for a chance to win passes to the screening as well as prizes courtesy of TIFF, the Trump Toronto and STOCK Restaurant.