This Week in Film: Hot Docs, The Pirates! Band of Misfits, Warriors of the Rainbow (Seediq Bale), The Last Laugh, what's new on DVD and BluRay

I was about to toss this off into the 'throwaway, caters-to-kids, capitalizes on Pirates of the Caribbean pile, until my eye caught sight of a key familiar name: Peter Lord. A producer on the wildly popular and hilarious and charming Wallace and Gromit series, Lord was also the co-director of 2000's Chicken Run. Which is all to say that this has now replaced the new Pixar Shrek-ripoff as my most anticipated animated film of the year. The film itself is about how 'The Pirate Captain' - an actual character's name - sets out on a mission to defeat his rivals Black Bellamy and Cutlass Liz for the Pirate of the year Award. Yeah, sold.

Coming in from it's dual premieres at last year's TIFF and Venice FIlm Festival, Warriors of the Rainbow: Seediq Bale "tells the story the Seediq people, shedding light on their struggle to preserve their land and way of life... With a cast of 15,000, this is a monumental war film set against a stunning backdrop of lush forests, raging rivers and mist-draped mountains. While weaving the perspectives of multiple generations into this singular moment of organized resistance, [filmmaker Wei Te-Sheng] refuses to create simple heroes, choosing instead to focus on the complexity of the Seediq warriors and their beliefs."

ALSO IN THEATRES THIS WEEK 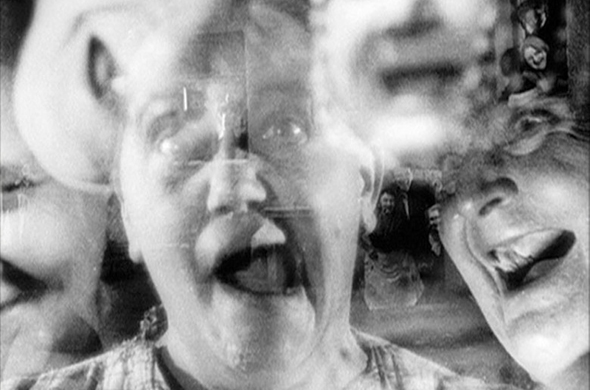 (Sunday, April 29 at 4PM, Revue Cinema)
Before Polanski's Carnage or Nichols' Who's Afraid of Virginia Woolf?, there was Kammerspielfilm, which basically translates to 'chamber drama.' This blip on the German silent timeline may not have lasted very long, but it certainly has its share of classics, not least of which is this here F.W. Murnau masterwork, The Last Laugh. Reading like an early predecessor to the Italian Neo-Realism movement, Murnau's film follows the life of a doorman who has just lost his job, detailing the scorn he receives from his peers. If that isn't enough to sway you, it's also nearly intertitle-less, relying entirely on the actors' movements and expressions and Murnau's mise en scène and montage to communicate the narrative and humanity. Hot Docs Day 4, you've just been bifurcated.

We have a run-down on some of the must-see new documentaries in this year's festival here, but let's talk about the oldies for a minute. One of the best parts of Hot Docs is their attention to retrospectives. Compared to TIFF, which now programs exactly one old film in the entire festival, Hot Docs has an entire sidebar dedicated to rep screenings - this year titled Documentary Plays Itself, giving a nod to avant-garde filmmaker Thom Andersen's included doc Los Angeles Plays Itself. Along with Andersen's film, Agnès Varda's latest and hopefully not last journal film The Beaches of Agnès, Left Banker Chris Marker's portrait of Akira Kurosawa A.K., and William Greaves' deconstruction of cinéma vérité Symbiophsycotaxiplasm: Take One will be among the best films playing in the entire festival.

In Addition to the aforementioned sidebar, there are also retrospective programmes for Canadians John Krastner and Michel Brault. Recipient of this year's Outstanding Achievement Award, Brault will continue the festival's theme of investigating cinematic truth and realism by having two of his features and a trio of his short films screened. Given these themes, it's very à propos that one of the two features (Les Ordres) isn't a doc at all, but rather a dramatization of 50 interviews relating to their experiences in the incarceration of 465 civilians during the 1970 October Crisis. The other feature, Pour la suite du monde, sees a small Quebec community attempting to reacquire their ancestral skills in beluga whale hunting. Provoking themes of modernization, identity, and the ambivalent reversion inherent in culture, this is a seminal work in the Direct Cinema movement.