This Week in Film: Once Upon a Time in Anatolia, Undefeated, Norwegian Wood, George Kuchar, Don Hertzfeldt, DVD and BluRay

Once Upon a Time in Anatolia (TIFF Bell Lightbox)

Everyone knows that Turkish delight Nuri Bilge Ceylan is a big deal, but nobody really knew how big until he dropped a bomb in Cannes last May in the form of Once Upon a Time in Anatolia, a film that instantly puts his name into 'legendary' status. While the film feels like some kind of cosmic art house joke during its languid first half, this deliberately plodding police procedural builds to something beyond what words can adequately describe, which is ironic, since the film has so much to say about the way our afterlife is ultimately doomed to the textual stasis of historical data, autopsy reports, and old wives' tales.

No film so far released in 2012 has been a better argument for a full, big screen theatrical experience â its soundtrack of soul-rattling thunder ominously rolling in the distance, the gradient of its night-to-day structure mimicking the cleansing nature of a sunrise, albeit only on the most cynical morning in the history of the world. Truly not to be missed, just so long as you go in well-rested.

Come on, hands up if you didn't know this was going to take home Oscar gold last weekend. I'm just as surprised as anyone else, and the serendipitous timing for its theatrical release suggests that the stars were some kind of aligned from the day it premiered at TIFF last September (speaking of undefeated...). Unsurprisingly, this isn't just your run-of-the-mill nonfiction incarnation of Friday Night LIghts. Director Dan Lindsay TJ Martin is able to unveil details of the high school football system as keenly as if it were observed by master documentarian Frederick Wiseman. Among the thrilling and heart-warming bits that you knew you had signed up for, it also manages to pinpoint something much more essential to the environment; namely, the augmentation of adolescent masculinity, and how it varies among the individual team members.

It caught my attention with Anh Hung Tran (The Scent of Green Papayas), sold me with Johnny Greenwood (Radiohead, score for There Will Be Blood), and then got me to commit to a day-one ticket with the one and only Haruki Murakami. Sadly, Norwegian Wood didn't really live up to the potential that it seemed to show on paper. Murakami's signature surreality takes a back seat here for a stolid account of protagonist Toru's romantic past. Like any literary adaptation, the author's prose is sorely missed, but a filmed adaptation will often save itself with a singular dramaturgical flare or a directorial style that compliments the material in uncanny ways. Unfortunately, 'canny' is really all that can be said for Tran's translation, which is an airy and limp experience that barely manages to pass the time. 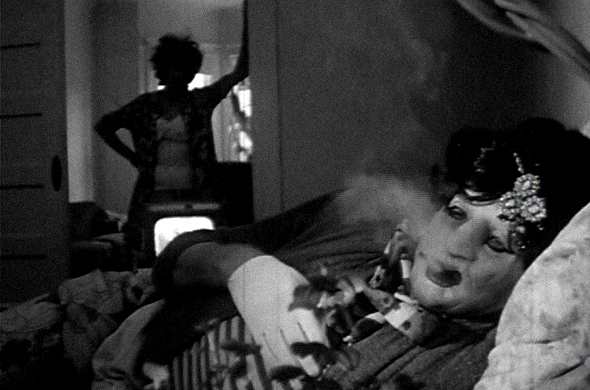 The late George Kuchar, whose amazingly prolific career came to an abrupt end last September due to cancer, was a bit of an outlier in the avant-garde world, in the sense that he, more than anyone else in the genre (maybe even combined), utilized camp, melodrama, and farce to touch on staple themes of death, illness, and aging. Part of his work's charm came from the spirited production methods, which more often than not called on the talents of the students in his courses at the San Francisco Art Institute, where he taught for 40 years.

Most of the appeal, though, is pure Kuchar: his trademark sense of humour, the tinges of autobiography laced through the garish narratives, and his belief that no idea is too ridiculous to try. This memorial screening kicks off at 7pm with three of his final video diaries (a common form for his work), and at 9pm there will be a screening of a newly restored print of his iconic film The Devil's Cleavage. Tickets are $8 per screening, or $12 for both.

TAAFI presents An Evening with Don Hertzfeldt (Monday, March 5 at 7PM, The Royal) 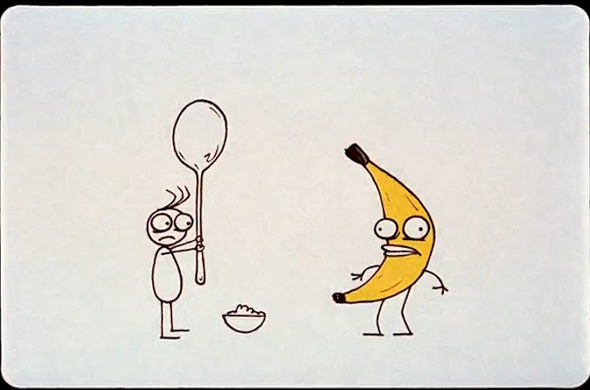 Toronto Animation Arts Festival International (TAAFI) is hosting a very special evening with cult animator (not to mention Academy Award-nominee), Don Hertzfeldt. "The popularity of Hertzfeldt's work is unprecedented in independent animation. His latest film, the third chapter of his 'Everything Will Be OK' trilogy [It's Such a Beautiful Day], was recently featured as one of 32 films (of 4,083 submissions) at the Sundance Short Film Program this past January. Hertzfeldt has had more films play in competition at the Sundance Film Festival than any other filmmaker and is the youngest filmmaker to ever receive the San Francisco International Film Festival's Persistence of Vision Award."

This event will feature screenings of the entire 'Everything Will Be OK' trilogy, and will be followed by a live on-stage interview and audience chat. As this will be the only Canadian tour screening of the film, snoozing will indeed mean losing. Tickets are $15 and can be purchased in advance here.

Still from Once Upon a Time in Anatolia