This Week in Film: Tomboy, Shame, Surviving Progress, The Hart of London, The Hammer, Carl E. Brown, Tribute to Tagore, and what's new on DVD and Blu Ray

For anyone who has seen Lasse HallstrÃ¶m's lovely film My Life as a Dog from the mid-80s, Tomboy is essentially a magnification of that film's character Saga, a pre-teen girl who pretended to be a boy for as long as she could so that she could continue to play soccer. Saga inevitably ended up as a straight character (at least as drawn within the events of that film), while here in CÃ©line Sciamma's Berlinale hit, the central character Laure/Mikael is given the chance to explore her youthful sexuality. One of the more tender coming of age dramas to hit cinemas in some time, this is a quiet classic in the making that will age very well over the years (it could be accurately called the spiritual cousin of Lukas Moodysson's brilliant Show Me Love). A must-see.

One of the most hotly anticipated arthouse titles of the year is finally hitting screens this weekend after it fared incredibly well during TIFF. Steve McQueen, who directed the paralyzingly intense Hunger, follows up his debut with another film about Michael Fassbender's body; as opposed to the former film where the conflict is over what doesn't go into his body, here we contemplate what it goes into. It's steamy enough to warrant a rare NC-17 rating in the US, and that's almost certainly attributed to the amount of Fassbender genitalia and buttocks on display (if that doesn't sell-out the house, I don't know what will these days). Light on intriguing or complex ideas, the film is ultimately pretty hollow and conservative in its worldview, but at least it's occasionally pleasant to ogle.

The key word being 'surviving.' This new documentary - another TIFF 2011 alum to open this weekend - looks at the idea of progress with a keen ambivalence that is entirely relevant to our current global frame of mind. Directing team Mathieu Roy and Harold Crooks tackle in their film the key question - which perhaps not coincidentally is also the primary theme of the best science fiction films: Is technological ascension running alongside a cultural descension? Drawing out correlations between past, ancient civilizations that likewise rose and fell, victims of what the film labels 'progress traps,' what we ultimately end up with is a damning and pessimistic quasi-horror film, suggesting that we're not so much climbing toward the top of a mountain as much as we're merely circling its mid-point. 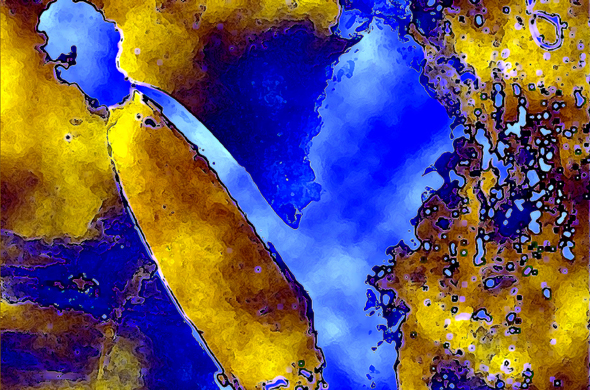 Two nights after a programme of work made by the Loop Collective's own members closed out this season of TIFF Bell Lightbox's The Free Screen, they'll close out their own 2011 slate of events with this spotlight on Carl Brown. Known as 'the visual alchemist,' Brown has spent the last three decades of his career "tinting, toning, reticulation, stacking, bleaching and hand-processing film to generate crystalline forms and configurations of light and colour that are entirely unique." Friday's programme will include two films: the Toronto premiere of his new, dual-screen work Memory Fade, and a look back at his 1990 feature-length Re:Entry. This is a rare opportunity to see some of the finest and most vibrant hand-processing work in cinema today. Admission is Free, although donations are graciously accepted at the doors.

As part of a fundraiser for ASL-Phabet Animated Dictionary for Kids!, the Royal Cinema will host organizers Deaf Culture for a special screening of The Hammer. The coming-of-age drama is based on the life of UFC fighter Matt Hamill, the first deaf wrestler, as he went on to win a National Collegiate Championship. Hamill was the only deaf resident in his small town of Loveland, Ohio, and the film tracks his journey to gain acceptance from his community and to conquer his physical limitations. There will be a Q&A after the film with director Oren Kaplan; Advances tickets can be bought for $15 here; doors open at 8:45PM. 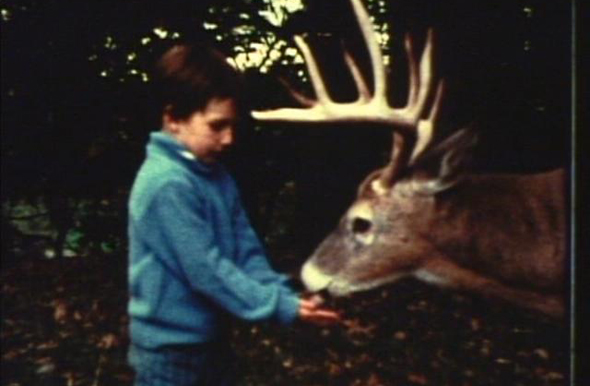 This month, Early Monthly Segments will be showcasing what is likely their most exciting screening of 2011: Jack Chambers' The Hart of London. It's no coincidence that this falls on the eve of the AGO's Jack Chambers retrospective opening to the public, and it tidily follows up the series' November programme, which grouped Chambers' short film Circle with films by Smithson and Holt. This ambitious 80-minute sprawl of a film permanently linked Chambers' name - at least among the avant-garde community - with the medium of film (not unlike how Michael Snow's Wavelength initiated a drift in discussions away from his paintings or iconic Walking Woman works). Composed of stock TV footage, this uncompromising film braces for the downfall of civilization via an unfortunate incident involving a hart (a male Red Deer) in London, Ontario. In it's own way, it is the quintessential Canadian experimental film. $5 suggested donations are graciously accepted at the door.

Pomegranate Film Festival
Check out our extensive preview of the festival here. Runs December 1-4 at The Regent and the Hamazkayin Theatre. 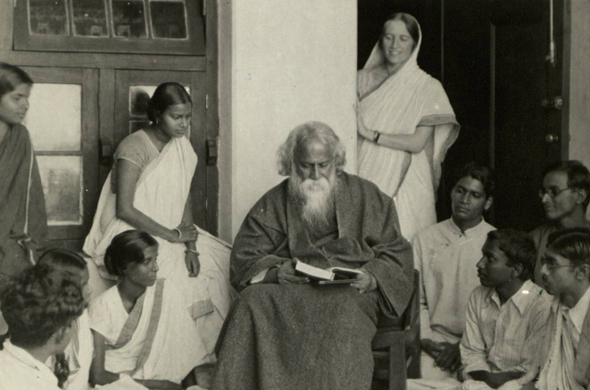 This weekend at Innis Town Hall, there will be a special two-day celebration of the 150th birthday of Rabindranath Tagore. The stories by the legendary Bengali writer and musician were frequently adapted to the screen, especially by none other than Satyajit Ray (Ray's documentary Rabindranath Tagore, made in 1961 to celebrate his centenary, will open the festival on Saturday at 12:30PM). TIFF alumni Rituparno Ghosh (Choker Bali: A Passion Play) and Buddhadeb Dasgupta (Janala) will have Canadian Premieres of their new films screened over the weekend as well. Tickets are $10 per day, or $15 for both days; check the website for further details.

The Criterion Collection is bringing two classics from the 1930s to blu-ray this week. Ernst Lubitsch's Design For Living is chronologically sandwiched between what are commonly considered his two greatest films, Trouble in Paradise and The Merry Widow, but a strong case can be made for this under-appreciated riot about a trio of artists who decide to live - and love - together as equal to those. The other title is one of Hitchcock's many classic thrillers, The Lady Vanishes, which has inspired films such as Otto Preminger's Bunny Lake is Missing and the Jodie Foster vehicle Flight Plan. What happens when a young woman notices that an old lady has seemingly vanished from her train? Pure insanity, that's what.

Another company that's been releasing some solid editions of classic films — albeit ones that are much more obscure than Criterion's selections — is Olive Films. Already released on DVD last summer, they'll be bumping Rainer Werner Fassbinder's Despair to a blu-ray edition this week. Not exactly obscure, but certainly esoteric, is Jean-Luc Godard's Histoire(s) du cinÃ©ma, a mini-series of sorts that narrativizes just about the entirety of cinema history and took about a decade to complete, will make its long-awaited DVD debut. Finally, Turkish filmmaker Semih Kaplanoglu's Yusuf Trilogy, comprising Yumurta [Egg], Sut [Milk], and Bal [Honey], will be hitting shelves in its completed form. The first two entries (Egg and Milk) both played at TIFF in their respective years, while the Golden Bear-winning Honey was mysteriously absent from this year's festival. Now is the chance to finally catch up with these gems in a single go.