Habs jerseys come out for A Dangerous Method

Saturday's TIFF press conference for gala selection A Dangerous Method was a homecoming for celebrated Toronto director David Cronenberg. An adaptation of Christopher Hampton's stage play The Talking Cure, A Dangerous Method tackles the collaboration and subsequent estrangement of Carl Jung (Michael Fassbender) and Sigmund Freud (Viggo Mortensen), the most prominent pioneers of psychoanalysis. The film also illuminates the under-appreciated contribution of Sabina Spielrein (Keira Knightley), a patient turned analyst whose affair with Jung precipitated his break with Freud.

The interview panel included Cronenberg and Hampton, producer Jeremy Thomas, actor Sarah Gadon, as well as Mortensen and Knightley, who arrived on stage draped in Habs jerseys. Mortensen, a Canadiens fan, explained the gesture as a gentle needle at Leafs lover Cronenberg, with whom he's enjoyes a close working relationship (the duo have previously collaborated on A History of Violence and Eastern Promises. 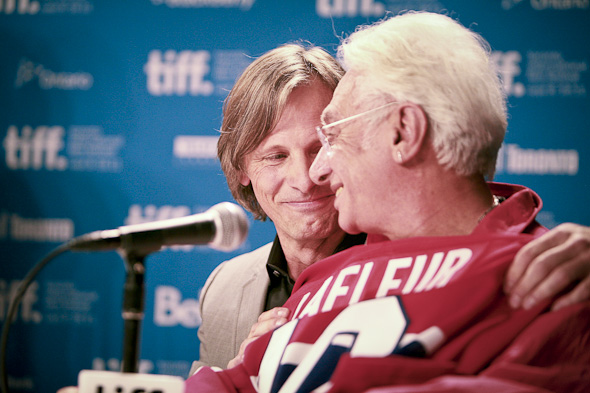 If Cronenberg and Mortensen remain on good terms, the same certainly wasn't true of Jung and Freud, who fell out in dramatic fashion. Mortensen explained that Cronenberg had sought to tap into the human elements of a schism that a less assured director might have rendered dull, or overly academic. "I think that the movie works because it doesn't get bogged in trying to be academic. It is academic, it's well researched, based on the work about Spielrein and Freud and Jung, using the letters largely between them", he said.

"The academic value is there; the purpose is to tell an entertaining story that's fun to watch, that's interesting to watch." "In the end, it wasn't about academic differences, it was about personality differences and misunderstandings, things that can happen anywhere, at any time. That's what's dramatically interesting about it." 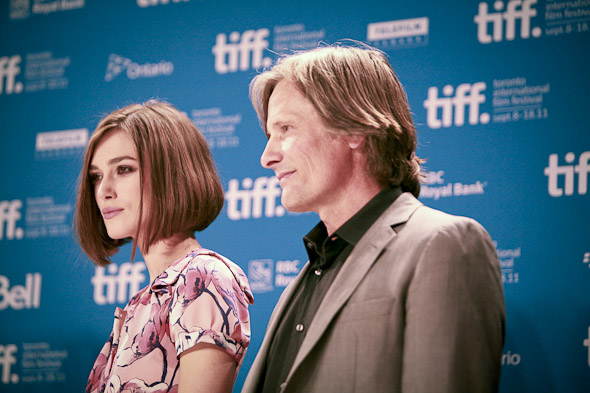 Knightley spoke about the challenges of embodying Speilrein, a character who is both highly intelligent and, initially, deeply troubled. She explained, "I think very often when you play characters there are certain threads that link you; emotionally you can understand what the person went through. With this one I had no frame of reference, but that was what was fascinating and exciting about it." "It really was a question of trying to find logic in what was perceived from the outside to be madness." 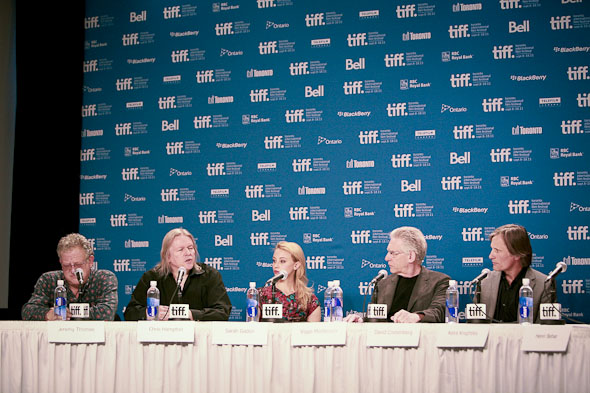 On tackling a biopic, Cronenberg discussed the appeal of resurrecting historical characters in a manner that was true to their virtues as well as their vices. Mortensen added that he appreciated that the film doesn't varnish over the degree to which Freud and Jung where driven by their egos. 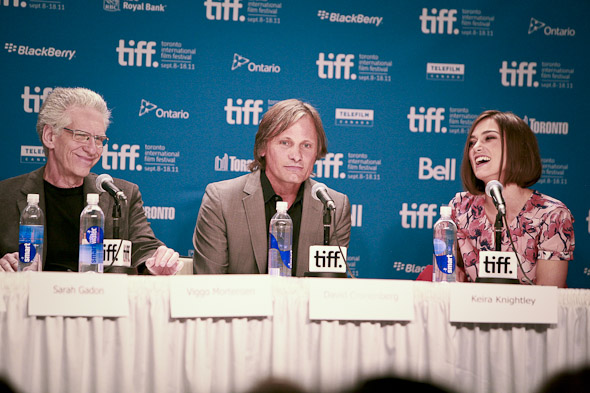 The one conspicuous absentee from the conference was Fassbender, who stayed on in Venice to collect his best actor prize for TIFF selection Shame - an accolade that will surely do his ego no harm at all. 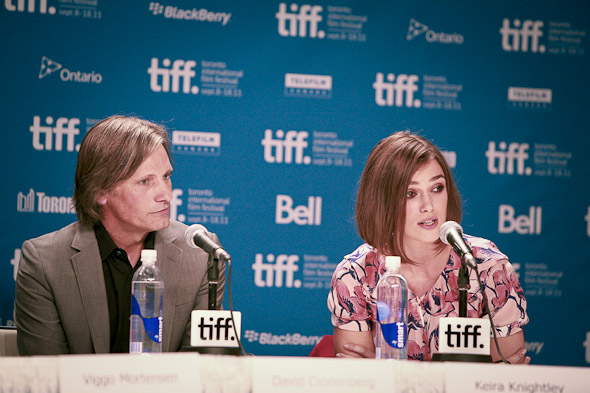 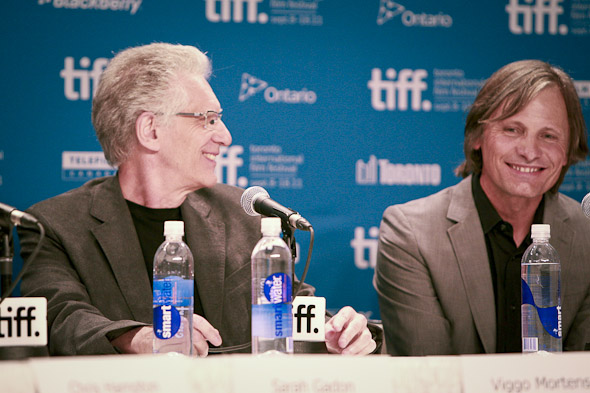 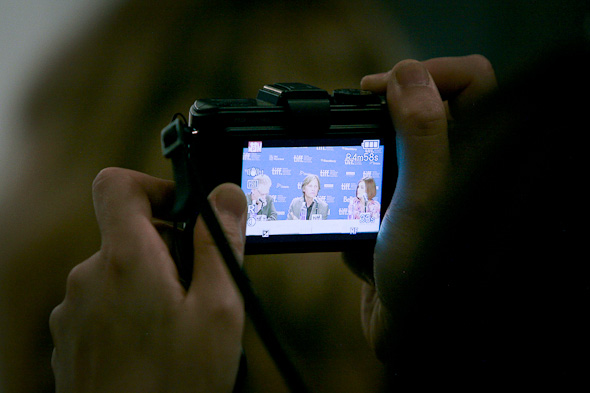