The Toronto Underground Cinema held its grand opening on Friday night at The Acacia Centre (See our initial post on this new cinema back in January). Screening a free double-bill from the mid-'80s, the whodunit Clue and John Carpenter's Big Trouble in Little China, seemed appropriate since the indie theatre's decor still has that certain '80s retro chic aesthetic. 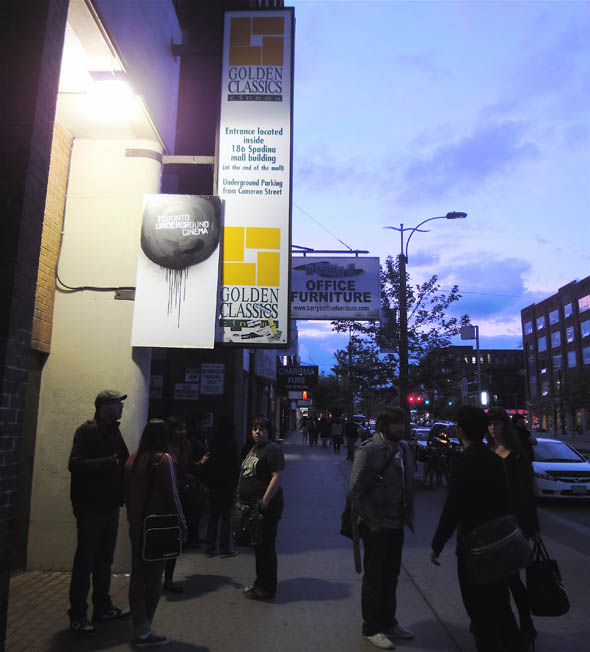 The 706-seat movie theatre is tucked away literally underground at the back of a mall hallway that you enter at 186 Spadina Ave., just north of Queen Street.

The tall sign for Golden Classics Cinema is still there, with its big yellow G in the form of a camera aperture, but it's been about 10 years since its last regular screenings. Unless you count Bjork's Volta誰c: The Volta Tour Live In Paris and Reykjavik that screened there in January, as part of the Images Festival. 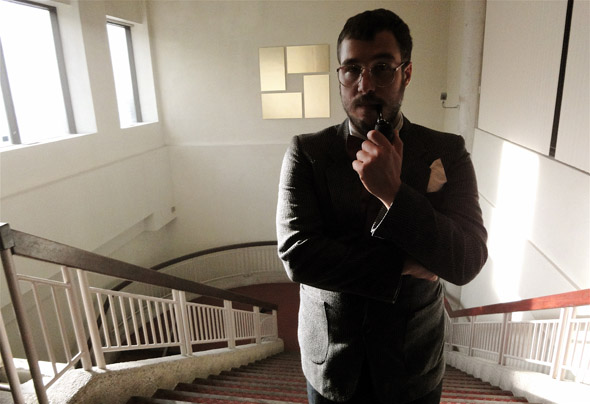 Once inside the mall entrance, you need to make your way westward, along a dingy, narrow corridor, past a few confusing Chinese signs until you reach the entrance -- or see the line-up. 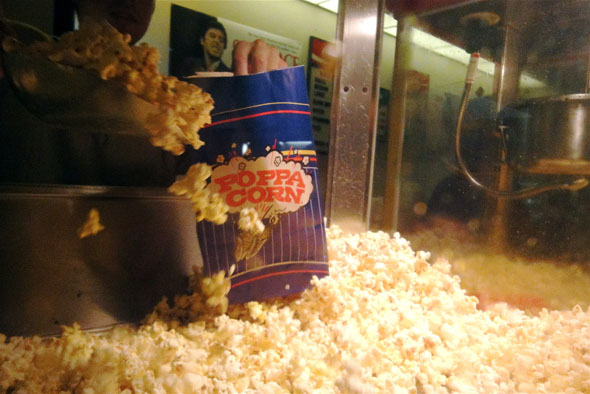 Fresh popcorn awaits you at the concession stand, beneath the winding staircase that takes you down to the sparse theatre itself. There's still old Sprite and Coke signs, but the concession prices aren't as retro. 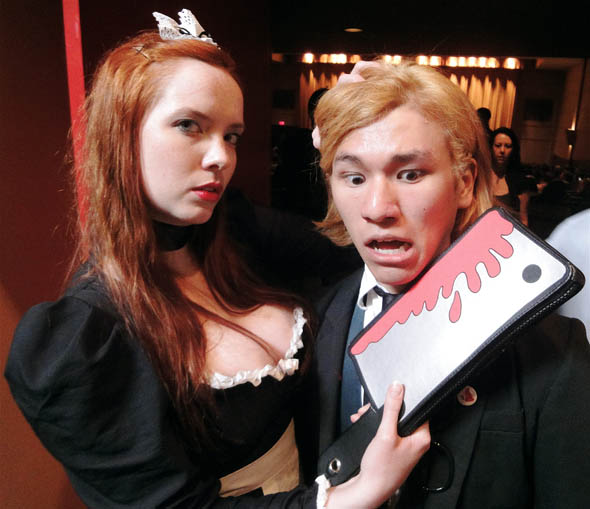 Underground Cinema staff dressed the part of characters in Clue for the first movie. 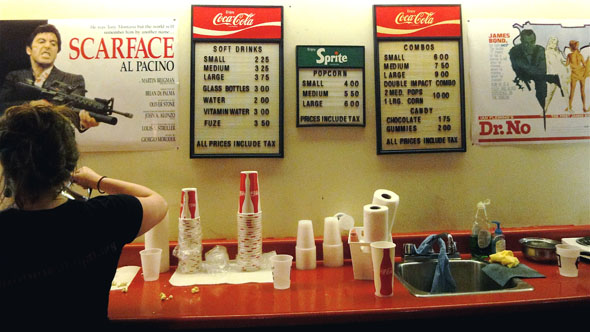 Inside the theatre, the seats are decidedly narrow by today's multiplex standards. Expect to rub elbows with your movie brethren. It may get a little cozy. 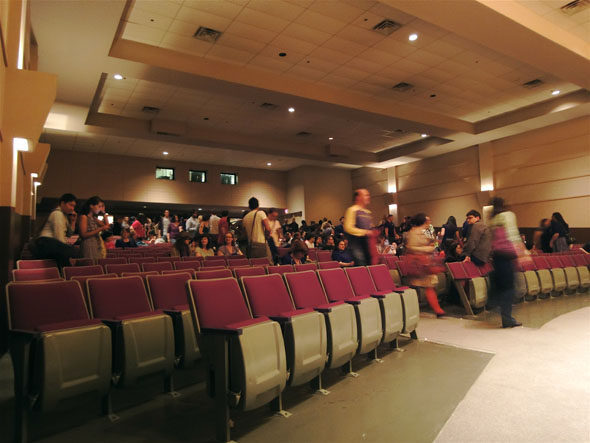 I surely hope they get their air conditioning properly installed and operational soon, as it got rather stuffy down there and it's only mid-May. 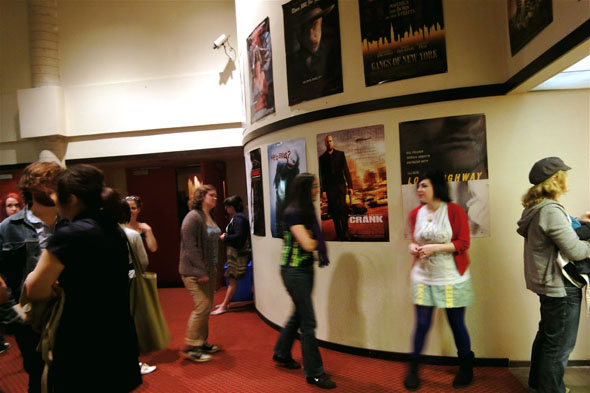 The walls were decorated with large posters for films, such as Lost Highway, Crank and Coffee and Cigarettes. 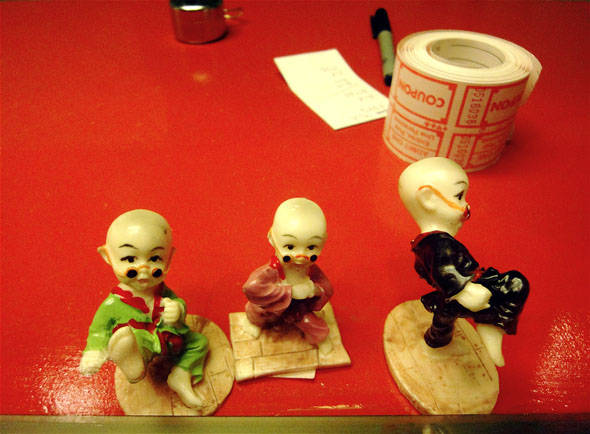 On my way out, I noticed a trio of figurines playing in the ticket booth. Look out, Chinatown! The Toronto Underground Cinema has arrived.

If you missed the grand opening, you can check out the Toronto Underground Cinema for yourself Sunday, May 16th for a special Jim Henson Tribute double bill featuring The Muppets Take Manhattan and Labyrinth.