Is Fandom the Future of Filmmaking?

When was the last time you saw a movie that absolutely sucked and thought, "I could soooo do a better job"? Well, Fandom wants you to make good on that claim. That's right. Once someone becomes a member of this interactive project, brought to you by Toronto film production company Raining Thoughts, he or she's immediately immersed in the creation of a professional, feature length film. Raining Thoughts calls it "experiential entertainment."

I recently chatted with the director and co-writer, Tim Martin (one of the nicest people I have ever interviewed), about the project. "The whole point is to get an insider's view of the film-making process...You're basically following the footage from raw materials to the finished product. You can sit in on script conferences with the writers, help scout locations, watch auditions and help cast the film."

It's an interesting and unique concept -- the idea that anyone can collaborate with other people across the world to create a film using the magical powers of the internet.

It's also an opportunity to see the nitty gritty details of post production, distribution and marketing decisions -- all aspects of the film industry that generally remain hidden from the general public. 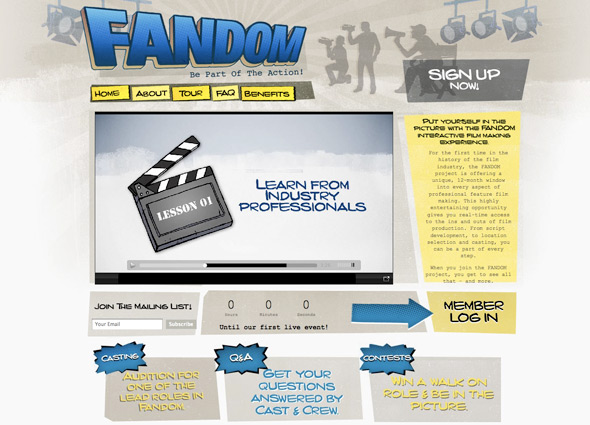 The production team behind Fandom is composed of a talented crew of writers and editors who seem to be doing this out of a genuine love for film-making.

So what's the catch? Well, there's a $20 sign up fee. Although not much, Tim nevertheless explained the reasons behind it. Most feature films are funded by big studios, which Raining Thoughts is not. The company wants an open and creative environment. Fees help to avoid intrusions like advertisements.

They also make sure that once you sign up, you'll have a vested interest in the project and want to contribute seriously.

Plus, when the project is finished, members will be given a DVD of the movie and a Fandom graphic novel. Kind of seems worth shelling out 20 bones, doesn't it?

The plot follows two bumbling kids who try to save their neighbourhood comic book store (comics are so hot right now) after the owner dies in a freak accident (read: death by fantasy paintball game).

I'm not going to lie, the plot immediately brings to mind Empire Records meets Kevin Smith. It's likable, and, more importantly, practical enough to be made. (Check out the webcomic here for a better idea.) 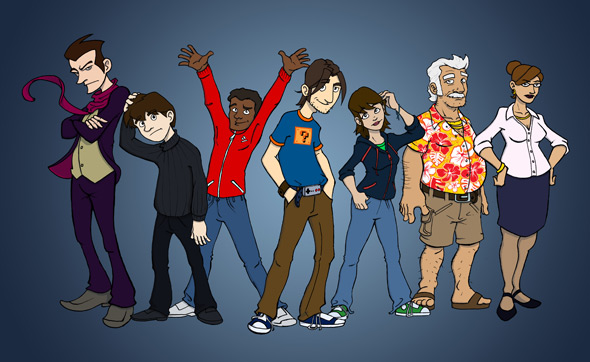 Plot aside, the significance of Fandom lies in its collaborative nature. The project is all about transparency. It gives fanboys, film buffs and wannabe directors a chance to hold a magnifying glass up to the film industry.

Granted, Fandom might ruin "the magic" of movie-making. But, in an age of tweeting and crowdsourcing, it's about time fans had more say in what goes on screen. I'm tired of going to see movies with such great potential that just end up SUCKING.

Ideally, Tim would like to see thousands of members sign up (250,000 to be exact.) An admirable goal -- but is it achievable? I don't think anything like this has been done before, or at least I haven't heard of anything done like this before... so... my fingers are crossed.

You can get a taste of the silver screen adventure by following Fandom on Twitter.