Web Not Killing These Video Stars

At any given time, without anyone really noticing, some aspect of our life is becoming obsolete. In my lifetime, I've seen TV and radio repair shops disappear, along with neighbourhood tailors, and those hairdressing shops that seem to have been carved out of someone's living room. At the moment, the running bet is whether the record store or the movie theatre will last another generation, but every now and then someone ritually tolls the death knell for a kind of store that didn't even exist when I was a kid - video rental shops.

They've weathered the switch from VHS to DVD, and for some reason they're apparently set to survive the economic downturn, as the Wall Street Journal recently reported that, while DVD sales are collapsing, video rentals are thriving. In Toronto, Blockbuster soldiers on, though the Rogers chain has seen some contraction and smaller chains like Mr. Movie have apparently disappeared. That leaves indie stores like Suspect, Black Dog, Eyesore, Bay Street, Marquee, The Film Buff and Queen Video - the majority of them clustered in the west end and, according to their owners, still going strong.

"We've been fairly fortunate that our demographic doesn't seem to be as interested in downloads," says Scott Worsley, owner of the Film Buff stores on Roncesvalles and in Leslieville. "We grew in years where that phenomenon ramped up, so that says something. I know it really hurt places like Blockbuster and Rogers, but there's not a lot of Bergman that's floating around on downloads." 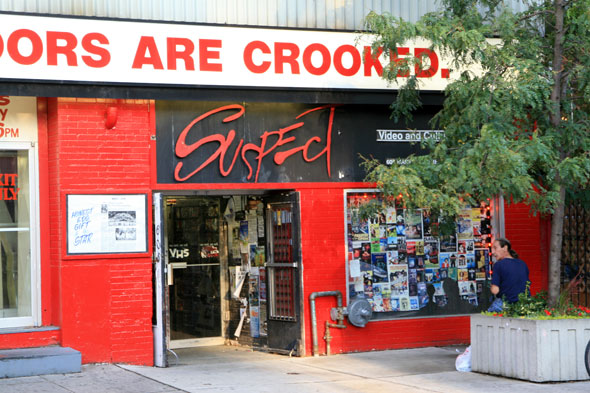 A while ago, my 16-year-old brother-in-law emerged from his bedroom one morning and offhandedly delivered a review of District 9 - a movie that had only just opened in theatres, and which he'd just watched on his laptop (albeit with Russian subtitles.) When his generation comes of age the landscape for video rental shops might look a lot harsher, but right now, the ship is still on course, according to Howard Levman, owner of the Queen Video stores.

"In any industry, a good independent will always beat a chain," he says. "Price, selection, service - we can do it all. We adapt quicker - it's true in any business, food, consumer products. Unfortunately there aren't a lot of good independents out there." 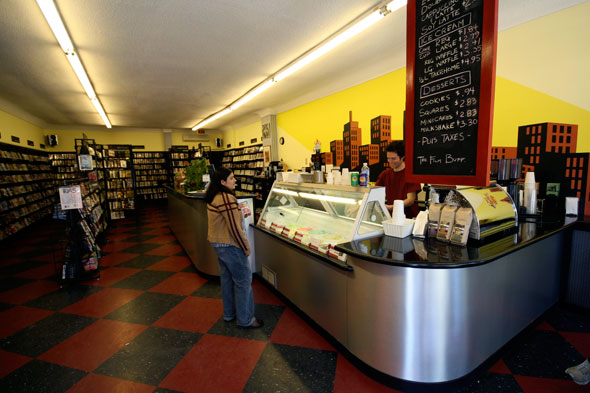 "I think everybody sees it as a bit of a sunset industry," says Worsley. "Quite frankly it's a four-dollar experience. I always laugh that the free movie costs $1600 in internet fees a year, and a thousand dollar computer, or I can go out and buy a $25 dollar DVD player and rent a four dollar movie. Who's ahead? But there's definitely been a mood change or a behavioural change in the consumer market and we're definitely going to have to deal with that. I'm glad where we're not in the curve where we're trying to grow a business. It's still fun, though."