Behind the Doc: Shelley Saywell

As a borderline news junkie, I consider myself pretty well informed. Sure, media is imperfect and potentially biased, but without the ability to travel to every region of the world to see what's going on first hand, and meet the people involved and hear their stories, it's often the only source for information I have.

Enter documentary filmmaker Shelley Saywell. With over a dozen documentaries to her name, she has spent her career dedicated to telling the stories of people behind the international headlines, after the journalists have all left but the devastation remains. Among her long list of acclaim and awards, she was awarded UNESCO's Gandhi Silver Medal for Promoting the Culture of Peace in 1997 after completing Kim's Story: The Road from Vietnam, and an Emmy in 2001 for outstanding investigative journalism for her film Crimes of Honour. I caught up with Shelley to talk about her new films and her accomplished career that has taken her all around the world.

What are you working on right now?

I've just finished Devil's Bargain, a three year long production tracking the global small arms trade. It starts in a gun show in the West, and then moves through various channels to the gun markets of Yemen and Somalia. I wanted to show how much we need an international treaty to stem the flow of these weapons that fuel war and cause so much death and destruction around the world.

I've got two documentaries in production right now. One is about Nannies being abused, the other about the Aqsa Parvez murder. I'm also part of the Canadian Film Centre Pilot program for developing theatrical documentaries. So there's a lot going on! 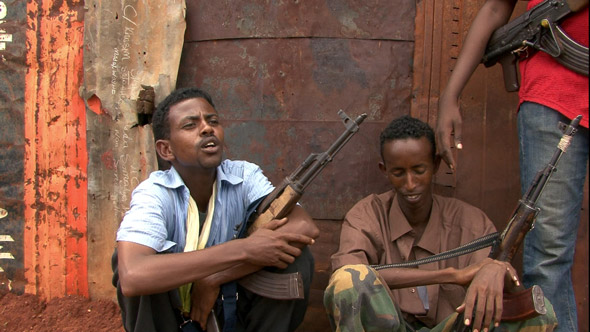 Documentary filmmakers often cite funding as the most challenging part of any project. After all the success in your career, does that still pose a challenge?

It will always pose a challenge for me and for every doc maker. Every few years the system changes, the commissioning editors you've come to know leave; the broadcasters change their focus/mandate (now its very ratings driven for example, with a real demand for Canada only stories.) CBC is doing less independent filmmakers, and they want high rating fare. If you propose a film on Africa, for example, you aren't going to get very far. CTV had the Bell fund, but now it's gone and they are commissioning only a handful of new docs. With people in-house losing their jobs, it's easy to understand why independent filmmakers are worried. 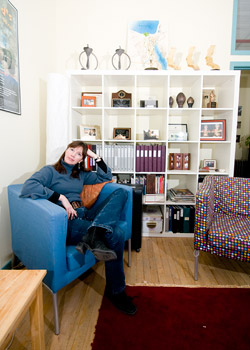 You've been working as a documentary filmmaker for over 20 years. Over that time, how has the medium changed?

The first film I directed was in 1988. It was shot on 16 mm. A roll of film (11 minutes) cost about $300 to buy, shoot, and process. So it was necessary to make disciplined choices about what to shoot. You had to keep reloading too, so doing an interview for example; you really had to frame your questions to get the best answers. It was so different once tape came into use. I know a lot of cinematographers complained that directors stopped directing, just saying shoot everything. It sort of felt undisciplined - and this burdened the editor with hours and hours of unfocused material to go through. They'd complain that the directors expected them to figure it out.

I'm glad I learned on 16mm, and the discipline that came with that: knowing what you want, looking and seeing what is outside the frame of the camera (i.e. what your cinematographer might be missing instead of just watching what he's doing on a monitor). It's about knowing what is working, and really listening to what is being said. Now I'm working on the Sony EX-3 and having to download these little cards into my computer. It seems so strange to be reformatting the cards the next day - there is nothing physically there like a can of film or tape to feel that you are actually shooting a film! But I love the freedom of smaller cameras, both in cost and in access.

Over your career, how have you changed as a filmmaker?

Good question, I'm not sure of the answer. I guess I've learned what not to do from the mistakes I've made. But then every film I just make new mistakes! For me it has been a process of learning my heart, what I care about - because these films are hard and take a long time, and take over your psyche and life to some extent. I'm really selective about what I take on. If I can't imagine feeling passionate about it in 12 months time (day in day out), I don't do it.

A filmmaker I really respect said it's about finding your voice. That is really true. There are so many amazing filmmakers out there, including first time ones that it's important for me to keep touch with what I have to offer that might be different, or special in some way. Maybe its just interest or caring about the subject, but it has to speak to me and feel authentic to me.

Do you work with the same people on every film? Tell us about your production company, Bishari.

I've been working with the same small team of people for years. We are a bit like a family. Sometimes I think it would be good to work with new people and learn new things, but the upside of working with my team is that we know one another's short-hand, we have each others backs (especially in dangerous places) and we'd never let each other down. And my crew and my editor work on lots of other films, and bring new ideas in that way too. So hopefully they don't get bored with me, and it doesn't get stale. My co-producer Deb Parks and I have worked together the longest - we started Bishari together. The name comes from a nomadic tribe in Egypt that we made our first film about. We were nomadic in spirit, and so it felt right. 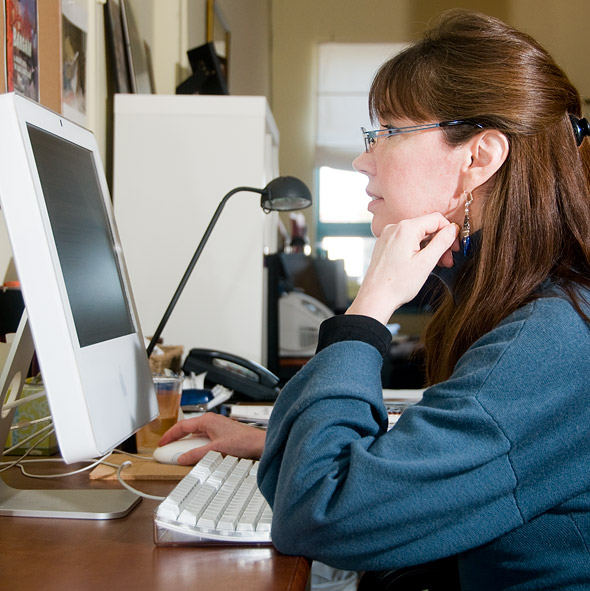 Many of your films illuminate individual stories behind human rights issues and international conflicts most people know about only briefly through the news media. What do you hope audiences take away from watching your films?

I hope that, once the news crews leave (or before they come, sometimes they don't ever come) our films might reveal something deeper. For example, in Generation of Hate we went into Iraq before the invasion. After 911 people were asking, why do they hate us? I couldn't believe the question. I thought; just look at Iraq after 12 years of sanctions, a brutal dictatorship by Saddam who was funded by America for so long, a betrayed uprising after the first Gulf War. 500,000 children dying a year - and now, the threat of a new invasion. It seemed so obvious. So we made the film to take people into this world. The timing became amazing, and the film was considered prescient, but only because we were looking ahead at something no one else was looking at then. Now, of course, everyone knows this. So I hope the films give people a perspective they might not otherwise have, a chance to meet people in their homes and in their worlds, and feel a bit more of what they are going through: to realize that this Shia family is human and like us, and has hopes and fears, that this family in Gaza is desperate and its no wonder they might vote for Hamas, that this Toronto girl is angry cause she's seen her friends killed by gangs. But above all, to relate as humans to the "other".

What makes for a good documentary?

What is your background in filmmaking and what did you do before your first film?

University and some travel, then straight into the doc world, beginning as a researcher.

Behind the Doc is a series of five blogTO interviews with Toronto documentary filmmakers. The first three in the series featured Academy Award nominated filmmaker Hubert Davis, Alan Zweig and Min Sook Lee. The last post in the series will feature Ron Mann.