Didn't get to catch any screenings at the Toronto International Film Festival over the first week? Looking for some tips on what to watch this week, or just want to know enough to impress your co-workers?

Special guest critic Matthew Price chimes in once again with his amazing reviews. This time, he takes a look at A Film With Me In It, It Might Get Loud, Vinyan, and Religulous. 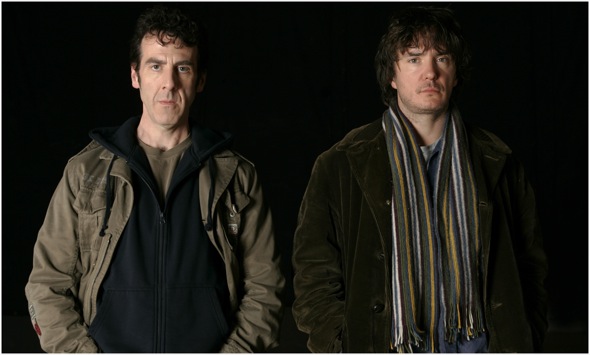 A Film With Me In It

AFWMII is as high concept as they come, but works brilliantly to spin the fear of the unemployed actor into Weekend at Bernie's if Samuel Beckett did a script polish.

Mark is the unemployed actor, and he and his neighbour Pierce are both a few months behind on their rent to Jack, the world's least likeable landlord. They're trying to get a script together for Mark to star in, and Mark is also trying to keep his relationship from completely falling apart and take care of his severely handicapped brother. Pierce is just trying to get through twin alcohol and gambling addictions while not making too big an impact on life. So all told a fairly typical pair of Irishmen.

This would be more than enough for a respectable slice of life story, a kind of likeable slacker tour through Full Monty country. So it was a nice surprise to find out that we were leaving the tour and heading straight into a Danny De Vito world of very black comedy indeed.

Mark's apartment needs a lot of fixing, and once the shelf falls off the wall and onto the dog it's a fairly linear ride to several dead bodies and Mark and Pierce having some pretty serious 'splaining to do.

Mark is essentially playing himself, and both he and Dylan Moran's Pierce have great chemistry as they wrestle with events much much bigger than themselves. The darker the action gets, the more deadpan they play it and the more outlandish it gets the more believable it all seems.

AFWMII never tries too hard and walks the fine line of it's depressed Irish humour better than most. 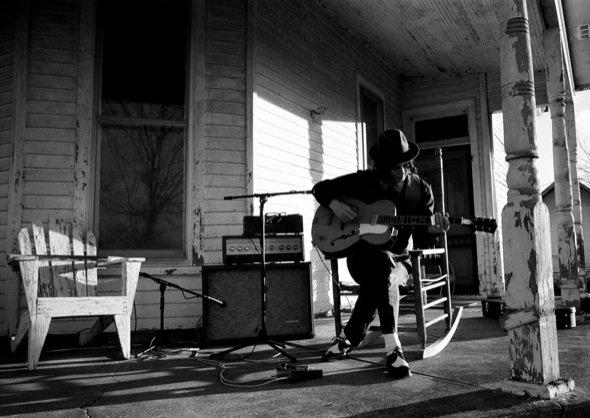 Jimmy Page, The Edge and Jack White get together to talk electric guitars in this music geek out documentary from director Davis Guggenheim. That's pretty much the whole movie, with 3 of the greatest guitarists ever to populate the planet discussing music and the creative process and how much they love their instruments. And it's waaaay more than enough for us.

Credit goes to director Guggenheim for opening up the idea with side trips into each individual's world. Jack shows us how to build a guitar out of a two by four, Edge takes us to the beach house where War was recorded and Page plays us his favourite records. All of which just set the landscape fir the main event yet to come.

At one point midway through, the three of them start to play together and I got an honest to goodness lump in my throat just watching it all happen. The sheer weight of the creative accomplishments of all of them almost overwhelms the entire movie and had me thinking supergroup through the rest of the proceedings. Music documentary is a kind of endless fascination because of the sideroads you can travel down. It can be history, it can be art, it can be the creative process and It Might Get Loud delivers on all three. If there's a rock junkie in your house, your holiday shopping is officially concluded. 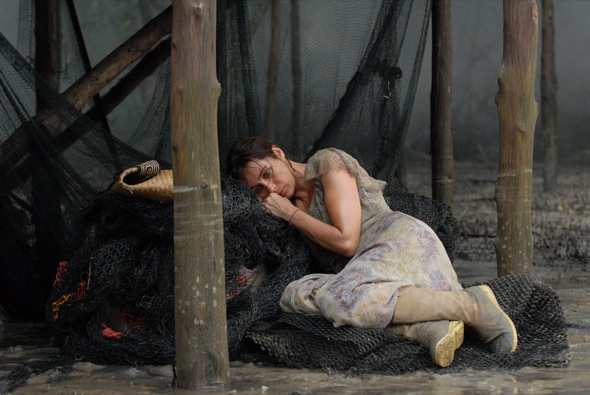 Vinyan sells itself as a Heart of Darkness journey with a lost child at the end of the ride. After Calvaire played midnight madness a couple of years ago, director Fabrice Du Welz returns with another tale of people lost in dangerous surroundings.

Pretty couple Paul (Rufus Sewell) and Jeanne (Emannuelle BĂŠart) are living in a Thai beach paradise and attend a tony fundraiser, but something is wrong as Jeanne seems particularly affected by a young child at the party. It becomes clear that they have lost their own young child, recently, when Jeanne thinks she sees him in an aid video shown to raise money for those trapped inside the Burmese border.

They inevitably go off to search for their lost son, and things go inevitably wrong, and there you have the movie. After ten minutes I stopped caring about whether or not they were going to find their little boy. After twenty minutes I was hoping for one of them to get bitten by a snake.

The two leads actually have no discernable chemistry and are unable to even be convincing as distraught parents. There isn't a moment in this film where I buy that they even had a son, or in fact have ever interacted with children at any time. In order for the story to get them where it needs to go the decisions they make are what can charitably be described as retarded.

It's a shame too because as a director Du Welz has some pretty great ideas about the use of subjective camera and is a fluid and capable storyteller on a technical level. The film has some interesting points to make about the thin veneer of society being so easily stripped away. Too bad it's all hung around the necks of two people no one could give a crap about. 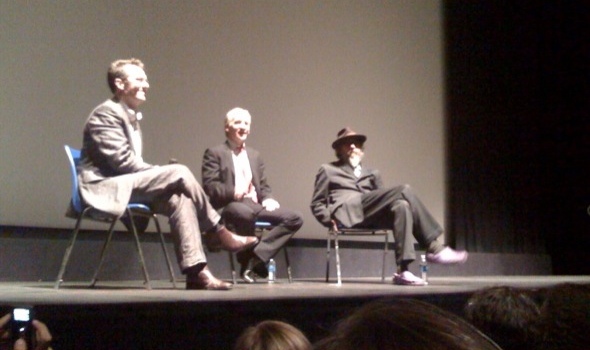 Here's a little comedy premise: Religion ought to be gotten rid of, as it stands directly in the way of rational problem solving about the pressing questions of our age. Yup, let's get ready to laugh!

As you may be aware this is in fact exactly what comedian Bill Maher sets out to prove in his essay film collaboration with Larry Charles. Does he prove it? Does it matter? Maher is certainly game to try as he takes the argument to religious fundamentalists of every stripe and meets their illogic head on. Obviously this kind of movie rises and falls on the strength of these encounters, and Maher is more than up to the task.

The movie's an entertaining and well paced look at the sheer frustrating kookiness of the true believers and it makes its points in a convincing fashion. Maher doesn't get to every facet of religion (moderates are of course excluded) but overall this is a convincingly sound attempt to cut a swath through the nonsense surrounding intelligent attempts to deal with some very real problems affecting our continued existence on this planet. Told you it was funny.