Nuit Blanche, Summerworks, HotDocs, TIFF, Reel Asian, Toronto After Dark...what do all of these major Toronto festivals have in common?

Harvey was born and raised in Etobicoke. His young adulthood was spent ducking in and out of matinees at classic Toronto cinemas.

"Most of the places I enjoyed are now gone. The University, the Imperial 6, the Uptown, the Bay, and the Eglinton, which was converted into an event hall."

Harvey's life changed course thirteen years ago when he applied to the Toronto International Film Festival as a volunteer.

"I wanted to know what the other side felt like. The ushers, the managers, the ticket takers. I met a woman who was doing nine or ten festivals a year; she got me interested. I do way more than that now."

Harvey may be in his mid-forties, but he has the energy and verve of a 20-year-old. This summer he volunteered an average of twelve hours a day for Toronto arts festivals. He usually works two or three of them at a time.

He doesn't confine himself to the GTA, either. After four years of attempts Harvey realized one of his dreams this past January; he worked the Sundance Film Festival in Utah.

"It took me a while to get the funds together, to get my passport sorted out. There were a lot of firsts on that trip; my first time out of Ontario, my first plane ride...my first time looking out of a plane window. I'm getting over a fear of heights."

Harvey has become the ultimate insider. He knows all the venues, all the theatre managers, all the tricks of getting a crowd in and out. New festivals call him all the time for advice.

I asked him how he's managed to keep such a wild schedule; he once worked from 9AM to 2AM, ten days in a row.

"I hear about people getting caught in dead end jobs all the time; jobs they need but don't like. If you enjoy what you're doing you'll put more effort into it." 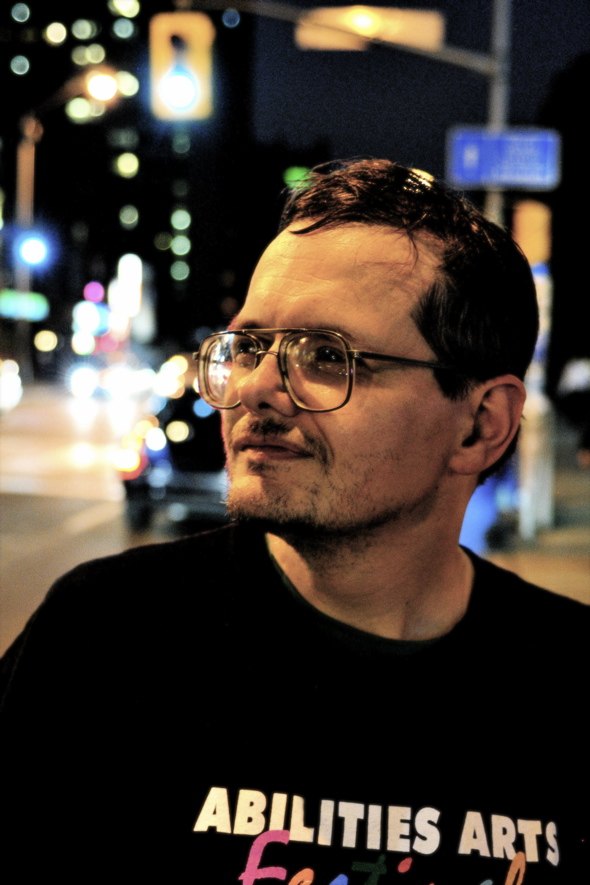