Halloween is coming up fast, and Toronto is expected to be teeming with costumed revelers this year after a lackluster 2020 in lockdown — but the city and its celebratory landscape has changed since we last got all dressed up together.

What I'm saying is that you shouldn't rely on the big purple gorilla for your last-minute costume. He's gone. After 30 years of watching over the city from his one-storey perch, he is gone.

You may best remember the business' enormous warehouse-style store in Etobicoke, where a 29-foot-tall inflatable gorilla greeted all those who drove past him on the Gardiner Expressway near Islington.

Billed as Canada's largest independent costume and party store, Amazing Party has long been known in Toronto as the best place to get any type of costume all year round.

Customers also turned to the business for special effects makeup, fireworks, holiday decor, helium tank rentals and party supplies in any theme or style one could possibly imagine. 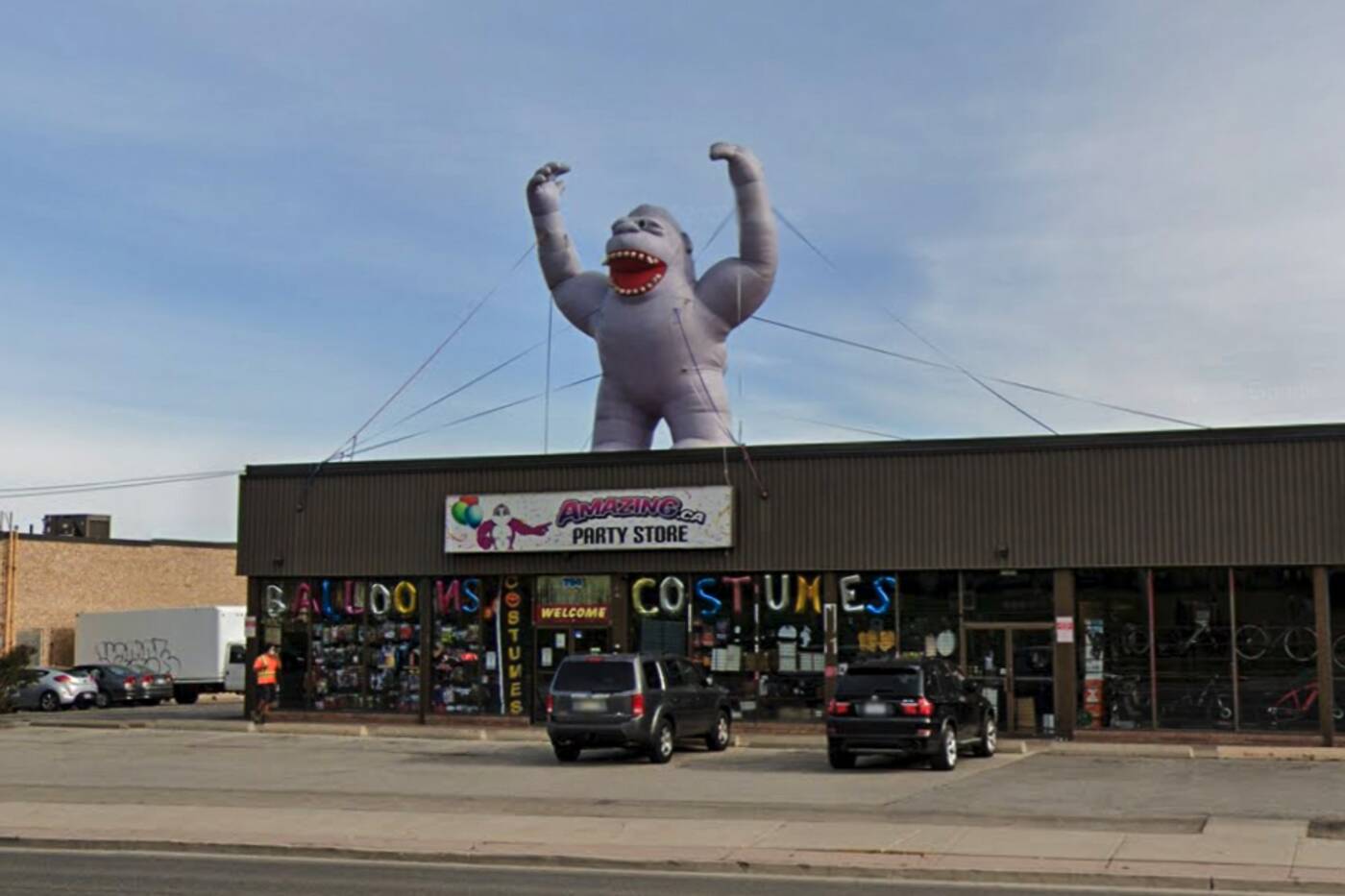 The beloved store moved from it's home of 27 years at 923 Oxford St. in September of 2018 following the retirement of longtime owner Shawn Hamilton, who told blogTO at the time that his kids were taking over the business.

Hamilton sold the building in Etobicoke and the Amazing Party Store reopened in Mississauga, setting up shop at 734 Dundas St. E. The huge gorilla that had become its calling card was remounted atop his new home.

But again, he has disappeared, along with the store itself.

People Googling up the Amazing Party Store ahead of Halloween this year will find it marked as "permanently closed." The store's phone number is no longer in service. It's newest website, amazing.ca, goes nowhere and the URL for its old site, amazingpartystore.com, is up for sale.

It's not clear when, precisely, the store closed, but the retail space at 734 Dundas St. E in Mississauga went up for lease last summer. A listing for the property remains active on Cushman & Wakefield's website.

A realtor for the property could not provide information about why the space's previous tenant left and Hamilton could not be reached for comment. He did, however, tell blogTO in 2018 that the proliferation of temporary costume each fall stores (*cough* Spirit Halloween) was impacting businesses like his.

And that was before COVID hit.