Hair salons are still operating during this second round of Stage 2, but it's not cheap to keep them open.

To offset costs of PPE, sanitation measures, and reduced clientele, the hair salon chain Civello is introducing something called a community fee.

The fee, which will come into effect on Oct. 18, will add an extra seven per cent surcharge to clients' bills at all six of their locations in the GTA and Vancouver.

Similar to the COVID-19 fee, which some small businesses in Toronto began adopting earlier this year to make up for lost revenue, the additional money made from Civello's community fee represents a temporary fix for the hurdles that the pandemic presents. 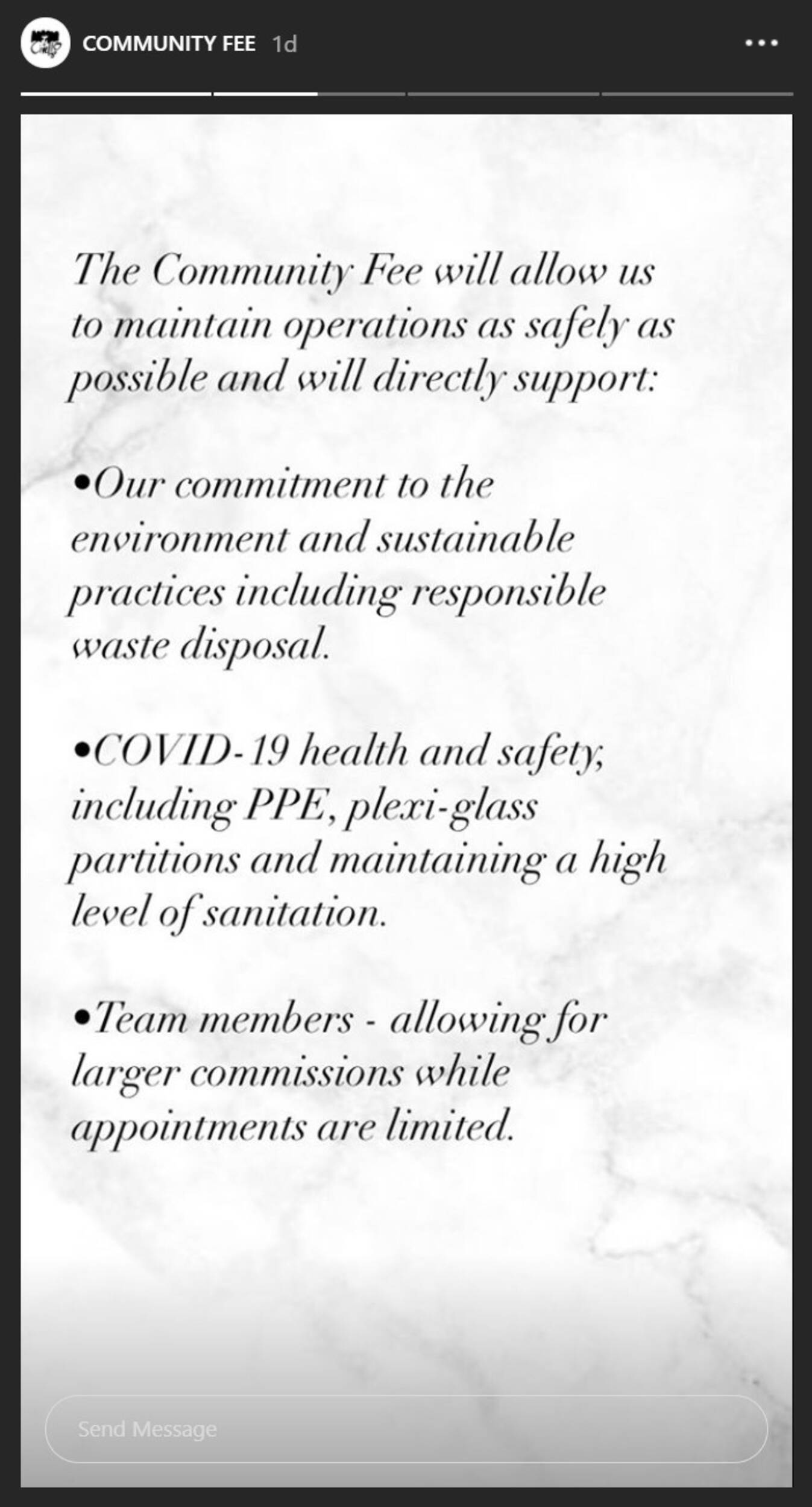 Civello announced its new community fee, which comes into effect on Oct. 18. Photo via Civello.

One of the most pressing issues: the fact that salon capacity is down by at least 50 per cent due to physical distancing requirements.

Since reopening in June, every other station is now off-limits at Civello's Toronto locations, with reduced appointment schedules.

"[The community fee] allows us to offset the reduced Salon capacity which we usually rely on being between 75-80 per cent to be profitable," said Daisy Colina, Civello's VP.

Then there's the price of PPE for staff, plexi-glass barriers (for the Vancouver location), and additional costs like disposable, single-use towels for spa services.

Colina says that introducing an extra fee will help the salon commit to responsible waste disposable. The team will also be able to see an increase in their commissions.

Civello is far from the first Toronto salon to tack on an extra fee amidst COVID-19.

Other businesses like Parlour and Grateful Head, have opted for a flat rate instead, with both businesses adding a $5 sanitation fee to every service.