Civello in Rosedale is currently open but their offerings and services may be affected due to the pandemic. Please contact the business directly for more information about any changes. Is this your business? Please contact us if you would like to update this message.

Civello in Rosedale is the salon upon which Ray Civello's hair empire was founded. Sprawling over 5,000 square feet, the three-floor salon, which features two cutting areas, a spa, makeup and waxing areas, and a top-floor private salon, is a suitable flagship for a chain of that extends all the way to Chicago (and bears the name of the current president of Aveda Canada ).

When Civello opened up shop in 1989, though, that grandeur, with all its ornate Moroccan-chic details, had yet to materialize. He had big plans for the three-floor former lighting store, but quickly ran out of renovation cash. "All the banks turned me down - I didn't own anything. I had nice clothes, but they wouldn't take that for collateral," he jokes, as I listen from his barber's chair. 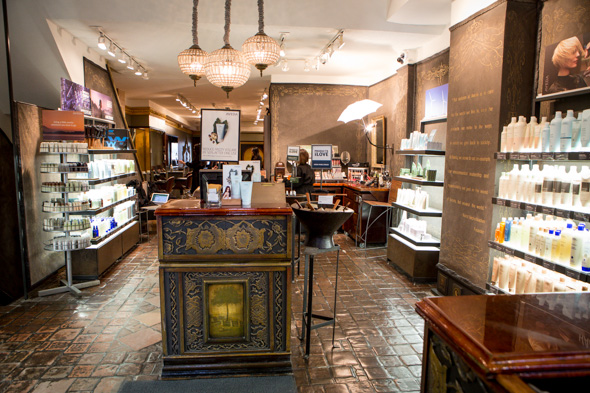 "My dad, at 66 years old, was retired, had a little house in Scarborough, and remortgaged the house. If there was ever a time in my life when I realized that the partying was finished, it was no more, was the moment I had my dad's house on my shoulders." 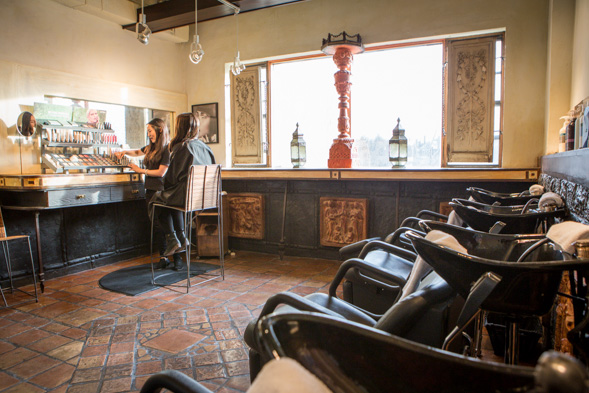 That gamble paid off: Within a year, it was a million-dollar business, spurred on further by a styling agency he launched. The first-floor cutting floor was the first part of the building to get converted; 25 years on, it's still bustling with stylists. (They even open up a second cutting area in the basement on weekends.) 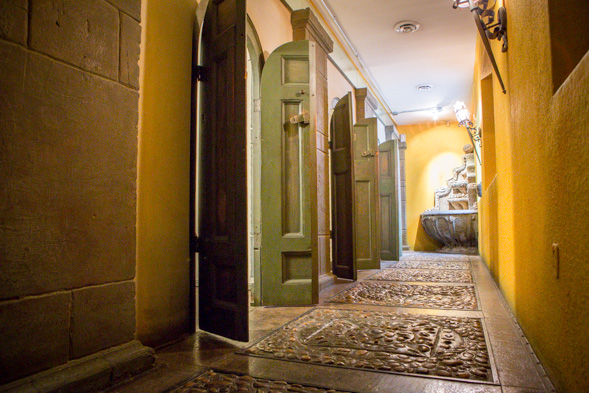 A second-floor spa followed in the early '90s. "At that time, 'salon and spa' was still very, very new in terms of the concept," Civello says. They had TV set designers come in and work on the spa; with its monastery-like interior (gurgling fountains, weathered doors, round stones set underfoot), it's a world away from the hubbub of the styling floors below. 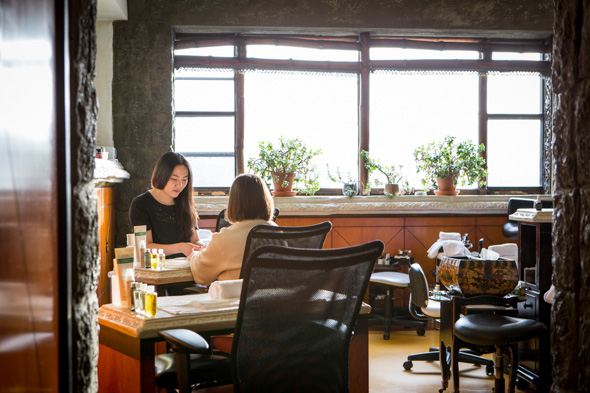 Small stalls are available for facials and massages, while the manicure and pedicure stations are tucked at the back, away from the entrance, making for a more soothing experience than your average nail shop. 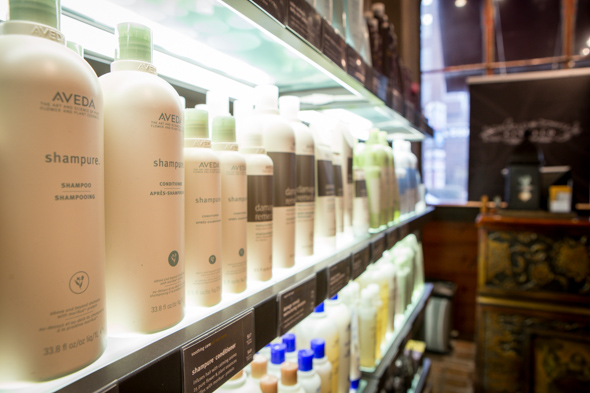 Aveda products (unsurprisingly) feature heavily, from the makeup stations to the shampoo chairs to the mini-boutique at the front of the shop. Civello was a fan long before Aveda founder Horst Rechelbacher took him under his wing - his was one of the first six salons in the country to start using the products. 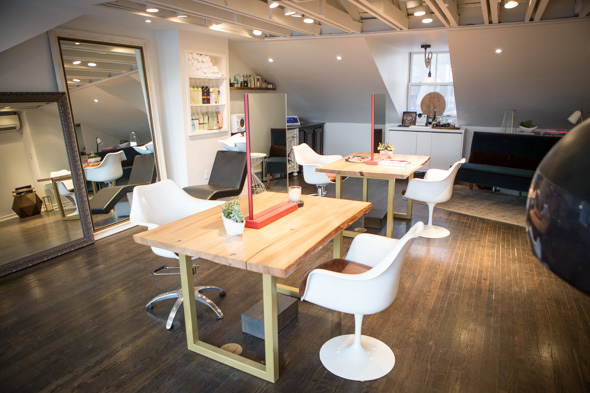 On the top floor of the space is "the studio", a bright, cozy space where Civello and other master stylists take regulars and VIP clients. Somehow, he still manages to find the time to cut hair - though his $17 rate from the '80s now sits at about $250. 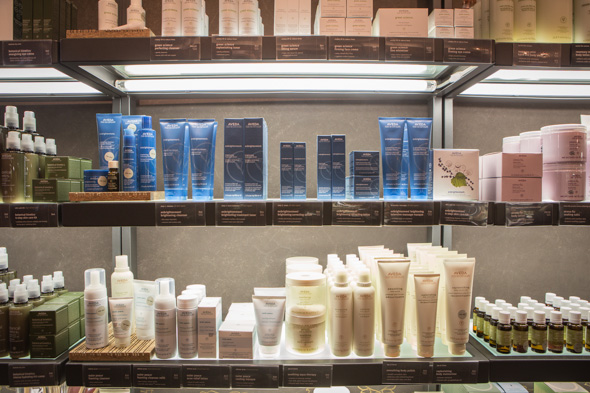 If a date with a master stylist isn't in the cards, don't worry - cuts start at $50, and a bonus neck and shoulder massage (plus a cup of tea) are standard. Everyone who works out of the salon follows Civello's guiding principles for finding a client's perfect look, which he calls "vision crafting".

Instead of turning out identical cuts and colours (as many salons are wont to do), their stylists customize every part of a service to suit the client. 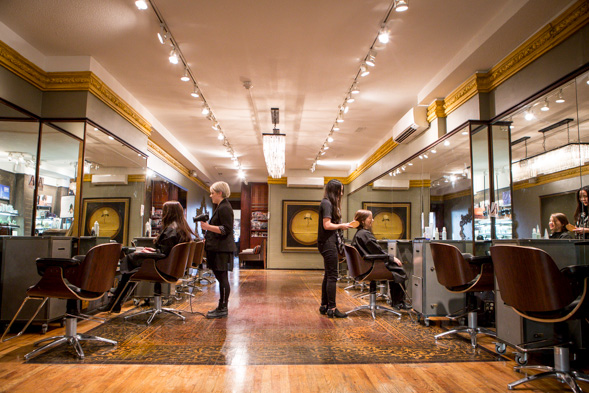 "It's really about focusing on who the individual is, what their likes are, their dislikes, what they're comfortable or not comfortable with." For example, he might tweak a standard long, layered cut to be more rounded, opening up a client's temple area and the cheekbones to offset close-set eyes.

"It's still a long layered haircut, and you might not notice the difference. But the thinking that went into it, that subtle little detail, made it a lot more special."

After I hop out of Civello's chair, the care in that approach is clear: The already recently-trimmed pixie cut I walked in with now has a rockabilly swoop that, somehow, looks even longer on top than before, thanks to some careful shaping at the back.

He mentions he also took the cut in at the temples to compensate for the width from my glasses, along with a few other little adjustments. I look smashing. Guess thirty years, seven salons, and a hair care empire can't be wrong. 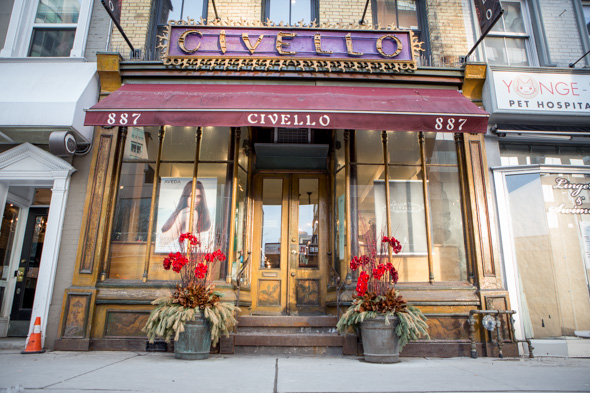 The Best Spa to get a Facial in Toronto