More stores in Toronto are being boarded up right now

While non-essential businesses around the world remain shuttered indefinitely due to the coronavirus pandemic, some have decided to take rudimentary (but effective) steps against potential break-ins and looting.

Residents in cities ranging from New York to London and San Francisco to Edinburgh are seeing bars, restaurants and stores suddenly boarded up as their owners prepare for them to remain empty and unsupervised for weeks.

In Toronto, establishments along major strips like Queen West and Bloor Street have started securing their doors and windows with plywood, while the Eaton Centre closed off its Yonge-Dundas Square entrances last week.

Given the recent spike in crimes like commercial break-ins around the city and the GTA, the measure makes sense — York Regional Police cited a staggering 45 per cent increase in the crime last month, and Toronto Police have ramped up their monitoring of closed establishments.

Many business owners are also remembering the G20 Summit in 2010, when retail stores, coffee shops, banks and more had their windows smashed in by protesters.

@ARITZIA just curious, I know you guys are closed like everyone else, but why is the Yonge/Bloor flagship completely boarded up? Are you guys leaving? pic.twitter.com/bQ6RdAcZL3

Though the COVID-19 situation doesn't exactly present the same grounds for civil unrest, places like The Federal bar and restaurant on Dundas West, the Firkin Pub in the Flatiron Building and even a Dairy Queen on Bremner Boulevard have been targets of break-ins in the past few days.

have you noticed in downtown Toronto the fronts of some shuttered stores have been boarded up? expecting civil unrest?

Like Toronto, Canadian cities such as Ottawa and Vancouver are also starting to look a little more desolate and plywood-covered, with nearly every storefront on the latter city's iconic thoroughfare Robson Street now completely boarded up.

In places like Seattle, local artists have already started to beautify their neighbourhoods' dismal-looking, wood-covered storefronts with colourful paintings in an attempt to brighten streets and raise spirits.

In Toronto, not so much (yet). 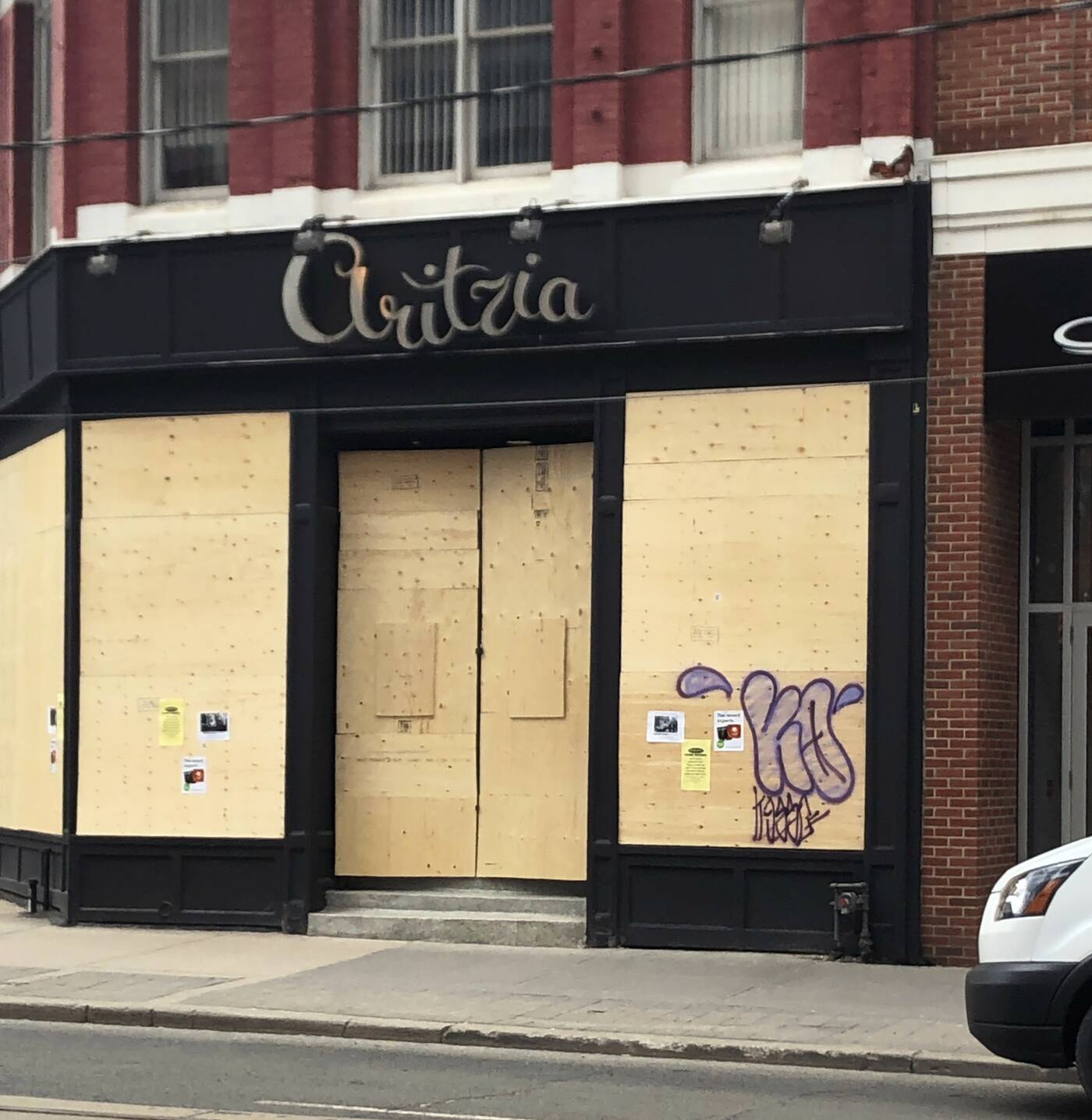 But, some businesses have left the public little reminders that they'll be back soon, and that the shutterings — and the whole new set of realities that have come with the 2019 novel coronavirus — are only temporary.

The Wine Rack on Sherbourne has closed and boarded up. pic.twitter.com/YKW9g6smp8

Though the sight is quite depressing, if everyone is properly practicing social distancing measures, they won't really be out and about along main streets to see the storefronts anyway.