Crime and break-ins continue to be a problem for small businesses during this pandemic.

Pablo Velasquez, the owner of the Firkin pub in the iconic Flatiron building,  has reported four break-ins to the police within the past two weeks, with the first break-in happening on March 15th, and the fourth just two days ago.

The police have been notified about each break-in and ample video surveillance have been provided, but Velasquez worries the police aren't doing enough to investigate or prevent future break-ins in the area.

“We feel abandoned… no stores around us, and on top of that there’s construction going on… so it makes it easier for us to be a target” he says, “the construction company leaving their equipment around us making it easier for all these people to cover themselves and break into the building.”

Velasquez says the break-ins have resulted mostly in stolen alcohol.

Since the Flatiron building has heritage status, Velasquez says he's restricted from putting barriers up to prevent break-ins and preserve his pub.

“We bordered up the windows from the inside out…but after that they still broke a couple of windows … they broke it with a brick,” he says. 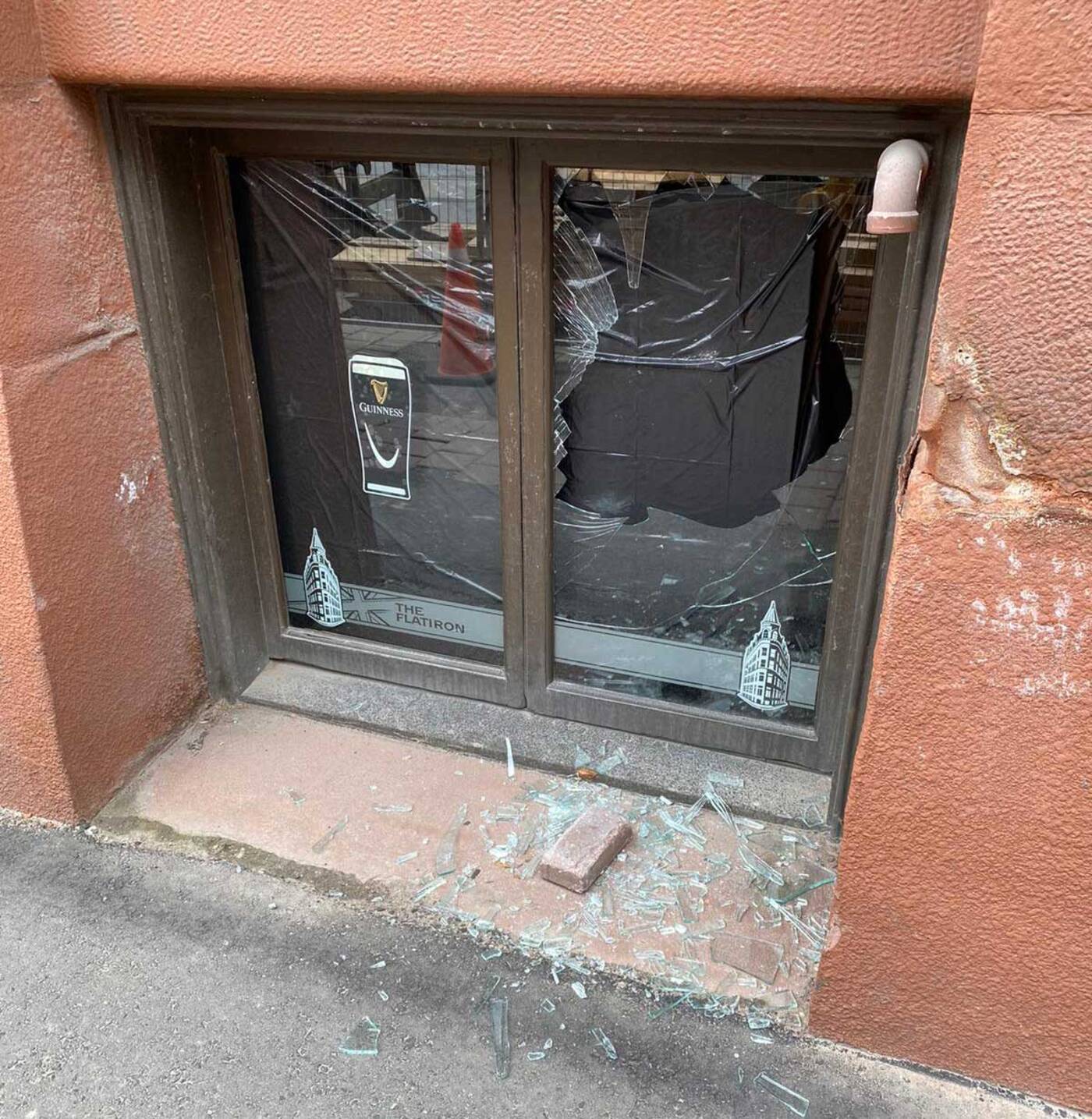 One of the broken windows at the Flatiron and Firkin.

Velasquez is now fixing the windows and has to pay almost $500 each time one needs to be repaired.

All of the Firkin pub locations are closed amid the COVID-19 pandemic, and despite some discussions about deliveries and take-out, “the math does not add up,” Velasquez says.

Velasquez feels frustrated and helpless. He was expecting more police presence in the area. Police are aware the pub has been targeted multiple times, and many reports have been filed. But according to Velasquez, there's no signs anything is being done.