Toronto's Eaton Centre has been closed for about a week now and it appears that extra measures have been put in place by way of boarding and cement barricades stationed in front of its doors.

A photo posted to Reddit shows the entrance near Yonge and Dundas blocked off with the barricades, while the entrance to H&M has been covered with boarding.

According to a statement from Cadillac Fairview, who owns and operates the Eaton Centre and several other malls in the province, the barricades were put in place as an "additional safety measure" that's being applied "around the perimeter of all of our shopping centres in Ontario."

To account for H&M's storefront being boarded up, the statement notes that "we did not make any changes to store fronts" and the decision to modify it would be at the discretion of the retailer. 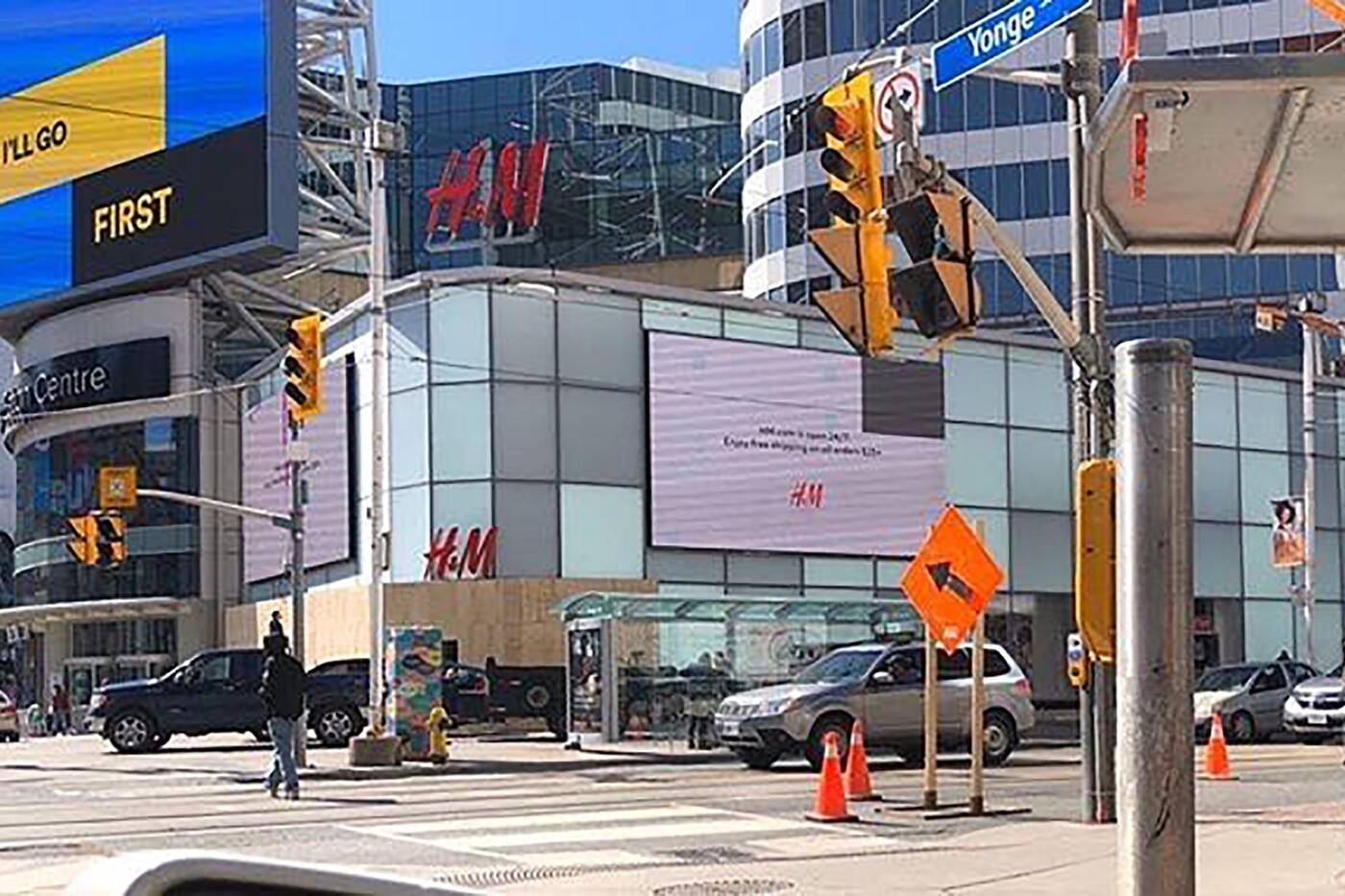 The entrance to H&M's storefront is now boarded up. Photo by Michael Zavarella.

Some Redditors were quick to point out that it's likely an anti-looting measure.

"They’ve done this at one of the two malls in London. It’s for anti looting. They’re easy targets if someone were to drive a car into the mall and rob them," said one.

"This is being done to prevent ram-raiding the mall. Now that there isn't the usual wall of people on the sidewalks and inside, it's trivial to pop the curb at speed and go through the glass. Police are also stretched pretty thin right now too, so response times are long," said another.

"The city may also just be contractually obligated to use some of the concrete blocks they would usually be dropping outside dispensaries."

The entrances to the Eaton Centre are blocked with Jersey barriers and doors locked “due to COVID-19.”

Isn’t this a violation of the city’s planning requirement for the Eaton Centre to be built? It’s construction in the 1970s blocked off several east-west public access points. pic.twitter.com/LSzQZySVlD

Last week the Ontario government ordered the closure of all non-essential businesses, including retailers, in an effort to help slow the spread of COVID-19 within workplaces.

Only a select few stores within the malls have been permitted to remain open as an essential service through restricted access only.

In the Eaton Centre complex, Shoppers Drug Mart, Lenscrafters, Best Buy, Canadian Tire and JOEY (available for take out and delivery only) are still open.