No Frills officially launches its own clothing line

Hauler, as it's been branded, is more like a capsule collection at this point than a proper "line", with only five items for sale: Three T-shirts, one long sleeve and a sweatshirt.

Those who were expecting a Joe Fresh-type experience after hearing rumours of the launch will be disappointed, but it's key to remember that No Frills isn't Loblaws.

They're owned by the same company, sure, but the latter store literally says "no" to fancy accoutrements. It's kind of their thing. 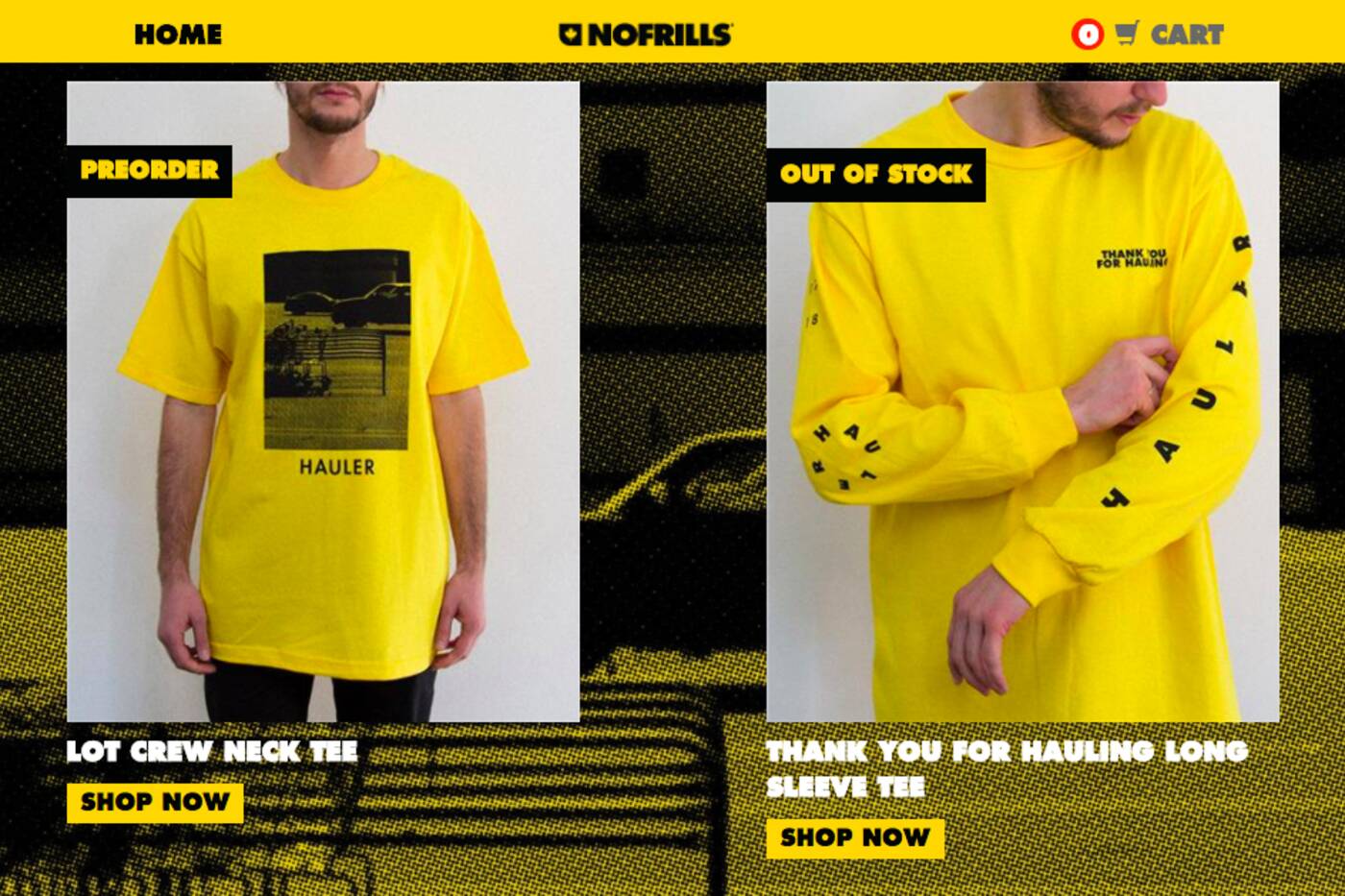 The Hauler Shop is now live, but only three t-shirts are available to preorder. They cost $20 a piece. Screenshot of haulershop.com.

Hauler first popped up on Instagram just under two weeks ago, sparking curiosity with its cryptic captions and reluctance to say who (and what) it actually was.

It didn't take long for people to guess that No Frills was involved thanks to the grocery store's nearly identical fonts, and colour schemes.

That, and the fact that Hauler had published an image with the names and locations of 13 No Frills stores in Toronto on Instagram.

All was confirmed for followers on Monday with a short video clip.

Only @nofrills_ca could pull off this much yellow. Merch available now. Link in bio 👆🏻#Hauler #haulhard

Previous to the online announcement, No Frills told The Canadian Press that its forthcoming campaign would be a way of "celebrating savvy discount shoppers."

"The clothing is part of a broader marketing campaign for the discount grocer," wrote CP, "and follows a trend of companies creating limited-edition clothes for die-hard brand fans."

In defining its new brand, No Frills wrote on Instagram that a "Hauler" is:

Hauler /#Hauler /ˈhôlər/ 1. Someone who cares not for frills. 2. Someone who is frugal, and proud of it. 3. Someone who hauls. Hard. (See definition of haul) 4. Someone who shops at No Frills. Linda’s such a hauler she needs a stretch minivan.

Hauler clothes are available online only at this point, and in limited quantities, though reusable Hauler grocery bags will be available at roughly 250 No Frills stores across the country.

The brand says that it will add more items into its merch store based on what customers ask for.

"This isn't a corporate initiative where we're pushing clothing out there," said Loblaw's vice-president Mary MacIssac in an interview. "This is honestly, sincerely us responding to hundreds of thousands of asks to make some of this available."