No Frills might be launching its own clothing line

Posters have been appearing in downtown Toronto over the past few days advertising something called "HAULER."

"Thank you for Hauling" they read in black and yellow, pointing to the website haulershop.com and the hashtag #HAULER. 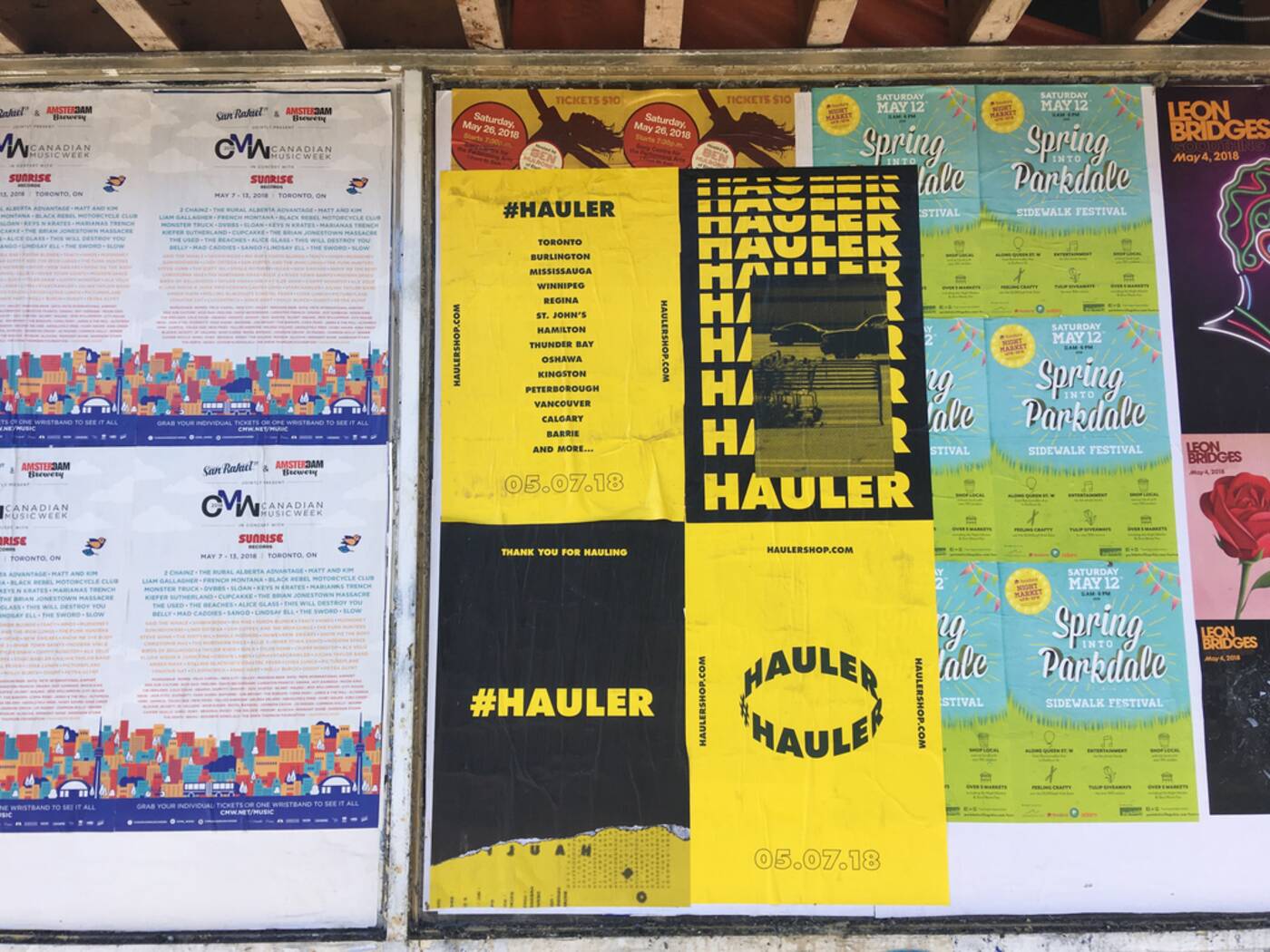 An Instagram account linked to the website has been promoting the brand's impending launch heavily since late last week by posting gritty, yet stylish photos and videos reminiscent of a sneaker campaign.

Hauler drops Canada-wide on May 7, according to promotional materials, but nothing specifies what the product is.

It's stylized much like a streetwear brand — and it just might be, even though all four clothing items on haulershop.com are listed as "out of stock."

The ICANN WHOIS registry shows that the domain is registered to Duplium Corporation, a Thornhill-based merchandising company, though it's impossible to say who their client might be.

Just kidding, it's definitely No Frills (or someone trying to imitate No Frills. But it's probably just No Frills.)

If the nearly identical fonts and colour schemes didn't tip you off, a Hauler Instagram post from two days ago lists off 13 accurate, up-to-date names and locations for No Frills stores in Toronto.

"Is this some guerilla marketing campaign for No Frills?" commented one person on this particular post. "I'm confused... But following anyway."

Adding credence to this hypothesis is the fact that No Frills actually produced and gave away its own branded underwear, hats, socks and scarves during Toronto's No Pants Subway Ride in January.

A video promoting that limited-edition run of free, No Frills-branded gear looks undeniably similar to some of the videos posted by Hauler over the past week, and there are some consistent themes running through both accounts.

Cars in parking lots seem to be a popular reference image for both brands.

We rocked our yellow underpants today and had a great time participating in #NoPantsSubwayRide. Be sure to share your pictures from the event using #NoFrills 🚫👖

As Fashion Magazine points out, the telltale beep of a grocery store checkout line can also be heard repeatedly in one of Hauler's videos.

Another promotional clip includes footage of grocery cart wheels and, again, cars in a parking lot.

I mean, if No Frills isn't behind this, they'll have a solid case for copyright infringement.

If the grocery chain is behind this, kudos to them.

There's clearly a demand for No Frills merch, as evidenced by  a sold-out run of t-shirts produced by the popular (and also hilarious) Instagram account @ParkdaleLife last year.

Funny enough, No Frills joined Instagram approximately one year ago — on May 11, 2017 — for the sole reason of getting in touch with Parkdale Life about shirts.

"We think your shirts are awesome and we love your cause," wrote @nofrills_ca in the caption of its very first post.

"Heard you sold out. How can we help?"