Why is it so tough for local fashion labels to stay afloat?

Over the past decade or so, Toronto has made a strong name for itself in the international market as a purveyor of incredibly talented fashion designers. As one of any number of examples, Jeremy Laing has been seeing an incredible amount of Stateside success of late, having shown his last three collections at New York Fashion Week. Why is it then, that incredible talents who choose to stay local (Evan Biddell, Arthur Mendonca, Ashley Rowe and Rita Liefhebber to name a few) struggle to stay afloat in a city meant to be a vanguard of contemporary fashion and style?

One of the labels sadly affected by the difficulties of the Canadian market is LABEL Clothing, a contemporary ready-to-wear line out of Toronto, with a focus on sustainability and ease. Since 2009, designers Shawna Robinson and Natalie Syorduk have been churning out collections that have received accolades from most if not all of the major fashion publications in Canada. On the eve of their final curtain (Robinson and Soryduk will be hosting a final sample sale and closing party tomorrow at Levack Block), I spoke with co-founder Shawna Robinson to get her take on what works and what needs some work in the Toronto fashion and retail industry.

Tell us a little bit about how LABEL first started, and what you and Natalie were hoping to achieve with your brand?

LABEL started when Natalie and I met while working part time at a clothing store on Queen St. Her modeling career was slowing down, and I was doing some freelance styling work but had always wanted to have my own brand. We started talking about what we thought was missing from the contemporary market, and how we wished that there were more quality garments available in the $60 - $250 price point that weren't made of polyester, or made overseas. Essentially, we were trying to create contemporary basics with a twist, but made in Canada and sustainably designed and manufactured.

What attracted you to starting your brand in Toronto? Was it simply a means of convenience, or is Toronto really a hub for independent fashion designers?

Well, starting in Toronto was mainly due to the fact that we both lived here and had no plans to move. I think there are actually limitations to building a business in Toronto. Rents are very expensive, the production facilities that exist are incredibly expensive (and not particularly high quality) and Toronto consumers tend to support big brand names and not smaller brands. Even if you go to Montreal you'll see a huge difference in terms of support for unknown brands. Here in Toronto it's all about international brands, which is why, from day one, we were pursuing the US market.

Can you explain why it is that you decided to shut LABEL down for good?

Shawna: Without getting too much into the dirty details, we really felt that our product offering wasn't successfully competing with other brands with a similar price point and aesthetic. LABEL was not really 'designer', more 'contemporary', and larger companies can produce similar styles with retail prices way lower than what we were able to offer. The capital investment to start a brand like LABEL is really high, and when we started LABEL we were in our early 20s and we were completely self funded. For the brand to keep going we would have had to do a major overhaul, and I don't think that Natalie or I was willing to invest that much financially or personally. We are both just ready to go on separate paths. 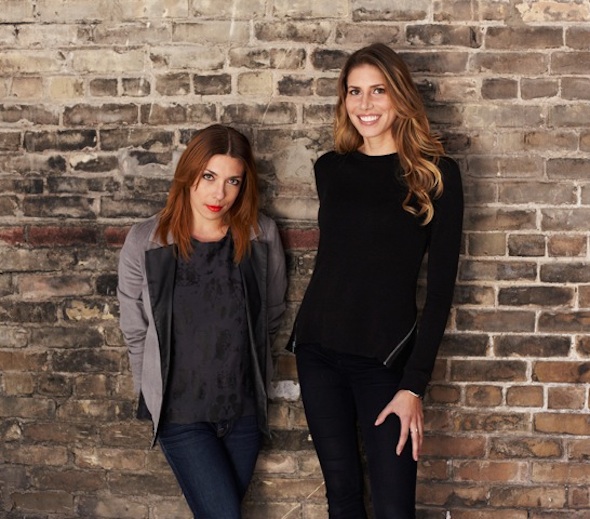 Is the retail industry in Toronto a part of the problem? How does (or can) Toronto's retail industry play a role in helping to sustain born-in-toronto companies? Do you think there's a way for the retailers to shape the consumer trends?

I don't think so, actually. There are so many great independent boutiques in Toronto who carry smaller brands. I think it falls to the consumer market-they don't like spending a bit more to get something unique, which then creates a problem for the retailers who have taken a huge risk in the first place in purchasing a smaller label. Customers are very price-sensitive these days, and they prefer to buy three dresses from a chain like Zara, rather than one from say, Sid Neigum. It's mass consumption at it's worst. Obviously, I'm generalizing.

You were heavily involved with organizations like The Collections and Toronto Fashion Incubator. What role do you think supportive, funding groups like these play in Toronto's fashion industry? Are companies like this unique to Toronto?

I'm not sure that they're unique, but they're very important! Like I mentioned earlier, when Natalie and I started our business we had no business plan, no studio, no idea what we were doing. We had a strong sense of what type of garments we wanted to offer, and the type of branding that we wanted, but other than that, we were babes in the woods. We applied for the TFI designers residency and luckily were accepted. Susan Langdon (founder of TFI) was an amazing mentor, and the TFI program is so unbelievable when you think of all the things residents get access to.

Subsidized rents, mentorship, access to equipment, it's really great for start up brands. As for The Collections, Dwayne, Mel and Brian are definitely spreading the word in terms of emerging talent in this city. The shows that they produce are flawless, and they curate a wonderful roster of talent every year. People are paying attention, which is great for the individual designers involved, as well as the city as a whole. 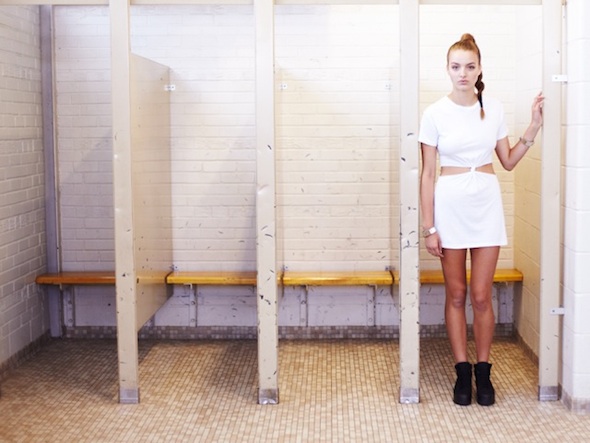 It seems as though then, that there are so many programs out there meant to foster the talents themselves, but perhaps what Toronto is missing is a way of really educating the consumer, and fostering a community of shoppers who understand the merits of shopping local. Can you speak to that?

Yeah, I think you're right. If you go to New York, consumers want to buy the most obscure brand, they want to be the first person to be wearing something. But here, it's not like that. Most brands invest heavily in PR in order to get Canadian media talking, just to be able to compete with the international talent that is so widely represented here in our city. Then again, I don't think that consumers should feel like they have to buy something just because it's local. They should also love it. So I do think it's about the designers finding their market, and playing to it. There are many very successful designers who are based here, but sell mostly overseas, or in the US. At the end of the day it's up to you (as a designer) to figure out where your product fits in, and then offer it there.

Correction: The intro to this article has been altered to address some factual errors regarding designers who are not, in fact, based in Toronto (Mark Fast, Erdem Moralioğlu).