Battle of the Pop-up Shops

There's either something in the air, or designers and collectors are trying to seize a little retail opportunity before the winter chill. And I'm sure it's anything but a coincidence that these pop-ups arrived just in time for LG Fashion Week. In any case, and for whatever reason, Toronto saw the opening of three new pop-ups this week, all within walking distance of one another at Ossington and Queen. And similarities don't start and end with their kickoff dates and neighbourhood. I visited CBE, Pop Pop Shoppe, and Philip Sharks' Ossington Trunk Shop to see just what these local-focused pop-ups had to offer.

CBE, 1052 Queen St. West
CBE, which stands for Clothing Brand Experiment, lures you into its Queen West pop-up with a cool little window display created by local artist Lauren Hall. The displays, I'm told, will be rotated regularly throughout the duration of the pop-up, which is expected to stay put at least until December.

The idea behind CBE was conceived by Elly Green, who isn't in to chat but has made her mantra very clear. In short, the focus is local. Everything CBE is made and manufactured in Toronto, within 50km or less of the brand's downtown studio.

Her staff shows me CBE's signature hoodies, which are colourful, terribly soft, and mostly unisex at $139 apiece. Naturally, however, I'm more drawn to the doggie hoodies, which start around $40 and go up depending on size.

CBE also produces a line of Limited T's ($42), created in collaboration with local artists including Lauren Hall (see above) and Josiah Gifford. In addition to CBE merchandise, the pop-up showcases pieces from around 15 other designers, including Genevieve Jodouin brooches, Sarah Ottwell mittens, and awesome one-of-a-kind hats made with reclaimed fur by Julie Sinden, selling here for a steal at $25. 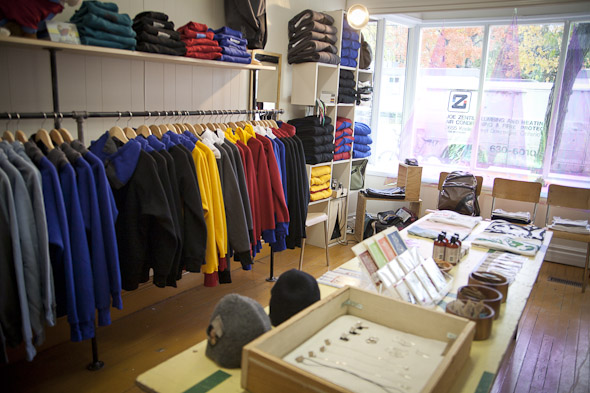 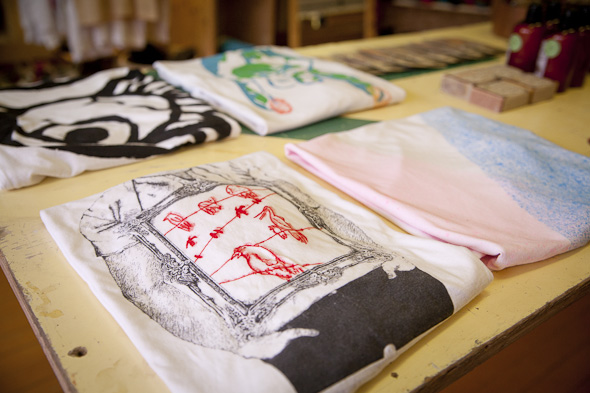 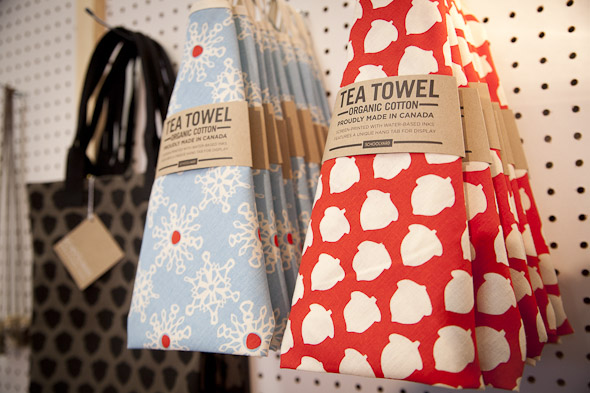 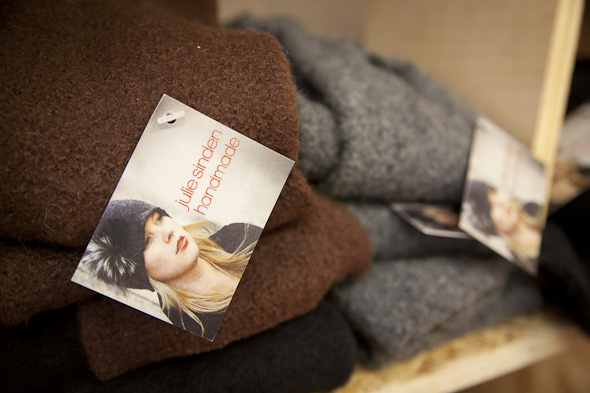 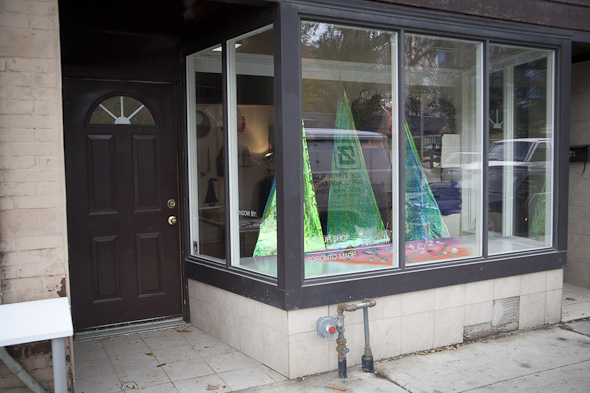 Pop Pop Shoppe, 94 Ossington Avenue
With the gorgeous frame of the old Paramour Restaurant on Ossington, Muttonhead Collective has teamed with LABEL to open its Pop Pop Shoppe running until Sunday, October 23. Paige Cowan, who represents one third of the team behind Muttonhead, walked me through the shop and gave me a bit of info on each of the designers behind some of the pieces at Pop Pop.

Of course, there were some more familiar labels, such as Chloe Comme Parris and Aeroplane Vintage Eyewear, but Paige introduced me to some new-to-me Toronto brands. One was such Chuchara, which makes unique, end-heavy necklaces using crystals and other materials, and Headmistress, another local brand bringing Pop Pop its vintage-inspired turbans selling for around $65.

There was a lot to see, plus PWYC coffee, but through it all my pick was Muttonhead's cropped longsleeve hemp/organic cotton tee, with a leather front pocket made from recycled leather ($65) 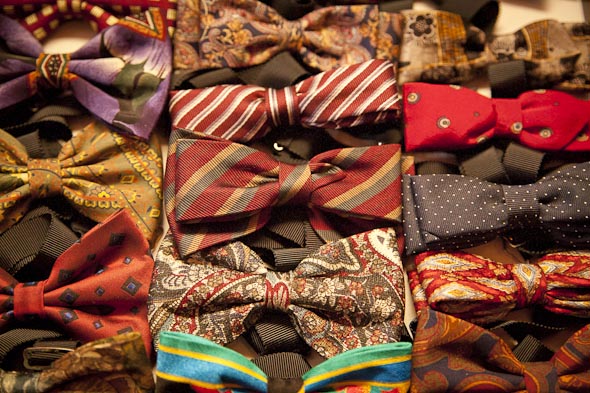 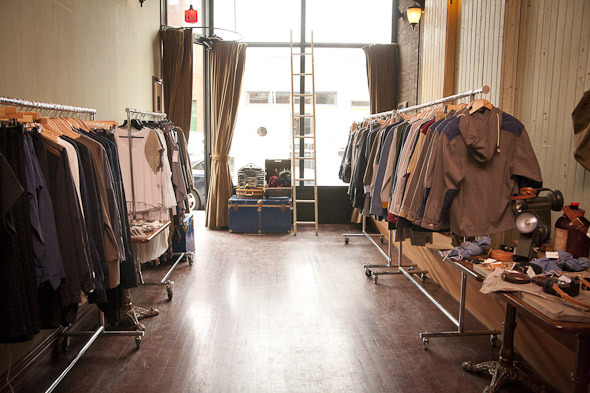 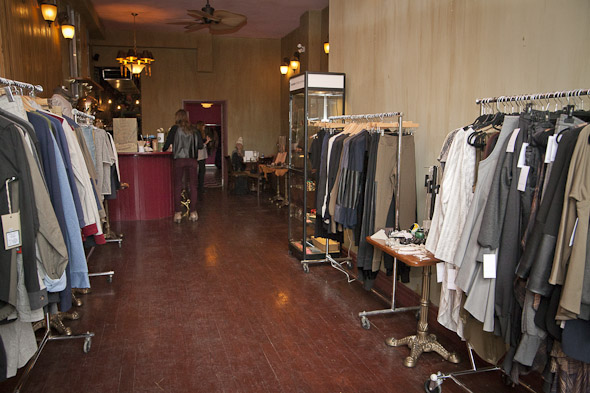 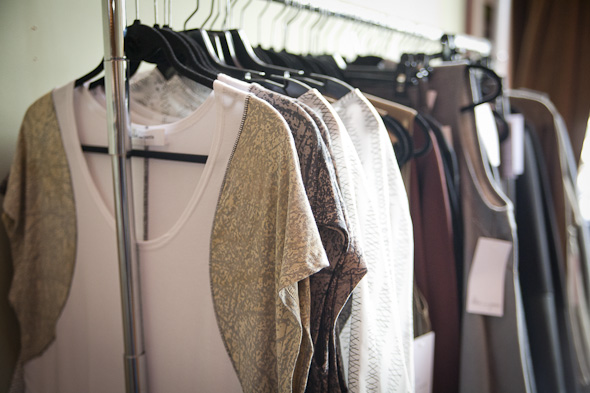 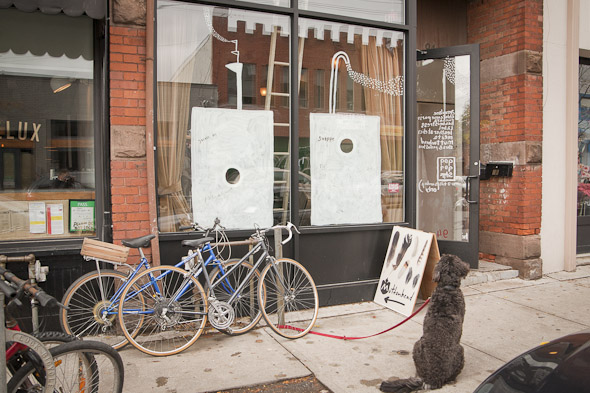 Philip Sparks, 63 Ossington Avenue
And from leather to mountain sheep wool. Philip Sparks has opened his pop-up--or, uh, trunk show--in the I MISS YOU-owned space on Ossington just north of Queen. Just off the heels of his last pop-up at SMASH in September, Sparks is showing off his new-ish womenwear addition to his tailored, modern-nostalgic men's collection.

There's plenty of mountain sheep here, filling the collar of his olive canvas parka ($750) and the navy and brown checked peacoat ($985), among other items.

Sparks has been designing mostly menswear for the past five years, so I was interested to get up close to check out the women's pieces. I was immediately drawn to a full black wool and linen pleated skirt ($315) as well as a pair of sleek black cords. Sparks will be here until Sunday, October 23. 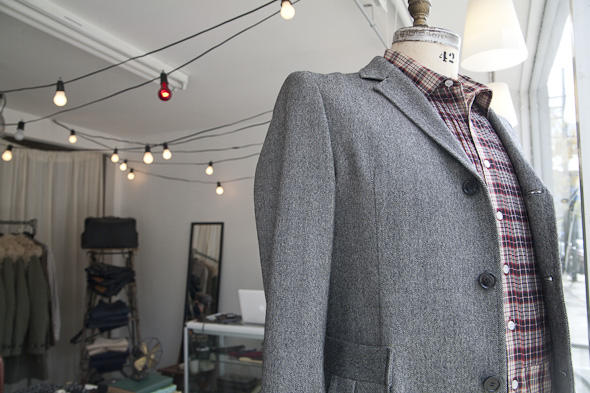 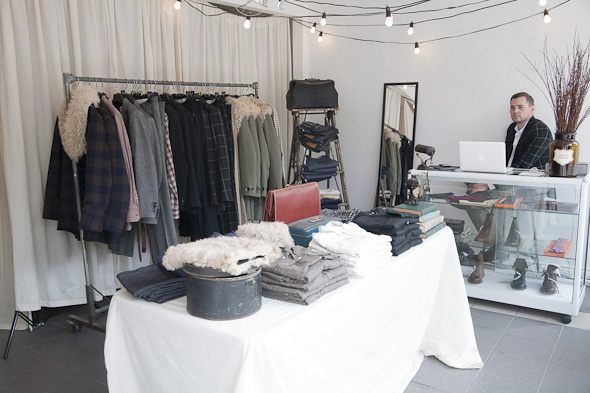 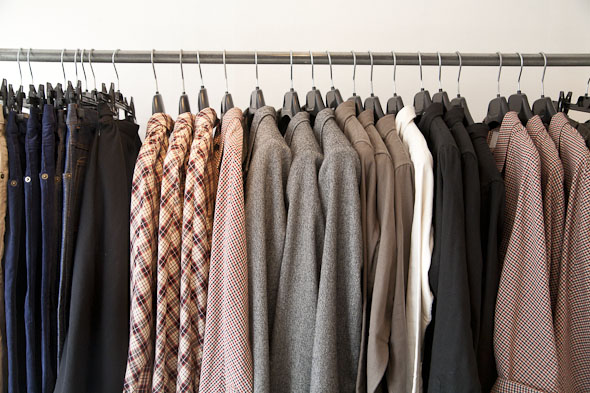 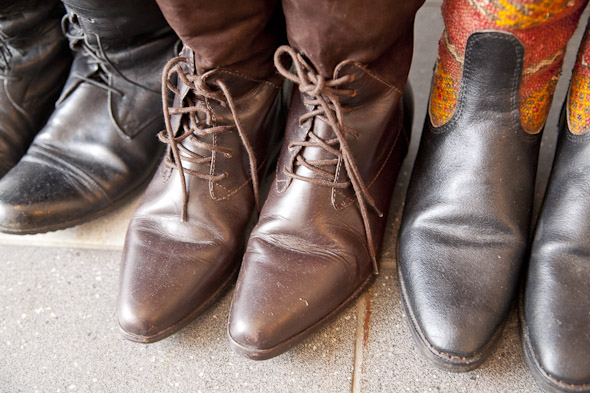 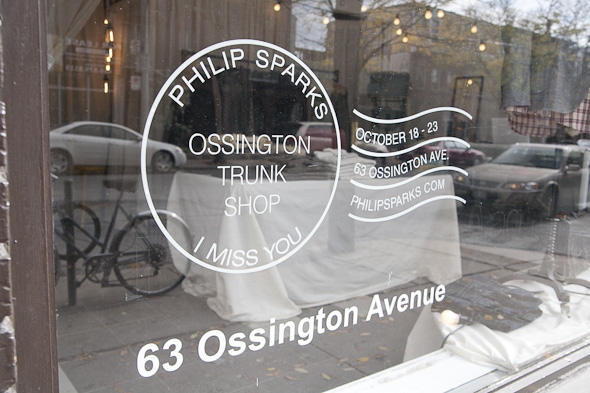