Labeling something as art of fashion is pretty dicey considering that both terms are fairly subjective. When you read about something like Art of Fashion, you expect that either the designs will reflect an artistic movement or the clothes themselves could be viewed as art. During the Nuit Blanche event - held at Kingwest Fitness in Liberty Village - rarely was either assumption correct.

Entering the space, there was a Vaudeville-esque demonstration of sinfully clad dancers dressing the walk upstairs. My initial reaction was that I had entered a brothel, but surely brothels hold less people. I also saw plenty of familiar faces and I don't think happening upon someone's sexual secret could be this easy. Instead, it was a packed house for Art of Fashion, an annual event that holds aspiring designers hand selected by a group of esteemed judges. 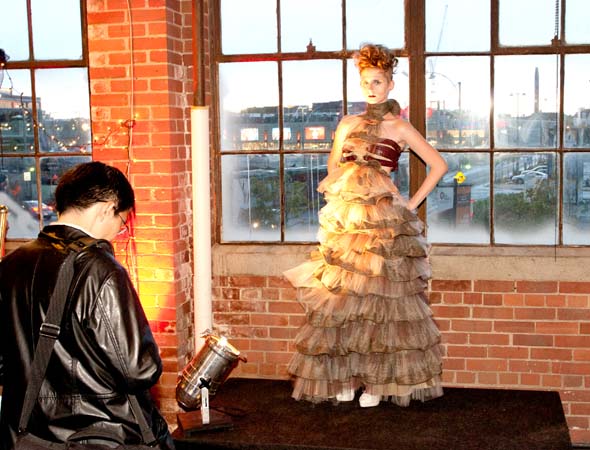 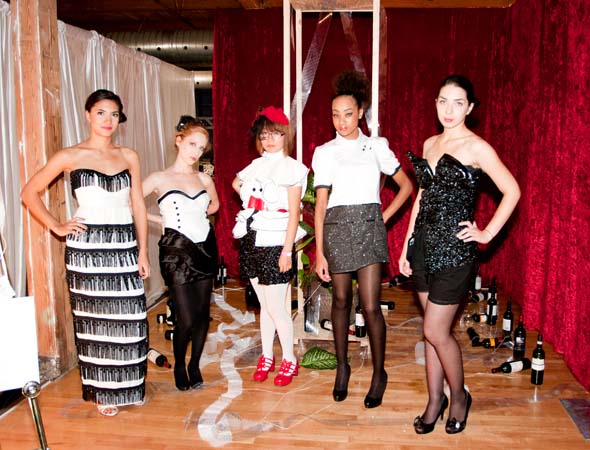 The designers were divided in the space by a series of vignettes, decorated by the designers to reflect the mood of their collections. The stand out of the show was Stephanie Ayoub, who used inspiration from Degas and Manet to create a series of ballerinas. A long-sleeved dress in velvet is detailed with lace applique and a contrasting white collar. A simple, yet elegant approach to Degas' ballerinas. 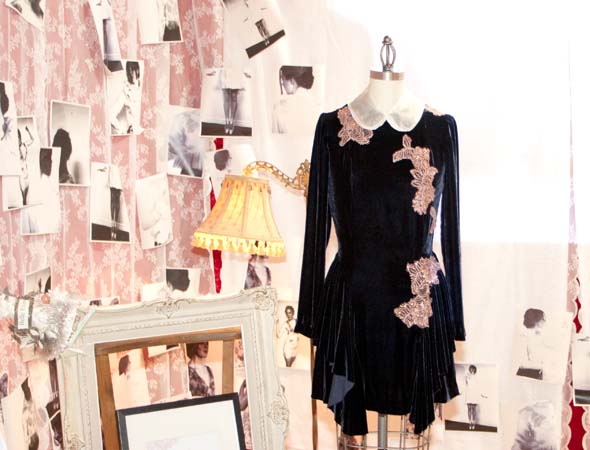 Stephanie Mahseredjian showed her talent in a much different way. While pieces seemed over-embellished at times, her work with silk deserved some applause. All hand-crafted, Stephanie mixed lace, tulle and silk like a pro - a bridal option with beaded fabric was a testament to her skill as a designer, fitting perfectly and offering a slim silhouette for a younger bride looking to show off on her big day. 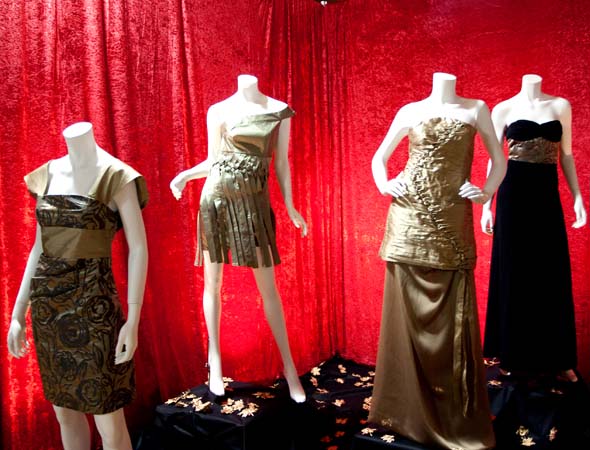 As for everything else? It was pretty crafty and not in a "pretty sneaky sis" sort of way. For some reason, Mark Aguilar's collection read more "Super Kawaii" than Belle Epoque with outfits that met the brief if this was a styling competition for a harem of Harajuku girls.

Fuy-Na Tse managed to make silk look cheap with her asymmetrical cut dress fitted with what appeared to be a waistband. A final last minute add-on (or what appeared to be) was a fur collar, because that will make it "luxury" (sarcasm). 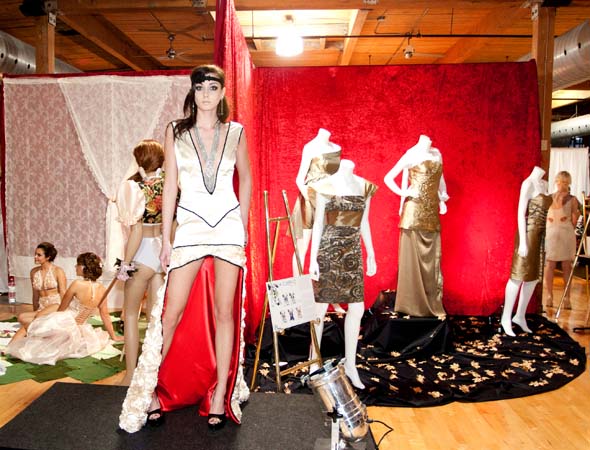 As for Amber Watkins, there was something to her collection and that was the abundance of flesh. Not to mention, a very well designed vignette - I was left wondering why the same attention to detail was not given to the clothes. A pair of ill-fitting peach silk "bloomers" were worn by one model with a sheer bra - the bra was of course outfitted with rosette-like bunches of fabric to distract from the nipples. Of course. 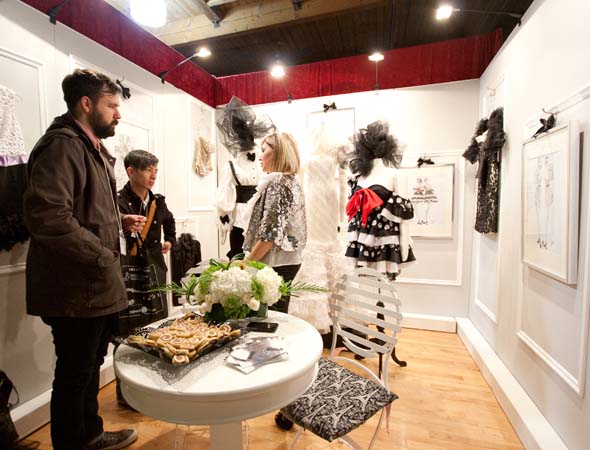 There may not been have a lot of excitement at this year's Art of Fashion, but I will applaud the efforts of any designer who is willing to stick it out all night. Most designers will tell you that to make it in the business of fashion, you need to be resilient and I think it goes without saying that being able to talk up your designs all night is a step in that direction.