Uniqlo has landed in Toronto bringing all of its multi-hued, basic glory to the corner of Yonge and Dundas. The Japanese retailer is cozying up inside a 27,400 square foot space located between Nordstrom and H&M at the Eaton Centre.

And when I say basic, I mean it in the best way possible because Uniqlo sells affordable basics in a slew of colours for women, men and children. 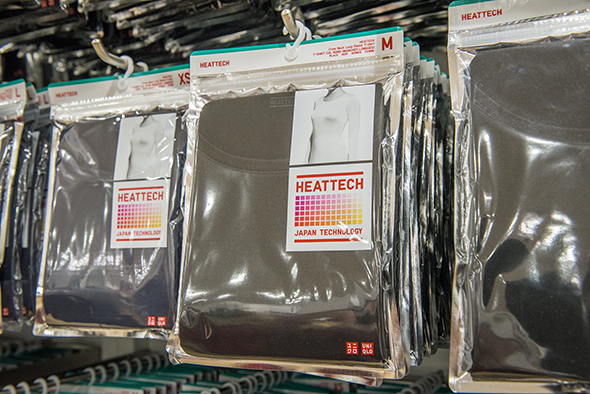 From light-weight, packable down parkas (starting at around $89.90), to Argan oil-infused Heattech undershirts that'll keep you toasty in the winter months ($19.90-$29.90), the price-points are seriously approachable here. 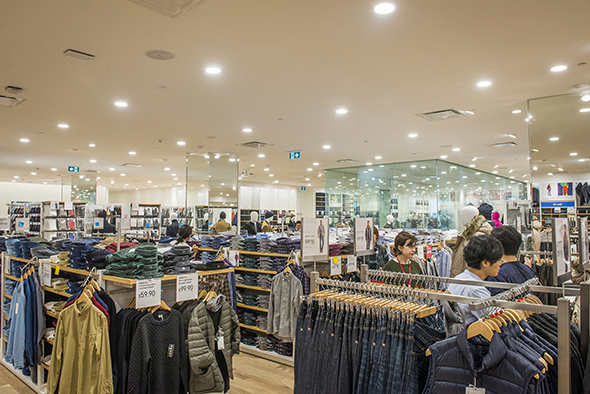 The store spans two storeys and features men's and women's clothing on the first floor, with more merchandise as well as the children's section on the second level. 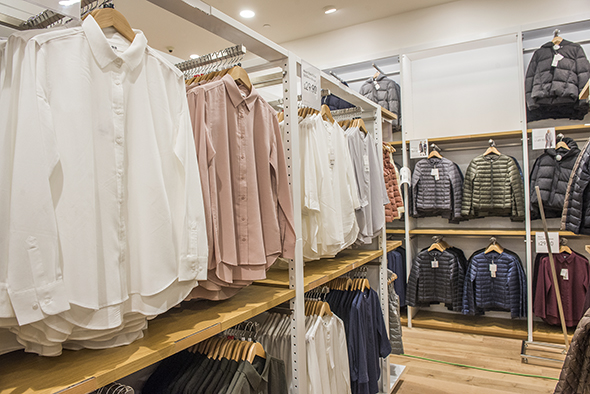 There's plenty to browse through, with clothing stacked all the way to ceiling in certain areas. Apparently Uniqlo prides itself on trying to have items in various sizes and colours available at all times. 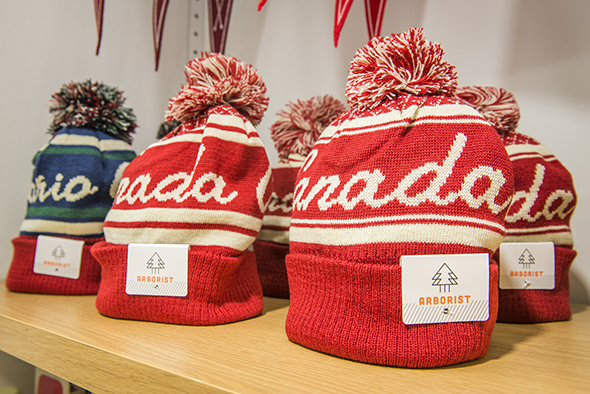 To introduce itself to the Toronto market, this Uniqlo takes on a distinctly Canadian vibe. A table full of plaid shirts greets me at the front of the store and one wall showcases four Toronto brands, including the Drake General Store , Souvenir Studios , Monocle and Blacksmith Cycle . 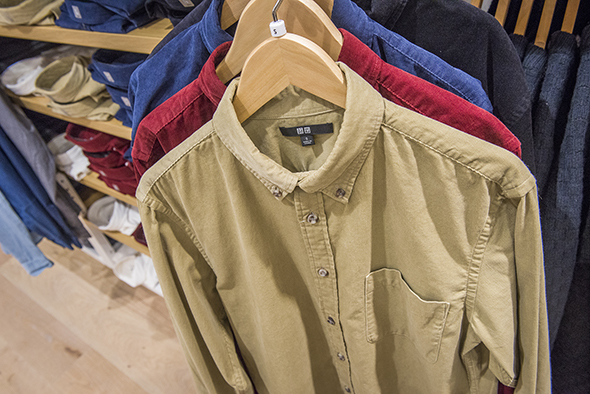 It's the first time Uniqlo's ever featured local companies in one of its stores. Uniqlo Canada COO Yasuhiro Hayashi tells me he and his team will switch up which brands they highlight about every two to three months based on a seasonal theme. 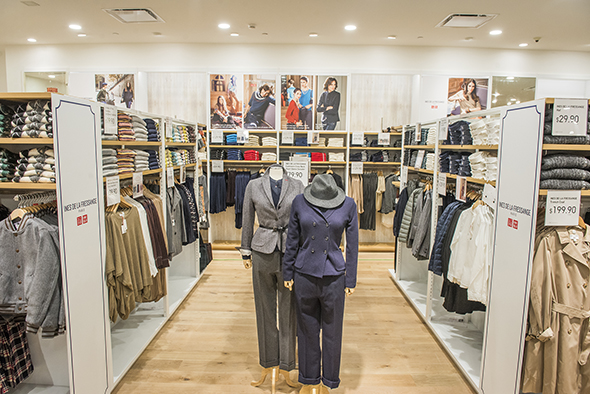 Along with this unique section, the store has some of the Uniqlo's more well-known capsule collections, including Ines (by Ines de la Fressange) as well as Uniqlo U. 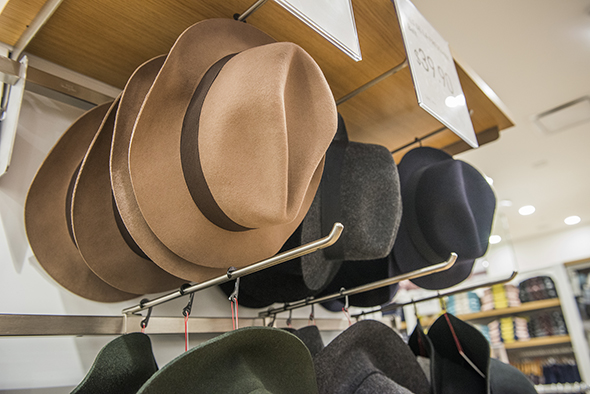 Hayashi describes this line, by Christophe Lemaire (a former artistic director at Hermes), as elevated basics. And indeed, this collection features pieces that are a bit more playful than what you might usually see at Uniqlo. 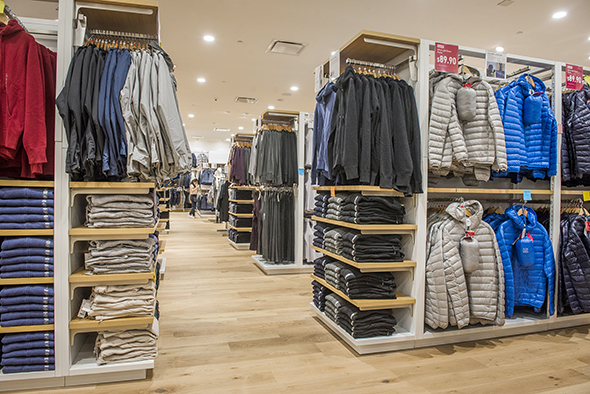 With winter just around the corner, Uniqlo's showing lots of jackets and coats, along with cold weather accessories, such as stoles ($29.90) - these are really just super soft blanket scarves with a fancy name. 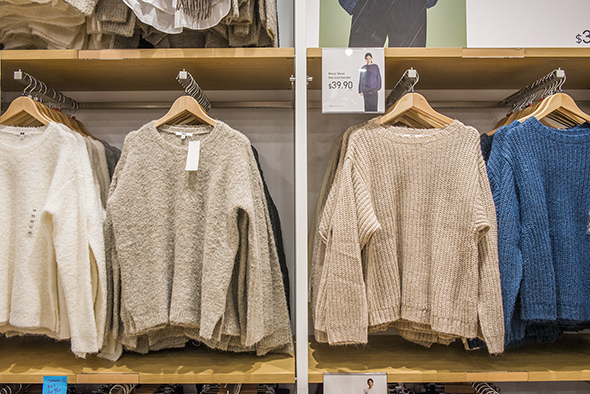 There also lots of chunky knit sweaters, including some priced under $50 for those of us who don't want to splurge on cashmere. 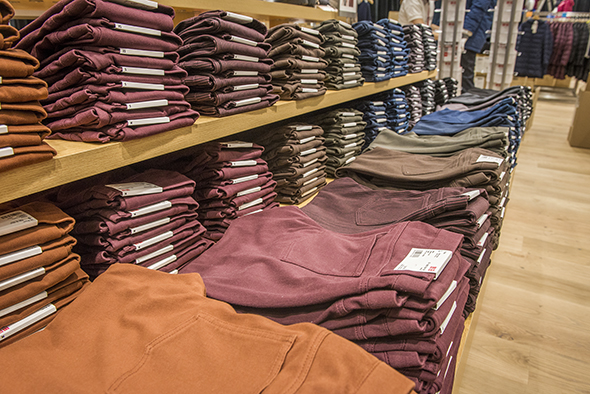 With Nordstrom next door, Uniqlo provides a nice change of pace with colourful clothing that won't induce sticker shock. 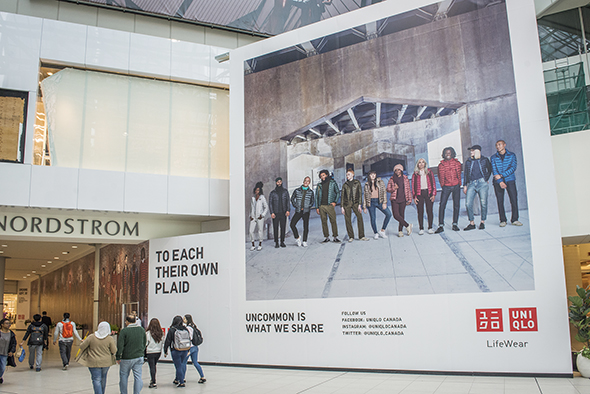